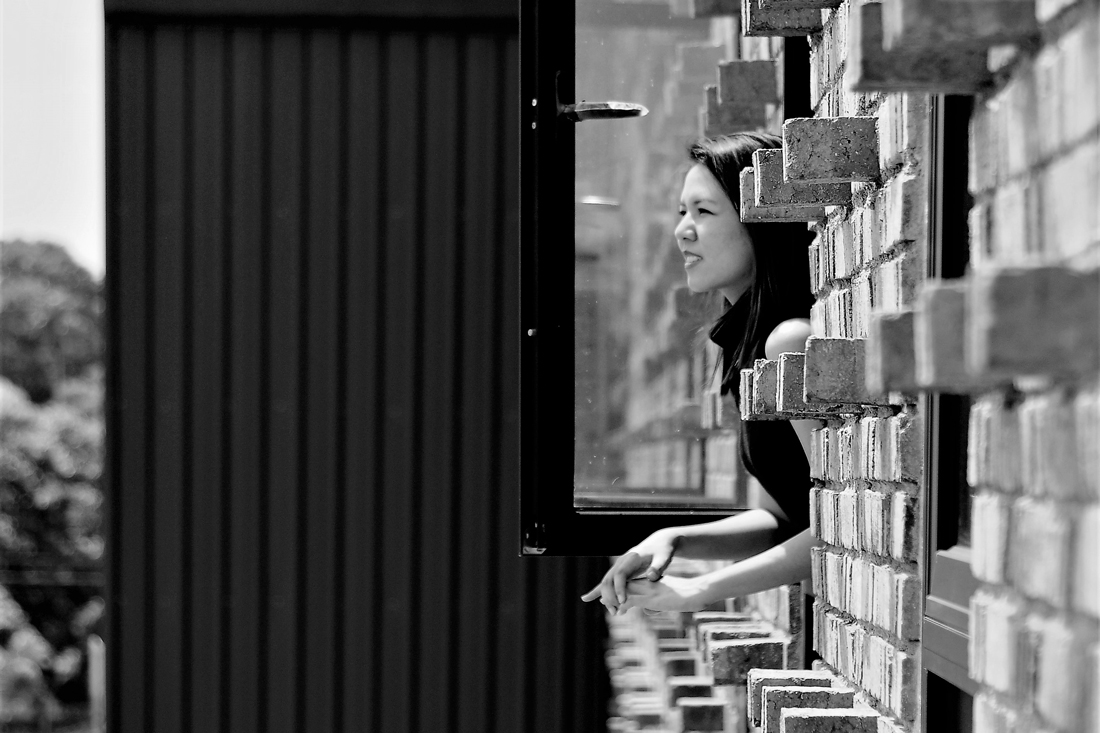 In her renovation project named the Living Grid House, Lim Shing Hui developed a volumetric screen that’s invigorated by the lively weaving of plants. In A Series of Barns, she dressed the facade of a developer’s office and showroom in Johor Bahru in an assortment of shaded voids, pristine glass surfaces, greenery-cloaked canvases and rustic brick experiments.

A Series of Barns

These projects by L Architects epitomise clarity of form, each guided by a singular idea and minimal materiality. Lim Shing Hui founded the firm in 2016 after she worked at MKPL Architects for several years. Together with her team member Tse Lee Shing, Lim creates uncomplicated, aesthetically pleasing solutions that address real issues such as thermal comfort, usability and longevity. 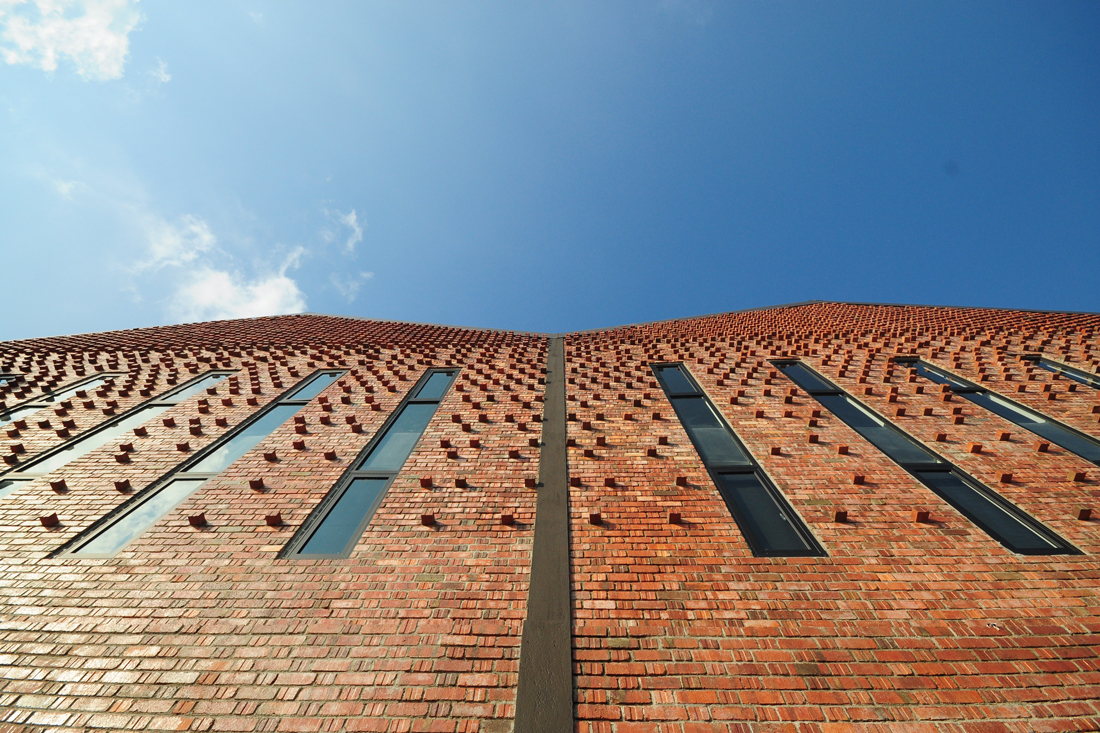 A Series of Barns

“In this age everyone wants instant results. But with architecture, you are constantly being put in situations that require time to resolve.

Lim cites Lugwig Mies van der Rohe as an inspiration. During her second year of architecture studies at the National University of Singapore, she read about the legendary architect after making a 1:50 scale model of the Barcelona Pavilion for a project. “I like how he starts creating by asking very simple questions. For the Barcelona Pavilion, he asked, “Can I make a room with three walls instead of four? The result is a trailblazing series of free-flowing spaces bound by full-height glazing systems,” she shares. 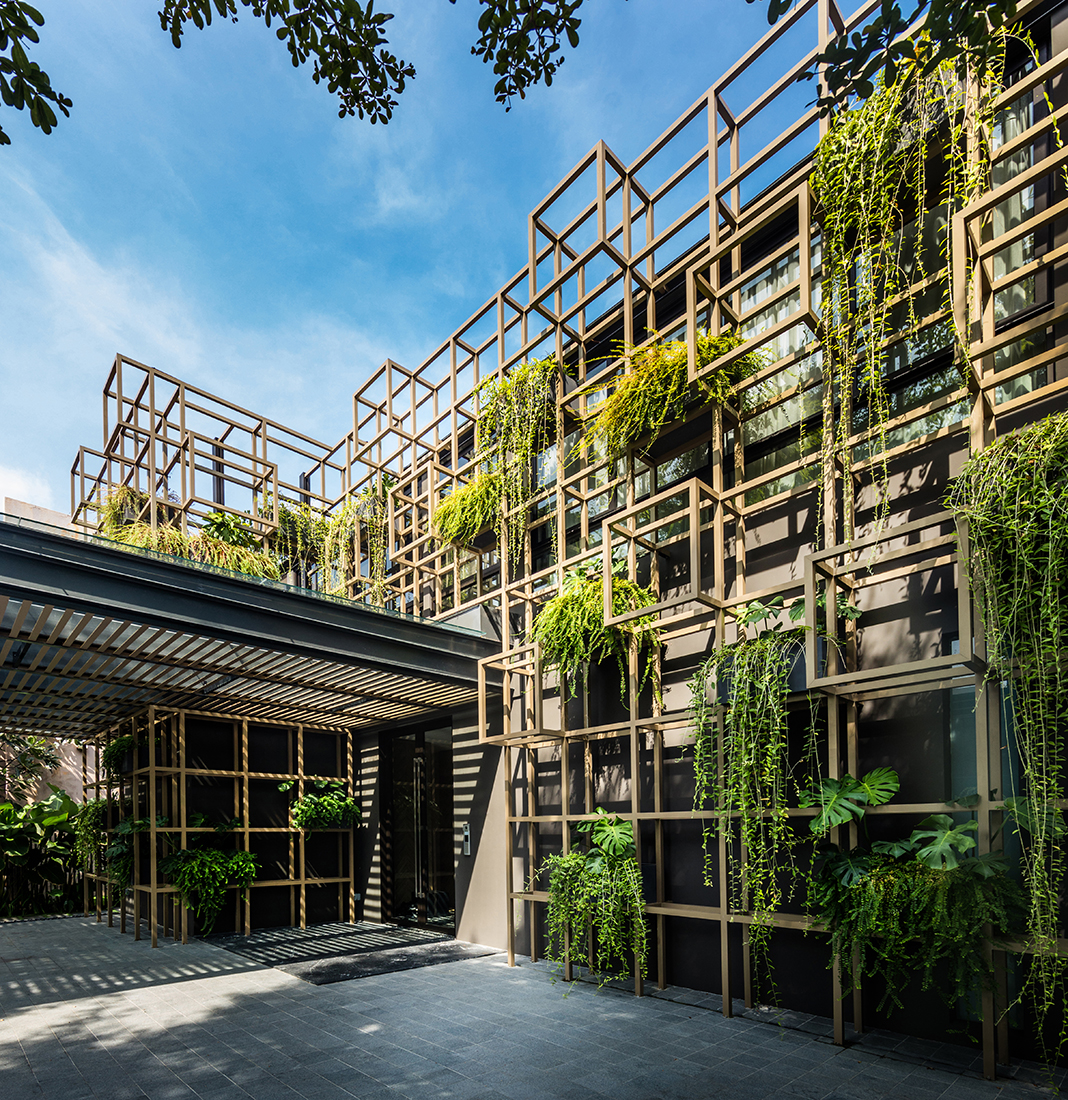 Lim also likes working with a simple, single material for each project. “With one uniform material, how can we create different textures, and invent something interesting?” she asks. For the Living Grid House, she tested the use of aluminium tubes as they were light and offered the second function of channels for watering the planters. In A Series of Barns, she explored a tessellated brick pattern that gives scale and texture to the large facade surfaces. 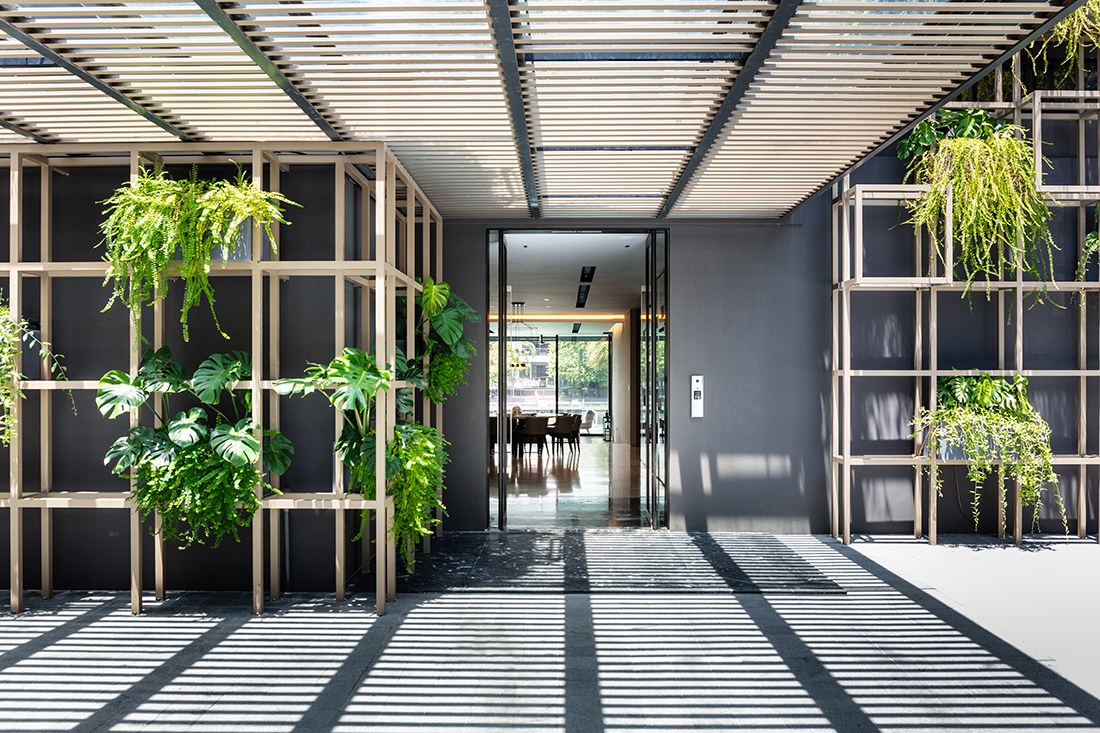 These solutions are also regionally appropriate. Lim believes it is important to enlighten clients to the boons of our natural environment. “In the tropics, greenery thrives so why don’t we capitalise on it? Another thing is that being here, we get a lot of heat and humidity but that doesn’t mean we need to hide in air-conditioned spaces,” she adds. Lim is most delighted that in the Living Grid House for instance, deep overhangs and surrounding planters enable the occupants to enjoy their daily dinners on the outdoor patio. 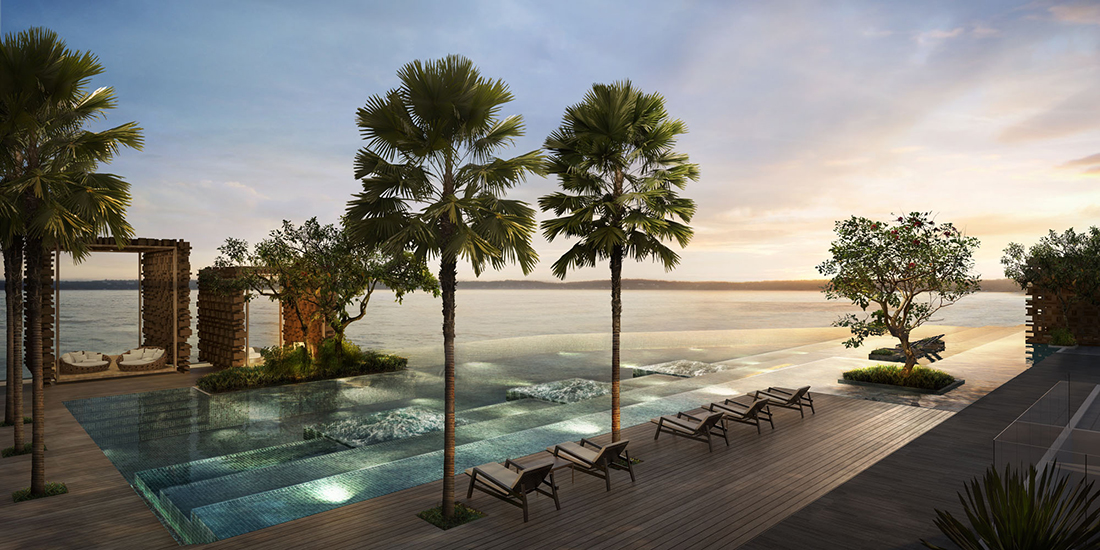 The architect’s passion for her work is palpable. Being an architect appears to be a natural fit for Lim, who was not unfamiliar with architecture prior to studying the subject. Her father is an interior contractor and his family was an early supplier of natural stone for Singapore’s construction industry. 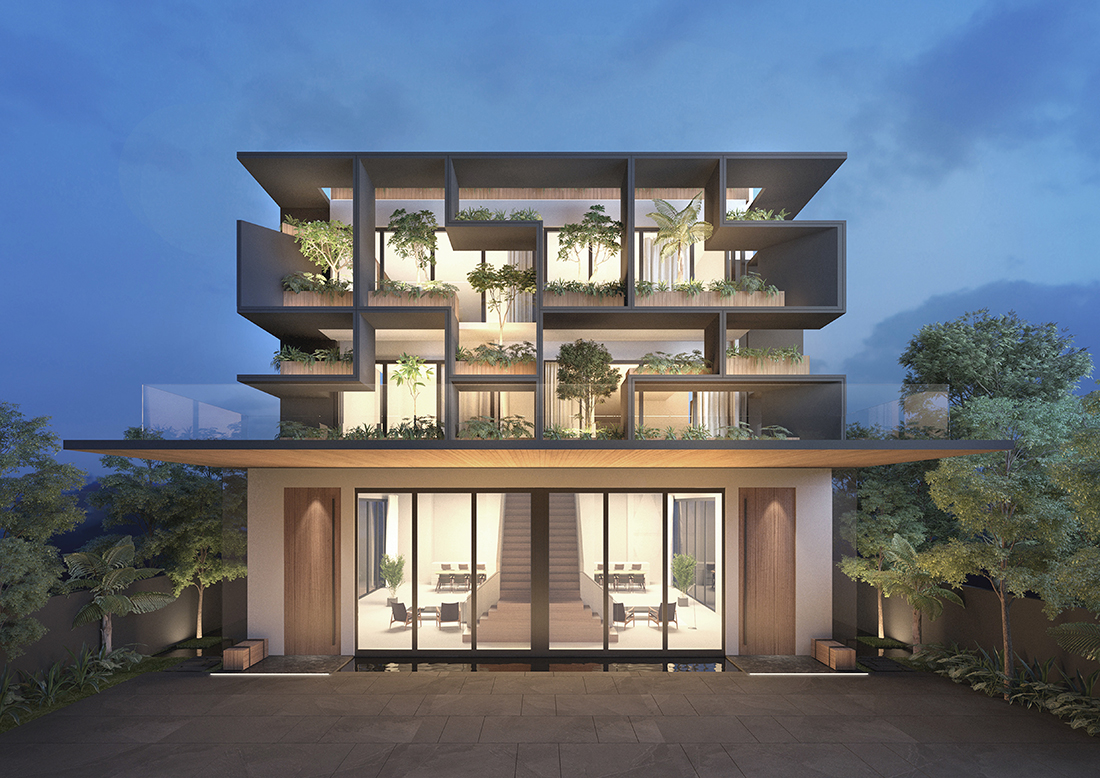 Lim appreciates how her studies and further architectural training equipped her with important life skills such as critical thinking and perseverance. “Even designing a small landed house takes more than two years to complete from the day you start conceptualising the idea with the client to getting it built,” she says. “In this age everyone wants instant results. But with architecture, you are constantly being put in situations that require time to resolve. I see it more of an endurance race than a sprint.” 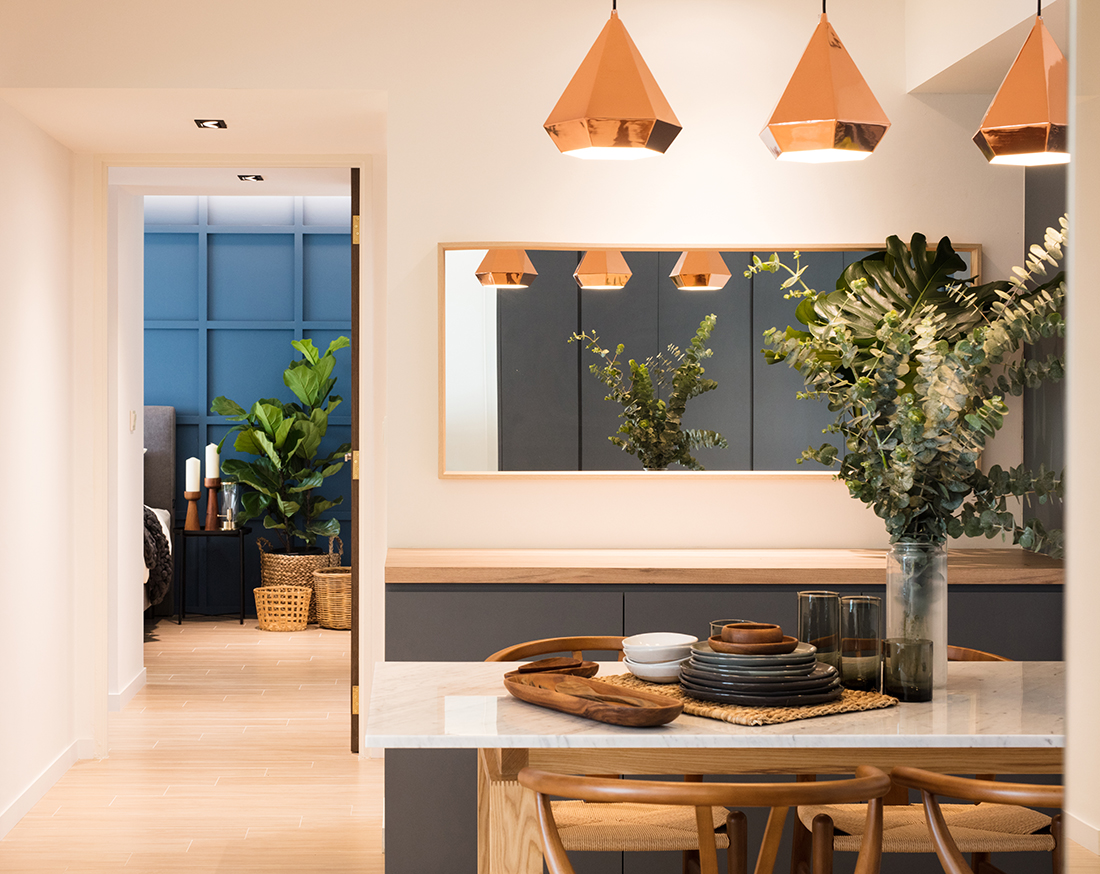