Her plant-filled studio is known as The Wonder Facility and there’s plenty that’s wonderful about designer Olivia Lee’s work. She’s one of our respected INDE.Awards 2018 Prodigies. Will she get your people’s choice vote for Prodigy of the year?

“As we approach peak stuff, the focus areas should be those that need design – agriculture, supply chains, ecosystems, bio design, technology – all these areas would be great themes to talk about,” said Olivia Lee at Indesign Media Asia’s Milan In Review panel discussion in 2017.

Lee, who had just returned from her first display at Salone Satellite, was referring – with a level of insight appreciated by the audience – to whether the world’s biggest design week had the breadth of focus that would be most beneficial to the future of design and our lives. The projects that attracted her in Milan in 2017 were those that had something to say – be it about a new way of recycling waste material, or aligning with a new kind of business model.

And there you have a window into the mind set of one of Singapore’s most exciting young designers. 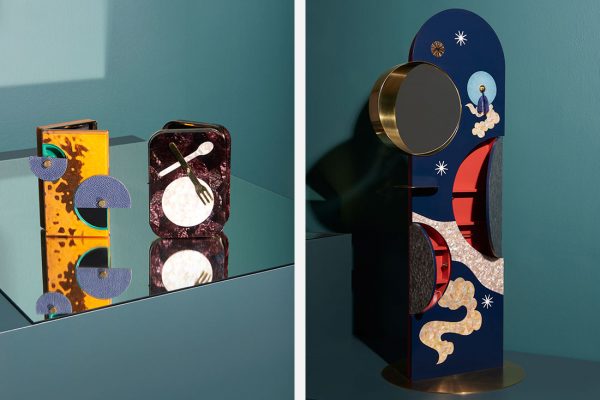 The Secret To Longevity, presented at the recent Wallpaper Handmade exhibition. “A preview of things to come in Milan,” says Lee

Lee’s eponymous design studio is grounded by an industrial design approach, but pivots from product to spatial design, from research insights to ideation, with the goal of creating unique experiences. Lee focuses on uncovering new rituals and behaviours, navigating the tension between tradition and the future, and bringing brands into unexplored territories through design and narrative. 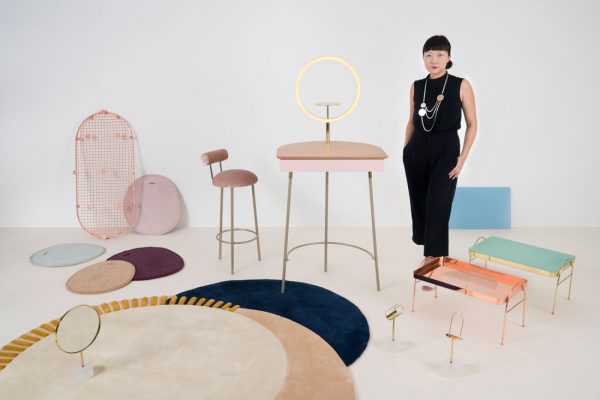 Where Athena Lives: The Athena Collection. Photo by Studio Periphery

Her Athena Collection – shown at Salone Satellite last year ­­– was all about how technology is changing our lives. Today, suggested Lee, Athena would be a goddess of technology. The collection is “a range of objects that are technological in an analogue sense,” she explained at her Satellite stand – analogue objects for digital habits. “They don’t involve any electronics but they work together with the way we use social media, the way we use video calls on our phones, the way we have such an intimate relationship with our handheld devices.”

Hence, she created a rug with tactile details and borders to demarcate virtual and physical space during gaming or VR use; a series of sceptres with various functions (from swivelling smartphone holder to personal mirror); a tray table to cater to laptop use and leisure; and more. 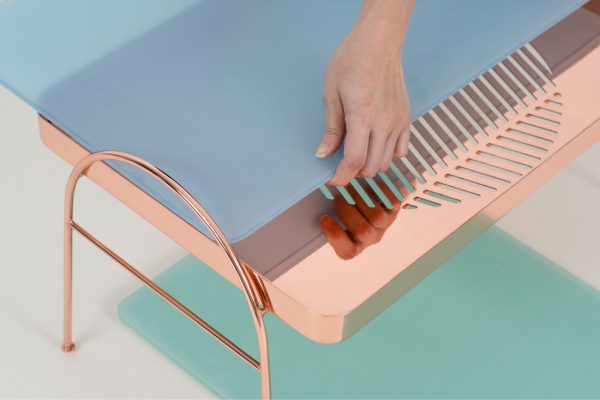 Tray table from The Athena Collection. Photo by Studio Periphery

Lee has produced work for international partners such as Hermès, The Balvenie, Mann+Hummel, Samsung, Mathmos, Bank of Singapore, Economic Development Board of Singapore and the British Council.

She’ll be exhibiting at Salone Satellite again this year, so if you’re visiting the fair, drop by her stand for a chat. You can be assured it will be an insightful encounter.

Is Olivia Lee your Prodigy of the year? It’s the people’s choice. Have your say at indeawards.com and she could be taking home the INDE.Awards Prodigy trophy for 2018. Voting closes on 1 May.

Join us at the INDE.Awards 2018 Gala as we celebrate The Prodigy of the year, presented by Cosentino.