Ho Chi Minh City could be Asia’s next garden city. At the forefront of the movement is Vietnamese architect Vo Trong Nghia, changing the perception of ‘green’ sustainable architecture, one project at a time.

Ho Chi Minh City could be Asia’s next garden city and a rival to Singapore. At the forefront of the movement is Vietnamese architect Vo Trong Nghia, changing both the perception and desirability of ‘green’ sustainable architecture, one project at a time.

The youngest of seven brothers, Vo grew up in a small village of Van Xa in Quang Binh province. Suffering from the aftermath of the war, the village survived by cutting down the forested area around it for timber. By the time Vo turned 20, his village had destroyed the entire forest in the area. This challenging period of his life forged the foundation of his architectural practice. 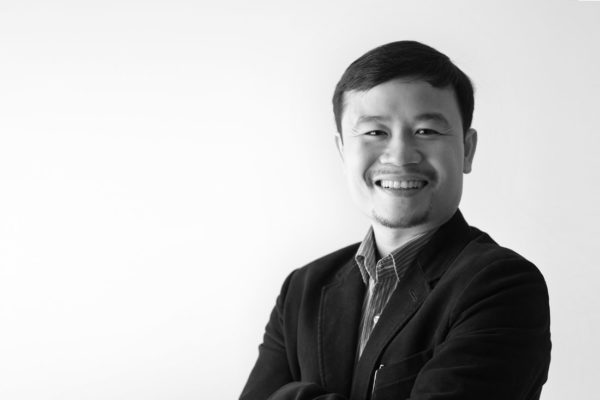 “I didn’t have anything else to do but study,” shared Vo.

His tenacity won him scholarships and the credential to enrol in the prestigious architecture programme at Tokyo University. Vo returned to Vietnam and established Vo Trong Nghia Architects (VTNA) in Ho Chi Minh City in 2006.

His decade away from Vietnam coincided with the city’s rapid development and subsequent destruction of its natural environment, which fuelled his determination to find ways to reintroduce and re-engage nature with his projects. The ultimate problem he is trying to solve with his practice, he said, is “how to connect humans with nature.” 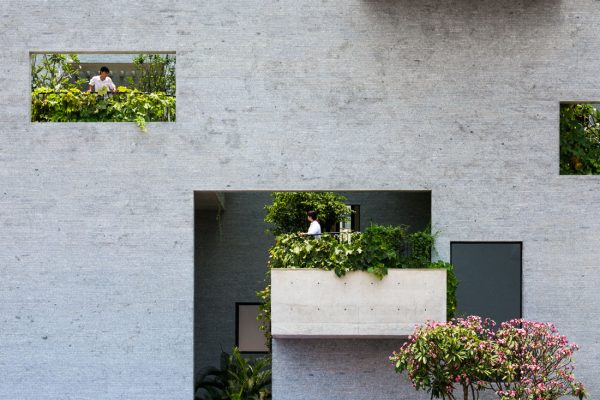 Over the course of 12 years, this determination has resulted in a strong portfolio that won him awards and accolades both local and international. A keen advocate of bamboo (which he dubs ‘green steel’), Vo has become the face of contemporary Vietnamese architecture on the international stage and he has inspired a generation of young Vietnamese architects. Some have called Vo, with his ‘lo-tech’ approach and his local material palette, as the refreshing antithesis of ‘starchitect’. 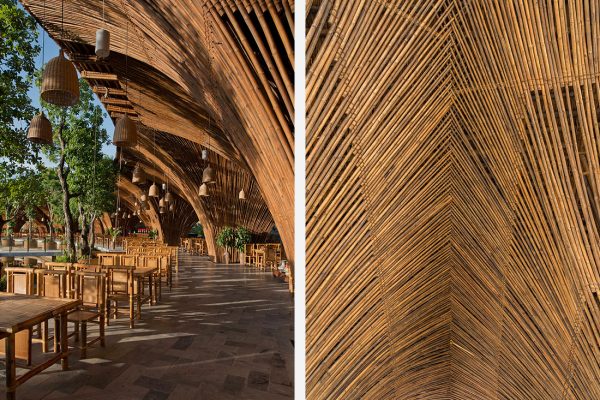 Vo’s portfolio spans typologies, with a shared sensitivity toward nature. Many of this projects started small, and they would later be revisited and expanded as Vo proves the value of his approach to both peers and clients. 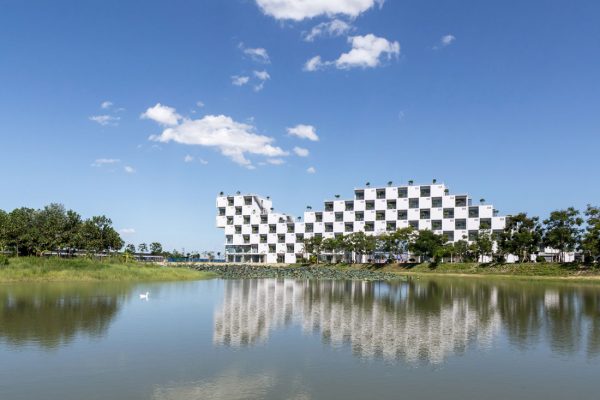 The Administration Building of FPT University. Photo by Hoang Le

VTNA’s recently completed administration building of FTP University in Hanoi is the gateway of a future masterplan of a globally competitive and environmentally conscious university. The facade of the building comprises simple concrete modules that allow for both speedy construction and high-quality finish. 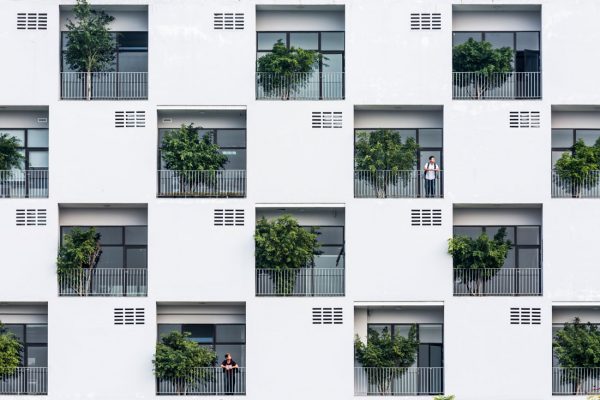 The Facade of Administration Building of FPT University. Photo by Hoang Le

His residential portfolio comprises the House for Trees series, which tests various prototypes of dwellings that approach density with enlivening greens. A case in point is the Binh House that features staggered mezzanine floor plates punctured by volumes of greenery that promotes passive cooling. 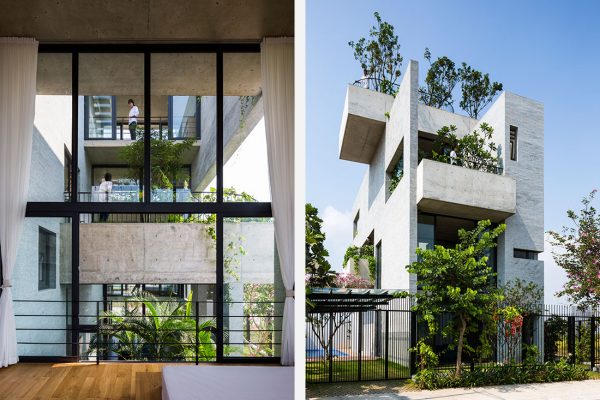 VTNA’s work in Son La, an ethnic highlands area in Vietnam, illustrates Vo’s thoughtful exploration of bamboo as an architectural material. VTNA designed a hospital complex with a series of amenities that include the Son La Restaurant (2013), a ceremonial hall (2015), and five ceremonial domes completed April last year. The five domes were constructed purely from bamboo and the largest of which reaches 15.6 metres in height. The complex has become the city’s most famous landmark. 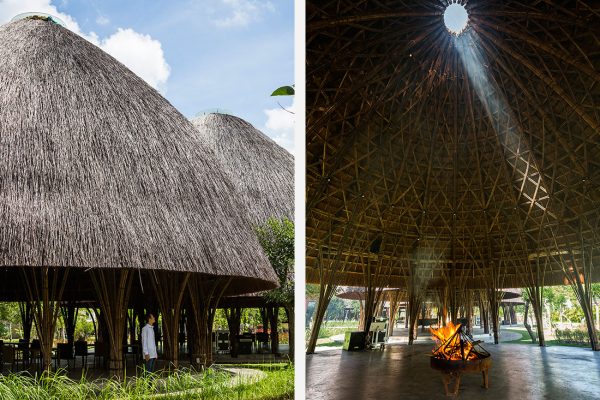 Is Vo Trong Nghia your Luminary of the year? It’s the people’s choice. Have your say and Vo could be taking home the INDE.Awards Luminary trophy for 2018.  Cast your vote here for a chance to win a trip to Germany with Wilkhahn!  Voting closes on 1 May.

Join us at the INDE.Awards 2018 Gala as we celebrate The Luminary of the year, presented by Wilkhahn.