The Design Ventures And Adventures Of Sir Terence Conran

Everyday products that are “both beautiful and practical” – these are qualities Sir Terence Conran has always tried to capture in his work. By making good design accessible, he changed the face of British design in the twentieth century, and his legacy continues today through architecture and interior design studio Conran & Partners, retailers The Conran Shop and Habitat, and much more – all of which are good reasons why he received the DFA Lifetime Achievement Award in December 2018.

The Lifetime Achievement Award is one of many awards bestowed on designers working in and influencing Asia as part of the DFA Awards, launched by the Hong Kong Design Centre in 2003. Previous winners have included fashion designer Yohji Yamamoto and automotive designer Pinky Lai. Here, Conran, as the latest winner of the award, looks back on his life and some of his favourite design memories. Congratulations on winning the DFA Lifetime Achievement Award. What does winning this award mean to you?

It has lifted my spirits more than you could imagine – what a wonderful feeling to hear from practically the other side of the world that people have looked at your career and your achievements and decided to acknowledge that in perhaps the greatest way possible. It is particularly special because through Conran & Partners’ work in the region and The Conran Shop in Japan, we have made so many firm friendships in Asia. In fact, we are now about to open our first Conran Shop in Seoul next year, which is particularly exciting – they have the ambition to make it the finest Conran Shop the world has known so I expect the rest of us will be pulling our socks up! Which of the projects you have worked on – no matter how big or small – stand out in your mind? And why?

Throughout my career one of the things that has given me the greatest pleasure is the thrill of working with old, abandoned buildings or spaces and bringing them back in to new and exciting use. The contrast between modern design and existing, beautiful architecture creates a great deal of synergy. So I can honestly say that the day I opened Michelin House was the happiest of my life. The site of the first Habitat store was just over the road from the building and over the years I had fallen hopelessly in love with the delightfully quirky architecture of the Michelin Building. It had fallen in to a terrible state of disrepair but I dreamt about transforming it into a wonderful shop and – of course – a first-class restaurant.

Astonishingly, the building had not been designed by an architect but by the Michelin engineers from their factory at Clermont-Ferrand in France. It was a flamboyant advertisement of the achievements, hopes and aspirations of a company who helped develop the future of motoring and much more besides. A building like this would never be allowed to be built in modern times – just imagine what the planners would say if it was proposed today – but that didn’t mean that its beauty couldn’t be preserved.

I wrote endless letters to the Michelin headquarters in France asking them what they intended to do with the building as it appeared to be unused but nothing ever seemed to happen – until one glorious day in 1985 I discovered that they were prepared to sell so I immediately rushed to see their managing director. I promised him that I would restore the building to its former glory and that Michelin would be proud of the building when it was finished. It would continue to be a symbol of their brilliant company forever. After agreeing to repair all the original features, including the stained-glass windows, the Bibendum-esque light fittings and the damaged faience tiling on the facade, Michelin finally agreed to sell. Our enthusiasm had won the day and Michelin House was to be converted into a huge Conran Shop and a restaurant and oyster bar.

“A building like this would never be allowed to be built in modern times – just imagine what the planners would say if it was proposed today – but that didn’t mean that its beauty couldn’t be preserved.”
– Sir Terence Conran
. You must have had many adventures throughout your career. What are some of the most memorable moments you’ve experienced? Any scary moments?

Do you know, in many ways it really has felt like one long adventure we have been on. It has certainly been a colourful life lived in a fascinating time in Britain’s history. Without sounding too big headed, I feel I have always had a buccaneering spirit to get out there and make my ideas happen – even when the powers that be said I was wrong.

Starting Habitat was a great example of this. Britain was a particularly grey and austere country in the 1950s but the seeds of a better life were clearly being sewn by my generation. Anything that was good in England at that time was out of reach for ordinary people. By the early 60s, I had had a modicum of success selling contract furniture to commercial users and I produced a range of modern flat pack furniture called Summa, but the retailers did not share our enthusiasm for the designs and so our products looked entirely out of place in their quite dreary shops and showrooms.

“We were young, hungry for success and frustrated the retailers could not see the world was changing… We knew there was an opportunity for a revolution in the way things were sold, to create something that was more than just a shop selling furniture…”
– Sir Terence Conran
.

We were young, hungry for success and frustrated the retailers could not see the world was changing. We felt they were too lazy and too complacent to seize the opportunity that was right underneath their noses. We knew there was an opportunity for a revolution in the way things were sold, to create something that was more than just a shop selling furniture and if the powers that be wouldn’t sell our ideas, then we would sell them ourselves. And so began my Habitat experiment – partly out of that sense of frustration, but also out of a passionate conviction that a better style of life should be more widely available. One of the riskiest decisions I ever made, investing in London’s once-derelict South Bank – which no-one else wanted to touch in the early ’80s – happened in a split second, when I glimpsed the Victorian warehouse buildings of Butlers Wharf during a party on a Thames riverboat. I went with my absolute gut feeling and we moved to buy the site following day.

Very early in the project, I showed the celebrated restaurateurs Chris Corbin and Jeremy King the ground-floor warehouse space where I was planning to create Le Pont de la Tour. Apparently, they spent the taxi ride home belly laughing and saying, “Dear old Terence Conran has lost it, nobody will drive south of the river for a meal in a warehouse.” To a certain extent they were right – at the time if you asked a taxi driver to take you to Butlers Wharf, chances are they wouldn’t have heard of it. But 30 years later, and having hosted dinner for the likes of Bill Clinton and Tony Blair, I think I can allow myself a rueful smile, if not share their belly guffaws.

I find that letting my instincts guide me effectively eliminates the things I don’t feel passionate about, and those things are rarely going to be successful anyway. If you feel passion immediately, you’re going to have a success on your hands, and a successful business.
– Sir Terence Conran
.

Now, the South Bank is one of the most thriving developments in London. I find that letting my instincts guide me effectively eliminates the things I don’t feel passionate about, and those things are rarely going to be successful anyway. If you feel passion immediately, you’re going to have a success on your hands, and a successful business.

Scary moments? I think you get a sense of fear every time you put your ideas to the public or in the marketplace, whether that is a piece of furniture or product or a restaurant or hotel. What will people think of it? Will they like what we have produced? It is a good fear though; a thrill that exists in all creative people who are putting their ideas forward. 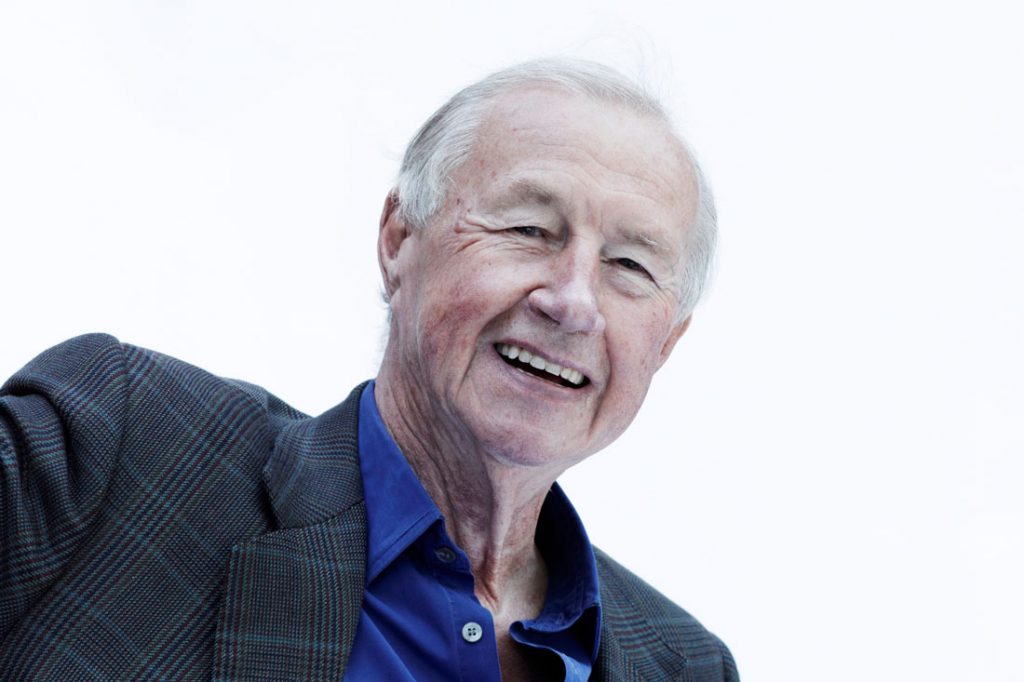 What does a typical day look like for you? And what inspires you in the day-to-day?

The beauty of my life is that rarely do two days look the same and I realise I am very lucky in that practically everything I do in my business life I would also do for pleasure. Designing, writing, eating, drinking, shopping, travelling, reading, drawing, making furniture, throwing pots, gardening, even smoking my cigars – they are all connected in some way to my work as a designer.

My home in Barton Court and the gardens and surrounding land inspire me on a daily basis, and is perhaps where my tastes and passions are most clearly reflected. I’m lucky that a short walk away, I can visit our furniture-making factory, Benchmark, look round the factory and showroom, and meet the craftsmen working away. Their attention to detail in their work, the hum of machinery and seeing them use beautiful, natural materials really inspires me and makes me long to be a younger man just starting out again.

Not that I’d change a single thing about the journey I have been on.