How will Bangkok fare through the impact of climate change? The threat of submersion drives landscape architect Kotchakorn Voraakhom, Managing Director of LANDPROCESS, to seek high-performance outcomes. 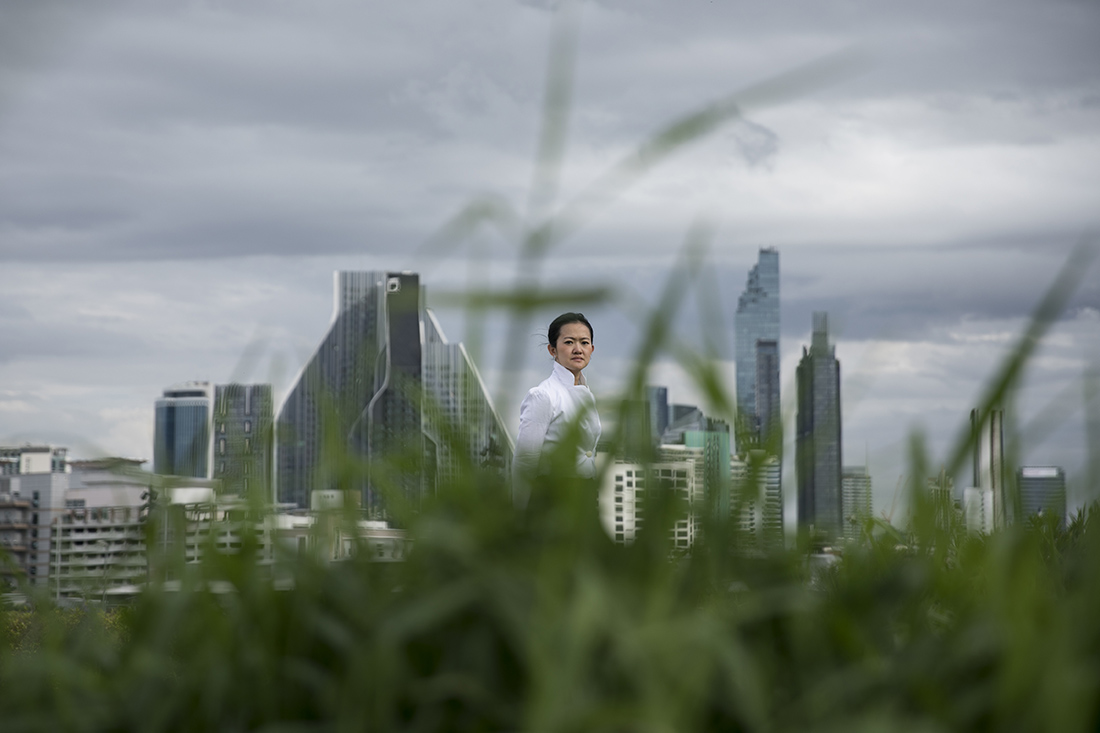 How will Bangkok fare through the impact of climate change? The threat of submersion drives landscape architect Kotchakorn Voraakhom, Managing Director of LANDPROCESS, to seek high-performance outcomes.

Seven years ago, I came across the name Kotchakorn Voraakhom for the first time. It wasn’t long after the winner of the design competition for Chulalongkorn University Centennial Park was announced. Being picked to oversee the design of Bangkok’s first public park in 30 years was undeniably a challenge for Voraakhom’s studio, LANDPROCESS, which was considered a new face in the business at the time. As I continue to observe what the park is bringing to Bangkok’s urban fabric, I find an opportunity to sit down and have a talk with Voraakhom about various issues surrounding her work and her belief in landscape architecture as a pivotal solution that can help change a city. 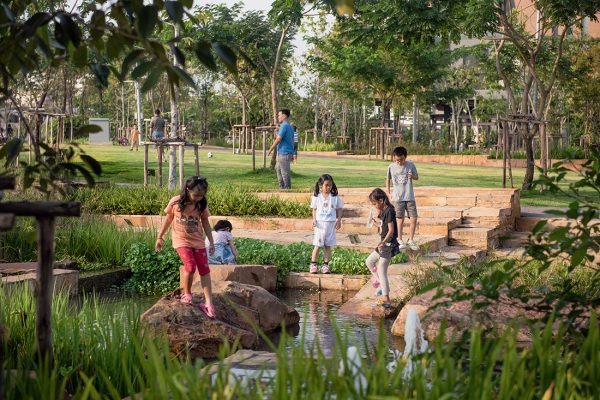 “I think I have a good amount of the blood of an activist running through my veins,” she says with reference to the principles behind her practice. “I haven’t really wanted to design landscape just for the sake of beauty or aesthetics. I want it to have natural functions so it can contribute certain values to that particular space or city – such as the use of indigenous plants that grow better in the local climate with natural qualities that can filter dust or hold water. I want to challenge design with new solutions. It’s also my responsibility to inform clients that there are greater values to landscape than they may think or have wanted.” 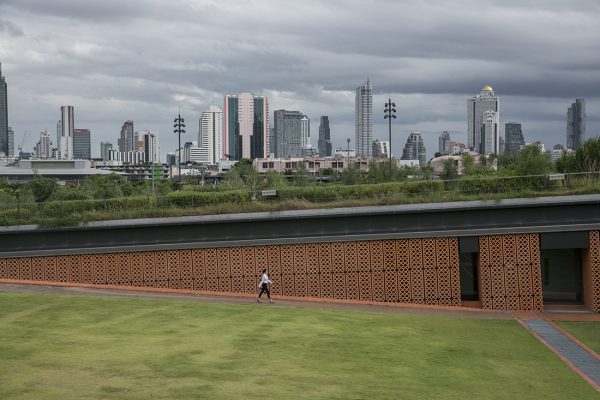 The 12-acre Chulalongkorn University Centennial Park serves as both a public space accommodating different human interactions and activities, and a piece of green infrastructure that supports, rehabilitates and stores over one million gallons of rainwater using various landscape architectural components such as rain garden, wetland, retention pond and detention lawn. Voraakhom views the project as a promising beginning that will encourage people, particularly designers, to develop other possible ways people can live with water. 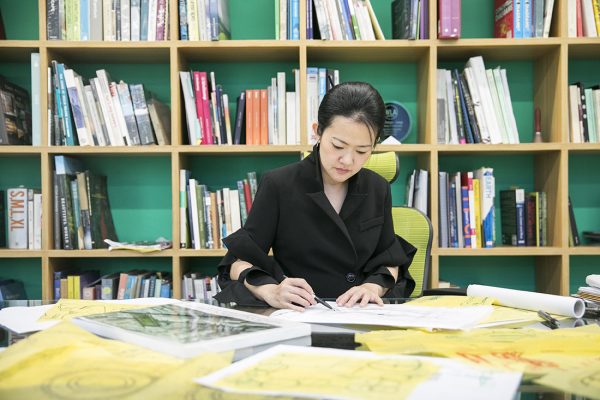 The green-infrastructure approach has also been applied to projects such as Thammasat University Park, which is nearing completion. But another approach that LANDPROCESS has taken is to use landscape architecture as a way of bringing new value to unused urban spaces – for example, the transformation of building rooftops into green spaces at Siam Green Sky and The Princess Garden at Ramathibodi Hospital. The studio is also collaborating with Thailand’s Urban Design and Development Centre to turn a disused structure on an old railway line into Phra Pokklao Pedestrian Bridge, another impending public space project in Bangkok. 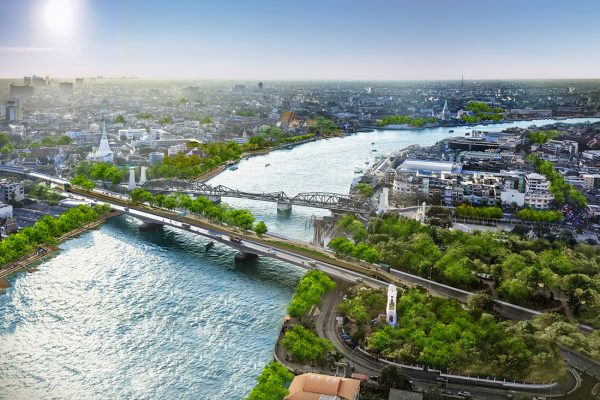 “It’s good, but it isn’t enough. I think these concepts and this mind set should also involve aspects such as education and community,” says Voraakhom. Her wish is for people and cities to be able to access new solutions via landscape architecture – and this has led to the birth of the Porous City Network. This social enterprise has the aim of raising funds and developing educational programs with other networks to incorporate landscape architecture as a tool to help solve water-related issues across the region. She explains, “I want to crack the city – to create these ‘holes’ that can absorb, store and contain water; or something that helps water to flow instead of retaining it. I think the word ‘porous’ is a succinct and easy definition of what landscape is.” 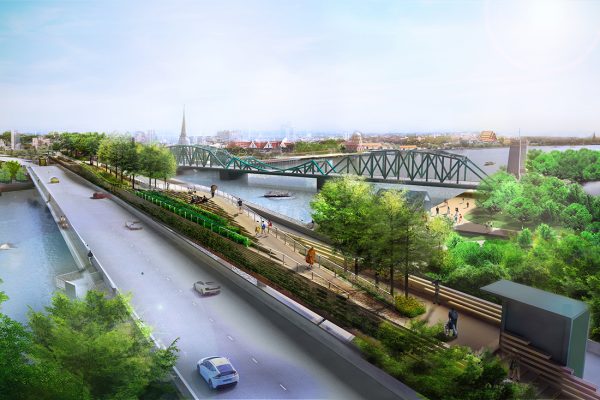 Living in a city that is sinking such as Bangkok, Voraakhom thinks it is highly important for the awareness of climate change to be raised at the regional scale. “Southeast Asia is the region whose periphery is the most exposed to seawater. We are now facing extreme climate change including the [possibility] that some cities may end up being significantly lower than sea level by 2030. Ten years ago, when you talked about climate change, people would doubt whether such a thing really existed. But the indication has never been clearer. And as designers, our role may no longer be just creating pretty, functional objects, but also taking action and creating initiatives using our own approaches and methods. We must come up with new solutions to these problems.” 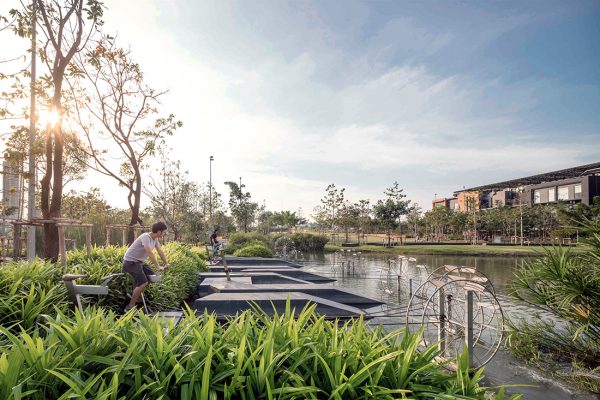 After her appearance as a TED Fellow at TEDWomen in 2018, Voraakhom has been chosen by Fast Company to be on the list of this year’s ‘100 Most Creative People in Business’.