Chat Architects On Architecture With A Lower-Case ‘a’ 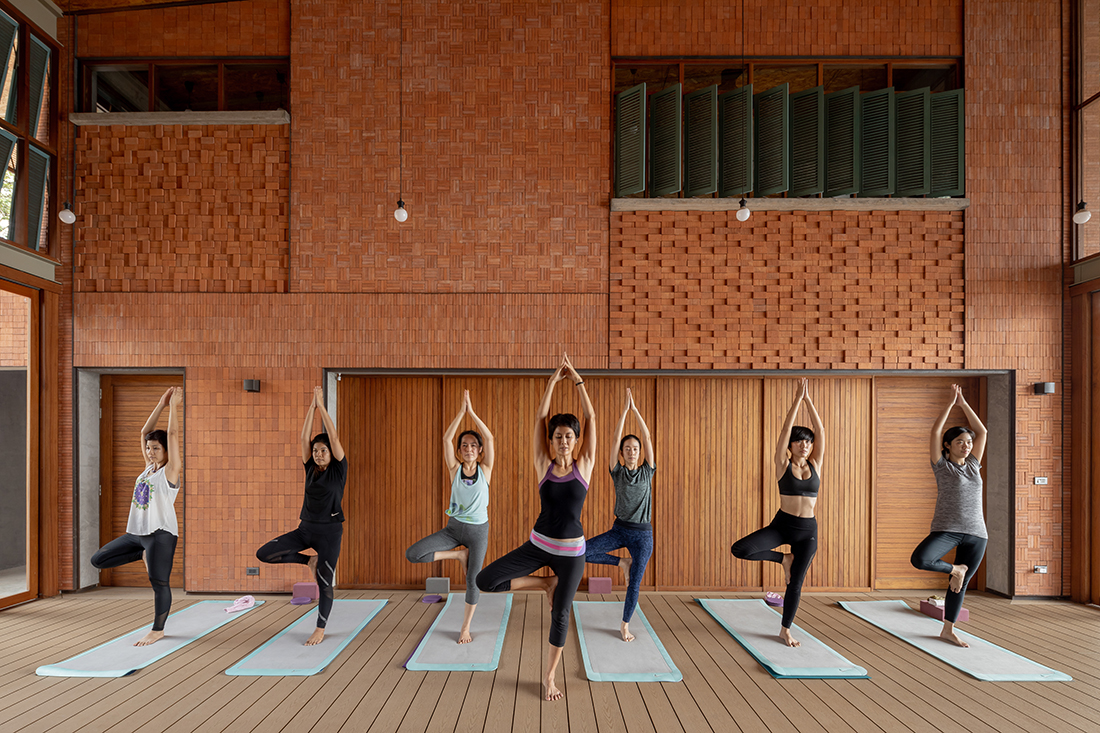 Chatpong ‘Chat’ Chuenrudeemol’s choice of colleges – U.C. Berkeley followed by Harvard University’s Graduate School of Design – gave him a broad perspective of architecture. At the former, the founder of Bangkok-based Chat Architects learnt about environmentalism, sustainability and regionalism; at Harvard, he enjoyed discussions about architectural history and theory, formal typological studies and materiality, while rubbing shoulders with the likes of Rem Koolhaas and Herzog de Meuron at the height of their early careers. 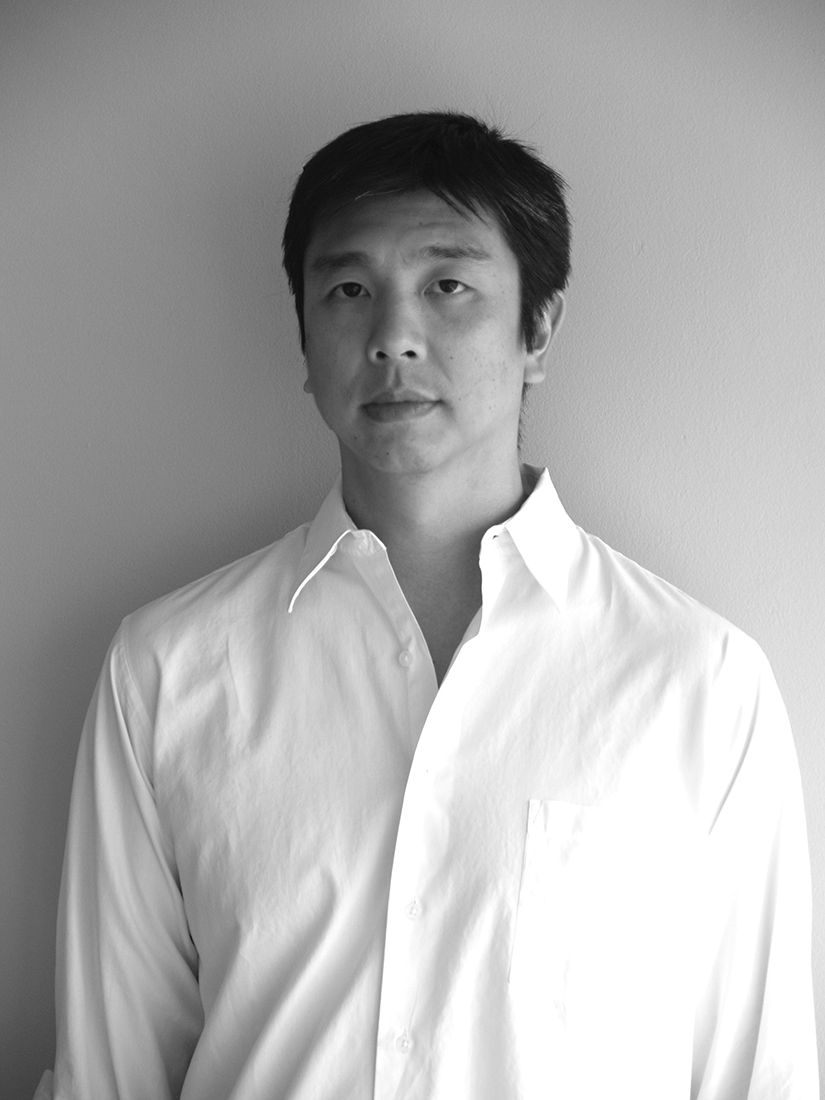 By far, the course that resonated with him most was Paul Groth’s ‘Cultural Landscape’, which highlighted everyday elements like streets and billboards as significant embodiments of culture – even though they weren’t proper buildings. These ideas found new relevance when Chuenrudeemol returned to Bangkok after working in the States for several years. He founded Bangkok Architectural Research (b/A/R) with Varoot Samalapa in 2004 but left to establish his own eponymous firm in 2012.

Having left Bangkok when he was young to live abroad, the adult Chuenrudeemol wasn’t exactly coming home to a familiar place. He found Bangkok “alive and full of crazy and unexpected things happening in every corner of the city in terms of architecture and street life.” He coined the term “Bangkok Bastards” to refer to these commonplace elements.

“Bangkok Bastards are live, urban street typologies, constructed and occupied by Bangkok’s local castoffs. They’re not buildings occupied by the wealthy or designed by the architectural elite. They are homegrown structures, sheltering and sustaining the lower-working class, both locals and migrants. They are made by regular people fulfilling quirky and unusual social, economic and climatic requirements in order to survive in an untamed tropical city like Bangkok,” Chuenrudeemol explains.

These could refer to construction worker houses, love motels, or street furniture like hawker carts or simply strategies to colonise a sidewalk through arrangements of woven rugs. Chuenrudeemol feels that rather than isolating them, there is much to learn from these adaptable strategies in creating a unique architecture that responds to the city.

An example is his own house, Ekamai Residence, with shutters on the boundary walls to embrace the neighbourhood when they are opened in the day. A more recent project, the Sala Areeya (a yoga school and residence) expounds on this datum further with a collection of rooms interconnected by a central ‘soi’ or alley that can be opened up to the neighbourhood. 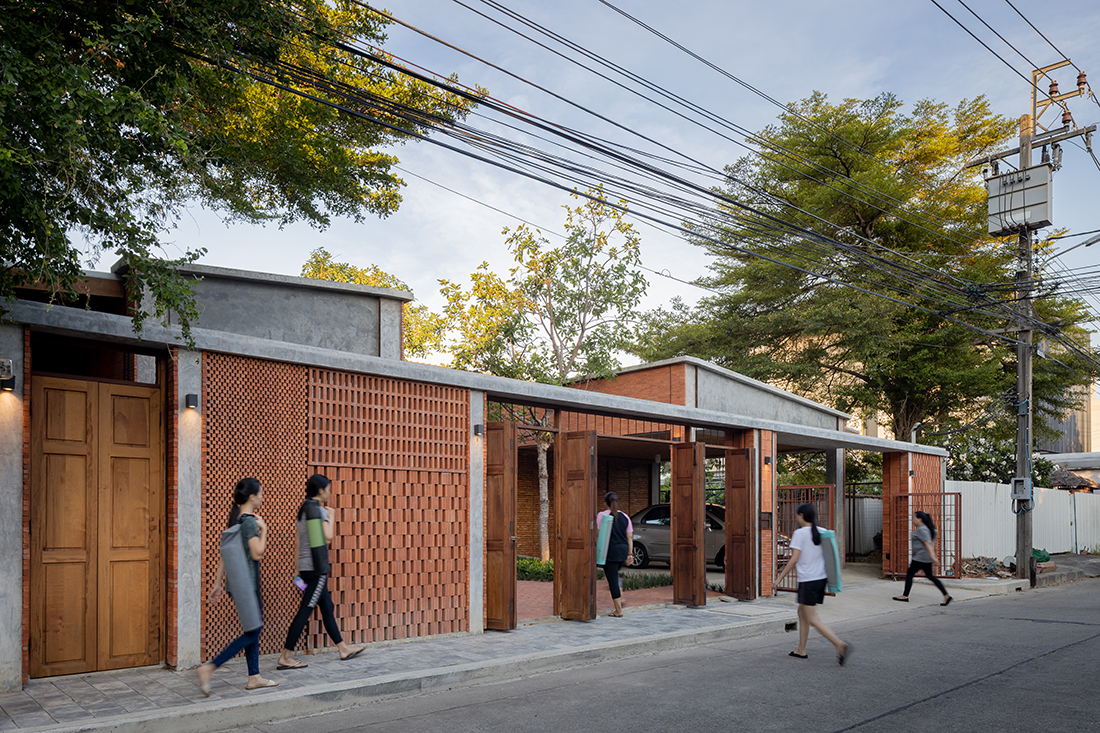 “Our research on the fluidity commonly found between house and alley in Bangkok’s shantytowns manifested itself in this project. The hybrid public/private programs (neighbourhood yoga school versus private residence) allowed us to play with the idea of the house as an extension of the public street,” says Chuenrudeemol.

Another lesson Chuenrudeemol derives from these Bangkok Bastards are their inherent sustainability due to their need to be built in the quickest, cheapest and most environmentally harmonious way. They inspired the recycling of materials in several projects while embodying ‘memory’: in the Nanda Heritage Hotel, every component of the family-run hotel’s 100-year-old wooden family house is upcycled in the new courtyard to continue the family’s legacy in a physical manner; the Kenkoon Furniture Showroom’s facade is made up of old chair parts that come from the furniture the company sells, to meld furniture and architecture. 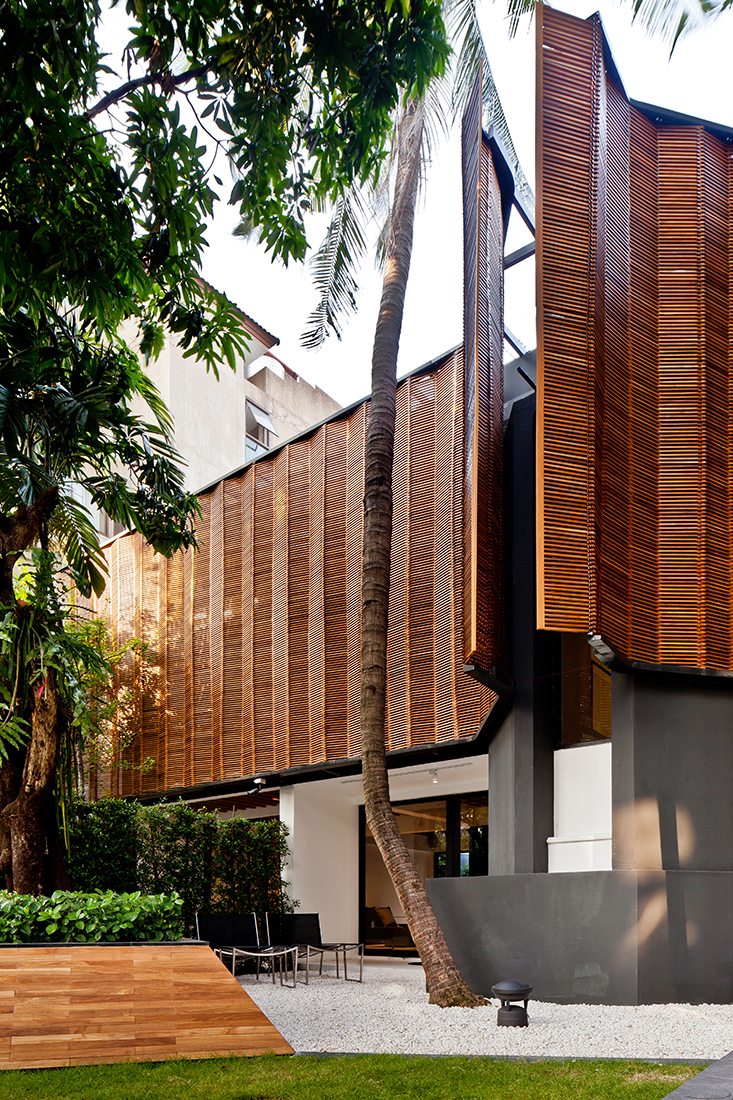 Chuenrudeemol’s approach is refreshing for eschewing fetishised form-making as propelled by the Internet, resulting in a culture of sameness. After all, architecture is more complex than simply making beautiful buildings. The architect professes he hardly looks at Architecture (with a capital ‘A’) in magazines or design blogs anymore – not only because it’s hard to keep up but because he is more excited by what he finds on the streets of Bangkok everyday.