The founder of Alexander Wong Architects has a vision for the world of the future. We take a look at how this comes through in a collective of his latest designs.

Alexander Wong Architects creates spaces that pack a punch visually, and, when you stop and actually think about it, might just blow your mind. The multi-disciplinary studio is based in Hong Kong and with an office in Shenzhen, and it’s headed up by Alexander Wong, a Princeton architecture graduate whose love of film, books and knowledge in general comes through in his work – as does his brilliant and rather dystopian view of where humanity is headed. Future visions for nations, space exploration, cults, culture and AI are all themes for Alexander Wong’s projects, but his and his team’s view on humanity’s fate are not obvious at first glance. “You have to unwrap our work,” agrees Wong. Here, we unpack it for you, giving you an insight into Alexander Wong’s Futurama through his latest projects. 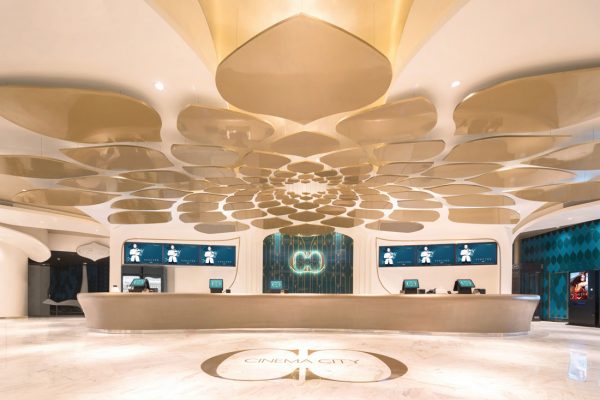 Cinema Exotica draws inspiration from the mythology and mystery of the Middle East, envisaging it in a future Arabian context that is rich, sensual and ripe with possibility. Indeed, the fat, curving Moorish tiles, the swirls, the arabesques and the vast, expanding flower that covers the ceiling all point to fertility. 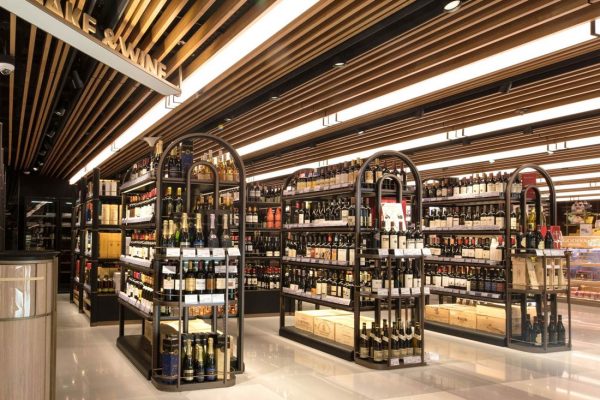 Traditional Japanese villages were the starting point for Wong’s design for Mura Futura, a supermarket project for SOGO department store in Hong Kong. “It’s a futuristic interpretation of something from the past,” says Wong, who chose this route rather than trying to create a carbon copy of the past. “Otherwise it’s a Disney version of a past that never existed.” The shelves and Zen-inspired cashier counters are like houses within the Freshmart village, with the aisles acting as easy-to-navigate roads or paths between them. Inspired by tatami mats, the long lines of the barrel-vaulted ceiling connect the space, while streamlined lanterns hang overhead. With Juicy Royale, Alexander Wong Architects envisages a future royalty, and the food and the space that would be fit for a future king. Here at this Shanghai-based juice bar, fruit becomes art: pineapples and golden palms are turned into sculptural features, and the backdrop features a diamond pineapple motif. Perhaps it is a commentary on the future of food – fruit, which is so commonplace now, may be as precious as gold in the not-too-distant future, with royalty and the very wealthy the only ones able to obtain it. A cinema within the high-end AEON mall in Guangzhou, Future Phantasy paints a picture of tomorrow’s China through a futuristic Chinese landscape painting.

In Wong’s vision of the China to come, everything flows – the ceiling, a stylised Pearl River Delta, in particular. So too does the red landscape, as evoked by the curving panels. Red is China’s colour, and yet it’s also the colour of Mars.

“I think China is doing the prep work for building beyond Earth. China is going to build infrastructure on Mars,” says Wong.

“I think all the cities we live in now are going to obsolete. We’re totally unprepared for the future: there’s no infrastructure. The future of China is much better connected.” 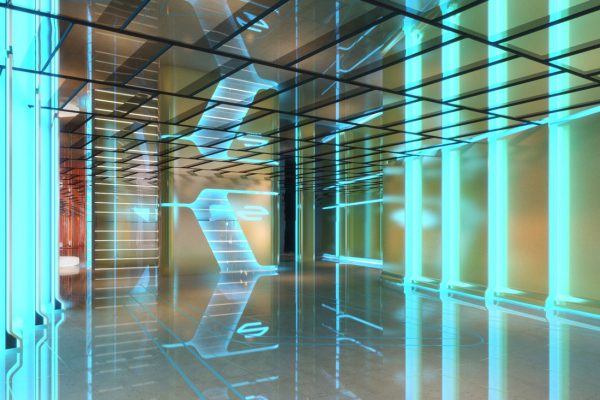 So many of Wong’s other projects speak to his view of a future that he believes is closer than you might think. Star X, for example, a cinema project in Xinjiang, considers space, string theory and Star Wars, as well as Interstellar. 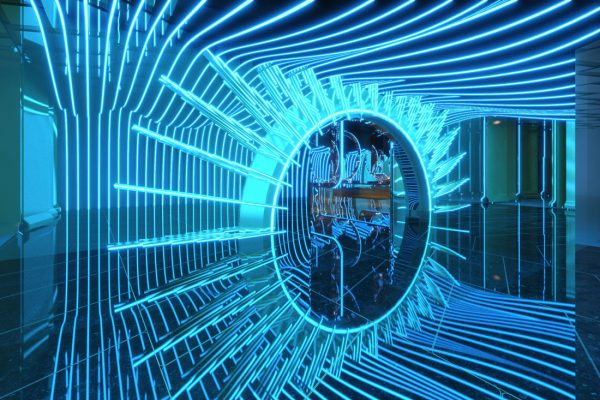 Note the lights forming a portal on the mirrored wall: everything is reflected back at us, but what is reality, and what is not? Things are not what they seem: that is one of the underlying messages of much of Wong’s work.