He is a mid-career designer, but retains the fresh vision of someone just starting out. Meet Ross Gardam, one of the great success stories of Australian design. 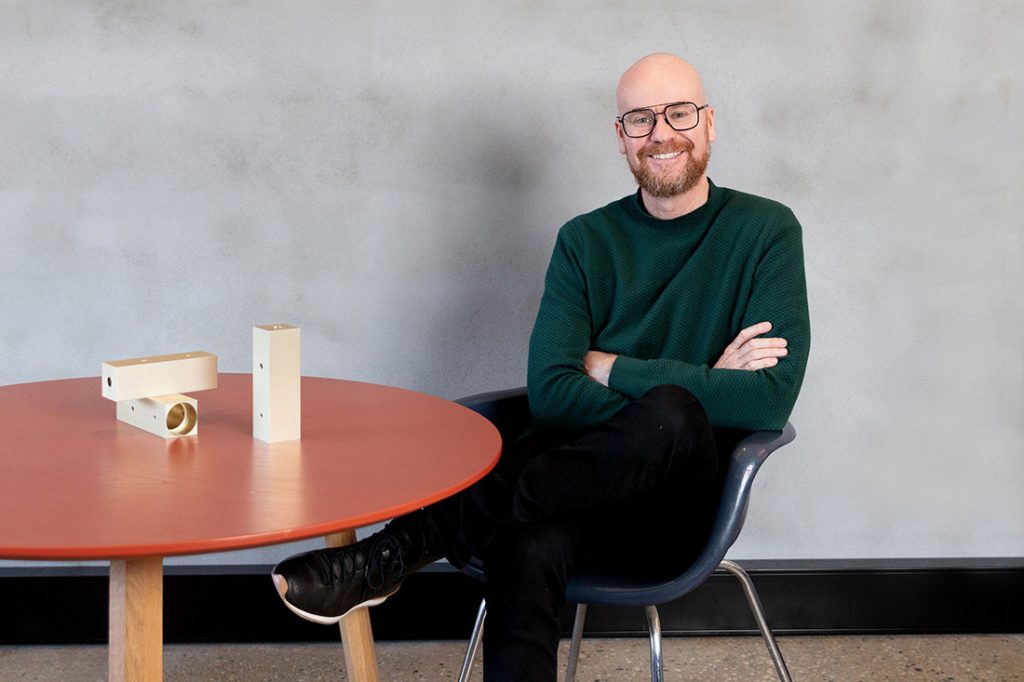 Ross Gardam is softly spoken, but with a subtext suggesting he has always known where he’s going, where he’d come from and why.

That’s probably not entirely true, but he certainly gives the impression that every step he has taken in what has been a successful and highly productive career has had its place in the larger scheme, like the pieces of a jigsaw puzzle. But if this is true, then it suggests unusual focus from an early age – a focus which is evident in the beautifully resolved products which come out of the studio.

“Like a lot of industrial designers,” he recalls, “I grew up around making objects and building things. My father was an engineer who ran a brick-making factory. So, I was exposed to the manufacturing side of that business. It wasn’t a huge facility, but there was a metalwork workshop and a timber workshop. I spent a lot of time there tinkering.” 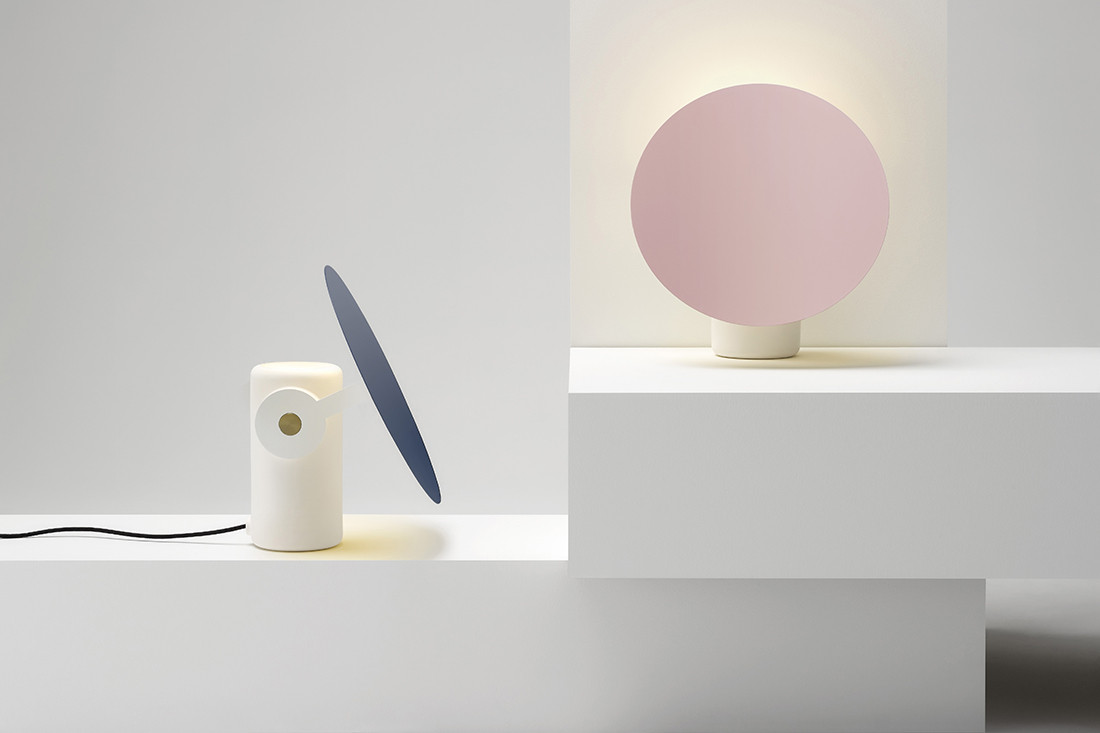 Then at high school he did a subject called Technology which, he says, he enjoyed and “felt like a good fit”. So, it seemed logical to move on the industrial design programme at Monash University which he found “really interesting because it took you through art history and design and ran across quite technical aspects”. But however clear-eyed he may have been, he didn’t at that time envisage owning his own furniture and lighting business.

In fact, on graduation and for the next seven years he worked in two areas which he has largely left behind: interior retail design and environmental design (outdoor space, wayfinding and signage).

This he did first with a couple of companies in Melbourne, then in London for two smaller, but similar companies. 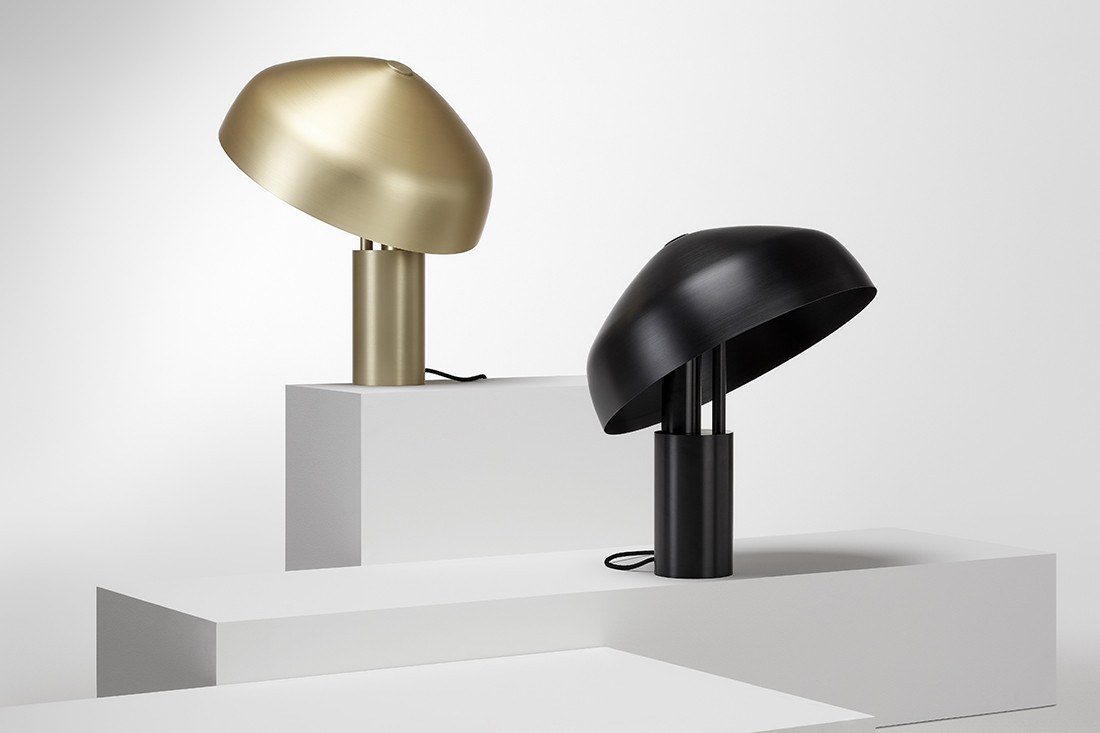 But after two years in London he decided it was time to do his own thing, so he returned to Melbourne in 2007 and started his own practice which was initially a continuation of the environmental design consultancy, Spaceleft, which he had established in London but with a greater emphasis on product design.

The name came from the idea of looking at the space left around a problem or the space around an object which helps to define that object. Initially, for the first two or three years, he continued to do interior work, which he enjoyed, but also aimed to develop two or three products a year. These he explains were very much experimental pieces, “mainly around material use and single-process manufacturing”. 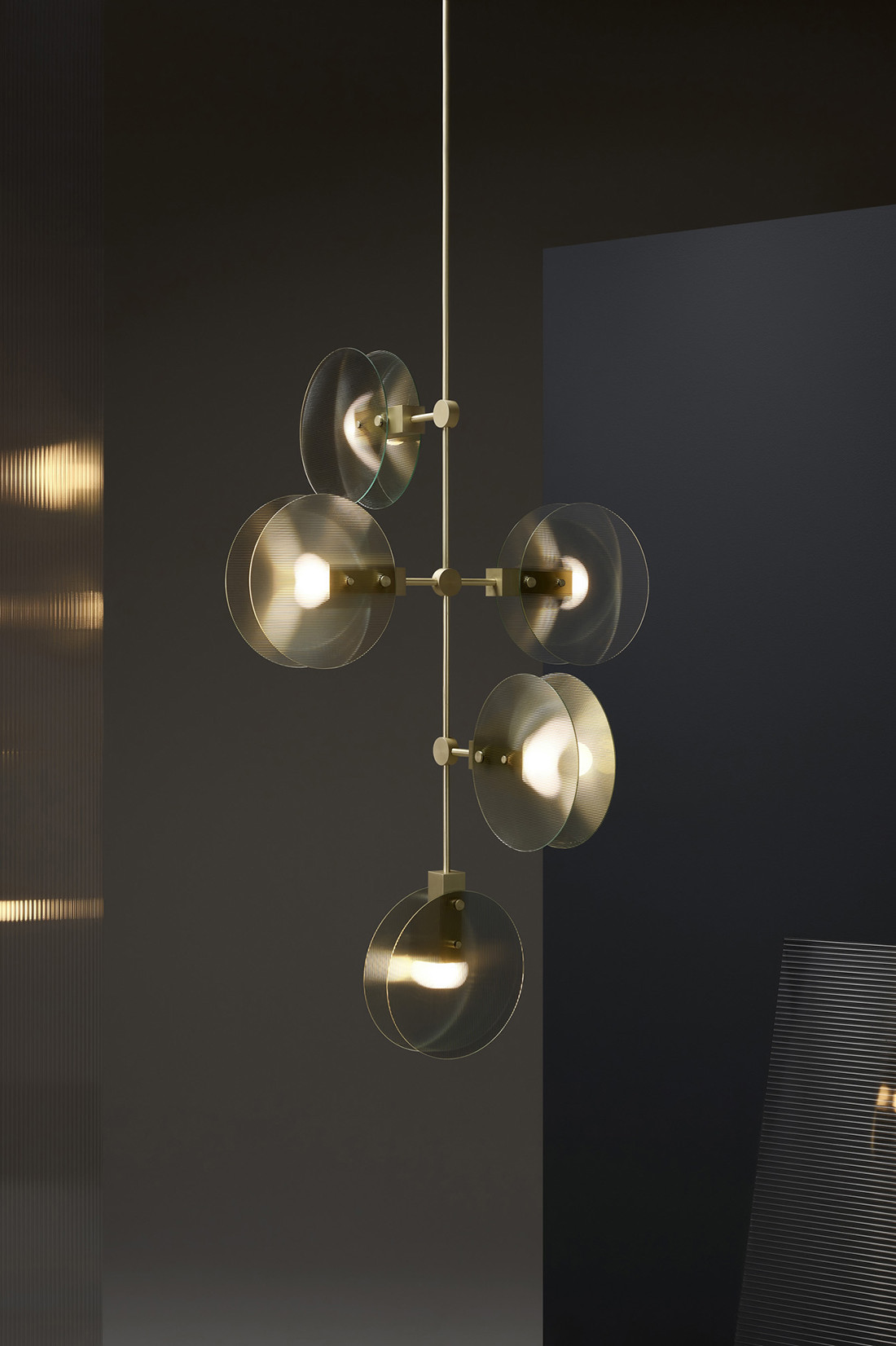 But out of this evolved the rigorous process he now follows, beginning by looking at various aspects including how it is going to be used and how it works in space. “The work is definitely informed by material and process,” he explains. “And I have worked with a number of different processes that are quite old, like glass-blowing and ceramics, more traditional arts and craft.” This has led to an interest in blending traditional craft with contemporary manufacturing, “looking at ways I can bring that to a more contemporary space”.

In more recent years the studio has become interested in the user’s emotional connection to the product. This entails analysing how a product can engage with someone at an emotional level – “ideally to create a sense of surprise or wonder and hopefully bring a sense of joy”.

He gives an example of the recently re-engineered Ora Desk Lamp which provides a 360° orbit rotation of the shade due to a magnetic joint. He concedes that it is not necessarily the most cost-effective strategy and “it probably wouldn’t even register in the top ten solutions from a pragmatic perspective”. But, he continues, “it’s the emotional perspective that I am really interested in and the way people interact with it. The small moment of surprise or that intimate moment you have with a product is really important”. 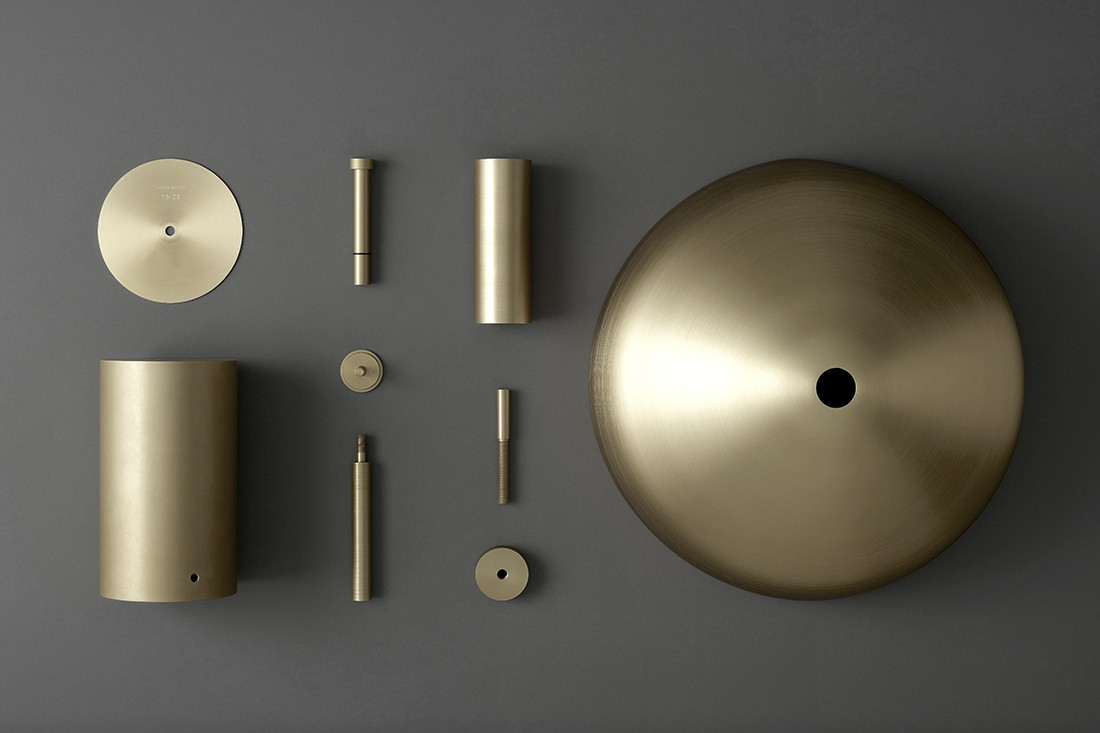 Eventually, Ross moved on from being a sole practitioner and there are now eight people working in the studio – five industrial designers, an office manager (with a furniture design background) and two makers. The business changed, he says, when he began employing people and this was followed by another change about four years ago when they set out to create a brand.

Despite these changes, Ross feels there is an identifiable aesthetic which is contemporary, but which is also “an absent marker of time – it could have been made forty years ago, in the present or forty years in the future”.

Another part of the aesthetic is what he terms emotional functionality, or the emotional connection with the user. An example, he says, is the Polar Desk Lamp. “It talks to pieces from the 40s right through to now and, I think, in the future. It is as much about shade as it is light. The arm can be completely removed. A functional aspect of the product that invites interaction.” 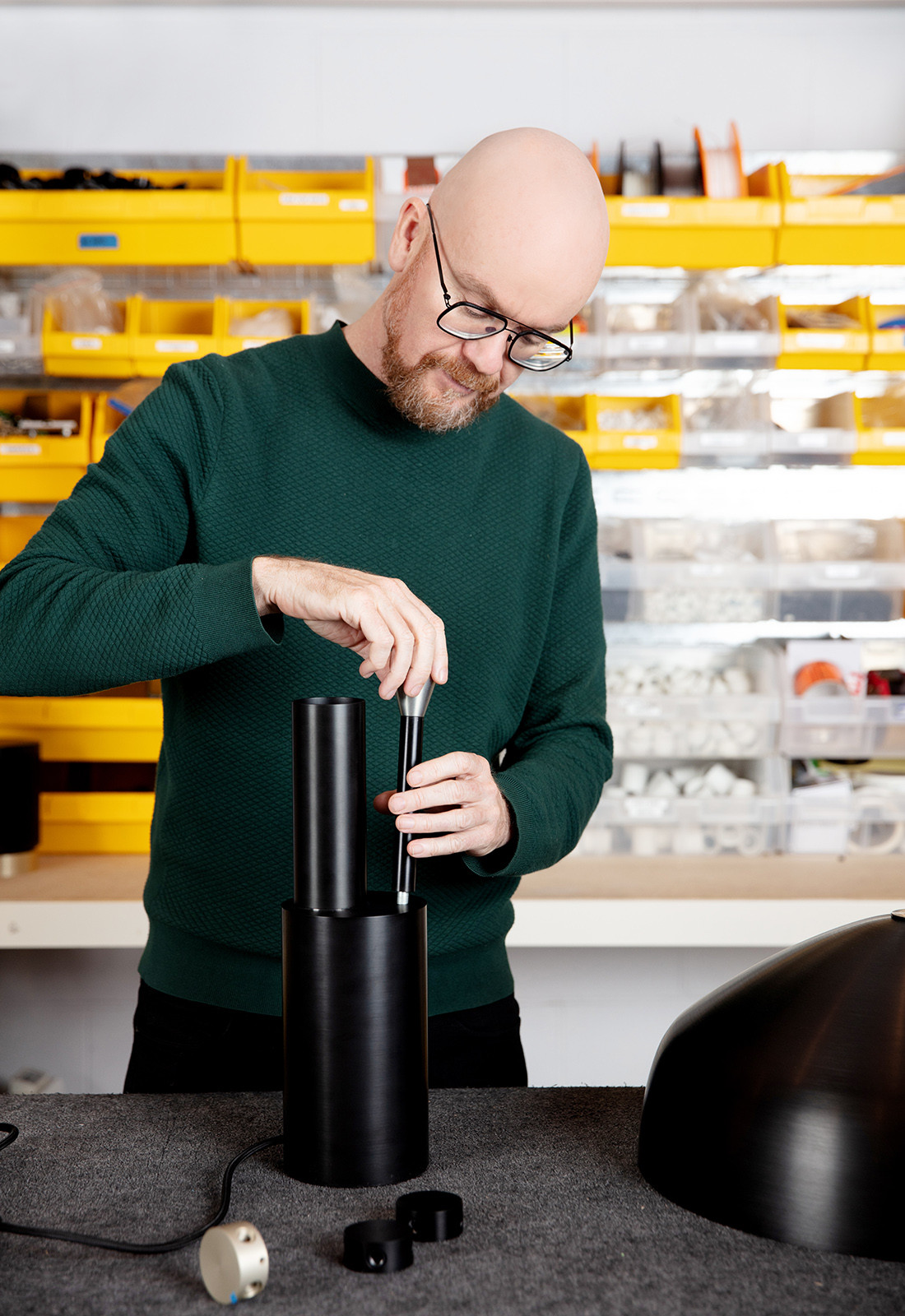 While their international presence grows – for example, in the U.S. and through trade fairs such as Milan and ICFF – the studio nonetheless continues to work in a small local market. “So,” says Ross, “we are talking about lower volume runs. We are more interested in making a more precision, lower volume piece with the manufacturing we have than a more mass produced object.”

Meanwhile, he enjoys his new role as the coordinator of a creative team, as part of a collaborative process which continues to produce products unique not just for their innovation and imaginative use of materials, but also for the way they seem able to touch the people who use them.