Recently in Singapore to present a keynote at Art Stage 2018, Ole Scheeren shares some insights on some of his latest projects, Asian cities and creating an open relationship between a building and its urban context.

CCTV Beijing, MahaNakhon Bangkok, The Interlace Singapore – German architect Ole Scheeren has left a trail of iconic, colossal-scale architectural projects in Asia. And with the completion of DUO late last year, Singapore has two. We interviewed Scheeren on DUO in Cubes 90 and in late January, he made a brief sojourn to Singapore to deliver a keynote at Art Stage Singapore 2018‘s Southeast Asian forum. We caught up with him at the Andaz Singapore Hotel and asked him to share some updates on his latest projects and his insights on Asian cities.

You’ve been in Asia for a while now, how has this changed you and the way you work?

I think it’s taught me that a lot of things are possible, and it’s encouraged me to seek or create those possibilities. Asia has been undergoing a tremendous growth, modernisation and change, and it has done so based on a very real condition and changing demographics. And that’s what I found very exciting because the needs and challenges were real and they were unfolding before your eyes and they needed solutions and thinking. And it was exciting to participate or contribute to the thinking of how to deal with that situation.

It has not only changed the way I work, it has also formed the way I work. Because on many levels, for example, one thing that I have learned very intensely here is to understand scale. I’ve worked on very large projects the Asian context, they are of a scale that is almost unknown to a European context and the scale I grew up with, but I think I’ve become part of this other world. 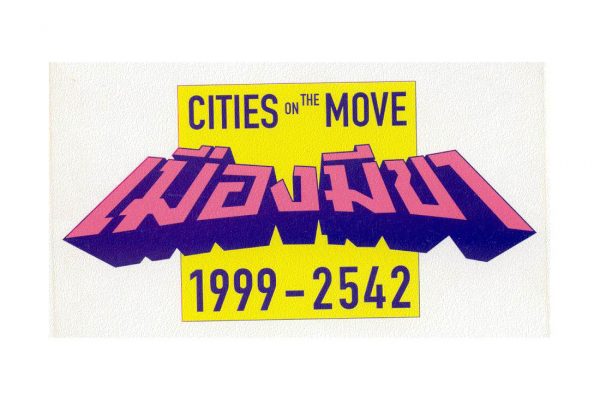 Poster of Cities on the Move Exhibition in Bangkok. Image courtesy of Buro Ole Scheeren

You’ve done many projects in many cities across Asia, and they all have different personalities. Do you have a specific strategy going into a project and getting to know a specific city?

Every time we start to work on a project somewhere, I do spend time in that place. And I think it’s very important to feel a place. You can do some very abstract academic or historic research but I also simply like to walk through the streets and see what I find.

Let’s talk about DUO and its relationship with its context. DUO’s ground level dissolves to provide a porous public space. What do you think the relationship between the urban and ground planes will be or should be like in the future?

I think it’s very important for a building to develop an explicit and open relationship with the city. Of course, that may be very different in each specific case, but my work has long been in this investigation of how to break open the muteness of skyscrapers and how to reconnect towers to the city, and how to make towers meaningful to the city. Both in their vertical presence, but of course, very importantly, in their interaction with the ground and how they invite the space of the city, or create the space of the city, and ultimately create public space. 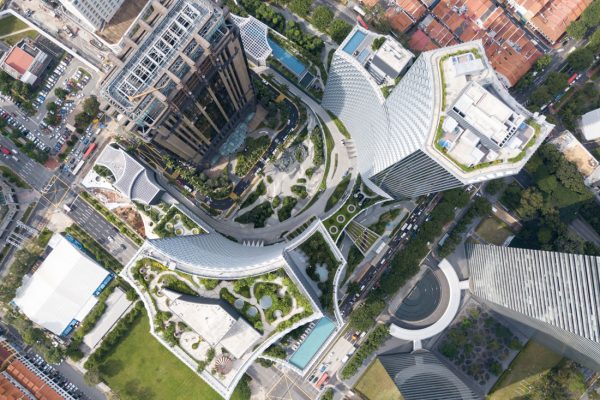 DUO’s floor plates are unusual and Singaporeans are very mindful of sellable areas, how did you convince them that this would work, especially for the commercial function?

The floor plate may not be a square box, but the efficiency of the building is as high as all the boring buildings. Secondly, although the space is irregular, the distance between core and façade is similarly regular like in a normal tower. Because the core has a shape that is the miniature of the shape of the building.

So that way, we have very regular spaces between the two, but then we have moments where these spaces expand, creating these extra-large floor plates that offer a completely different possibility to arrange work environments or as a much more collaborative, open field of activity.

This is something that typically a tower can never offer. A typical office space is always squeezed between façade and core, and you always have about 10, 12 or 14 metres around the core, but it’s actually not always a very connected space.

It’s not necessarily the only answer for a space that people can work in. I think we’re showing with this building, also with the floor plan, you can generate extremely positive spaces for collaborating. 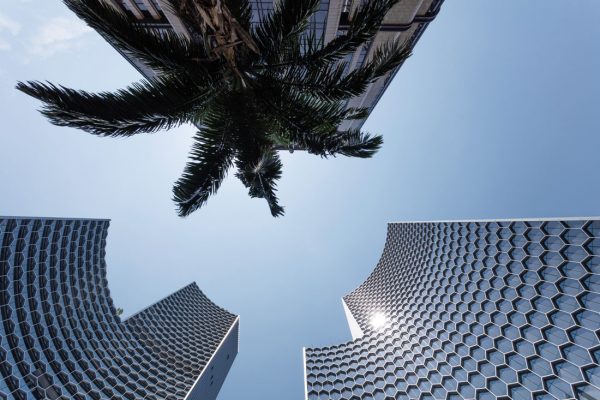 You’re using large-scale developments as a catalyst to improve the city – is that a correct statement?

I’m actually interested in moving across different scales. Sometimes I work on small projects, I’ve been working on a studio for a painter and installations. We’ve done the Guardian Art Centre, which is not small by any means but of course compared to DUO or CCTV, it is of a much smaller scale. We’re working on residential towers in Canada and Germany that have very different scales. So there’s a variety of scales in the works, and I think all of these scales are in many ways equally relevant, but you can do different things with different scales. 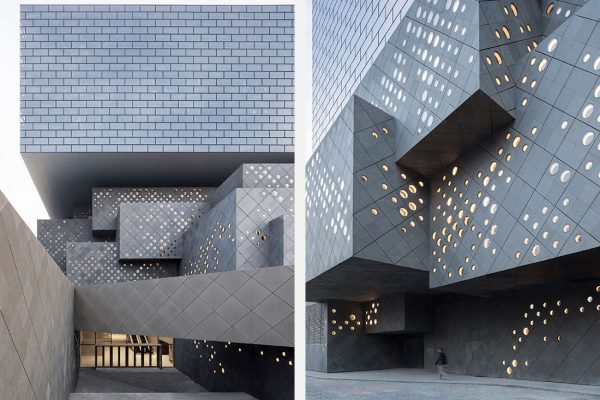 What do you think we should do more for our city here?

I think every good city needs diversity and maybe even a sense of tension in that diversity. A city should not be in a single homogenous condition where everything and everywhere is the same but where you actually can find different places. Places of different intensity, places of different engagement, places of commercial activity but also places of freedom and being left alone. For me, this sense of diversity is a very important aspect of a great city. 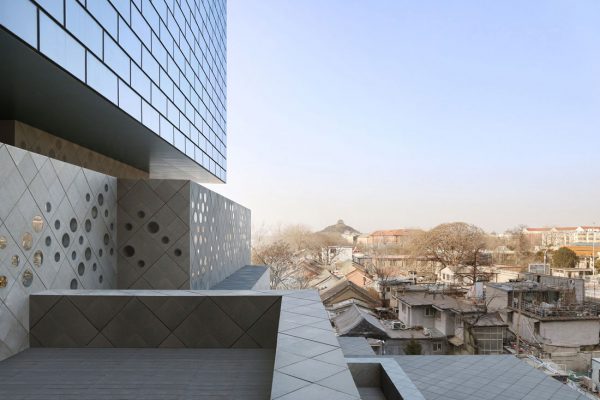