One of the most colourful personalities in the 2017-2018 President’s Design Award jury, Daan Roosegaarde talks about upgrading reality through his works in Asia and beyond.

A kinetic dance floor that produces electricity when people dance on it, towers that suck up air pollution like a giant vacuum cleaner, road gates coated with a reflective layer of micro prisms that reflect light and illuminate without consuming energy – these are the works of Dutch multidisciplinary artist Daan Roosegaarde.

The recently revamped President’s Design Award invited Roosegaarde as one of its jurors for its 2017-2018 cycle. We quizzed him about his practice of, in his own words, “upgrading reality” and his work in Asia. 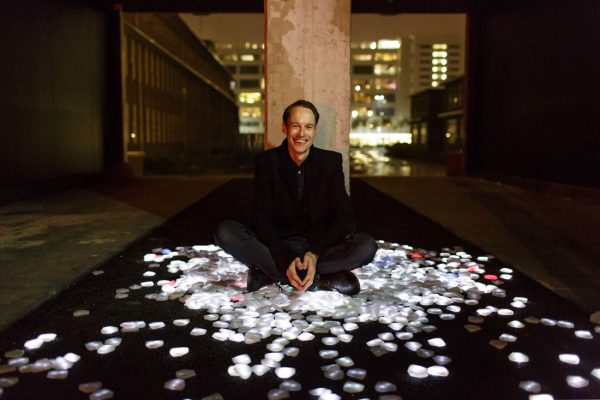 I’m curious. You are a creator who does cross-disciplinary projects and collaborations. How do you introduce yourself to people who have never heard of you before?

Just Daan! I don’t explain what I do – I let the work speak for me. I think it’s more that designers today are creating new links. I studied fine arts, I did a course on architecture, and I’m the son of a maths teacher. I had people telling me that what I want can never be done, but for me design is not about things – a chair, or a lamp, or a table, but how to improve life.

I’ve always wanted to be a maker, not a consumer, to show the beauty of a new world. We’ve worked on dance floors that produce electricity when you dance on them, made bicycle paths that charge in the daytime and glow at night, and right now we’re doing this beautiful project at the Afsluitdijk – a 32-kilometre dam with energy-harvesting kites and buildings that emit light based on the reflection of car headlights. So it’s always about clean air, clean water, clean energy – it’s showing the potential of that. 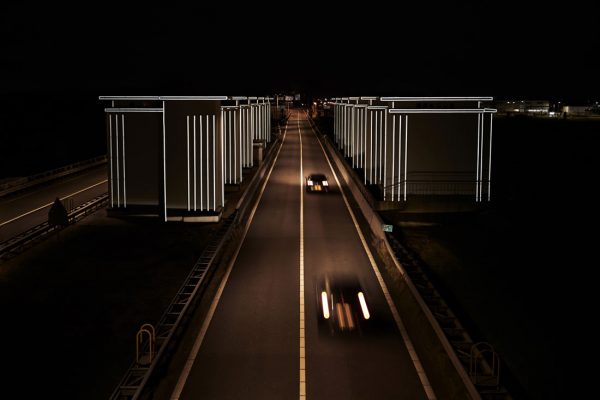 I think of your works as clean-energy initiatives masked as artworks. How did that overarching theme of ‘clean’ come about?

[Laughs] There’s a Dutch word that we use in the studio a lot, which is schoonheid. It’s impossible to translate. On one end it’s like beauty, creativity – you look at a beautiful painting or a building and you get inspired. But it also means clarity or cleanness. And I think Dutch art and architects have been fascinated by this for centuries.

I feel part of that landscape tradition and the desire is to upgrade the reality. So in a way when they design, they’re also prototyping of the smart city of tomorrow. And the fun part is that now we’re getting commissioned to do these really large-scale projects. So we’re moving toward that, and it’s great. 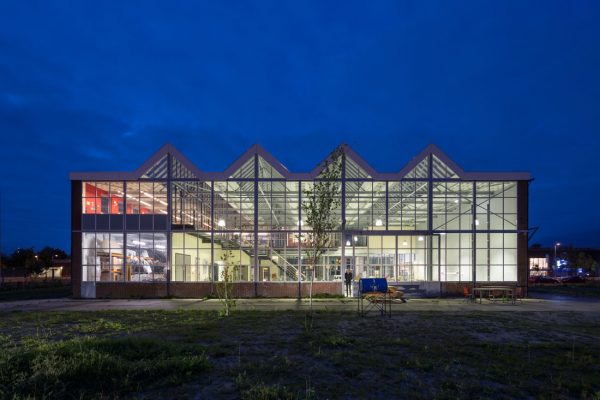 Tell me more about your studio. How do you work?

Nine years ago it was just me, some whizz kids and a pizza hotline. We sat in a room and nobody left until we had a solution. And in a way we still do that. We’re 38 strong now, based in Rotterdam in this old glass factory that we renovated. It’s a mix of an art and architecture studio in that way. But we do architecture-scale now – and that’s interesting.

We have five people in a Shanghai studio and it’s growing because we’re doing more China projects. And I’ve been fascinated with Asia from day one. It’s the future, they’re curious, and there’s less sentimentality. In Europe, if I present something, the client usually asks, “Are you sure you’ve done this before?” because of liability and whatnot. In China or in Asia, they always ask, “Are you sure this is the first time?” It’s because they want to be the first.

I thought here we would have asked “How much?”

[Laughs] Yes that too, but I just ignore them. I say, ‘Talk to the project manager about that. Let’s talk about value, not about money.” 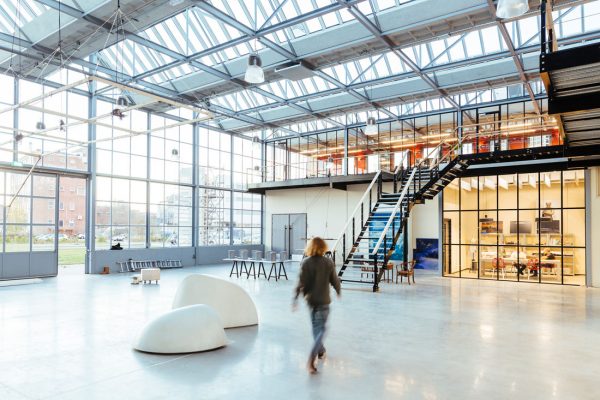 How did you get involved in judging the PDA? Can you share a spoiler-free bit about the judging session?

We are going to do projects in Singapore, permanent and temporary. So we’d been in touch with DesignSingapore Council and they invited us. They want to make Singapore Design Week the best in the world in five years. And when Singapore set their mind to it they usually make it happen.

It’s a nice way to get to know Singapore better. The community, how they think, other jury members, and it’s a nice mental exercise – you can look at something and question it, test it – but it’s not my project, so I can plug in and plug out. It was an intense couple of days. The jurors agreed and disagreed many times. It was fun. 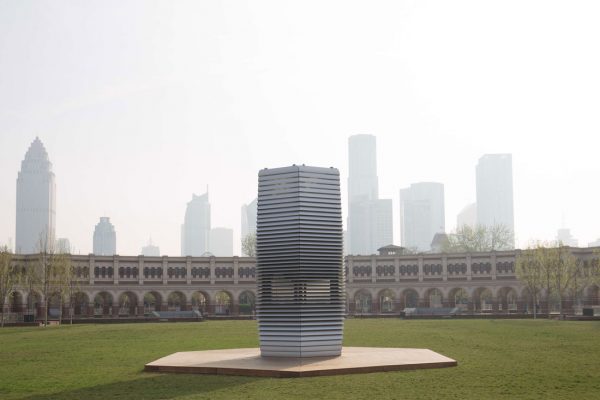 You once said it’s important that you commission yourself. Tell me more about that.

We have a lot of great clients, but most people don’t know what they want, so 40 per cent of the projects we do we commission ourselves. Like the Smog Free Project – we spent our time, money, love and energy. We did a Kickstarter campaign with the Smog Free Ring to activate the crowd. And now we get calls from India, Columbia, Mexico.

A few years ago people were like “What is this? Is this possible?” So finding the balance between questions that are asked by a city or an airport or a private collector, to you asking yourself questions to the world – that defines authenticity. It’s super important to initiate research on materials and your own projects. We’ve been missing that the current architectural world; this notion of curiosity. 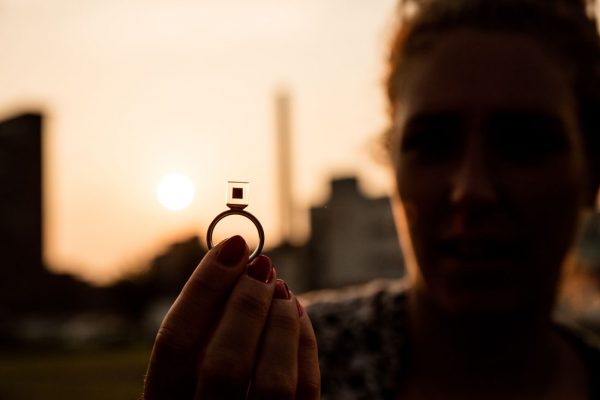 A lot of the global challenges we are in are actually architectural challenges; rising sea levels, light pollution, sound pollution, air pollution. We’ve been designing our world unconsciously, or badly. We can be sad, angry, complain, blame and wait, or we can design and engineer our way out of it.

Singapore for me is a very inspirational example of radical thinking, like 52 years ago it decided to do its own thing. In the Netherlands, we live above sea level. Who does that? Why didn’t we just move to Germany? No, we stayed, and we used good governance and technology to create our own home. And Singapore has done that as well. So the question is, what is coming in the next 52 years?

Why do we have streetlights burning all night, which consumes electricity and is bad for animals? Why do we accept pollution? An anthill underneath the ground has air conditioning without electricity – how do they do it? An anthill doesn’t have traffic jams. What can we learn from that? The notion of biomimicry, biotechnology – how do we implement that into architecture?