2020 and the Future of Design and Architecture 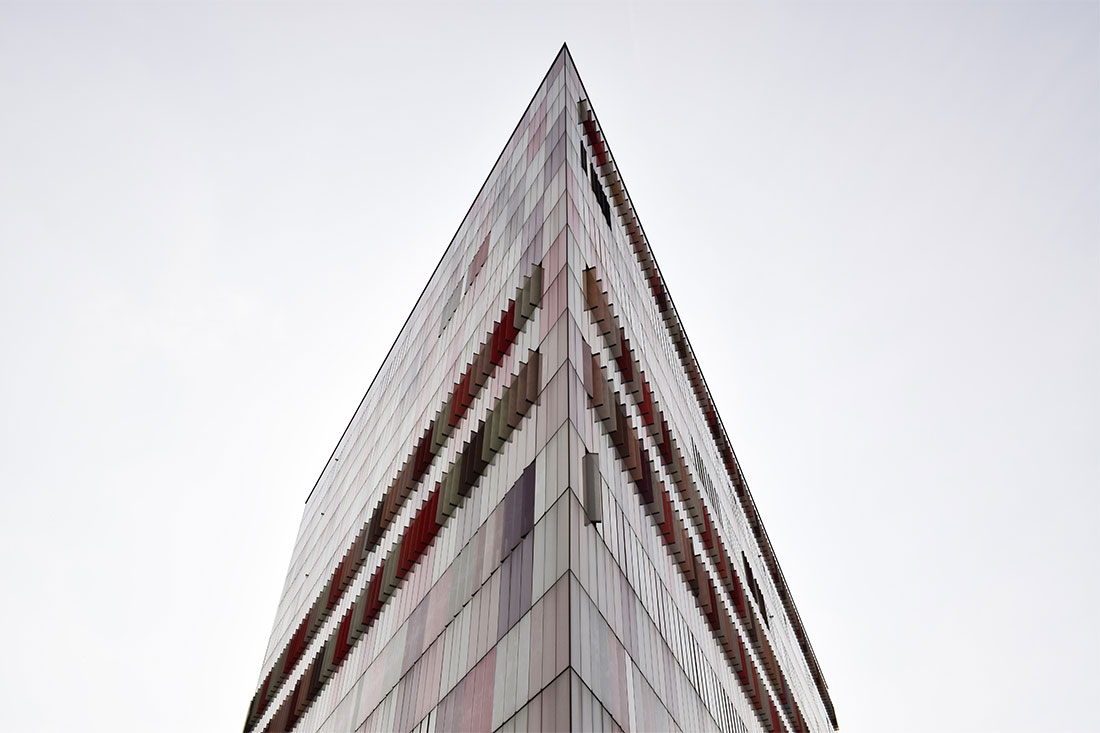 As we head into the twenties, we find ourselves looking for brands and designers that can lead the way, speaking to a wider social and ecological context whilst still satisfying our innate desire for self-expression, exploration and the allure of the unique.

Of these, Sydney based Designer Rugs has long topped our list. Family owned and operated since its inception in 1986, the brand has carved out its own place in the industry, riding through each decade with an enduring commitment to quality, craftsmanship and design innovation.

Beginning in a small factory in Sydney’s Inner West, the Tal family founded the company to introduce a new breed of offering to the market, focusing on rugs that combined traditional techniques with designs that showcased the very best of Australia. Keeping this ethos front of mind, the family grew the business over the proceeding three decades, becoming a globally recognised name with rugs in the most prominent projects in Australia and beyond. 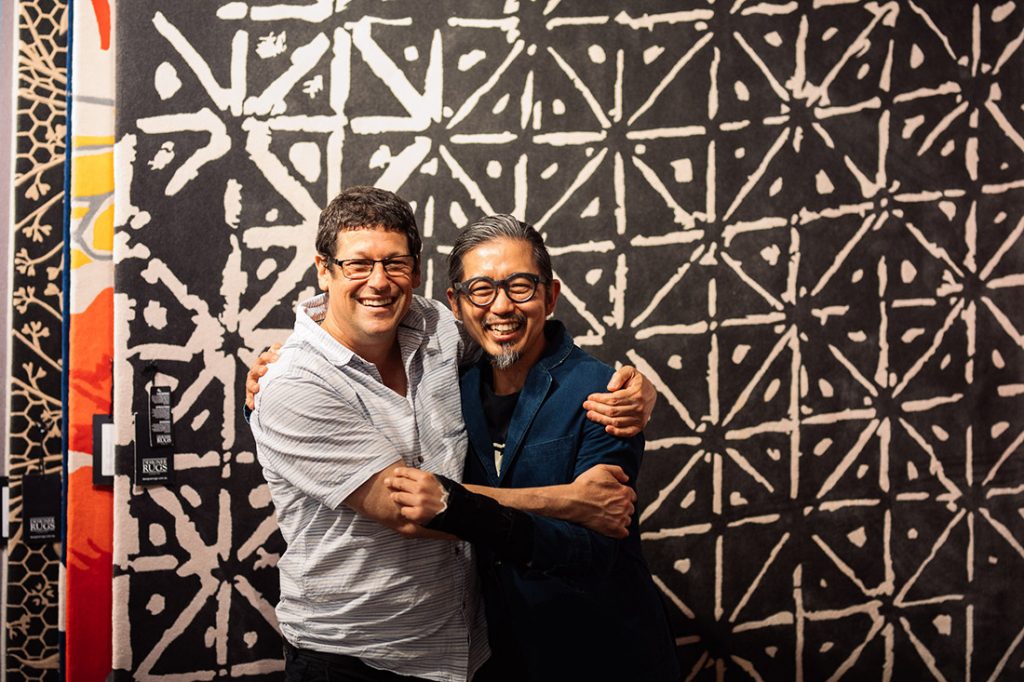 Indesignlive: What drove you and your family to start Designer Rugs and what kind of climate was the industry in when you started?

Yosi Tal: We just saw a gap in the market that hand made rugs weren’t being made in Australia. We had an opportunity through an overseas connection to start manufacturing rugs here.

Did people take to the concept straight away?

Do you think it’s a different sort of climate now?

Designer Rugs has craftsmanship at the centre of its ethos. As sustainability and ethical manufacturing dominates conversations in the industry, are you seeing a wider uptake of those philosophies?

Very much so. We’re very aware of it and we practice it. We try and minimise dying of colours, which leads to reduce use of energy, of colours, of effluence. If someone comes to me and asked for a 4sqm rug with 20 colours in it, I’ll refuse to make it. To dye all those colours for such a small rug is just crazy.

We have certain guidelines that we use within our business when it comes to manufacturing. And the thing is, the raw material that we mainly use in our production is wool. That is a natural product! A lot of carpets, particularly those overseas, are produced using nylon or synthetic materials and that’s based on petroleum products. Whereas wool is not, wool is a natural product, produced by nature. We also use New Zealand wool – a product that is internationally recognised for its quality and commitment to sustainability. This adds another layer to our own ethos of ethical manufacturing. 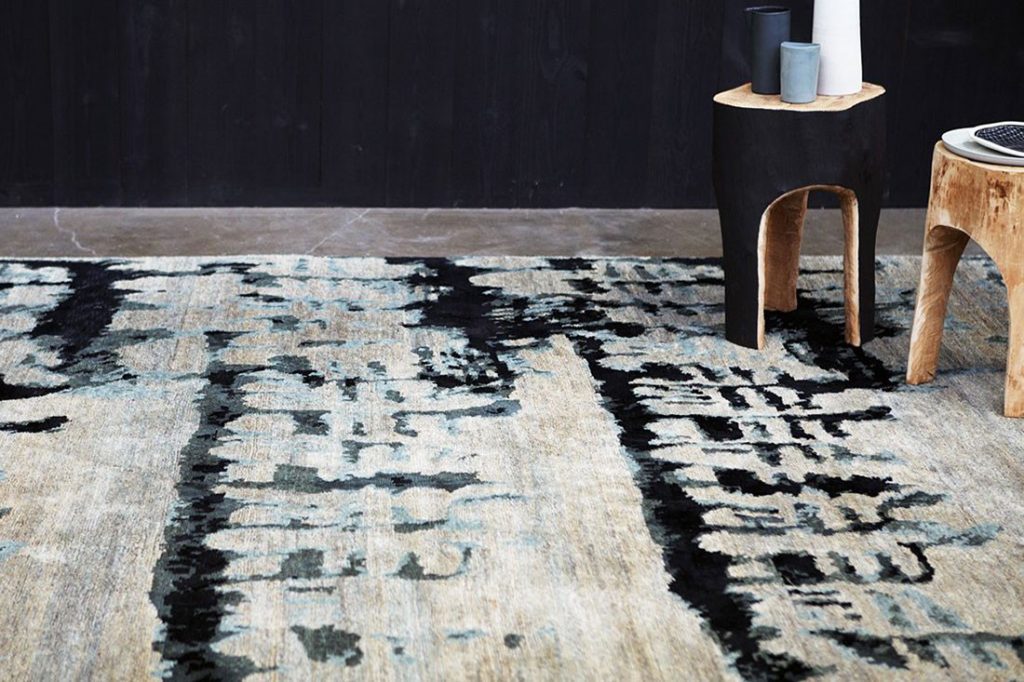 Do you feel, on the other side of things, that there is a shift in the way people are responding to products and that they’re more aware and more considerate in the way they are purchasing?

Yes, very much so. People certainly want to specify products that are environmentally sound and don’t overburden the earth in their production and it’s a conscious effort by most designers to do so – as it should be.

Designer Rugs is featured in a lot of the premier buildings that are going up around the world. Are you seeing any particular trends or movements in the way projects are being produced and the products that are being used inside them?

There are always trends in colour, design and textures. But because we custom make, we’re not necessarily specific, we see everything and that’s the beauty of what we do – we can do anything that they envision.

On the other hand, we have 30 collections with Australian designers that are unique to us. On many occasions, designers will use those collections as a basis for their designs. So we’re not really a custom made house, we are a design house for full custom made carpets and also we have in house design collections. We have a lot that we’ve developed over the years. We’re very collaborative – we’ve worked with some of the best designers in Australia, interior designers, industrial designers, graphic designers and artists. So we’re immersed in the world of design every day. We eat and breathe design.

When you’re talking about those collections, how do you go about picking the people you want to work with?

We get approached and then we pick who we want to work with.

How long is the turnaround?

Usually from starting to talk to someone to launching to the market it takes about 12 months.

We’re not a company that’s been to a trade fair, found a product offshore with all the marketing collateral and everything already done. We have to build a product from the ground up: the design; the photography; the branding; the manufacturing; the distribution. We’re not a distribution company, we’re not a franchise, we’re not an importer as such. We the company, we are the brand, we are the creators, we are the product and we have been for 33 years since the first day we started making rugs in a little factory in Marrickville. 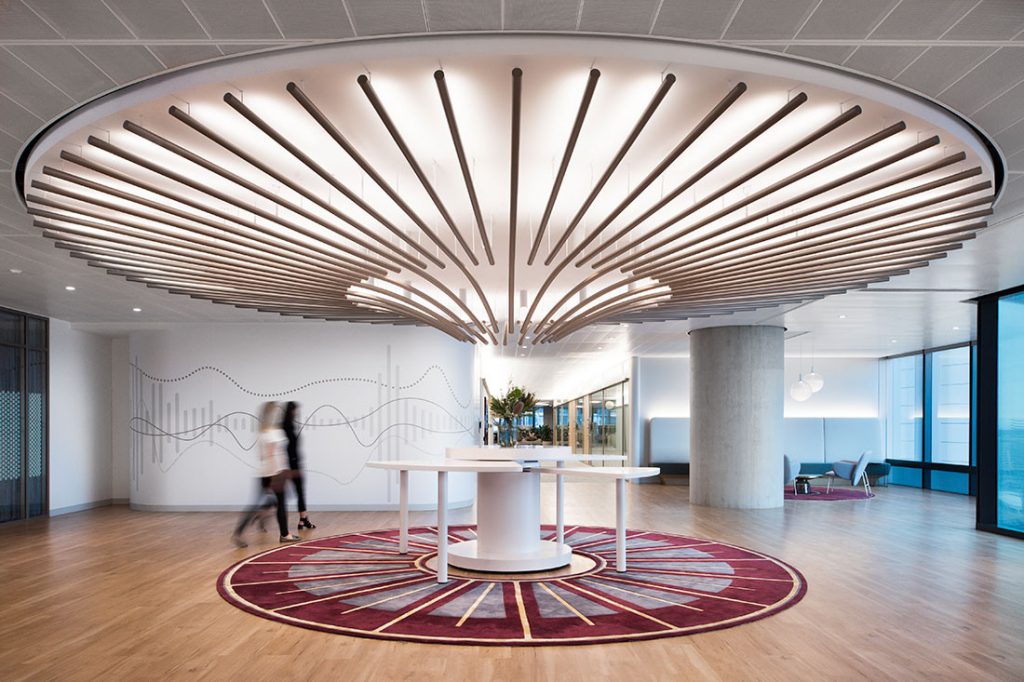 I’m quite interested in how people are interacting with products now we are moving into a digital space. This is especially interesting when it comes to rugs as they’re such a sensory product and being able to feel the texture and see the colours is so important. What are your insights into how that merging of digital and real spaces is going to affect products and product design moving forward?

It just enables people to see how a product is going to be used much more easily. The end user doesn’t need to imagine in their mind, they can insert it using a program and don’t need to take a chance on what it will look like.

A lot of the time, someone will order a fabric for curtains or sofas from a little swatch. Once it arrives, they might not like it because they couldn’t imagine what it was going to look like. Yet, when you can digitise and put it into a space, or a room or a foyer, and you can see the colours and what the design looks like as a whole and how it relates to other products and finishes it becomes much simpler. In actual fact, the digital age has made it easier for designers to show their clients what’s going to happen and what they can expect – there’s no surprises.

If we’re looking 20-30 years into the future, do you still see a space for the physical retail outlet?

Yes, because people want to experience it. Cinemas have shown that people want to be with people, they don’t want to be isolated. People are tribal; they want to be with people. I think retail will still have that draw to it. Maybe it won’t in 20 or 30 years because the people coming behind us won’t have the experience of what it used to be like and therefore won’t know any better and they’ll be poorer for it. If everything is experienced through the phone or iPad you lose the smells, the sounds, the feeling of being with people. It will be very sterile.

Where do you think, given your position in the industry, architecture and design is heading through the next decade and what the future is going to look like in that space?

I think it’s more about individual customised design. If you look at the proliferation of custom made of everything, it’s clear that people don’t want to buy mass produced and don’t want other people to necessarily have exactly what they have. People want something specially made – custom has gone through the roof for all products: fabric; wallpapers; flooring.

If not custom made, they want small, limited runs. A decorator doesn’t want to use the same piece of furniture in 100 fit outs, nor do they want to use the same rug again and again. They want to reflect the customer’s personality, the property’s personality, and the individuality of the space. So I think the custom made story is only going to get bigger. 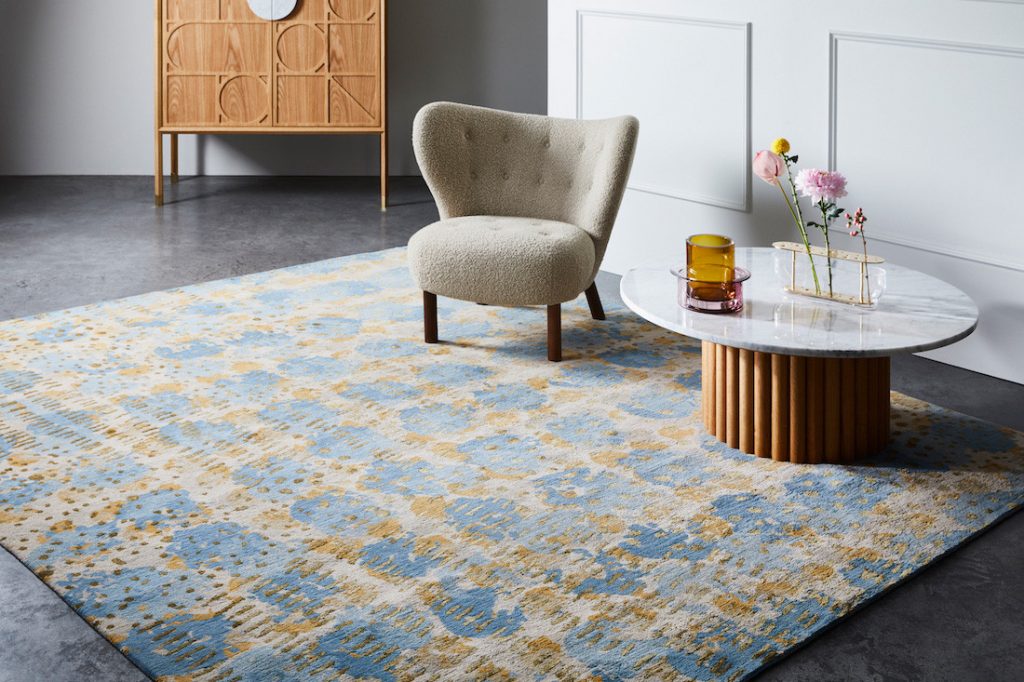 What about in relation to social media? Are you seeing the way people come across your brand change?

I actually think social media is changing. We’ve certainly noticed a difference in the way people are using social media. I think people are becoming a bit more selective in the time they’re spending on social media and what they’re looking at. The likes on Instagram have plummeted, and I know from myself, I used to be on Facebook nearly every hour and now use it once a day. Same with Instagram – I’m actually becoming quite bored of it and I’m also trying to minimise the use of my mobile phone. This could be a trait of my generation but maybe the younger generation will also start realising that they’re wasting their time on the phone when they could be talking to the person next to them.

So I think this might be creeping in, social media took the world by storm and I think it’s still important and still relevant to people’s lives but I think it’s going to be consumed in a different way, people will be more selective and spend less time on it. It is also understood that there is some connection to people’s wellbeing as well. I think it will evolve like everything else…

When you look at where Designer Rugs is heading, what are you most excited about?

Well, we’re totally focused on Australian Design: all our collections are Australian, everything we do is here, we get influenced by what is happening here not by what is going on overseas. We are totally and uniquely an Australian design company. We’re driven just by Australian design, we don’t look at offshore trends, we do our own thing all the time and that’s what excites me the most because I still think Australian design has a long way to grow in terms of capturing more markets overseas.

The influx of so many people who want to live here will lead to greater opportunities and new design narratives, the globalisation of everything and the facts that there’s lots of Aussies working offshore means more Australian design will get out there. We’re constantly exporting products all over the world. We’ve been used everywhere, hotels in China and Vietnam, homes all over America, Hong Kong, Singapore, London, the Philippines and Mexico. We’re exporting all over the world, that’s very exciting for us.