The expanding lexicon of home

Can a house heal, delight and restore ties as much as it provides shelter? In recent years, the crop of single-family dwellings in Singapore displays modes of expression, experience and efficiency that reflect the humble typology’s increasing fulfilment of diverse roles. 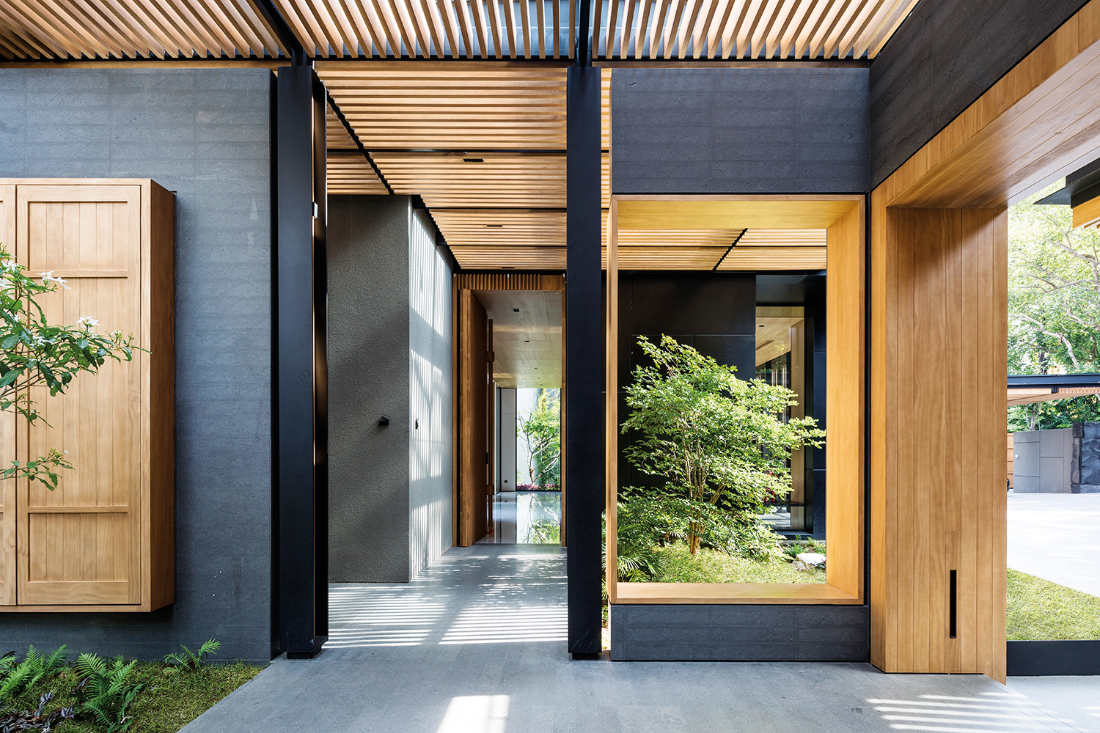 Park + Associates' 3:2 House addresses the issue of multigenerational living with a common foyer that diverges into different living quarters, with only selected spaces that are shared. Photo by Fabian Ong.

A drive down a typical landed housing enclave provides a snapshot of the evolution of local house design in Singapore. While many are stylistic exercises reflecting specific eras, there have been an increasing number of inventive solutions to the myriad challenges of climatic mitigation, space limitation, familial engagement, urban chaos, demanding building regulations and integration of nature.

The Internet and the easy access to design it provides is one driver. “Clients are more well-versed and a lot more open to architecture that is explorative and design-driven rather than simply addressing functional issues. Many no longer equate luxury with the traditional aesthetic of opulence and extravagance. [They desire] a kind of minimal or conscious luxury, if you will,” says Christina Thean, director at Park + Associates.

Park + Associates’ 3:2 House addresses the issue of multigenerational living with a common foyer that diverges into different living quarters, with only selected spaces that are shared. Photo by Fabian Ong.

In recent years, this has resulted in homeowners being increasingly open to more common and “unglamorous” materials, which provides architects with more exciting opportunities. Many local architects like Yip Yuen Hong of ipli Architects and Chang Yong Ter of Chang Architects, just to name a couple, have responded by shaping new expressions of tropical modernism.

It’s a situation that is not unique to Singapore but has also been adopted with increasing refinement in the region. Leading the way are architects like Vietnam’s Vo Trong Nghia and Indonesia’s Andy Rahman. Sri Lankan architect Palinda Kannangara’s soulful, tactile homes that work with the hot and humid climate are also inspiring. In this respect, what happens in the region adds to a richer conversation in Singapore about how we live, and vice versa. 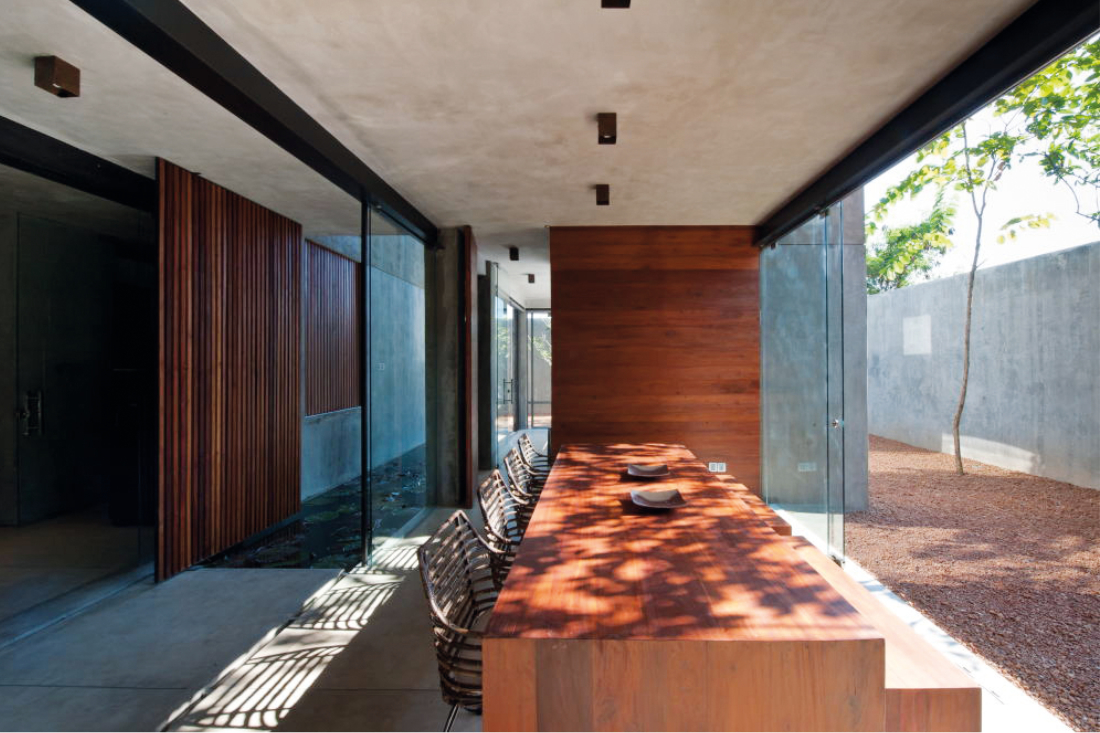 Regional projects such as Palinda Kannangara’s Urban Slice House also deals with similar ideas of creating a sense of openness on a relatively compact site. Photo by Waruna Gomis.

‘As we evolve in consciousness, and with the current pandemic and the numerous conspiracies threatening our being and state of being (such as the increased use of 5G technologies), the house is not just a habitat, but also a place of retreat, reflection and healing for the body, mind and soul,” says Chang Yong Ter, founder of Chang Architects. Indeed, this has been more acutely felt during the pandemic which has expanded the home’s daily role to include that of office, gym and school.

“Clients are increasingly exposed and articulate. More see the house beyond utilitarian shelter,” echoes Alan Tay, co-founder of Formwerkz Architects. The firm responds with works exhibiting plasticity in form and programme, stitched tightly with nature. A recent example is the Window House, with a garden at its heart. Internal spaces flow sequentially between two skins, their staggered apertures enriching internal and external relationships. “These windows are not just effective in moderating the amount of daylight into the interior, but frame life and nature. Sometimes, they delight with the seasonal blooming of flowers,” says Tay.

To be sure, nature is finding its way deep into the plan rather than being detached as exterior landscape. Homeowners recognise that sacrificing some space for greenery augments and encourages holistic living. Courtyard gardens, indoor planters and green walls align to the awareness of nature’s ability to reduce stress and improve health – though these strategies are also widely employed to turn the house inward for privacy. 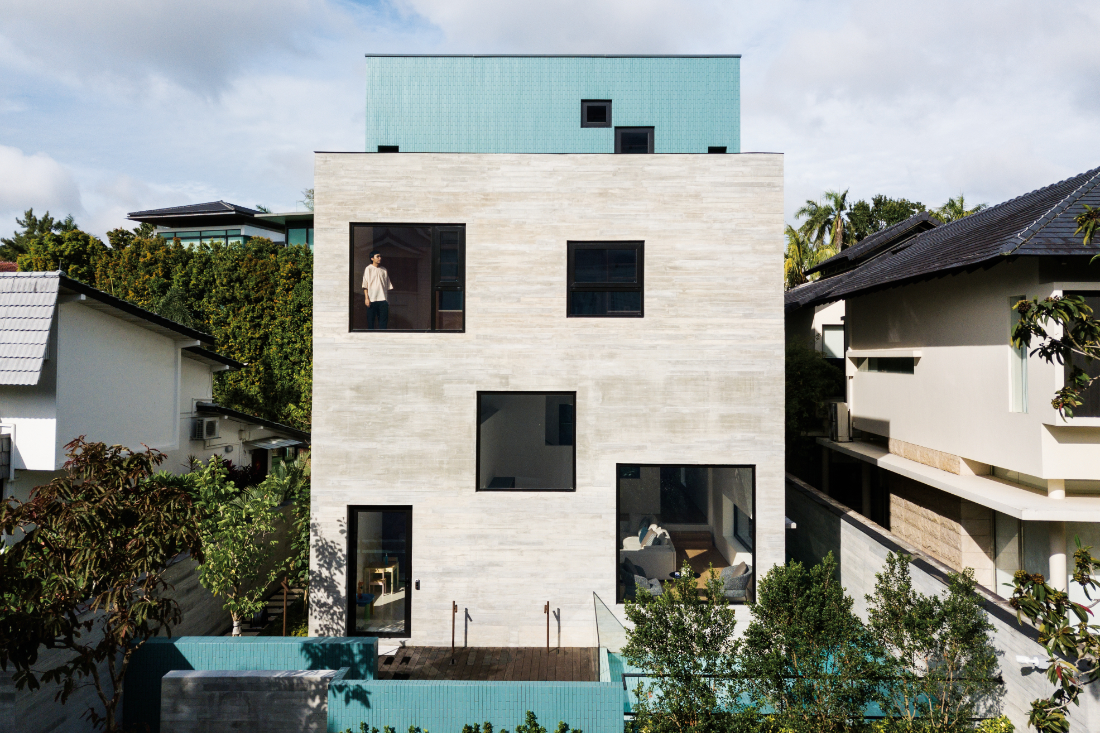 The Window House by Formwerkz Architects frames life and nature through a series of apertures that also allows light deep into the plan. Photo by Fabian Ong.

“Clients are more well-versed and a lot more open to architecture that is explorative and design-driven rather than simply addressing functional issues.”
– Christina Thean, Park + Associates
.

Thean feels that compared to larger typologies, biophilic considerations in house design is still superficial. To be truly ecological, a fundamental mindset shift is needed to reduce waste and incorporate green approaches at the start of the design process. Not over designing also helps. British architect Guz Wilkinson has enjoyed creating houses wrapped in landscaping and water bodies offering visual and thermal relief for more than two decades in Singapore, but observes this might be compromised with clients demanding bigger houses, leaving less room for greenery.

To that, Yip Yuen Hong, principal of ipli Architects, propagates quality over quantity. “20 years ago, the houses we designed were much smaller. We do not need so much space that the house becomes impersonal and loses the intimacy of a home.” With thoughtful design, smaller footprints can also be effective. Adaptive retrofit rather than tabula rasa needs to be more widely considered; houses should not be like fashion, demolished only after 20 to 30 short years. 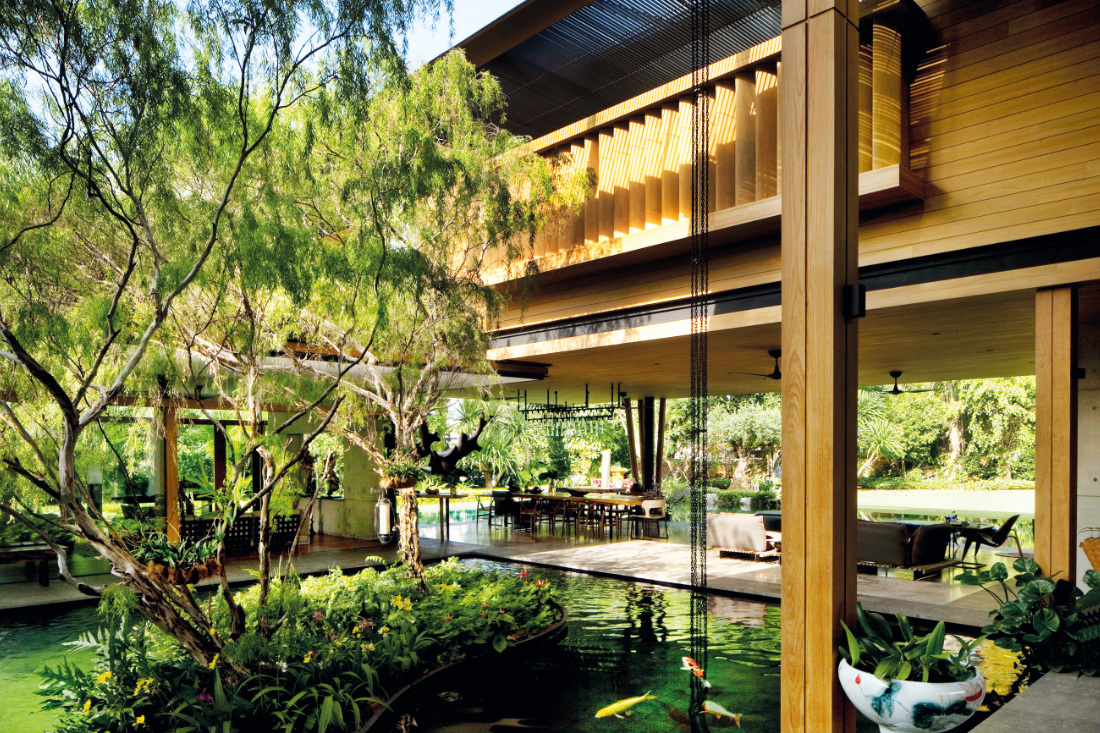 A lush foil of greenery and water anchors the Olive House by Guz Architects. Such generous allowances for nature are increasingly rare with homeowners looking to maximise gross floor area. Photo by Patrick Bingham-Hall.

Yip’s 19 Sunset Place is an example. It wraps a new concrete shell over existing brick bones and the dialogue between old and new offers depth of experience and texture. The outer layer shelters the inner structure so openings can be enlarged for better light and ventilation. “I had designed houses with two-metre overhangs to deal with the sun and rain in the past. In this case, I was wondering how to do it differently without having to resort to a big roof,” he says. Its monolithic form and raw concrete finish defies traditional tropes of tropical dwellings, but the house is entirely functional for easy tropical living.

Beyond responding to tropical climate, houses here have also had to address multi-generational living more and more. This concept is intrinsic to Asian households that extol filial piety and community. “People want homes with spaces that facilitate communal activities and celebrate the sense of togetherness, but also want to be able to retreat into their own private spaces at the end of the day,” says Thean. Park + Associates’ 3:2 House was designed for a pair of siblings and their families and addresses these issues. A common foyer forks to individual lift cores, living rooms and bedrooms. The plan converges in the basement for shared facilities like the gym and a central garden, into which separate dining rooms can open up for family gatherings. 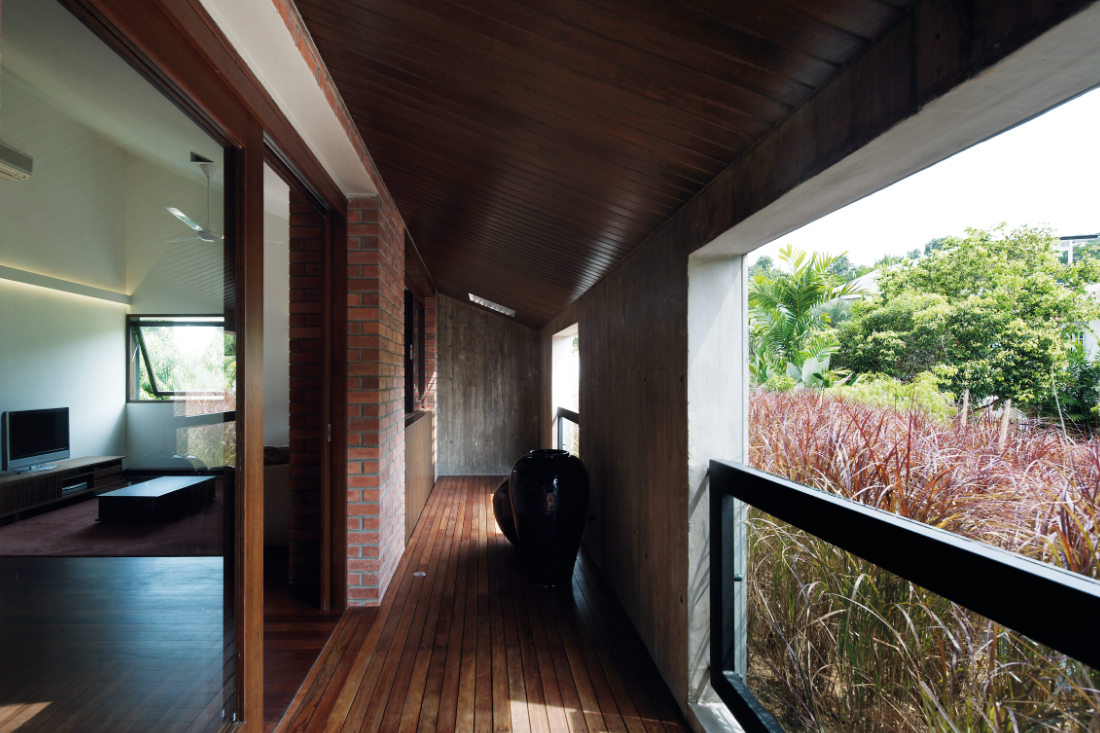 Where space is of concern, designing for flexibility needs further exploration. The recent easing of building regulations is helpful. For instance, the Envelope Control Guideline diffuses the rigidity of conventional internal stratification. The next step would be to expand building control to site envelope as “this will dramatically open up a lot more possibilities for massing and spatial configurations, giving architects more leverage in design while granting them more trust to be custodians of the urban environment,” says Tay.

However, such regulatory changes can be a double-edged sword, cautions Wilkinson. The new rule subsumes the previous allowable two-metre overhang that did not count as sit coverage into the building envelope. “As more homeowners want to maximise Gross Floor Area and site coverage, they will push the [house’s walls to the edge], ending up with no roof overhangs to protect from the strong topical sun and rain.” While thorough discourse between practitioners and regulators need to be increased, architects will also have to be more inventive and persuasive in response.