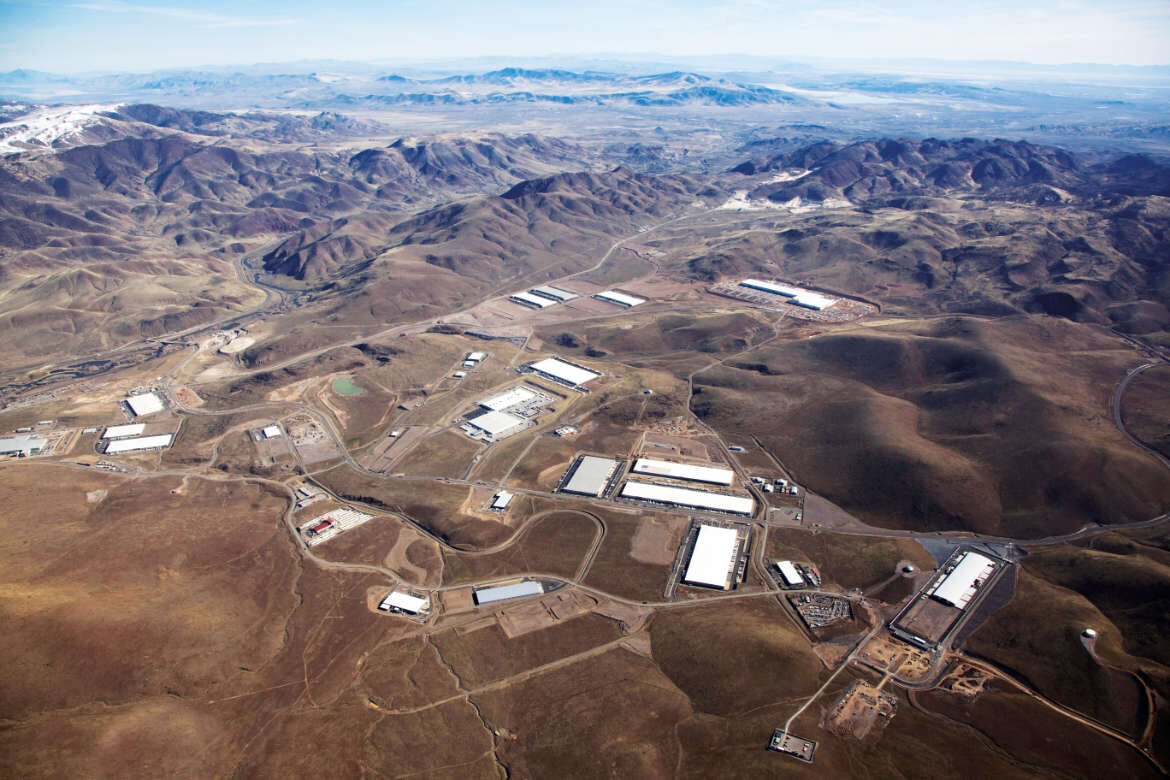 Mega industrial sites such as the Tahoe Reno Industrial Center in Storey County Nevada fall under Rem Koolhaas' definition of 'countryside' – essentially non-urban areas. Both the exhibition and book take stock of the current condition of the world's 'countryside'. Photography by Evan Petty.

In February 2020, the Guggenheimm Museum in New York presented Countryside, The Future by Rem Koolhaas and Samir Bantal, director of AMO, the research and design studio of Koolhaas’ Office for Metropolitan Architecture (OMA). Countryside, A Report is the catalogue for the exhibition and opens with an introductory essay in which Koolhaas puts forward the question:

“Are we really heading to an absurd outcome where the vast majority of mankind lives in only two per cent of the earth’s over-populated surface – and the remaining 98 per cent would be inhabited by only one-fifth of humanity, staying there to service them?”

With so much attention given to cities (premised on the popular idea of global urbanisation that began in the 1990s), the rural, remote and the wild have consequently come to constitute a territory that is left over – what Koolhaas calls the “ignored realm”.

Koolhaas posits that there are two tasks now – “the inevitability of Total Urbanisation must be questioned, and the countryside must be rediscovered as a place to resettle, to stay alive; enthusiastic human presence must reanimate it with new imagination.”

Question and rediscover he and his study group – comprising Bantal, and the students at the Harvard Graduate School of Design, Beijing’s Central Academy of Fine Arts, The Netherlands’ Wageningen University and the University of Nairobi) – did.

Koolhaas’ interest in the countryside dates back at least to 2012, when he had already been giving talks and declaring that the countryside was the “frontline of transformation”, and “more volatile than the most accelerated city”.

The 2020 book offers a mix of interviews, travelogue-style essays and opinion pieces by AMO and 15 contributors—a composite picture of the most fascinating phenomena taking place in non-urban realms today: Taobao villages in China, a robot test field in Japan’s Fukushima, depopulated-then-repopulated European hamlets, buffer tracts that both form boundaries between and mediate wilderness and “human” habitats. Discussions range from “gorilla politics” (tensions between habitat conservation and redevelopment) and thawing permafrost to pixel farming (a method of cultivating different plant species next to each other in small plots to harness natural biodiverse synergies) and future foods (less outdoor agriculture, more factory farming; based on chemistry and biology rather than mechanisation).

The team visits The Tahoe Reno Industrial Center (TRIC), touted to be the world’s largest industrial park and already high-tech sites of production for unicorns including Google, Tesla, and Blockchains. Of the place Koolhaas writes, “TRIC: A rare virgin birth? The buildings here are not for humans but for things and machines. Thousands of years of architectural and cultural history are ditched. Debates, predictions, ideologies ignored, literally.”

“It is post-human. There has been no Architecture of similar vigour in the last 100 years. It is based strictly on codes, algorithms, technologies, engineering, and performance, not intention. Its boredom is hypnotic, its banality breathtaking. Inside, because there is no daylight, the effect of multiple light sources, vibrating machines, is mesmerising. ‘Degree Zero’ is attractive.”

He continues, “A new architecture is born beyond our attention, without any symptoms of humanism. We can get rid of handicapped access. There is no reason to articulate anything. There is no entrance, there are no users… robots don’t need beige. There is no tradition. Not to sabotage process is the only ambition. There is no context. There is no expectation. There is nothing. But the implication is exhilarating.”

While the countryside is being radically and rapidly transformed by human activity now, Koolhaas points out that the phenomenon is not a simplistic reversal of urban to rural, and neither are the two realms mutually exclusive. He emphasises that Countryside is not a polemic against the city. It is suggested that the project prompts new ways of thinking and encountering an unfamiliar territory.

Countryside offers many such prompts. The book offers the home-bound reader a satisfying globe-trot across the project’s diverse agenda. Book collectors will delight in the fact that the shiny-cover paperback was designed by Irma Boom, who has been producing books with the OMA since the 1990s. And while pocket-sized (it is 10cm by 16cm, roughly the size of a hand, and exactly one inch thick), this book’s weight comes from the heft of the ideas it condenses. This “ignored realm” contains so much to be rediscovered and to be imagined – to reiterate Koolhaas, the implication is exhilarating.