A Case For The Conservation Of Modern Architecture

At the eight mASEANa International Conference 2019, insights into best practice in the UK and USA were paired by the impetus of local advocates for a new system that recognises the value of modern architecture beyond economic returns.

How can we begin to quantify the value of retaining a declining building in social and environmental terms? Is it possible to create a system that makes conservation a natural progression while ensuring commercial viability for its stakeholders? These were some of the questions raised at ‘Rejuvenating Modern Buildings: The Social and Economic Values of Heritage’, the plenary session on day two of the mASEANa (modern ASEAN architecture) conference held at the URA Centre. The conference, titled ‘Progressive Once More: Rejuvenating Mid-Century Modern Architecture in Southeast Asia’ was held on 31 October and 1 November, with two building tours the following day. 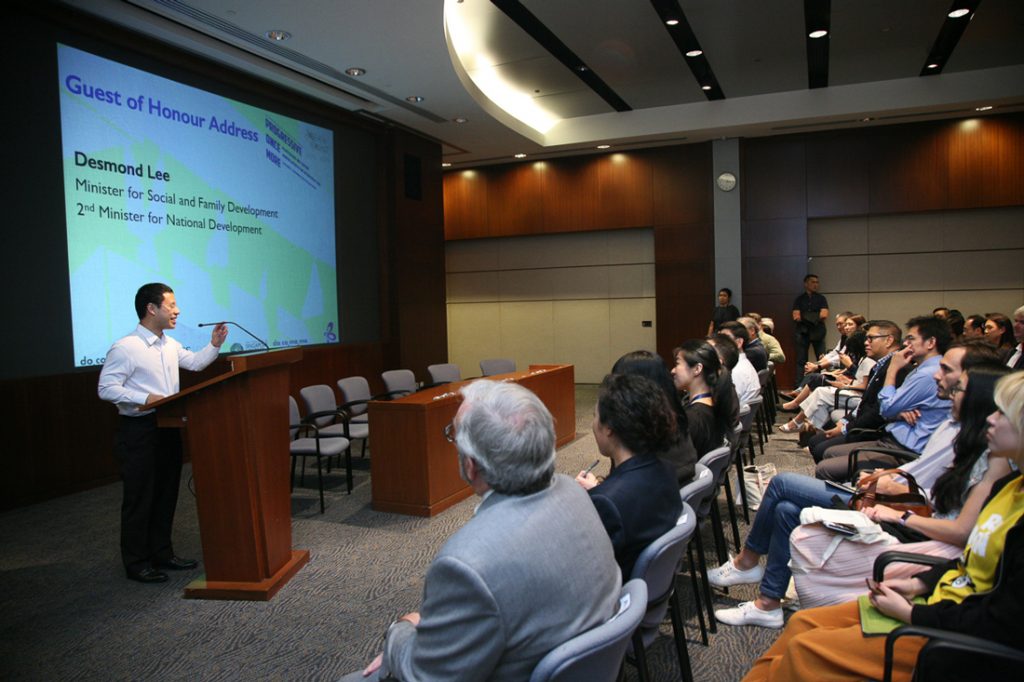 With a gap in government policy for the preservation of post-independence buildings, works of Singapore’s pioneering architects are at risk. As put forth by speaker Malone-Lee Lai Choo (NUS Centre for Sustainable Asian Cities), this problem is exacerbated by the 1999 amendment to the Land Titles Strata Act that allows for 80-per-cent consensus as opposed to unanimity for en bloc sales to proceed. The current system favours commerce above other causes and there is a need to readdress that. 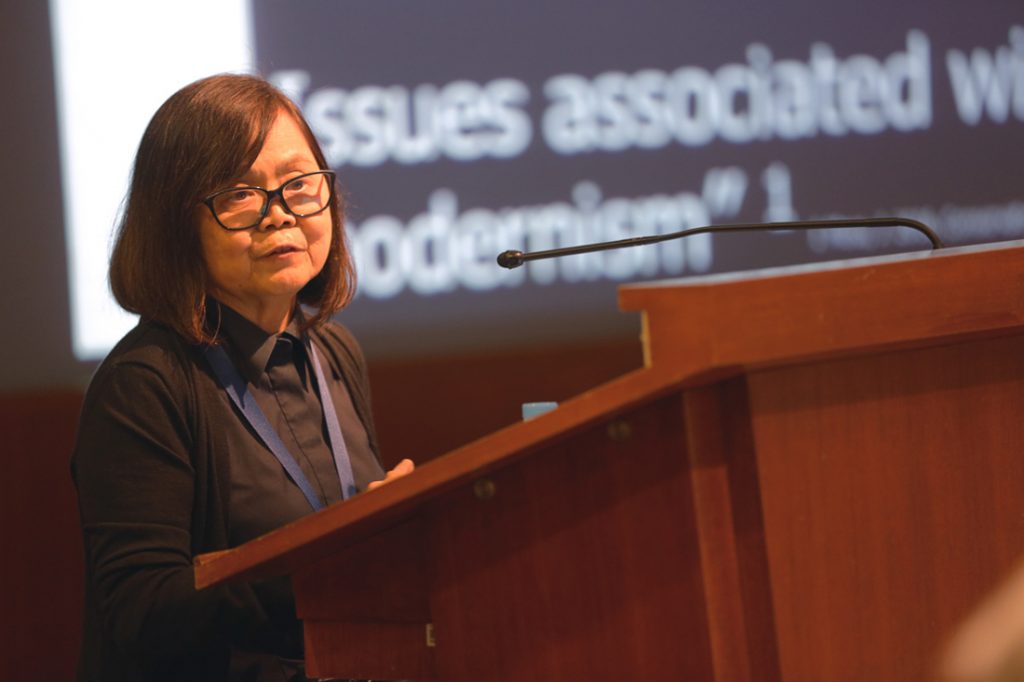 From an engineering viewpoint, Dr Hossein Rezai (Web Structures) explained that the challenges facing conservation in Singapore includes a shortfall of appropriate engineering competence and the emergence of new building codes that rendered old building codes “unsafe”. For the developer, it is often more straightforward and cost efficient to destroy and rebuild rather than repair and reuse. 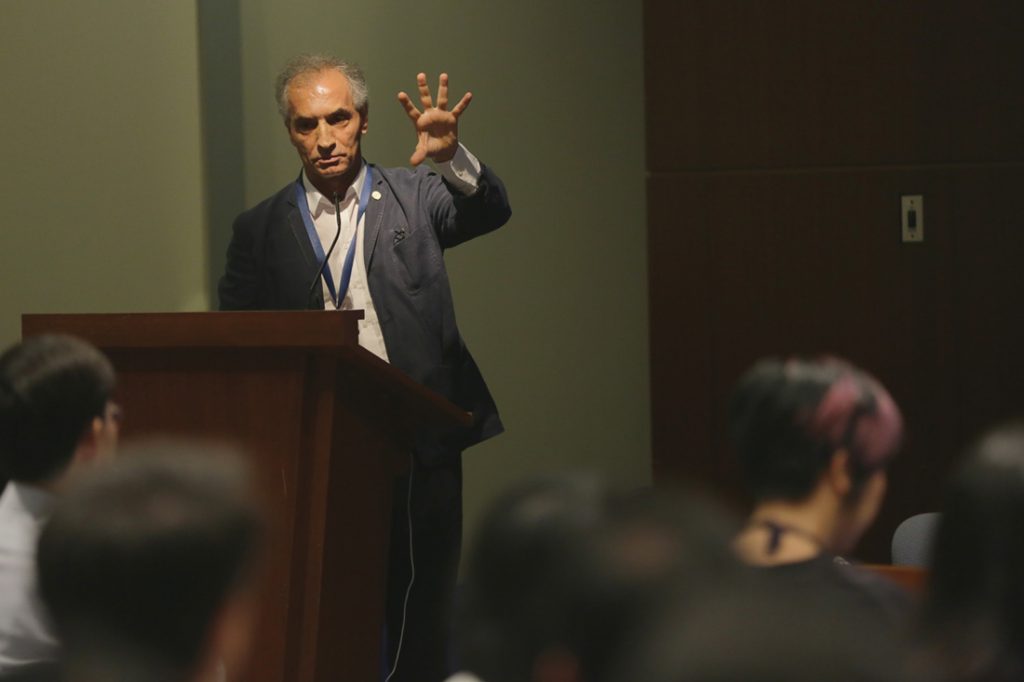 Yet it has become impossible to ignore the repercussions of this modus operandi. Put in perspective by Dr Rezai, the demolition of a typical high-rise emits 51,300 tonnes of carbon dioxide – equivalent to wiping out 10,000 hectares of forest (or 8.7 million trees), which is an area larger than all of Singapore’s nature reserves. “If the purpose of design is to address challenges facing humanity and the planet, which of these challenges are served by pulling reasonably robust buildings down?” he asked. 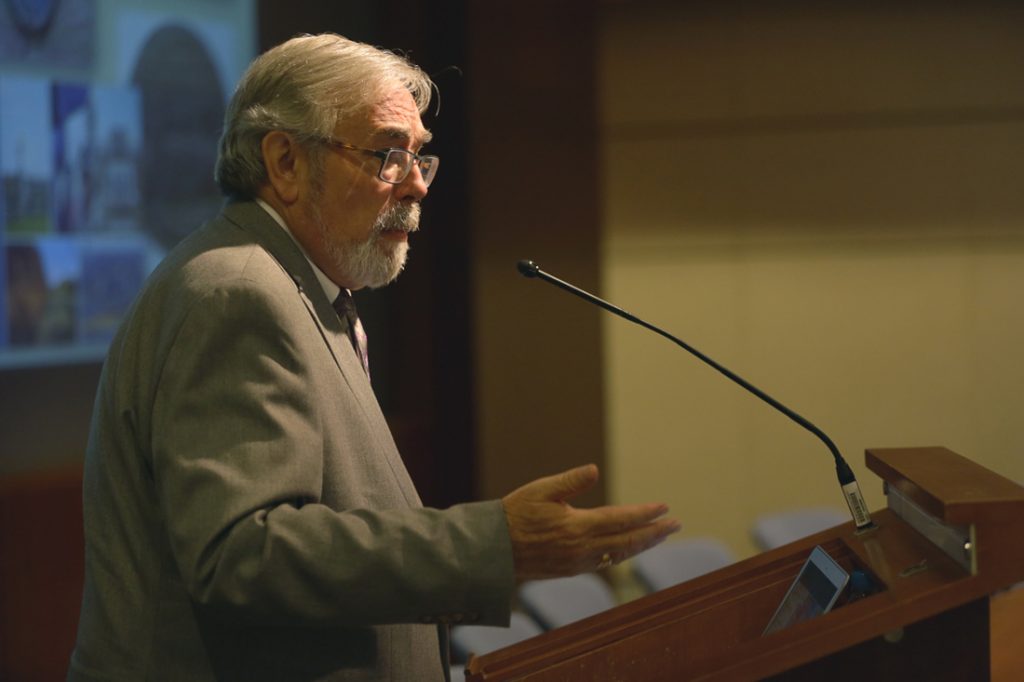 Donovan Rypkema, Heritage Strategies International (United States), explained that the cost/value relationship of reusing modern heritage buildings is often economically reversed, posing a deterrence for the private sector, which ultimately pays the price. In light of social and cultural values associated with conservation, Rypkema encouraged more government incentives to help narrow the gap for developers to come onboard. 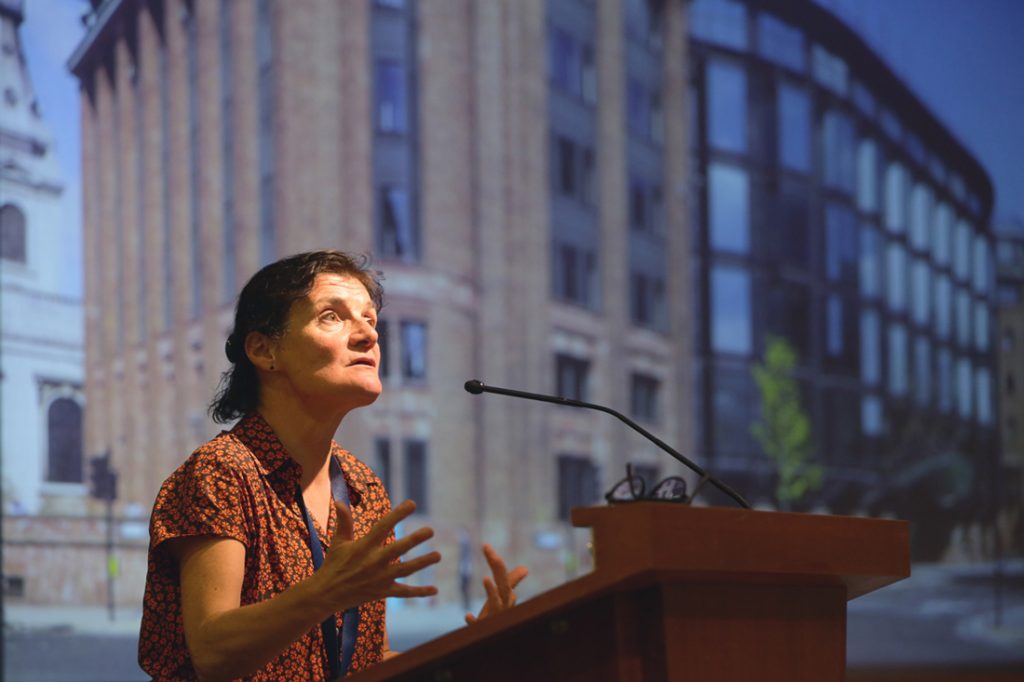 “Every program, I think, has to have its sacrifice that led to an instant campaign [for conservation],” said architectural historian Elain Harwood who specialises in researching post-1945 buildings for preservation listing in England. She spoke of a system that once included only pre-1939 buildings while showcasing the many success stories of rejuvenated modern buildings in Britain. 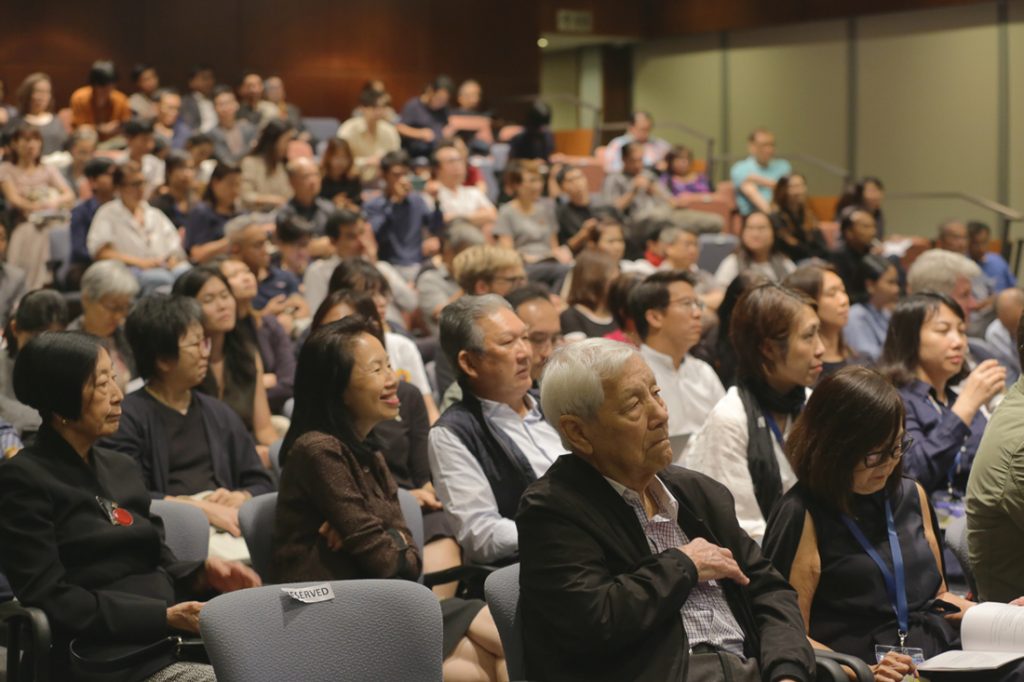 For instance, the listing of Park Hill, built in 1957, led to a massive regeneration project undertaken by developer Urban Splash who was represented at the conference by Mark Latham. Once a happy place for mass social housing, Park Hill declined in the mid-1970s and became associated with unemployment and crime in Sheffield. 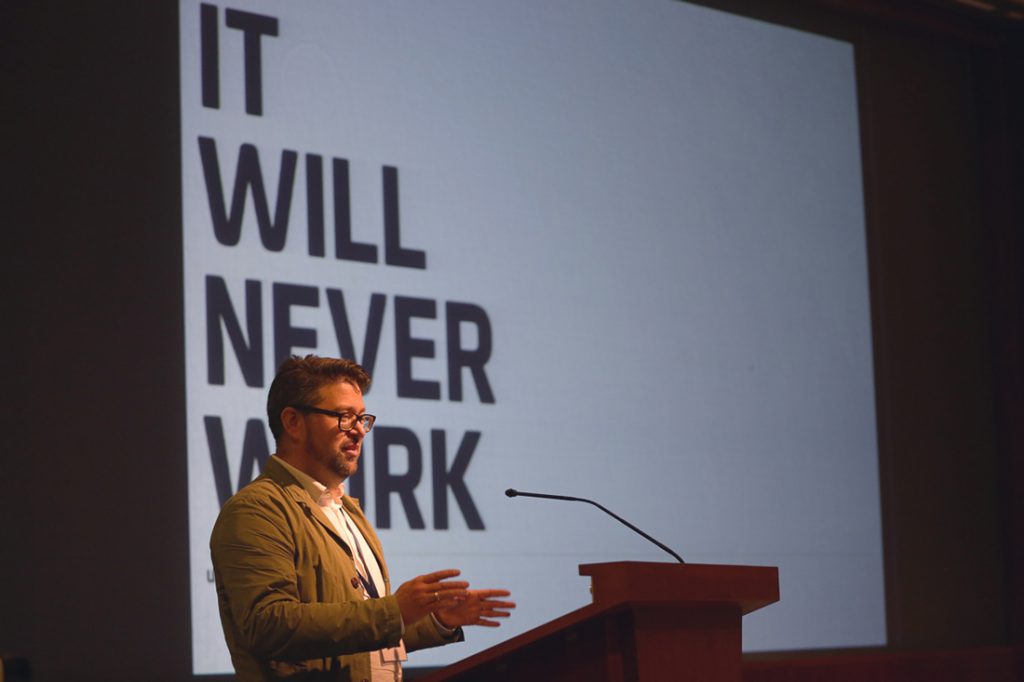 Guided by a ‘remade in Sheffield’ manifesto, Urban Splash’s ongoing five-phase plan goes beyond improving the physical and practical. Rooted in community development, the completion of phase one reaped positive public benefits. People are, once again, proud of the iconic brutalist estate, driving economic returns. 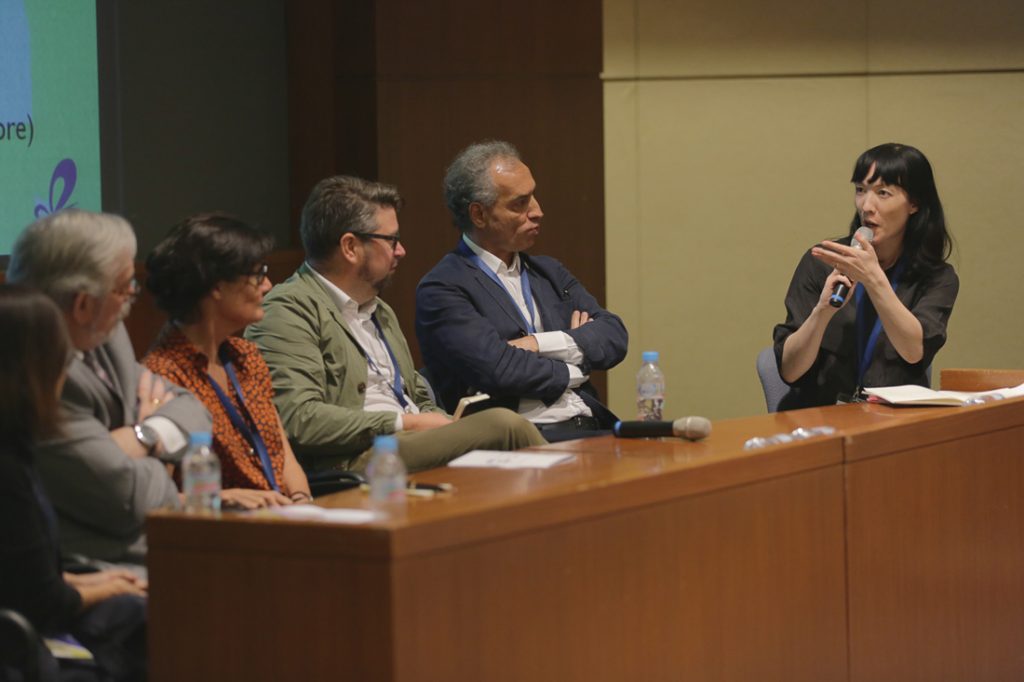 “Every project [that we do], people say ‘it will never work’, but we’ve always managed to make it work somehow,” said Latham who added: “We like profit,” but it is “the bigger picture” that gets him out of bed every morning.

After evening networking at the end of the conference, two building tours were conducted on Saturday 2 Nov. A tour of Pasir Panjang Power Station District was curated by Jerome Lim. A tour of Golden Mile Complex was curated by Tay Kheng Soon.

Stay tuned for a recap of the rest of the mASEANa program, which featured speakers from the ASEAN region.

The mASEANa Project, initiated in 2015, is a six-year travelling series of conferences and workshops advocating for modern architectural heritage in Southeast Asia. The conferences are coordinated by Docomomo Japan and the University of Tokyo, and supported by Docomomo International and ICOMOS International Scientific Committee for 20th Century Heritage. The Singapore edition, mASEANa 2019, had a local organising committee consisting of Docomomo Singapore, the National University of Singapore’s Department of Architecture, and the Singapore Heritage Society.