Beyond Future is a mind-blowing and perhaps prescient cinema complex in Wuhan. Tamsin Bradshaw starts peeling the layers off this project by Alexander Wong Architects. 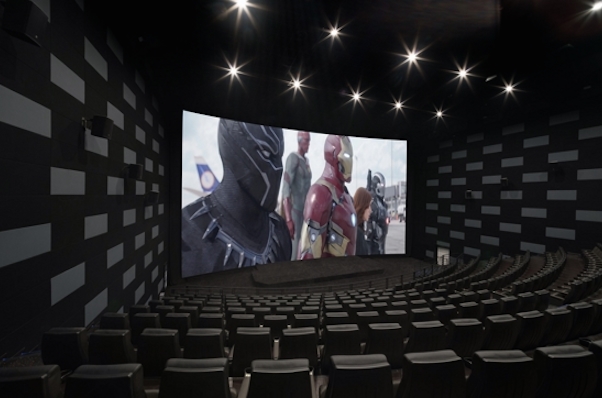 In 2012, the Embassy of Switzerland and Bernisches Historisches Museum brought an exhibition based on Albert Einstein to Wuhan, China. This exhibition featured more than 200 exhibits relating to the theoretical-physicist who developed the theory of relativity. It was this exhibition, and Einstein’s theory of relativity in particular, that became a starting point for Alexander Wong Architects’ recent Wuhan cinema project, Beyond Future.

Cinema complexes are something of a specialty for the award-winning design and architecture firm based in Hong Kong. The firm has created a long list of fantastical movie theatre complexes in China and Hong Kong, such as an Alice in Wonderland cinema in Tuen Mun and an Avatar-themed cinema in Zhongshan.

Profound and often fantastical themes – many of them inspired by films – are part and parcel of Wong’s approach. His projects are like onions: peel off one layer of meaning, and you’ll find another layer beneath it. A tunnel through space and time at Beyond Future

With Beyond Future, the theory of relativity comes through in the use of colour, light, mirrors and spatial design. “There is no reference point of any kind with regard to centre, walls, floors, ceilings and furniture,” says Alexander Wong, the firm’s Founder. “You’re going through this tunnel of space and time. It’s a tunnel to another dimension of human consciousness. It’s beyond time, beyond space, beyond future.”

Along with space, time and relativity, another layer of meaning relates to transcendence and the singularity, that moment when artificial intelligence supersedes human intelligence, putting technological development in fast forward and changing the face of human civilisation forever. “What might have been and what has been Point to one end, which is always present” – Beyond Future references T.S. Eliot’s No. 1 Quartet: Burnt Norton

When Wong was working on Beyond Future, the film Ex Machina had recently come out, unsettling audiences with its tale of a computer programmer who is invited to meet a robot with artificial intelligence and a very human face. It’s a look at how the singularity might play out – something Wong is certain will happen “within our lifetime or that of our kids,” he says.

“By 2047, the world will be totally controlled by artificial intelligence. But there is no artificial or organic here. I think computers created humans, versus humans creating computers,” he says. “This whole idea that silicon-based intelligence or entities cannot create hydrocarbon-based intelligence is perhaps false – it’s very human-centric. In the film The Matrix, the architect or the god has always been a computer. The question is, who created whom? Or did they both start together?”

According to Wong, “We will either become increasingly obsolete, or we will become part of this evolution of change. Our challenge on this project was how we were going to interpret this through a cinema. People don’t actually go to the cinema to think about this sort of thing.” More corridors through space, time and the mind at Beyond Future

The rise of gamers and gaming is another theme Beyond Future considers, particularly through the use of black reflective surfaces. Wong’s design for the cinema looks at where online gaming could go in the future. “In Hong Kong, there won’t just be action games. You will be able to play online games about asking for money from your parents, having a mistress, getting a divorce. Everything will be virtual, and everyone will play them, the way they used to play Monopoly. Everyone will live in that world of the black mirror,” he says. “This whole experience of going to the cinema will be related to games, and yet played out in some kind of reality, virtual or non-virtual.”

Of course, many of these conceptions of humanity’s future are hidden from the casual observer. “They’re not obvious when you come here, and yet, mysteriously, people come here and fall in love with it,” muses Wong.

He believes part of the appeal may come down to the fact that the cinema is “saying less … by doing less, we may be doing more. We are attempting to realise profound concepts into spatial reality by implication rather than blatantly stating the obvious or even the subtleties. After all, either on a conscious or subconscious level, it is the viewer’s free will to experience the space and connect the dots, in order to fully understand Beyond Future’s true narrative.” This discovery heralds an exciting new direction for Wong and his team. “It’s a major turning point with respect to design direction in our office,” he says. “The ideas are more profound.”

Profound they certainly are; with Wong’s projects, you get the feeling that you’ve merely skimmed the surface of meaning. Beyond Future is no different, and it sounds like the next one – a cinema based on Star Wars – will similarly boggle the mind. “For this cinema, we want to create something that’s visionary and powerful and searching,” says Wong. “Living in space is the next growth.” 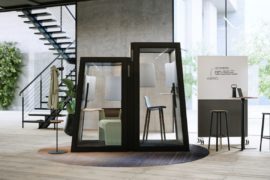 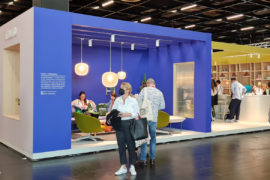