Looking Into The Future 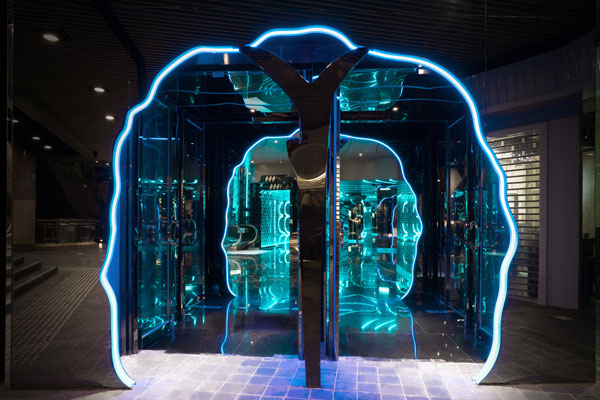 We previously covered Alexander Wong’s fantastical design for Cinema Futura. The Hong Kong-based architectural wunderkind is no stranger to cinematic designs, often conjuring hypnotic spaces that blur the line between reality and cinema. Light and mirrored surfaces, the latter with the ability to reflect and deflect, are common design motifs, which combine to create a myriad of optical illusions in Wong’s designs.

A post-graduate of the School of Architecture at Princeton University, Wong worked his way up the ladder at such firms as Rocco Yim, Michael Graves and KFP before founding his eponymous firm in Hong Kong in 2001. Of his influences, Wong attributes it as “not so much from the design world”, but rather, nature, philosophy, human psychology and the sciences. The architect has distilled his latest futuristic obsessions into the Carmen Futura at Langham Place. Located amidst the hustle and bustle of Mongkok, the new cinema takes its name after Wong Kar-wai’s 1988 film As Tears Go By, or Mongkok Carmen in Chinese.

The immersive cinematic experience begins at Cinema City Plaza on the ground floor, where patrons are treated to the latest movie trailers, courtesy of a giant iCloud LED screen. The Golden Rose Elevator pulls up to the eighth floor, where through a LED light studded Cloud Atlas Tunnel, one enters the Lobby Futura. To one end, the Morph Bar puts the list of drinks and snacks in a scintillating display, and next to it, a LED screen displays an impressive roll-call of movie premieres and red carpet events. Both floor and ceiling are outfitted with meandering streams of Cloud Atlas-inspired patterns with colour morphing effects. With tickets and popcorn tucked firmly under the arms, visitors ascend via a Sky Elevator to the Cinema Houses, which are themed with names including House of Fox, Cinema City House of Glow. Carmen Furtura also boosts Hong Kong’s first 4DX cinema house. The cinematic experience continues in the restroom with a Tron hand-wash basin. Wong says of his design philosophy, “cinema is about time travel and experiencing the future is always the most exciting. Even the past [documented] in cinema is only a re-interpretation of former events, not documentaries per se”. Aside from Carmen Futura, Alexander Wong Architects has just wrapped up work on the spanking new MW Michael Wong store in Causeway Bay, as well as the Creative Culture City in Zhuhai China and UA Cinema in Chengdu. Projects in the pipeline include the China Film Cinema City in Wuhan and a cinema city in the Middle East. 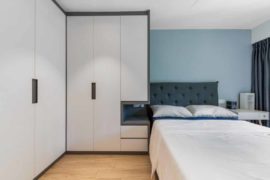