The Arctic exhibition at the Hong Kong Design Institute

Design and architecture in the Arctic is explored in a new exhibition now on at the Hong Kong Design Institute. Christie Lee writes. 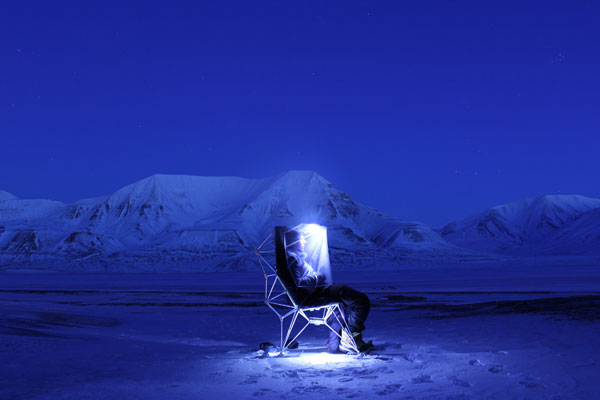 Frigidly cold, expansive and replete with heavy white snow, the Arctic has always been a mystery for many. Comprising prototypes, videos, infographics and images, the exhibition came out of a three-week expedition to the Arctic in 2014, which was led by David Garcia, a professor at the Royal Danish Academy.

During the expedition, 28 students from the Architecture and Extreme Environments programme were each asked to conceive of a project that explored the design and architectural potential of a pristine yet wildly erratic environment. “[The exhibition] describes a teaching methodology and creates awareness towards the practice of design and architecture, its strengths and flaws. It also presents a territory that is distant and extreme, but important to everyone,” explains Garcia.

Indeed, The Arctic goes beyond the realm of pure problem solving for one that balances function with aesthetics. A highlight is Anita Eriksen’s “Steam and Light – Study of Water’s Architectural Potential”. Inspired by the beauty of geothermal power, the installation comprises seven stacked cubes. When both light and geothermal steam are introduced, the latter diffuses the former, giving more substantial form to the otherwise invisible steam. A second exhibit explores ways of preserving human body warmth – by converting it into electricity that can be used for other purposes – and yet a third features an artificially-moulded ice shell that is used as temporary shelter against extreme conditions.

In exploring the potential and dangers of building in untamed locales, The Arctic also asks the question – should architects take up the responsibility of ensuring that the pristine, unspoiled environment of the wild be kept? The Arctic. Photo by David Garcia

Garcia notes that “research can and should be as low impact as possible, but the minute we decide to inhabit and settle, the impact is unavoidable. Towns and cities have a large impact in their immediate environment and beyond. The question is, how can that impact be a considered one, where the resulting legacy of a settlement can be as balanced as possible?”