Herman Miller announced the launch of its next-generation smart desk, T2, with a party in Hong Kong that was out-of-this-world in more ways than one. 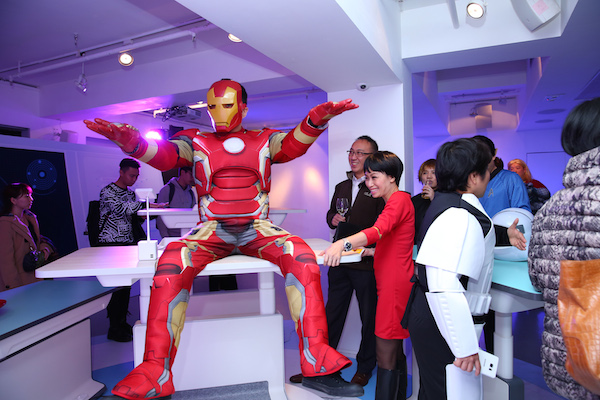 Held on 17 December 2015 at The Space on Hollywood Road, Sheung Wan, the launch event for Herman Miller’s new smart desk saw guests arrive in sci-fi costumes inspired by Star Wars, Iron Man and more. The sci-fi theme celebrated the fact that, with T2, Herman Miller is taking furniture into the future. T2 is a mobile, height-adjustable table with an adventurous personality and a highly intelligent core engine that responds to the needs of its user; via a smartphone app, T2 helps its user self-quantify and take steps towards a healthier lifestyle, thus supporting an agile working environment.

Guests at the party got to see T2 in action, and they enjoyed a fun evening spent mingling with Mr. Spock, Yoda, Darth Vader, Princess Leia and a storm trooper, among other beloved sci-fi characters. T2 will be making its way to Singapore next, with another sci-fi party set to introduce the world to the desk of the future. Watch this space.