The architecture world’s most prestigious accolade, the Pritzker Prize, has announced its 45th laureate. And for the first time, it has gone to an Indian architect – Professor Balkrishna Doshi.

Often described as architecture’s highest honour, the Pritzker Prize has announced the 2018 laureate for the award.

Stepping outside of the usual European architects who dominate the award, Balkrishna Doshi, an Indian architect, has been named as this year’s recipient.

Practising for 70 years, Doshi has been shaping the architectural language and discourse of his native India. Coming up during the reign of International Style, Doshi has been greatly influenced by the 20th-century masters, Le Corbusier and Louis Kahn in particular, both of whom have built iconic projects in India and neighbouring Bangladesh. Doshi’s concrete structures draw a clear reference to those of Le Corbusier and Kahn. 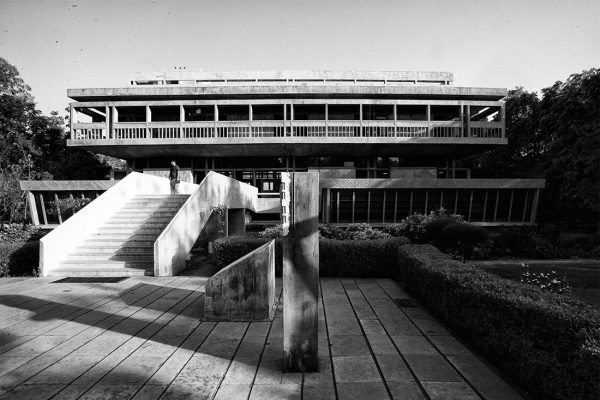 Doshi has been able to interpret architecture and transform it into built works that respect eastern culture while enhancing the quality of living in India. His ethical and personal approach to architecture has touched lives of every socio-economic class across a broad spectrum of genres since the 1950s.

.
“I owe this prestigious prize to my guru, Le Corbusier.” – Balkrishna Doshi
.

“My works are an extension of my life, philosophy and dreams trying to create treasury of the architectural spirit. I owe this prestigious prize to my guru, Le Corbusier. His teachings led me to question identity and compelled me to discover new regionally adopted contemporary expression for a sustainable holistic habitat,” comments Doshi. 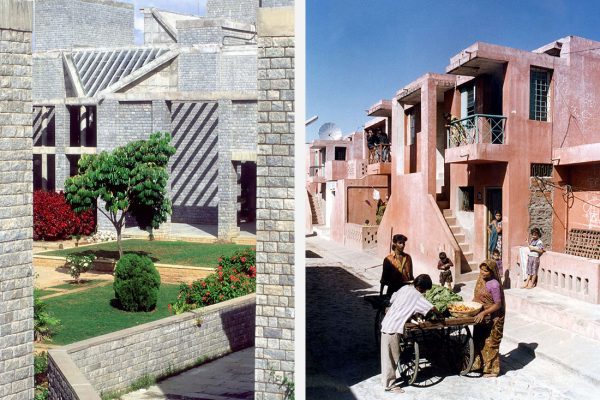 He continues, “with all my humility and gratefulness I want to thank the Pritzker Jury for this deeply touching and rewarding recognition of my work. This reaffirms my belief that, ‘life celebrates when lifestyle and architecture fuse.’”

This accolade is a huge point of recognition for a country that is not recognised enough for its legacy in the architectural canon. 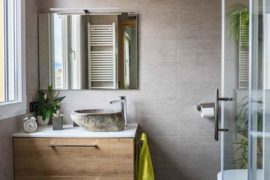