From a day’s discussion about change, flex, tech, culture, agility, wellness and experience, we reflect on three important themes to consider in the year ahead.

As another year rolls around, we look back at the WORKTECH Singapore 2019 conference, which was held at Capital Tower on 17 September 2019. Here we identify three themes to think about for today’s work ecosystem.

Demand for flexible workspace is expanding so rapidly that it’s time for a workplace revolution, said Samit Chopra (EVP Enterprise and Sales at International Workplace Group). 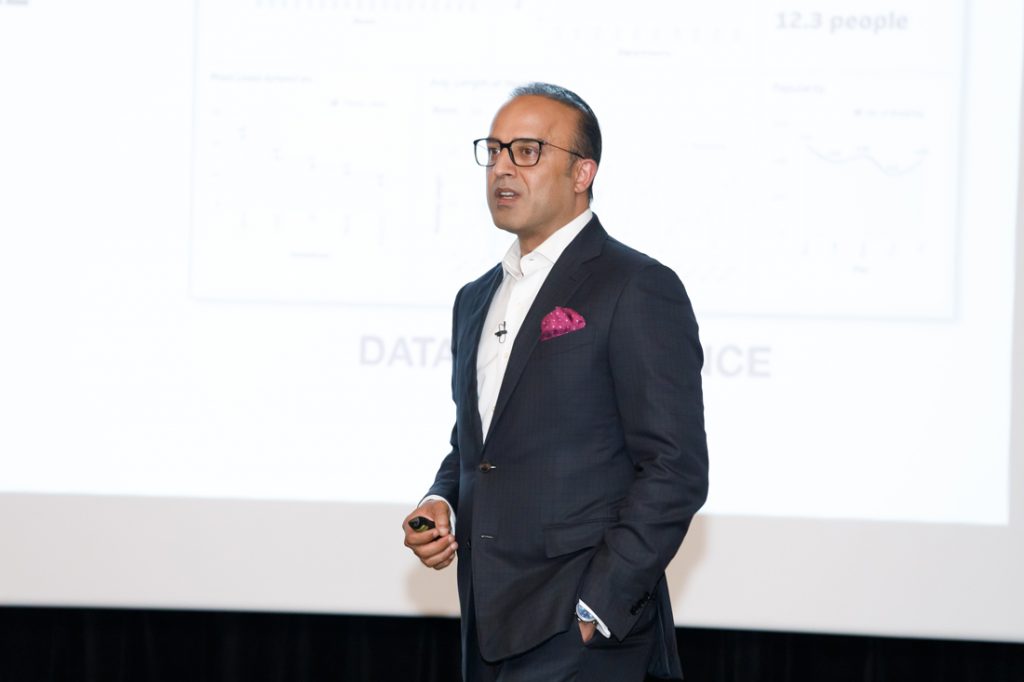 The “generation flex revolution” is underway and flexible working is becoming the norm despite some challenges. The sharing economy concept has led to flexible space in commercial buildings, and today there are about 35,000 flexible workspaces around the world, he said. Demand is growing at 20 per cent, but supply is growing at around 16 per cent. “What seemed like a fad is here to stay,” he said.

“What seemed like a fad is here to stay.”

To date, flexible space providers have focused on hospitality, communities and technology to generate better human experience in the workspace, and there’s a growing interest in wellness. Another change is real-time space management in digital workplaces. In future, real-time space management will allow us to operate buildings in a sequential manner, he said, opening up new floors (via a flex-space provider) for example only when occupancy levels (which are always fluctuating) really demand it – overcoming the under-utilisation problem. Corporations will become smarter about where they restrict their core space and fixed cost, he said.

The core-and-flex model could extend to a network of any corporate building in a city, he suggested, through the tracking of real utilisation. “Through a technology network I could re-allocate staff between companies [assets] to use space that is under-utilised for a particular company.”

“Through a technology network I could re-allocate staff between companies [assets] to use space that is under-utilised.”

In such a scenario, bank number one’s staff, for example, could be directed to work from the flexile-space component of bank number 2’s real estate. The concept hasn’t been implemented yet and needs a very strong technology platform for implementation, said Chopra, but the opportunity is there.

“It’s predicted that flex space will be about 30 per cent of all commercial real estate over the next five to ten years.”

Simon Bell (Managing Director, Southeast Asia, FITCH) was a rare breed on the stage of the WORKTECH Singapore 2019 conference (as he acknowledged) – something of an outsider among speakers from the corporate world as well as designers who regularly serve it. But he delivered a refreshing mandate. 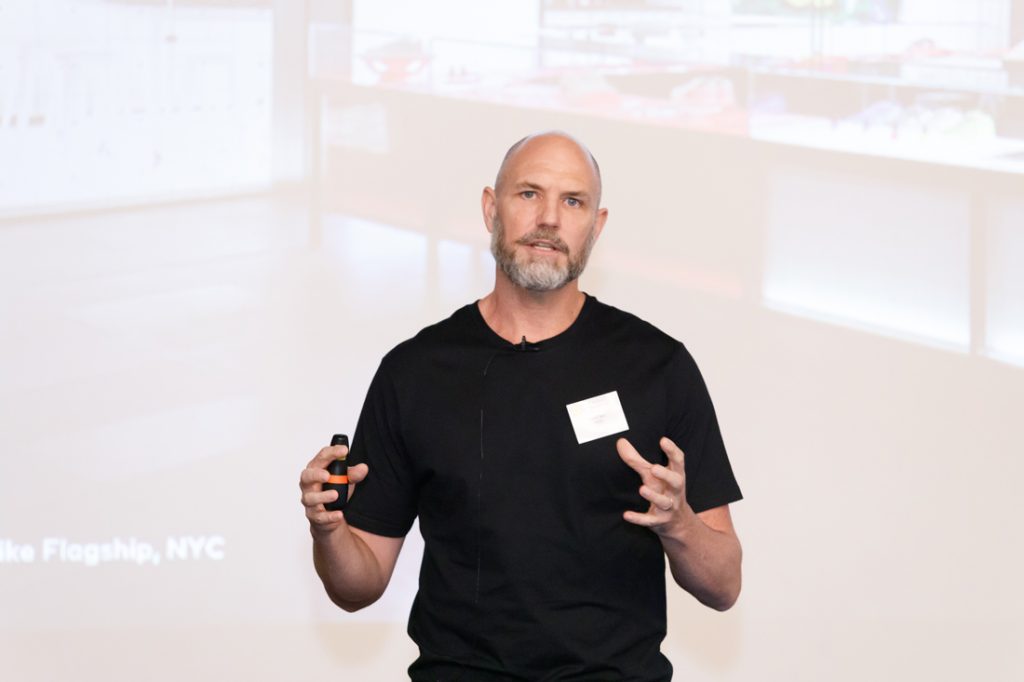 “The next wave of workplace design should be the antithesis of corporate,” he said. “A lot of the concepts of retail are starting to apply to workplace.” Thinking about engagement could invigorate our experience of the workplace, he suggested, which continues to subscribe doggedly to the belief that simply placing a ping-pong table or a fussball table in the office will create ‘experience’.

“A lot of the concepts of retail are starting to apply to workplace.”

Bell’s team at FITCH is “starting to work toward the idea of the workspace as the flagship of the company” – a space of deep engagement and human interaction through meaningful experience and a sense of purpose. FITCH’s strategic work on Microsoft’s new regional headquarters in Singapore at Frasers Tower (working with SLA Design Consultants) sees the thinking roll out. 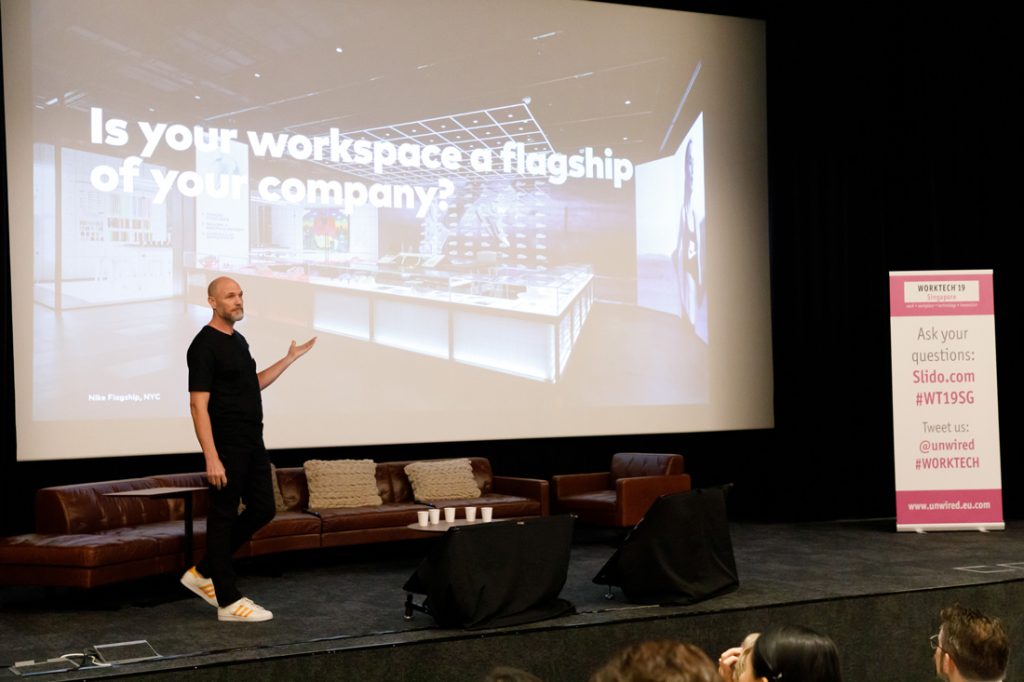 Read more about FITCH’s thinking on retail strategy for the workplace in the January 2020 issue of Cubes (#98).

The Right Mix Of Spaces For Our Best Working Behaviours

In a presentation about workplace behaviour, self-described “trans-disciplinary behavioural strategist” Richard Claydon (Chief Executive Misbehaviourist at Organisational Misbehaviourists) quoted research from 2012 that concluded the open-plan office has reduced performance at work by 15 per cent. 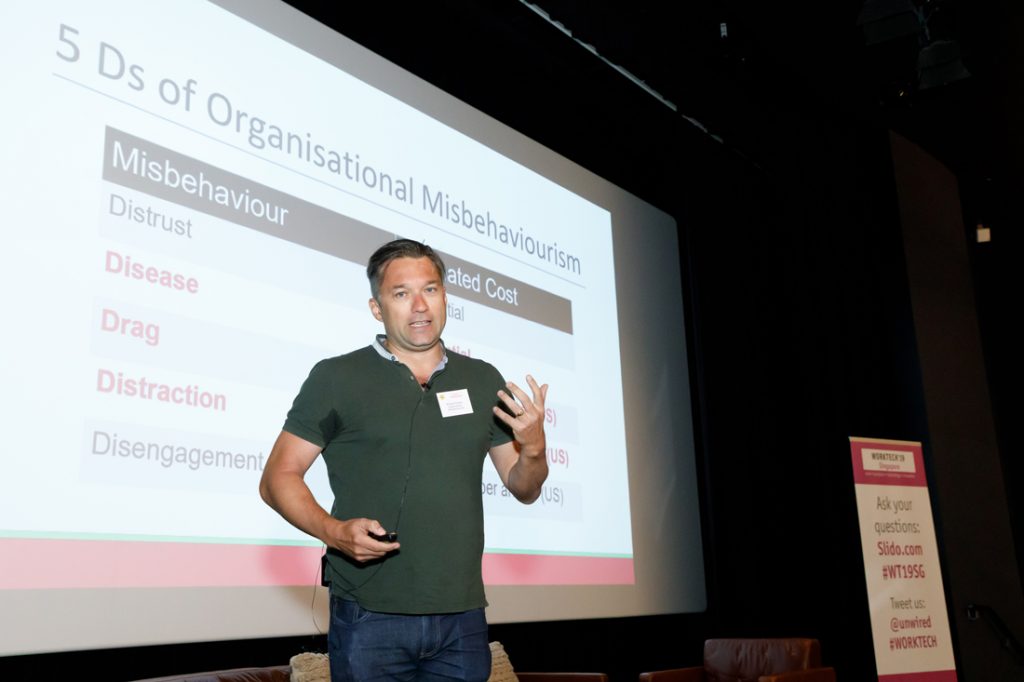 He identified the troublesome ‘Five Ds’ of the workplace: distrust between leaders and people, especially in countries that are digitally transforming, disease (an existential threat – we are getting ill), drag (pre-digital practices dragging an organisation backwards), distraction (including by mobile phones), and disengagement (which happens if the other four things aren’t solved).

“You can’t always be happy at work, no matter how millennial you are.”

“You can’t always be happy at work, no matter how millennial you are,” he said. “It’s the moments of joy and bliss that keep us working – the moments when we solve the complex problems and we feel great about it. That’s what gives us meaning at work – not a great culture.” To allow us to work at our best, he suggested, we need to design spaces for deep (concentration), collaborative, connection and learning activities. 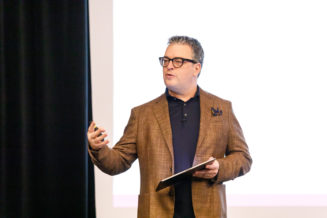 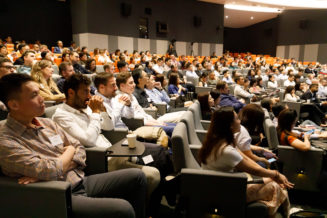 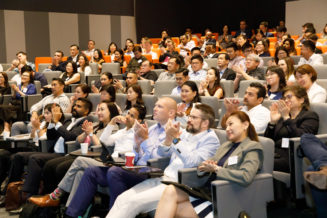 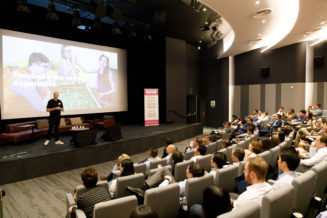 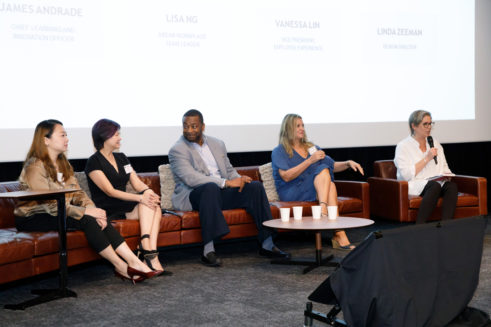