The one-stop integrated complex designed for Singapore’s ageing population claimed the title of World Building of the Year at this year’s World Architecture Festival in Amsterdam.

Kampung Admiralty, the one-stop integrated housing complex designed to meet the needs of Singapore’s ageing population by WOHA, was crowned World Building of The Year at the World Architecture Festival (WAF) 2018 in Amsterdam on Friday.

This marks the third time an architecture project in Singapore has claimed the highest accolade at WAF, following WAF 2012 win for the Cooled Conservatories at Gardens by the Bay (designed by Wilkinson Eyre, Grant Associates, Atelier One and Atelier Ten) and WAF 2015’s The Interlace (designed by OMA and Buro Ole Scheeren). 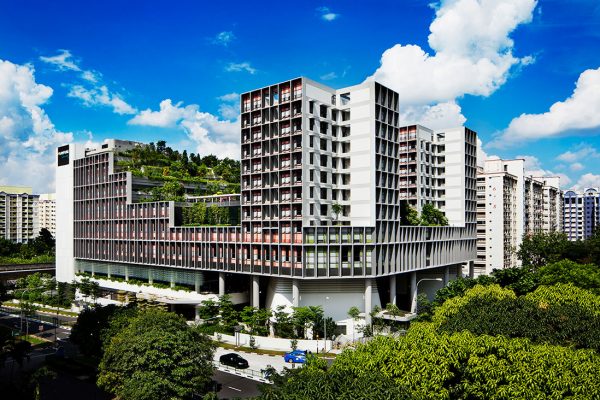 Situated in a tight 0.9-hectare site with a height limit of 45 metres, Kampung Admiralty – with landscape by Ramboll Studio Dreiseitl – builds upon a layered ‘club’ sandwich’ scheme that expertly stacks a variety of commercial, residential and health spaces topped by generous green terraces with its own built-in water ecosystem.

Kampung Admiralty won the ‘Mixed Use – Completed Buildings’ category on the second day of the festival before being crowned at the overall winner at the festival’s gala night attended by over 900 architects at the Beurs van Berlage in the centre of Amsterdam.

The accolade is also a victorious follow-up to the project’s win of the ‘Commercial Mixed-Use – Future Building’ category at WAF 2016 in Berlin.

Kampung Admiralty by WOHA Architects just won the prize for the best Commercial Mixed-use Future Project at the World Architecture Festival 2016 in Berlin. Conceived as a one-stop integrated concept that would meet the needs of Singapore's ageing population, the project was lauded by the WAF judges for offering "great lessons for the future of mixed-use projects." Congratulations, @woha_architects! #woha #wohaarchitects #mixedusedevelopment #waf2016 #worldarchitecturefestival #worldarchitecturefestival2016 #singaporearchitecture #kampungadmiralty #cubesmag #cubesindesign

The winner was selected by a ‘super-jury’ of four venerated representatives of the global architectural community – comprising Li Xiadong (Founder and Professor of School of Architecture, Tsinghua University and Founder of Atelier Tsinghua); Nathalie de Vries (Director and Co-founder of MVRDV); Frederick Cooper Llosa (Founder and Senior Partner – COOPER, GRANA, NICOLINI Arquitectos) and Lesley Lokko (Head of Graduate School of Architecture at the University of Johannesburg). 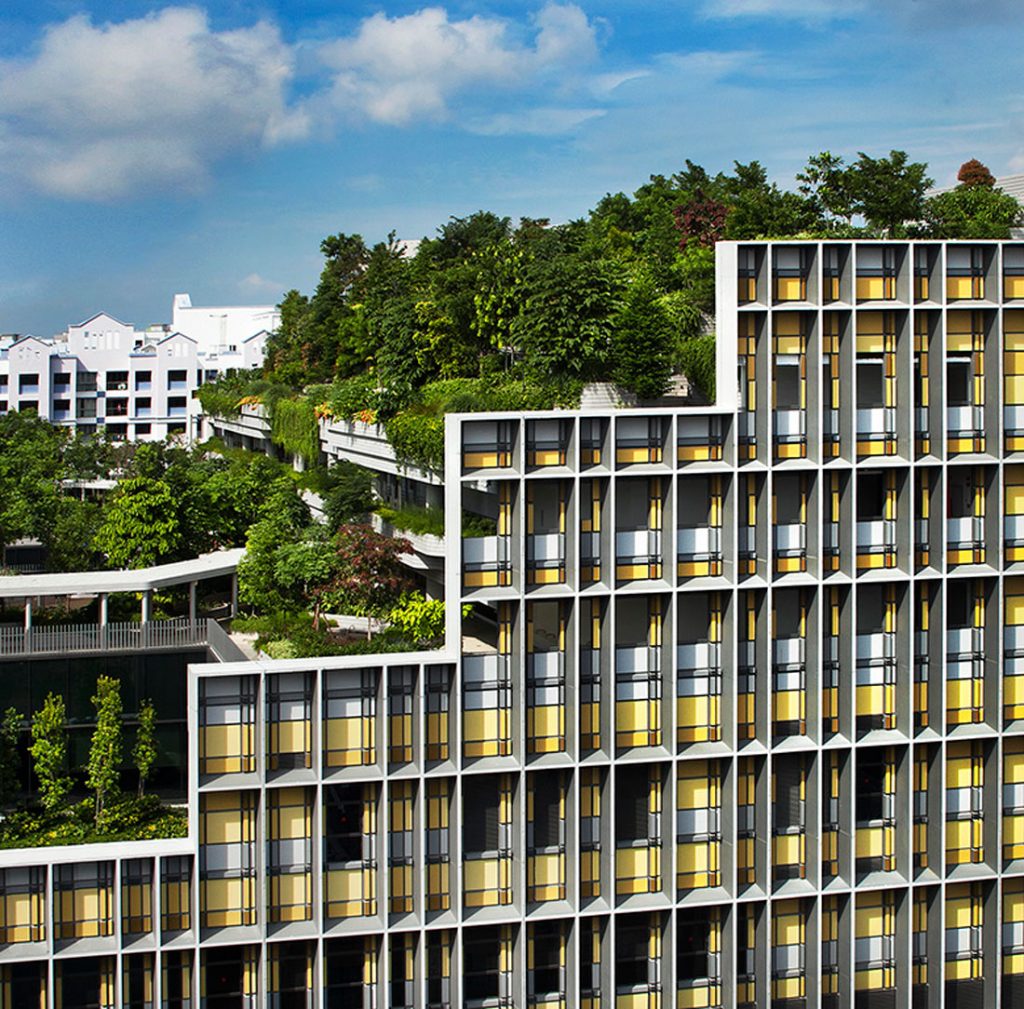 “This is a project that does something necessary in an intelligent fashion from the way it connects to transport to its natural ventilation strategy, all benefitting from a decision to layer a series of buildings rather than separating them into separate tall blocks. The jury felt this was a project with potential lessons for cities and countries around the world,” cited the jury.

Kampung Admiralty is one of the ten category winners and one WAFX award winner representing the Indo-Pacific region. The other regional winners are: 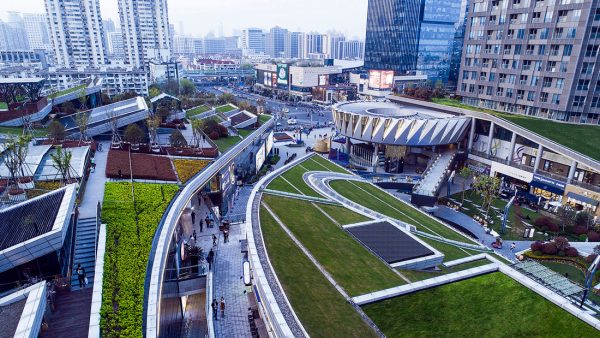 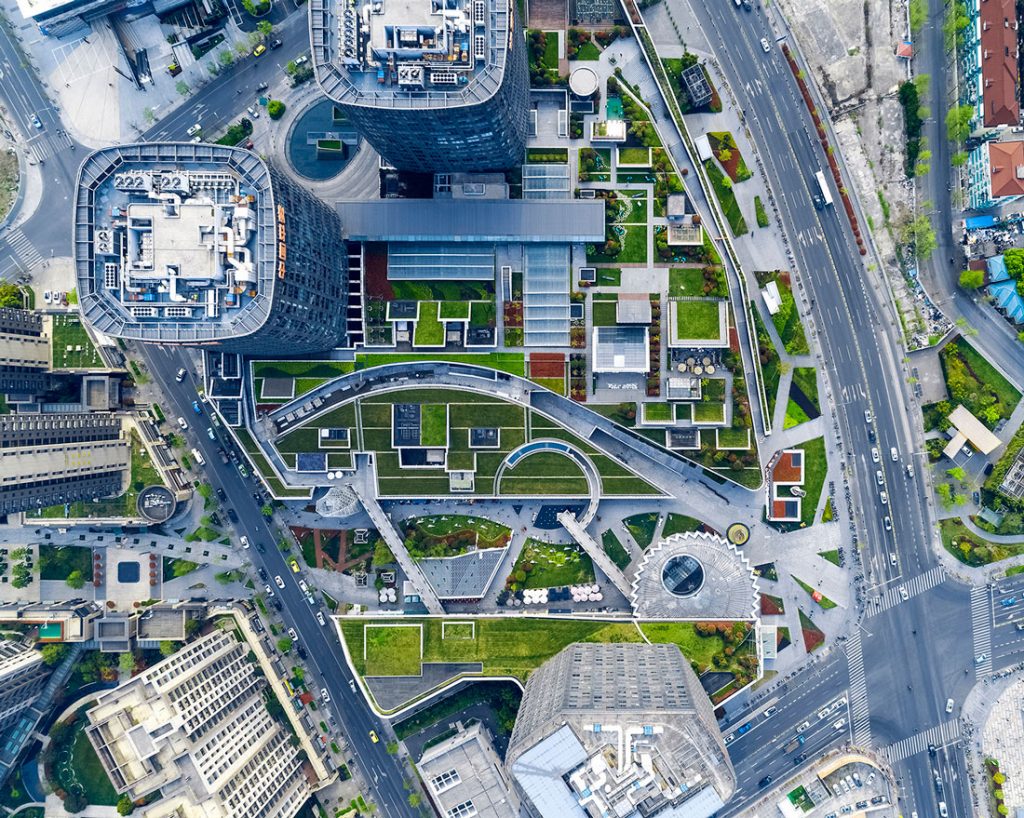 The project was deemed by the judges as “a radically original approach to the urban mall” that demonstrated “creative mastery” of the client’s brief. 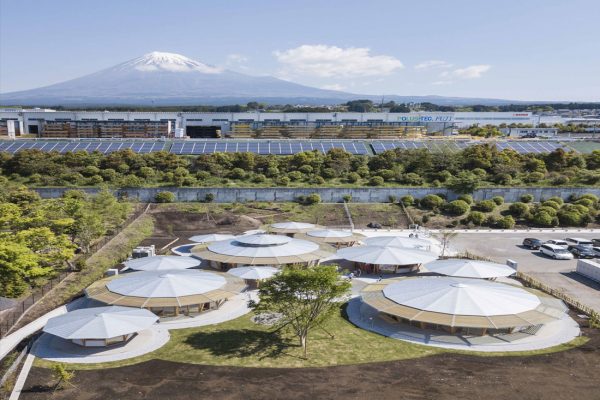 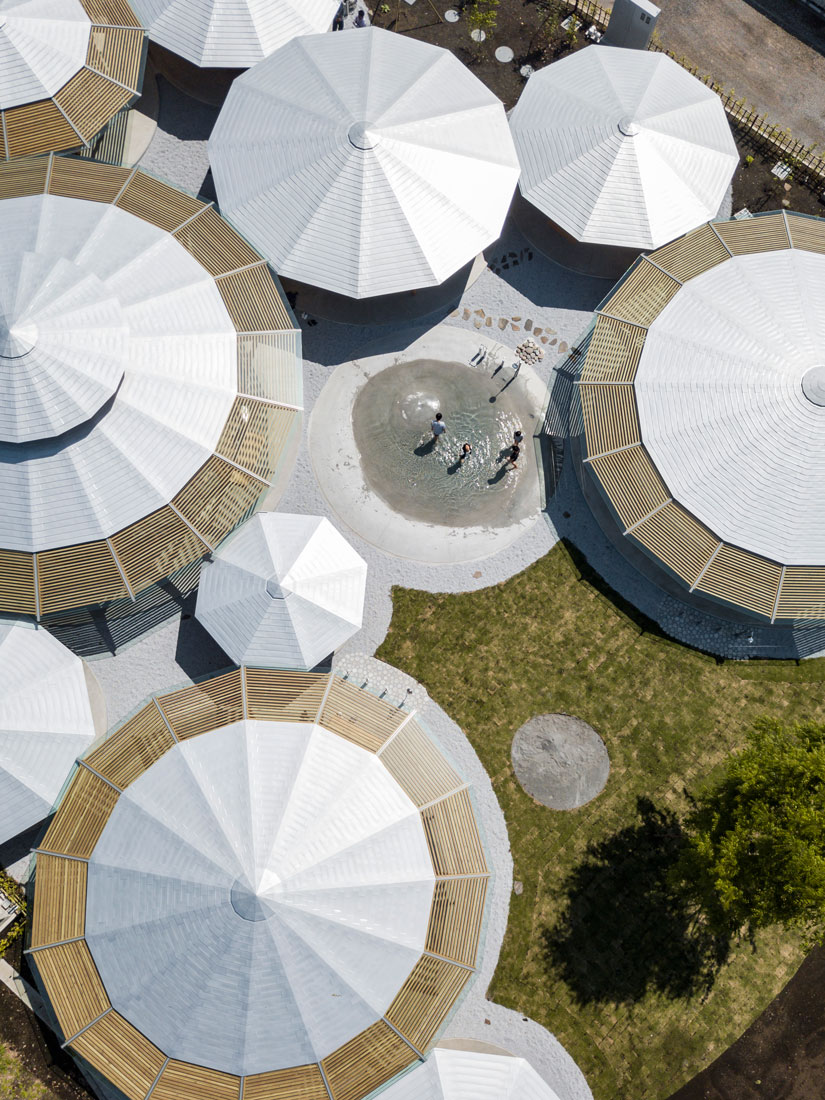 Praised by the judges as a “beautiful and delightful concept”, this oval shaped kindergarten school features a wooden deck across its roof that serves as a playground space for pupils. 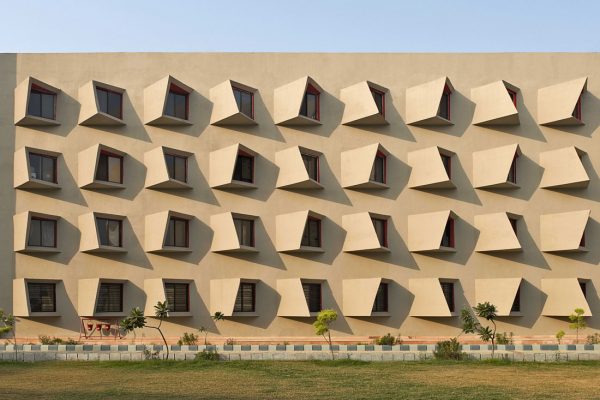 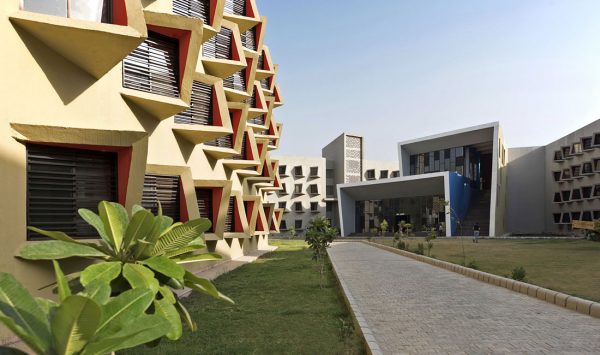 Praised as a “deeply poetic realisation of a simple building typology”, this students residence project gives optimal views to all rooms via angled bay windows.

by CHROFI with McGregor Croxall

Winner of the ‘Civic and Community – Completed Buildings’ category 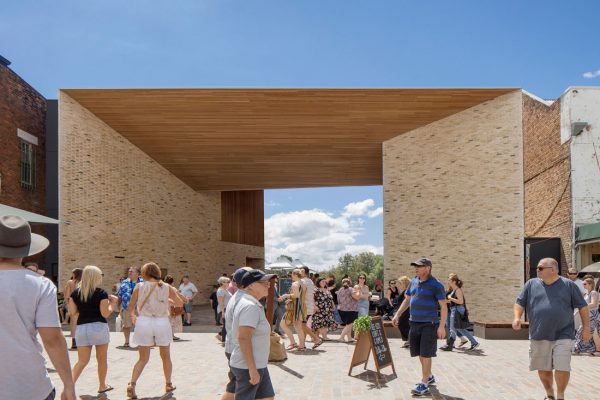 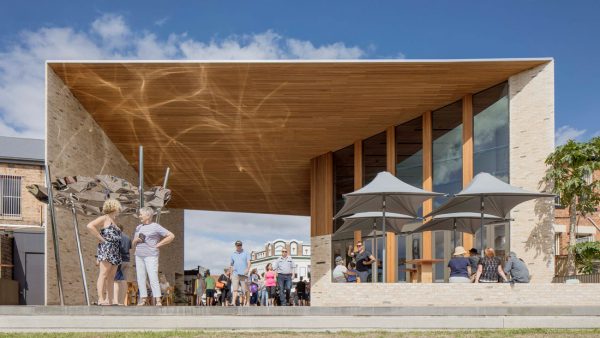 The centrepiece of this project is a new public space flanked by public amenities. The judges commended the project for opening up the town to the river. 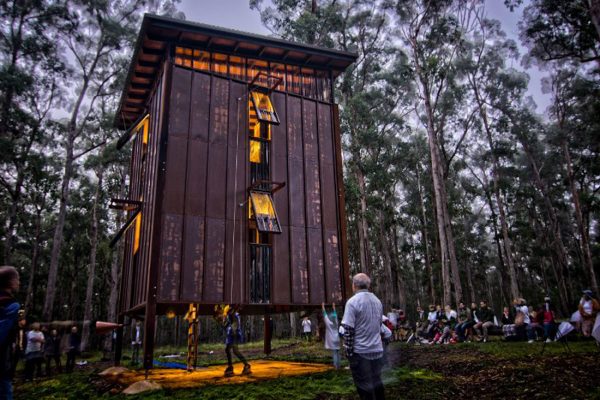 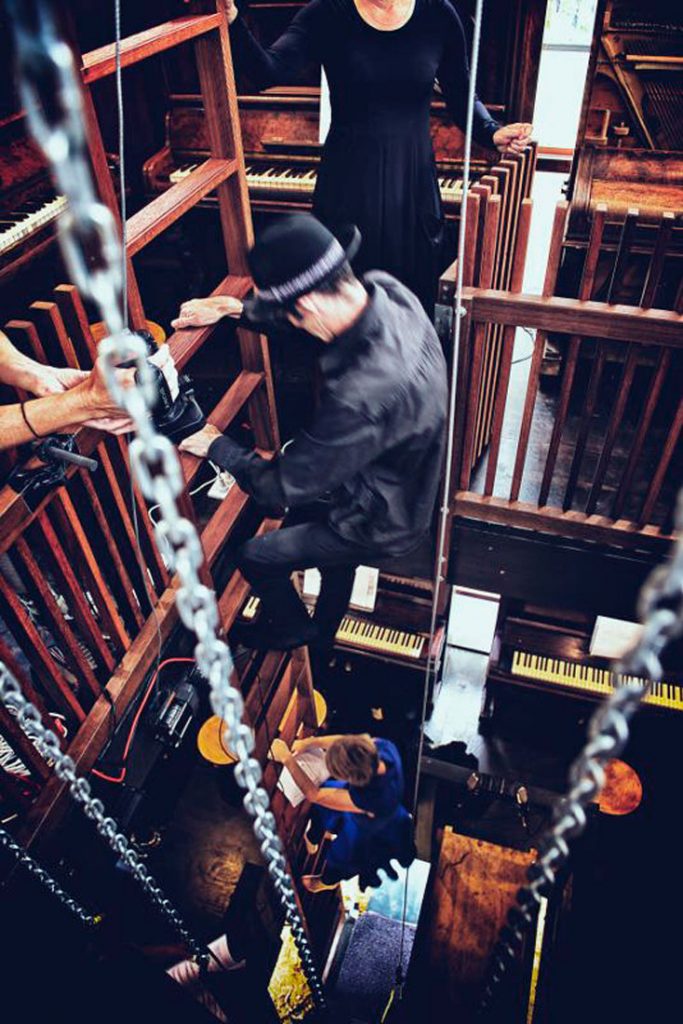 Hailed by the judges as a “prime instrument in an orchestra of trees” and its exciting shape and construction.

The Sunken Shrine of Our Lady of Lourdes of Cabetician, Bacolor, Philippines 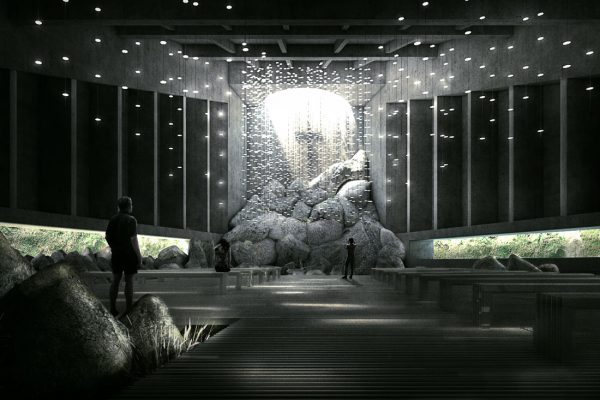 The design of this shrine conserves an existing structured that was buried in ash from the eruption of Mount Pinatubo in 1991. It was praised as a “serious solution, rooted in an ecological response, to the problems of flooding and landslides caused by the eruption.” 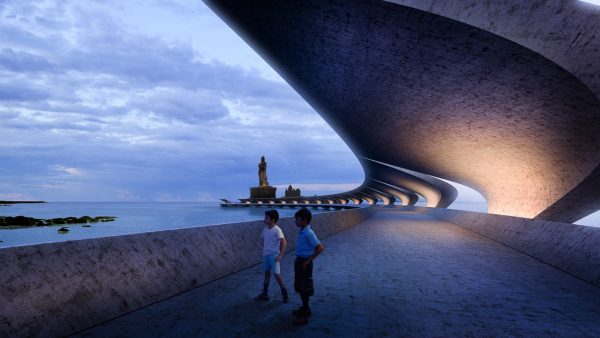 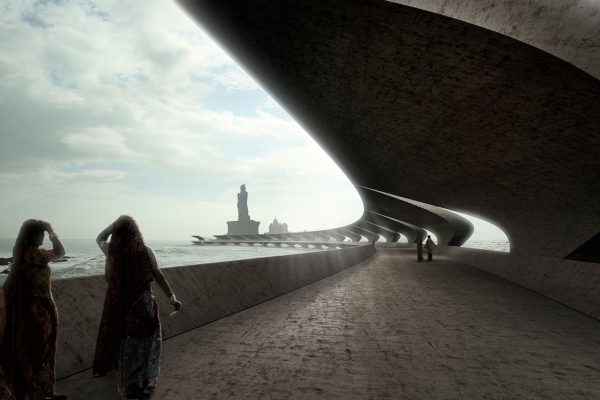 The design for a 500-metre-long pedestrian bridge at the southernmost tip of India hailed by the judges as “a simple and elegant response to a complex problem.”

Winner of the  ‘Commercial Mixed Use – Future Projects’ category 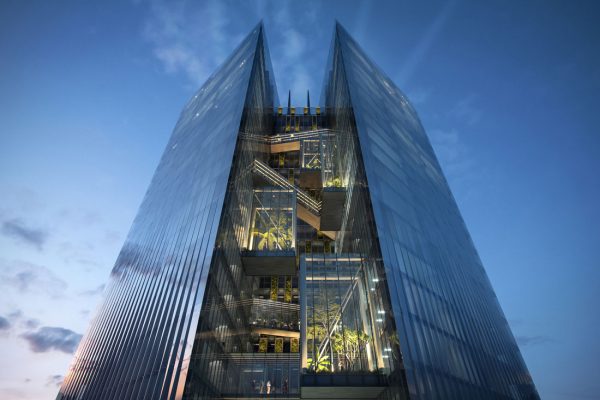 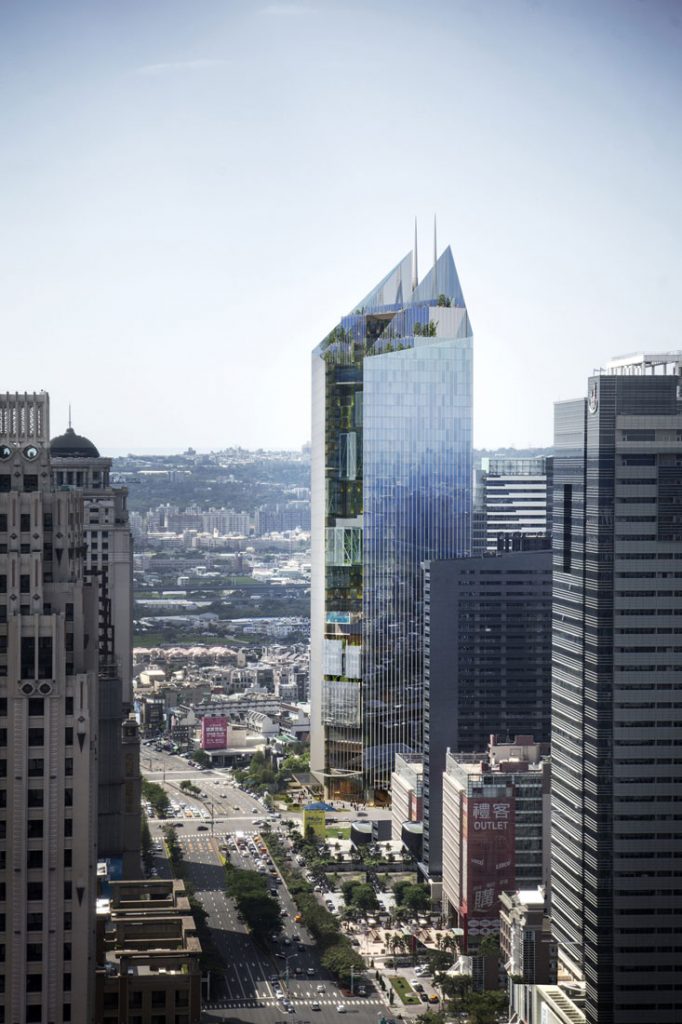 The proposed 200-metre, 40-storey high tower cited by the judges as demonstrating “confident, contemporary architecture” and was “definitively of its place: tomorrow’s Taiwan.”

by Warren and Mahoney Architects with Woods Bagot 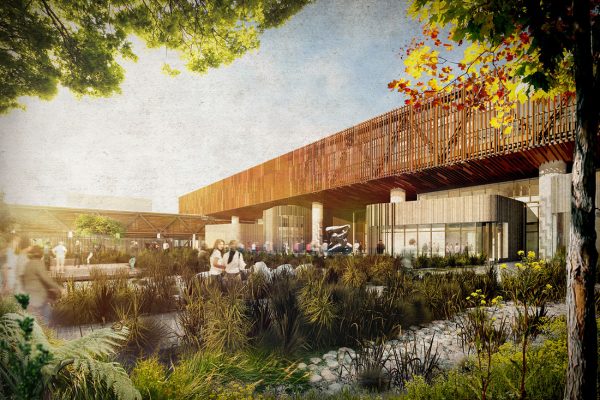 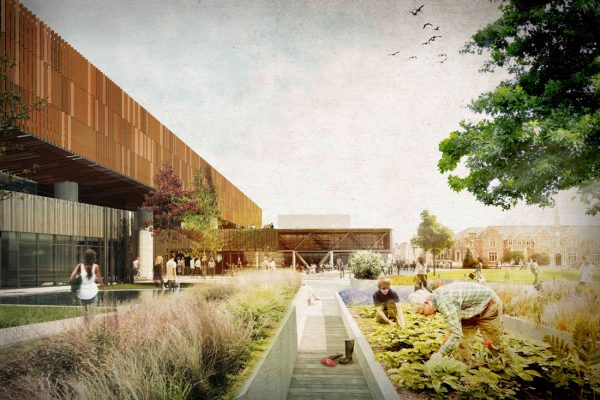 This collaborative engagement of six client partners and the local community allows for the creation of a design the judges praised as having  “a profound relationship to both the cultural meaning and physical manifestation of the landscape.”

The Best Use of Certified Timber Prize, supported by PEFC 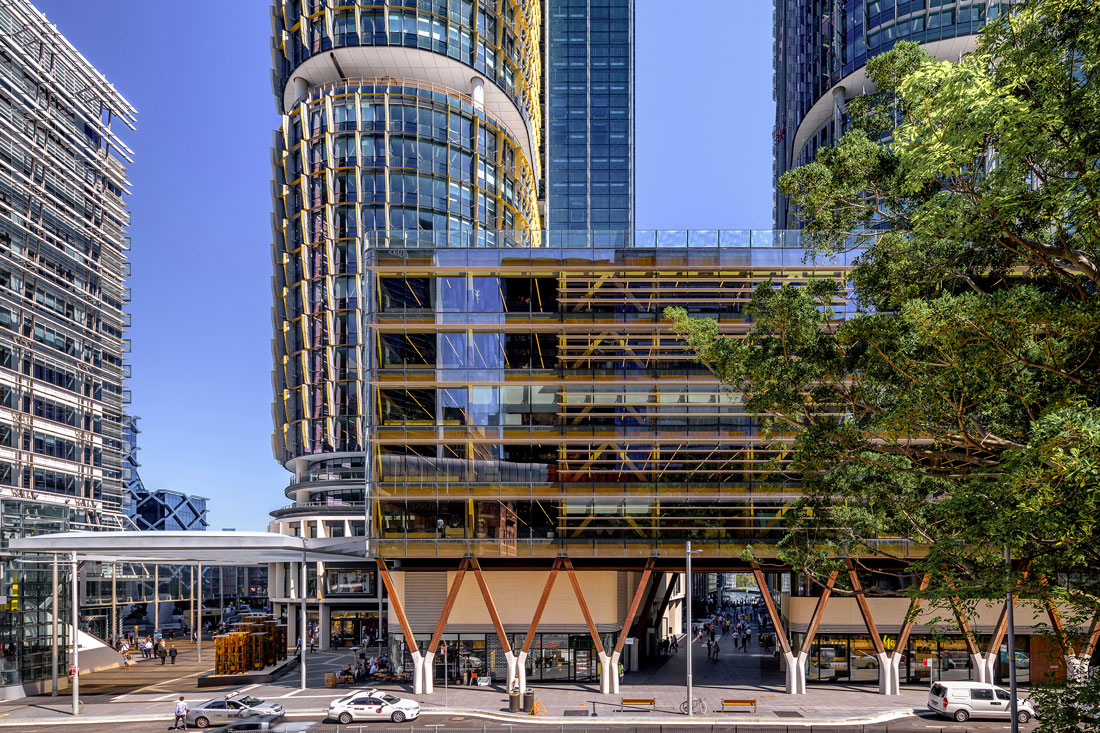 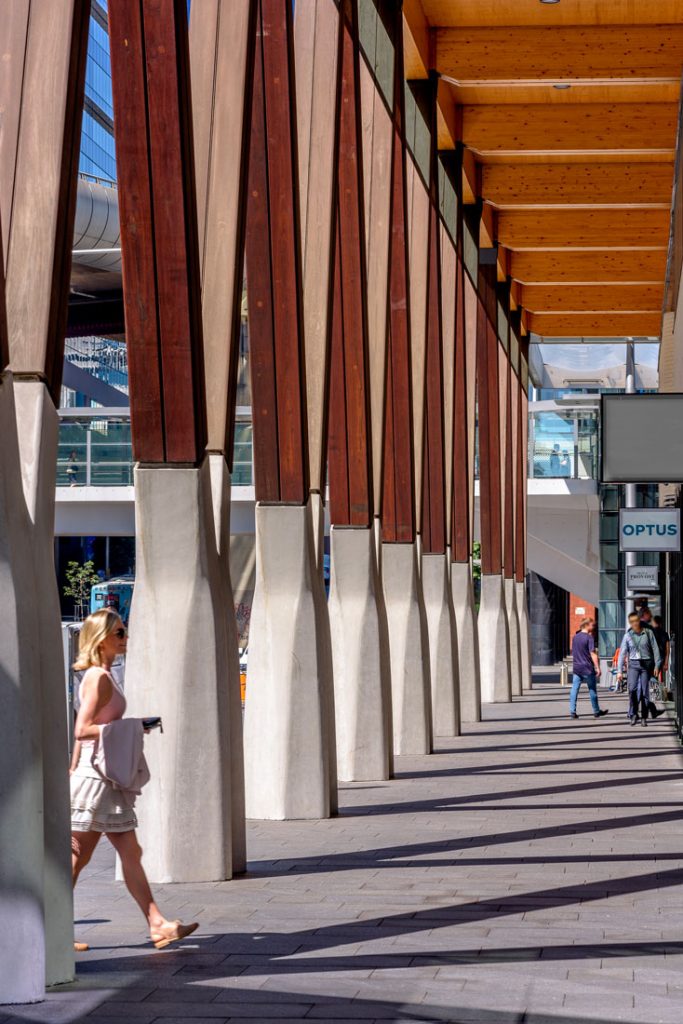 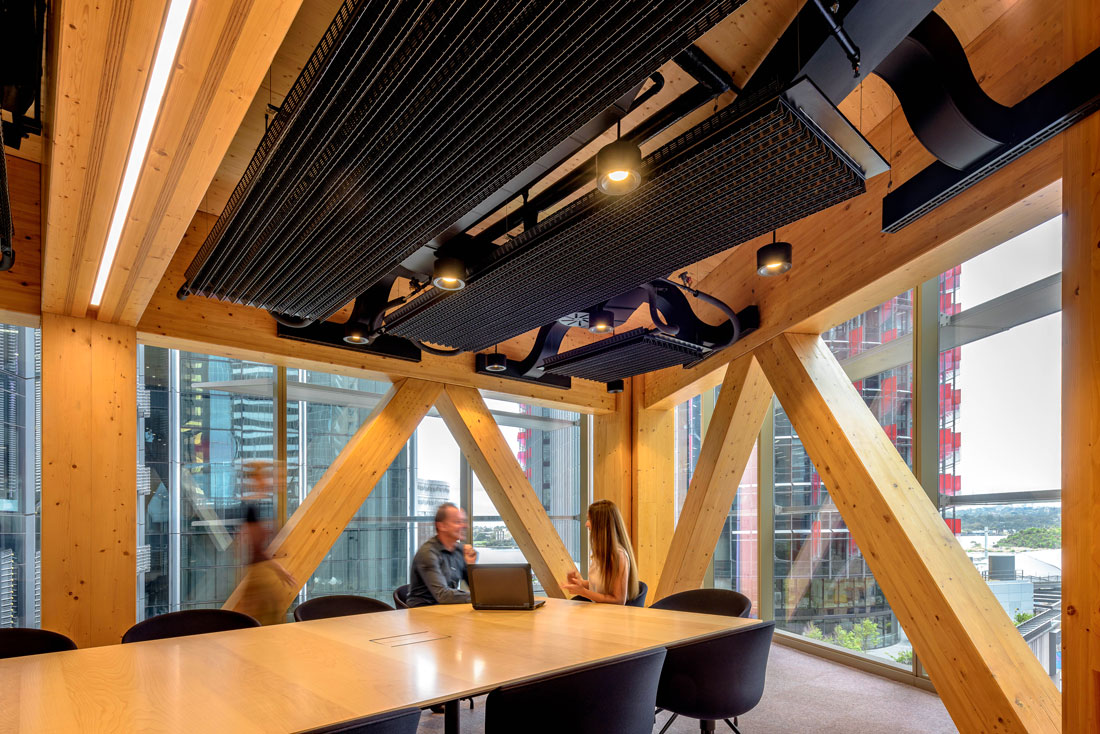 This project’s innovative development of certified timber as a durable, sustainable and commercially viable material was deemed by the festival’s judges as “exemplary”. The judges also felt that “the architects have set new standards for future architectural solutions and workplace environments.”

Congratulations to all the Indo-Pacific winners!

Read more about Kampung Admiralty in Cubes 89: Pursuit of Productivity!