For Art Basel 2019, Vitra has collaborated with Virgil Abloh for TWENTYTHIRTYFIVE, an installation that explores our relationship with furniture today and tomorrow. There are limited edition products too, of course.

Art Basel, one of the most important happenings in the international art world’s calendar, is a hotbed of cross-disciplinary collaborations. This year, continuing its series of experimental projects with the world’s most celebrated creatives, Vitra has collaborated with Virgil Abloh for an installation displayed at the Vitra Fire Station.

A child of Ghanaian immigrants who was raised in Chicago, Abloh is well-known in pop culture as a fashion designer and creative director. He rose to prominence thanks to his long-time collaboration with Kanye West (ranging from fashion items, music tracks to art performances), making a milestone for being the first person of African descent to lead Louis Vuitton’s menswear department, and launching his own fashion label, Off-White. 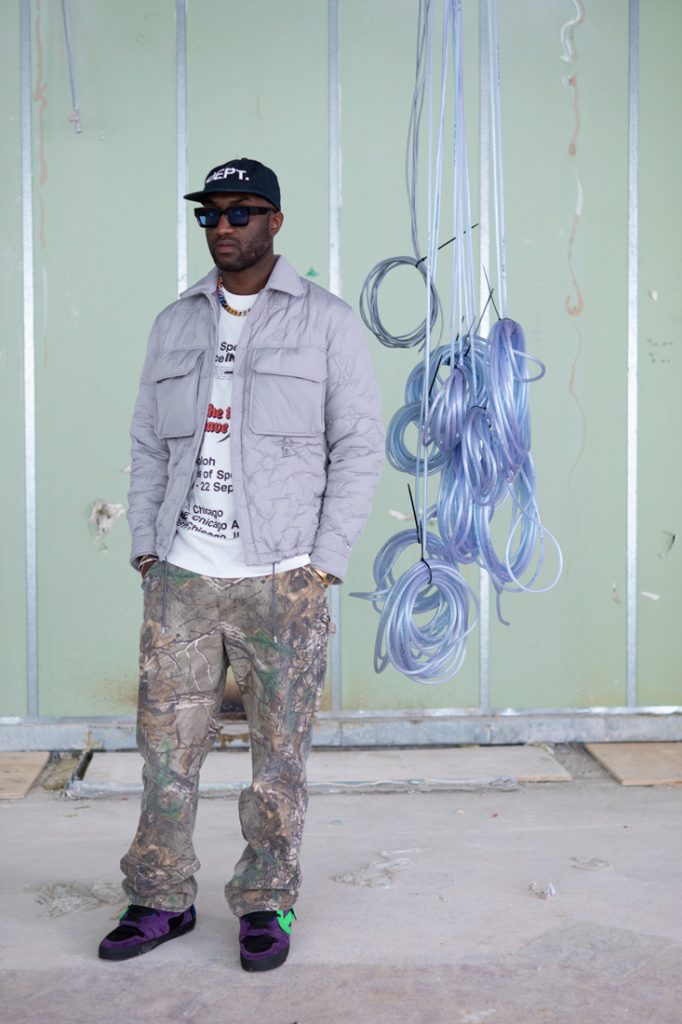 His starting point in the creative industry, however, was in architecture. Abloh graduated from the University of Wisconsin’s Civil Engineering programme and went on to obtain a Master of Architecture from Illinois Institute of Technology.

Abloh is a polarising figure who is equally celebrated and questioned. His well-known MO is to sample or ‘hack’ existing cultural heritage, reinterpret it and communicate to a new generation.

Vitra CEO Nora Fehlbaum was interested in Abloh’s approach to art and classics, which she deemed can expand the discourse beyond the elite circle and entice a new, younger audience. “His aim is to share knowledge with others,” says Fehlbaum. “He does this in a way that is easily understood, appealing and highly accessible.”

“His aim is to share knowledge with others. He does this in a way that is easily understood, appealing and highly accessible.”

Having traversed many creative industries, Abloh thinks that this new generation does not regard art, architecture, music and fashion as separate disciplines, but finds pleasure in linking them together.

Titled TWENTYTHIRTYFIVE, his installation with Vitra depicts a ‘residential biography’ of a fictional teenager in two scenes: the year 2019, titled Past/Present and year 2035, titled Tomorrow.

Past/Present features a seemingly arbitrary collection of furniture and other objects, among them Vitra’s Petit Potence lamp and Antony armchair by Jean Prouve, and pieces by Charles and Ray Eames and Eero Aarnio. Some of these objects are in their original forms while others have been altered. 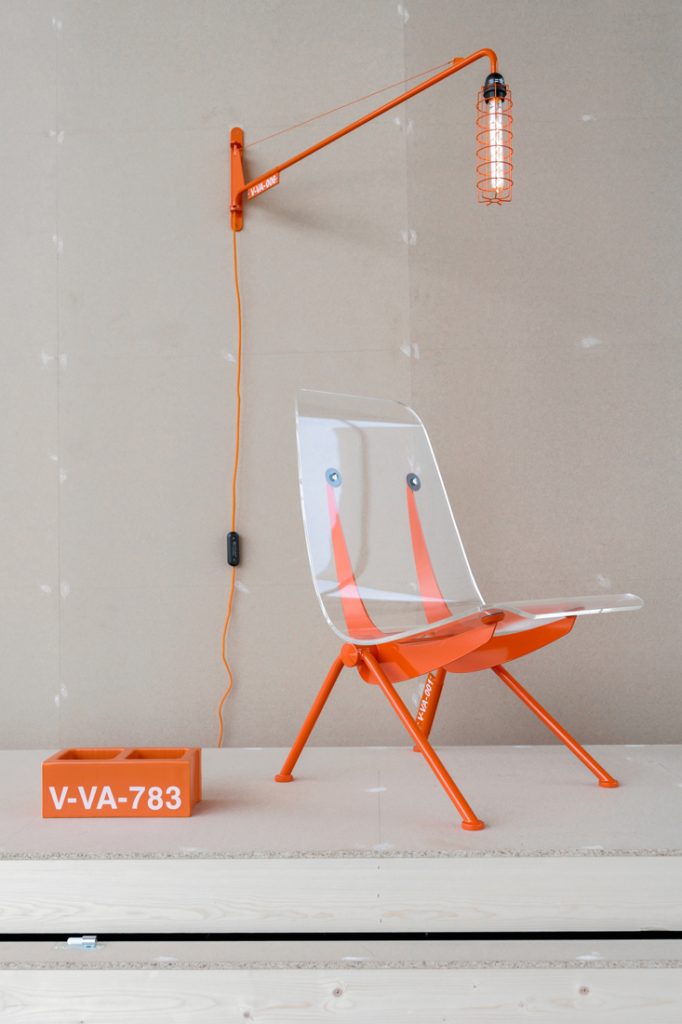 Tomorrow depicts the teenager (now an adult)’s own home, which displays another collection of objects which have been transformed by the protagonist’s life experiences, memories and social and cultural influences.

Three products developed for this scene are available to purchase at the exhibition, as well as sold online in Europe for a limited time. The three products are Ceramic Block, Petite Potence lamp and Antony armchair. 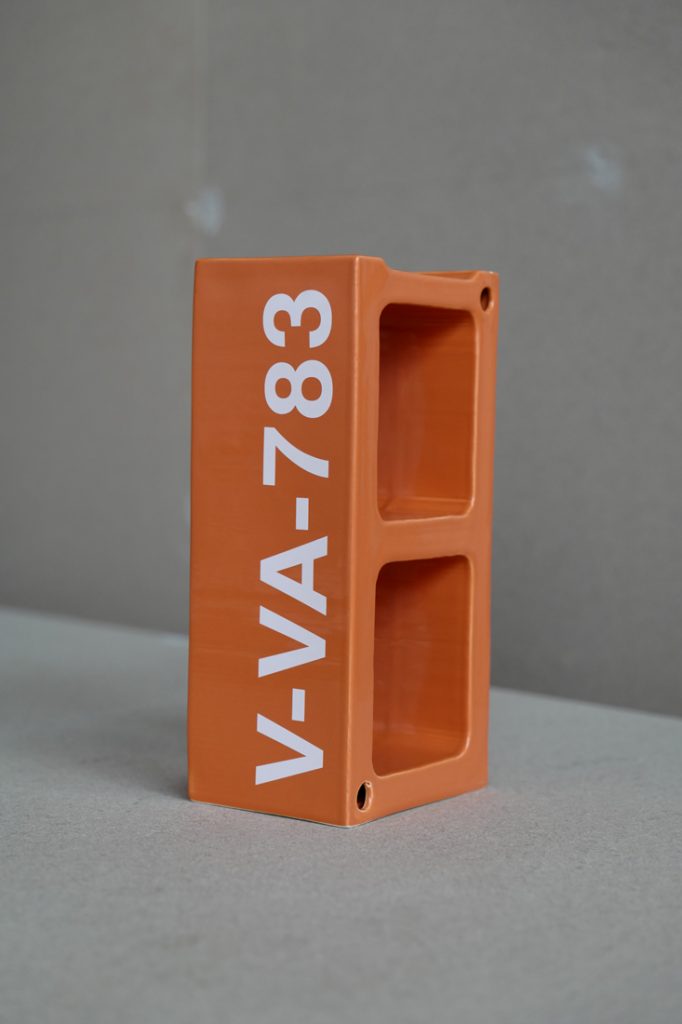 Produced in a limited edition of 999, the Ceramic Blocks construct the wall in Tomorrow‘s scene. The removal of each bl0ck as visitors buy them will modify the installation and Abloh’s vision of Tomorrow.

A fan of Jean Prouve, Abloh has paid tribute to two of his Vitra products, the Potence wall lamp Prouve created for this home in 1942 and the Antony armchair he designed in the early ’50s. 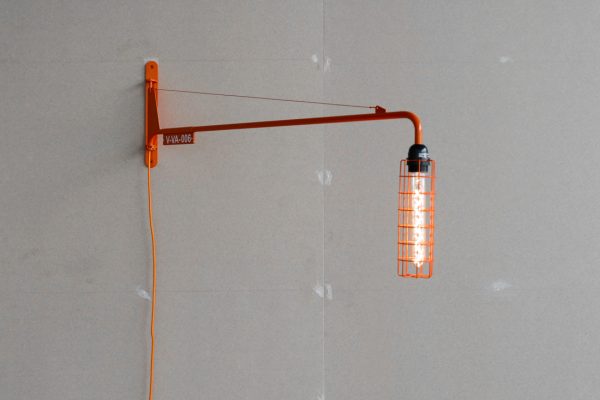 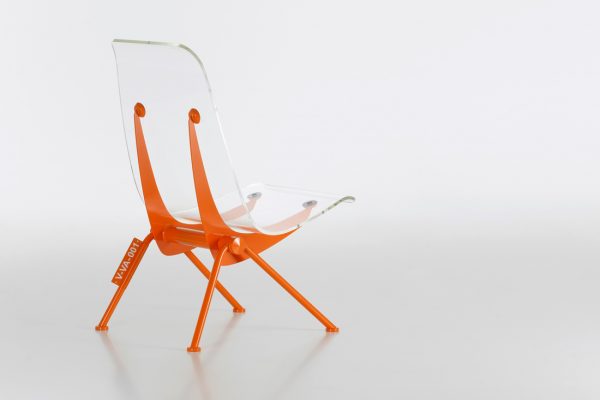 Petite Potence is produced in limited numbered edition on 300 while Antony is limited to 100 pieces.

The installation TWENTYTHIRTYFIVE is open to the public until 31 July in the Vitra Fire Station in the Vitra Campus ground. 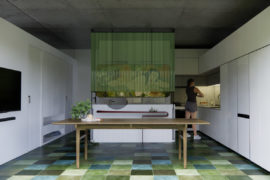