Visions of the Future exhibition showcases design for the future

Eight young talents suggest ways of living in a pandemic state of mind in the Visions of the Future exhibition at the National Design Centre, Singapore. The call for design to empathise more and prescribe more human ways of living has perhaps never been as resounding as it is now. These uncertain times we live in have put a laser focus on the question: How can design help us live better, especially in the light of the pandemic.

Visions of the Future, an exhibition at the National Design Centre featuring eight emerging design talents, attempts to answer the question in bite-size proposals powered by a good measure of youthful optimism. 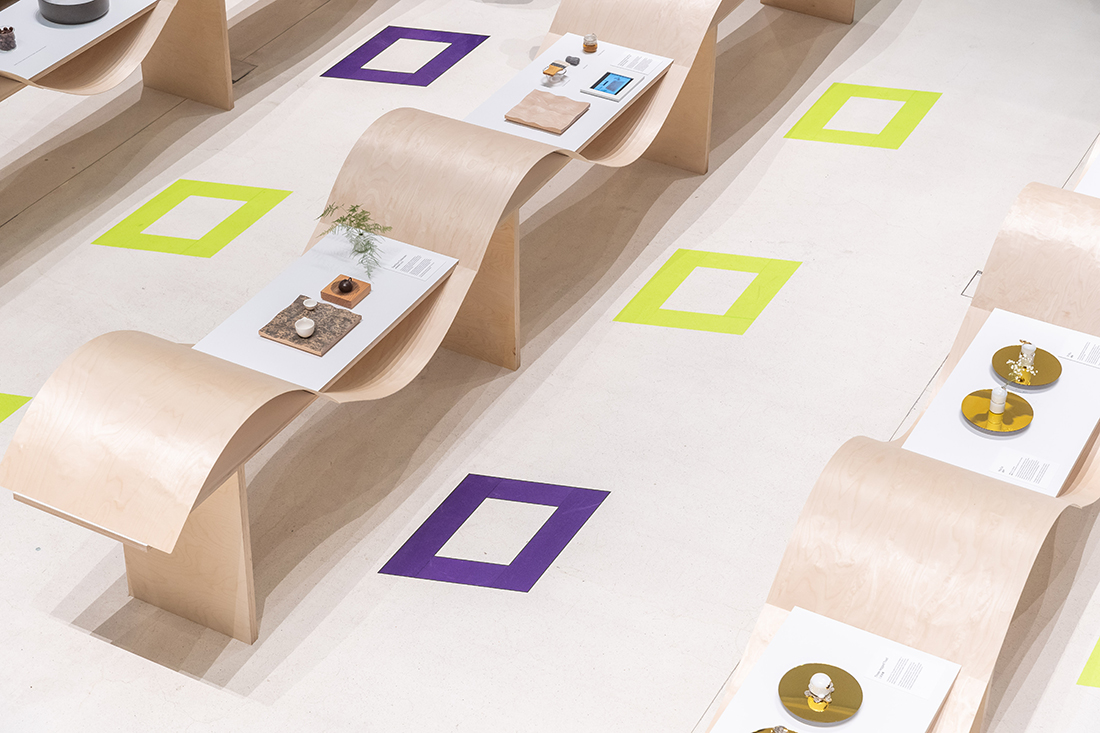 The exhibition is presented by DesignSingapore Council and curated by Wendy Chua and Gustavo Maggio of Forest and Whale who have played the role of mentors to the young talents as they developed their products.

Here’s a look at some of the projects that caught our eye: 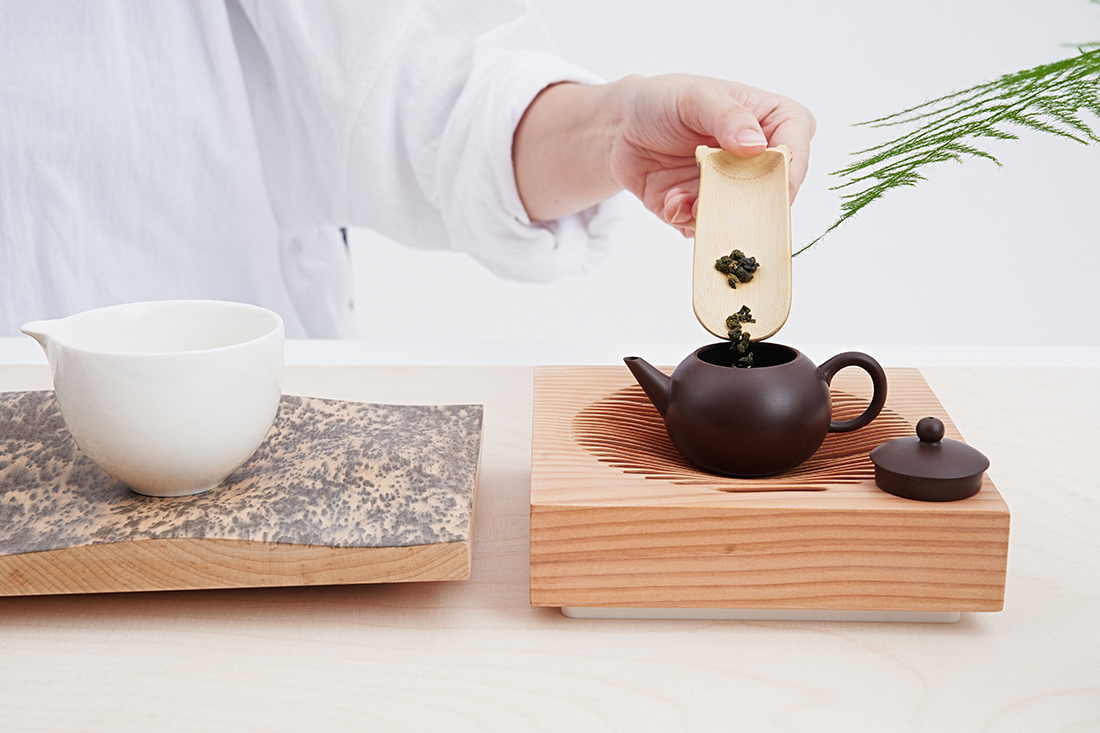 Jasmine Quek looks at the quiet rituals of tea appreciation through a three-part harmony consisting of a subtle tea set, a meandering tray that echoes the inked surface of traditional Chinese paintings, and a tea boat crafted by eroding a piece of hemlock wood. The tea boat is particularly fascinating because of the variations in the hardness of the wood. When subject to abrasive forces, the softer wood rings born during spring are worn down while the sturdier wood rings birthed from winters remain. This results in naturally sculpted slats in the wood that hold the tea pot. 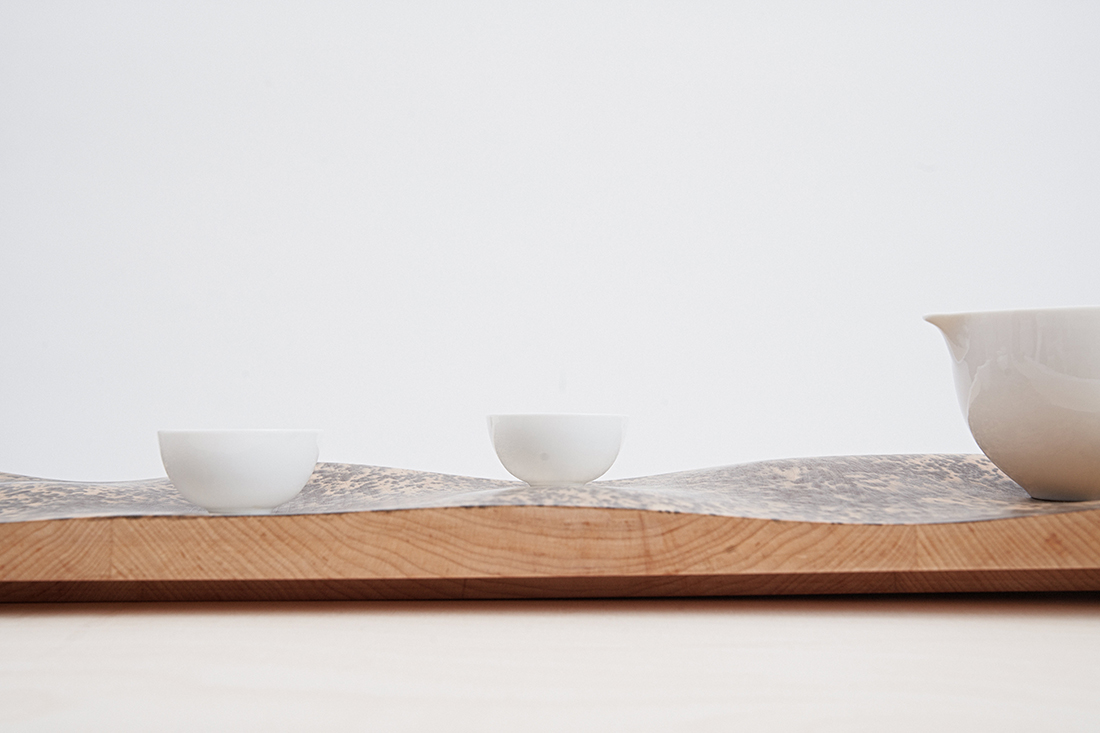 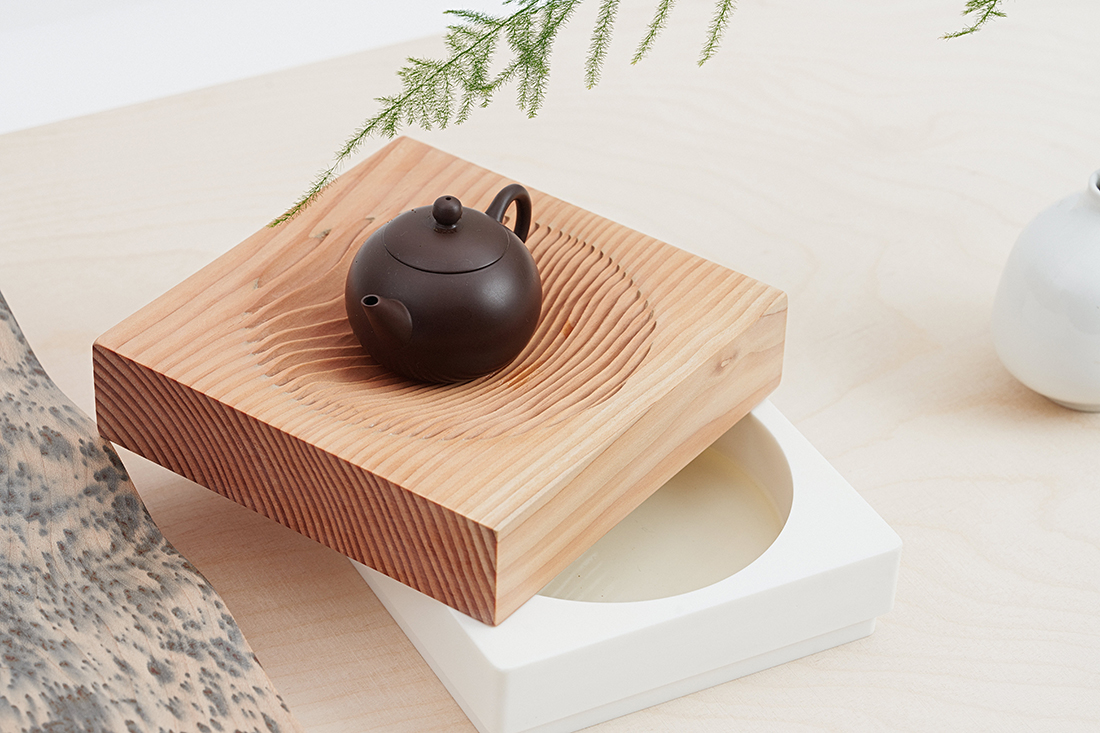 The Grained Tea Boat is accompanied by a Corian basin below 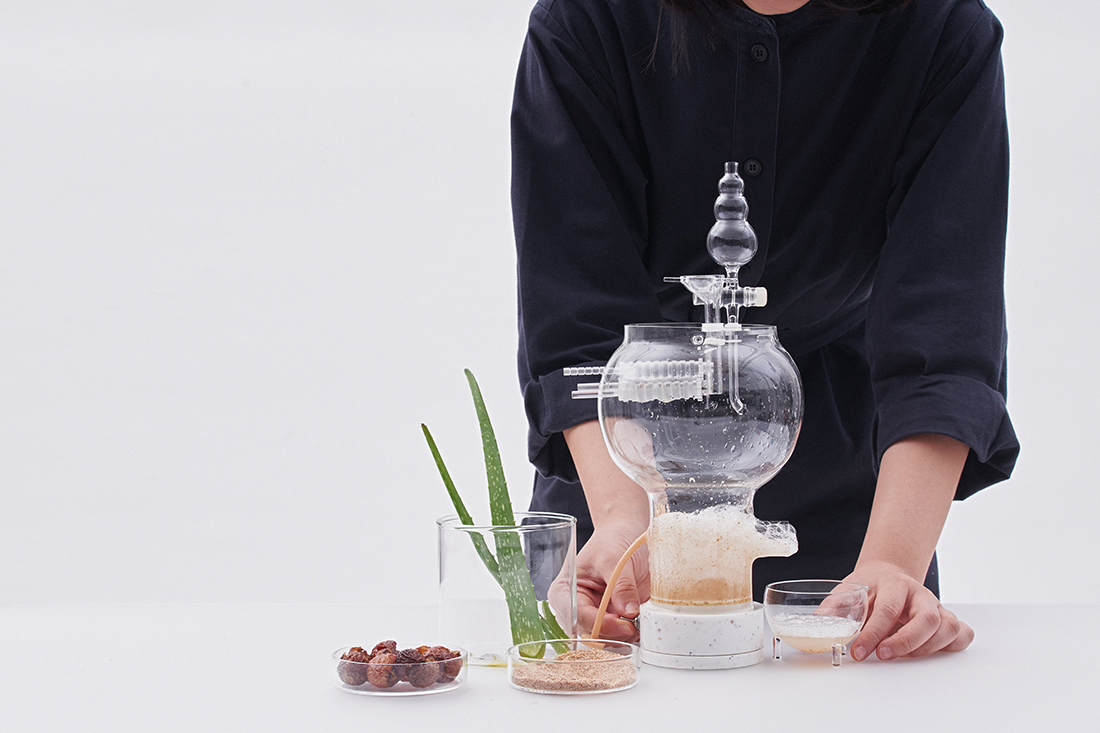 Mass Production of Happiness by Yingxuan Teo for Visions of the Future exhibition, DesignSingapore Council

All that synthetic soap we’re using during the pandemic has also led to burgeoning plastic waste. Yingxuan Teo tackles the issue with utmost poetry in Mass Production of Happiness, an apparatus for the home that harks back to the traditional craft of extracting natural saponins from soap nuts. With this, she envisions an alternative future with no more plastic packaging but only little machines that introduce soap-making into our daily cleansing rituals. 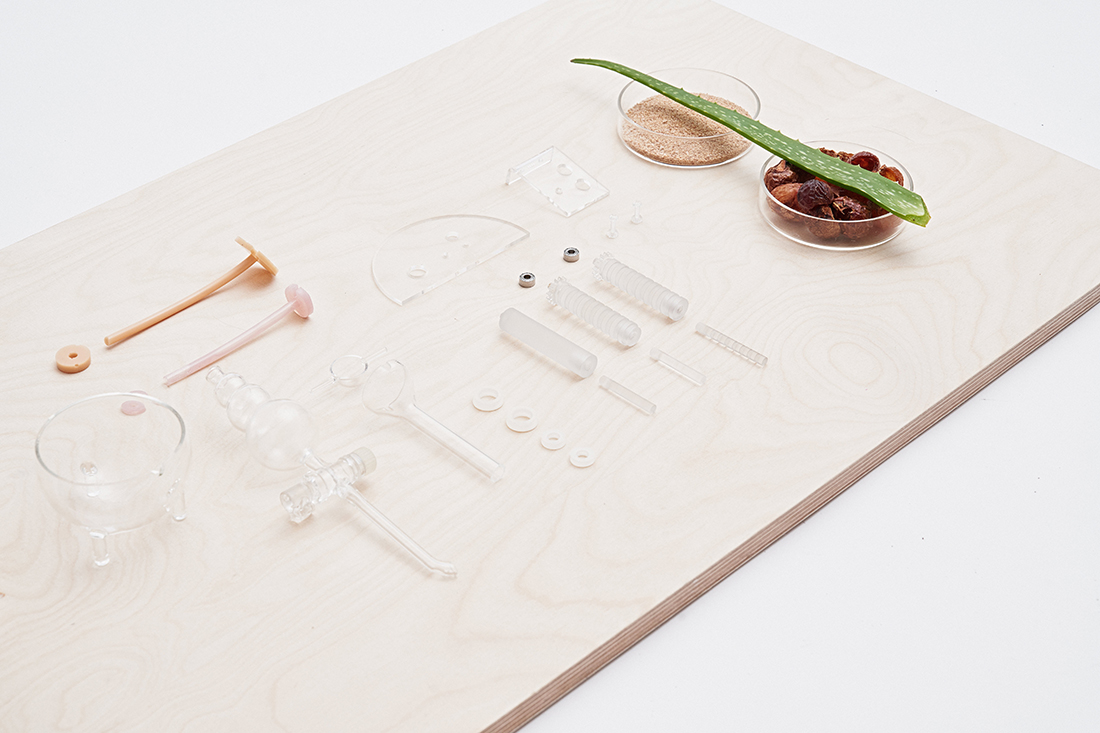 Components of the ‘Mass Production of Happiness’ apparatus 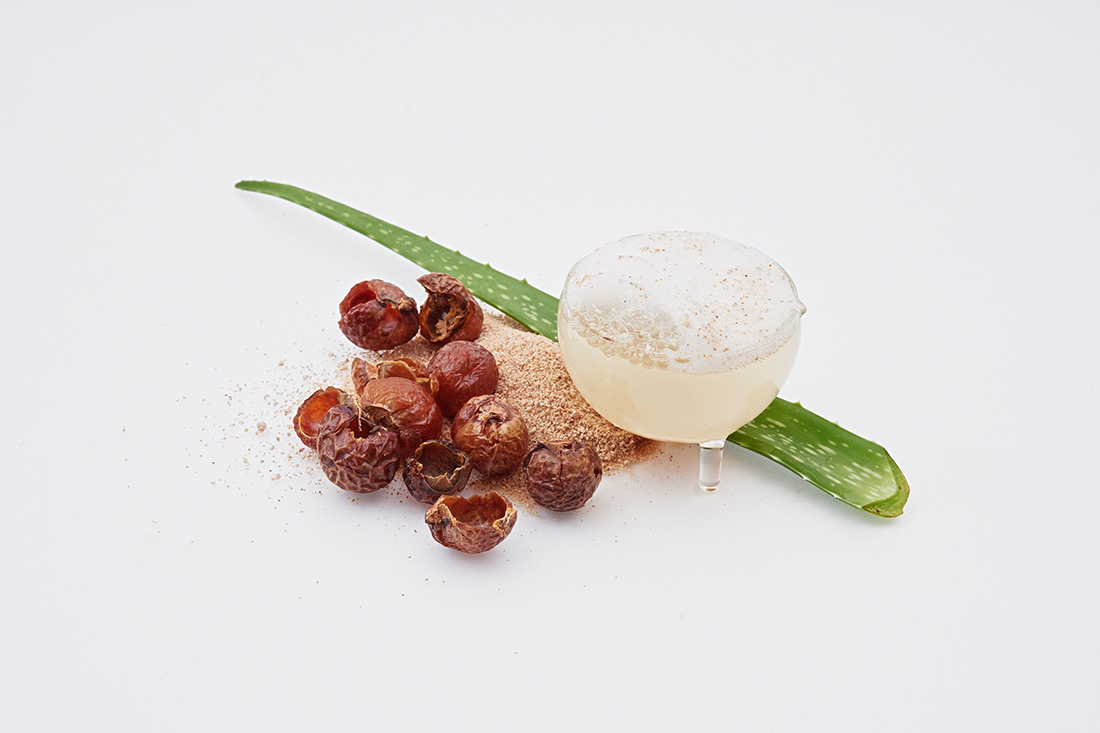 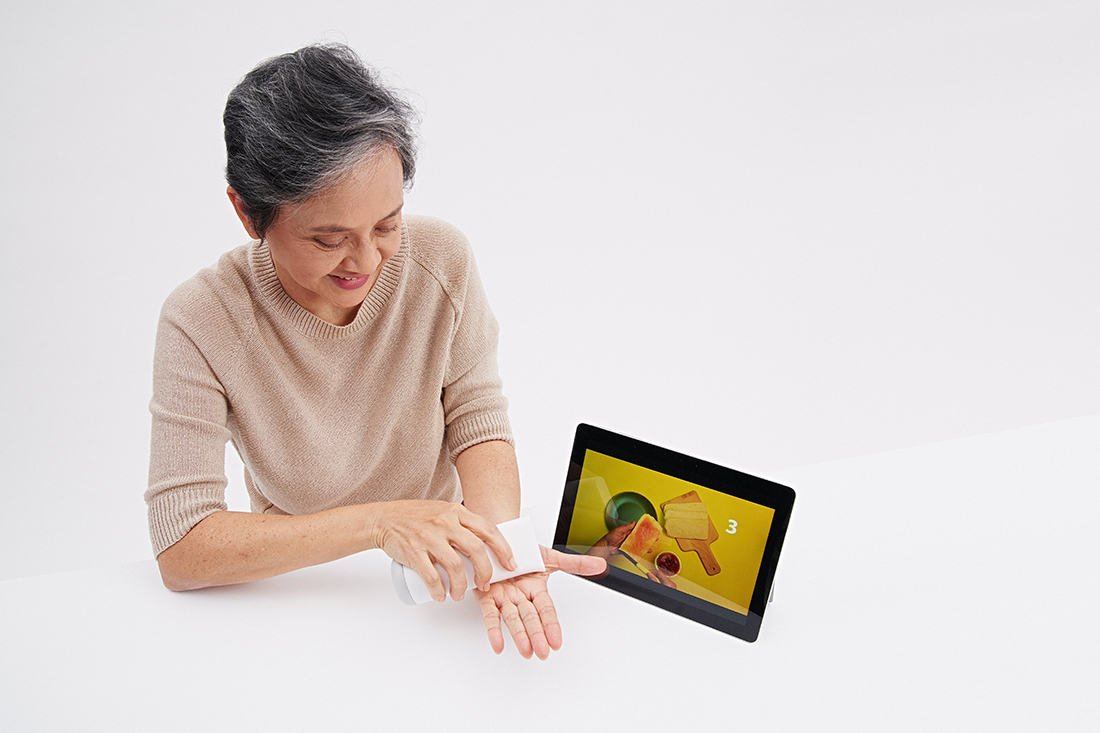 Rewind is a cognitive stimulation device for seniors with dementia.

The impact of isolation during the pandemic is perhaps none so acutely felt than by seniors who are prone to rapid deterioration of their cognitive faculties—particularly those with dementia. Seeking to help this vulnerable group, Poh Yun Ru has designed Rewind, a cognitive stimulation device that caters to elders who rely heavily on repetition in everyday life—via sounds and sights—to retain memory. A motion-tracking tool produces visual and audio feedback through a paired device, unearthing personal memories that users associate with sensorial interaction. 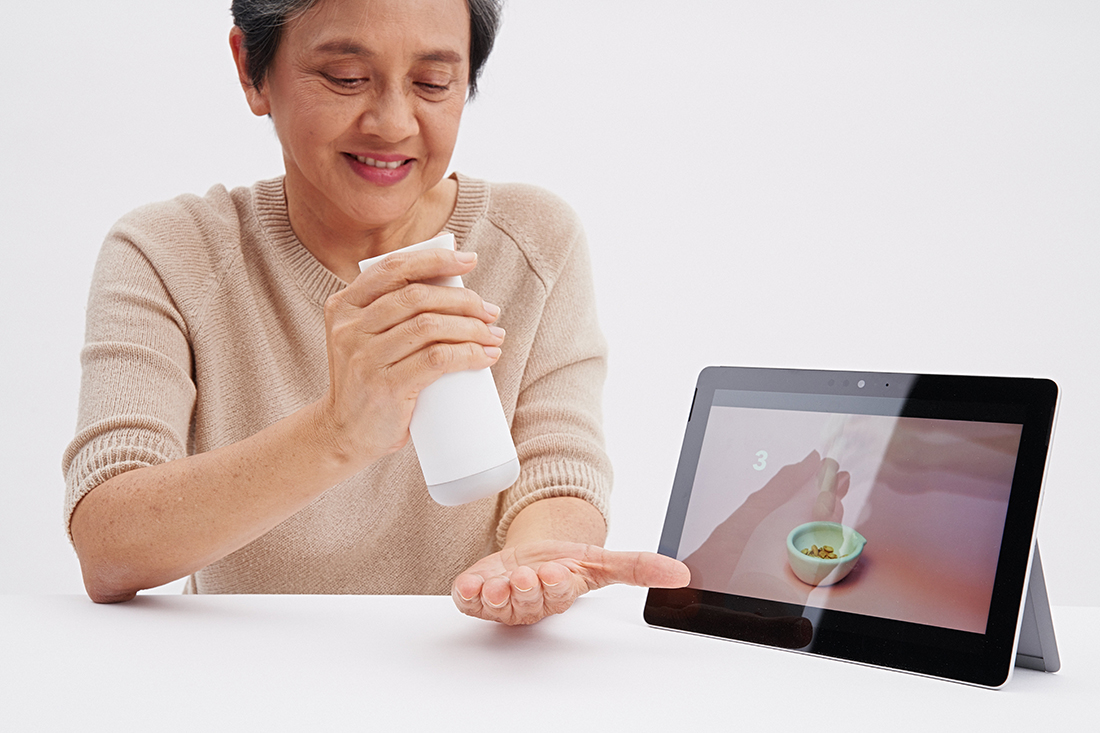 The bottom-heavy form of the device mimics a pestle to relay the pounding action involved in meal preparation. 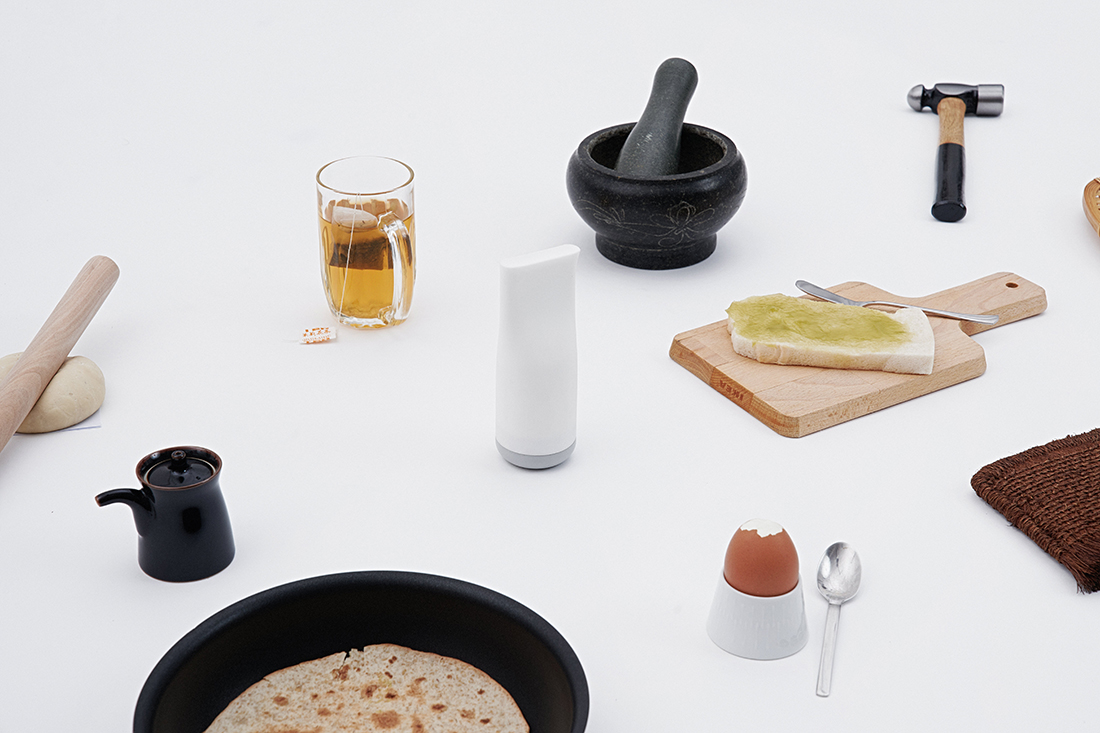 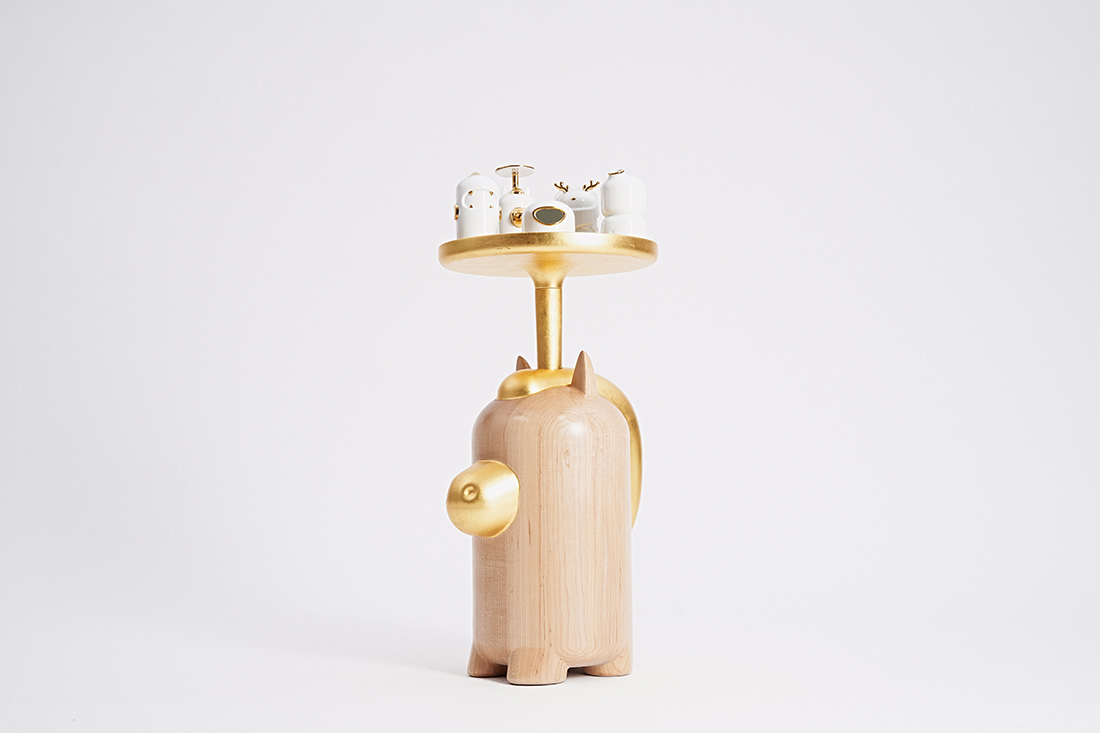 The fears we face today have never been more palpable, driving us to look for hope, even in the meaning we attach to objects. To this end, Lin Qiuxia explores the ancient divination rituals of Chinese geomancy with Ji Jian Wu. It is a contemporary reinterpretation of Feng Shui objects presented in a minimalist aesthetic. Even if one doesn’t subscribe to Feng Shui, the objects hold value as delightful objet d’art in and of themselves. 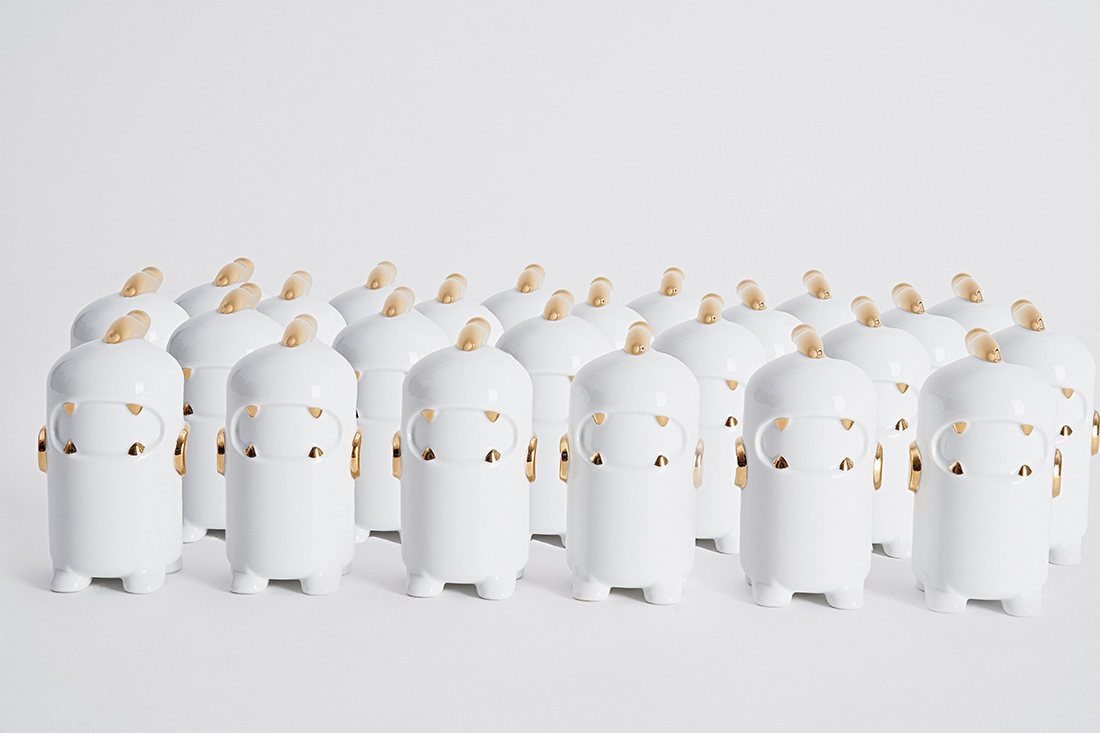 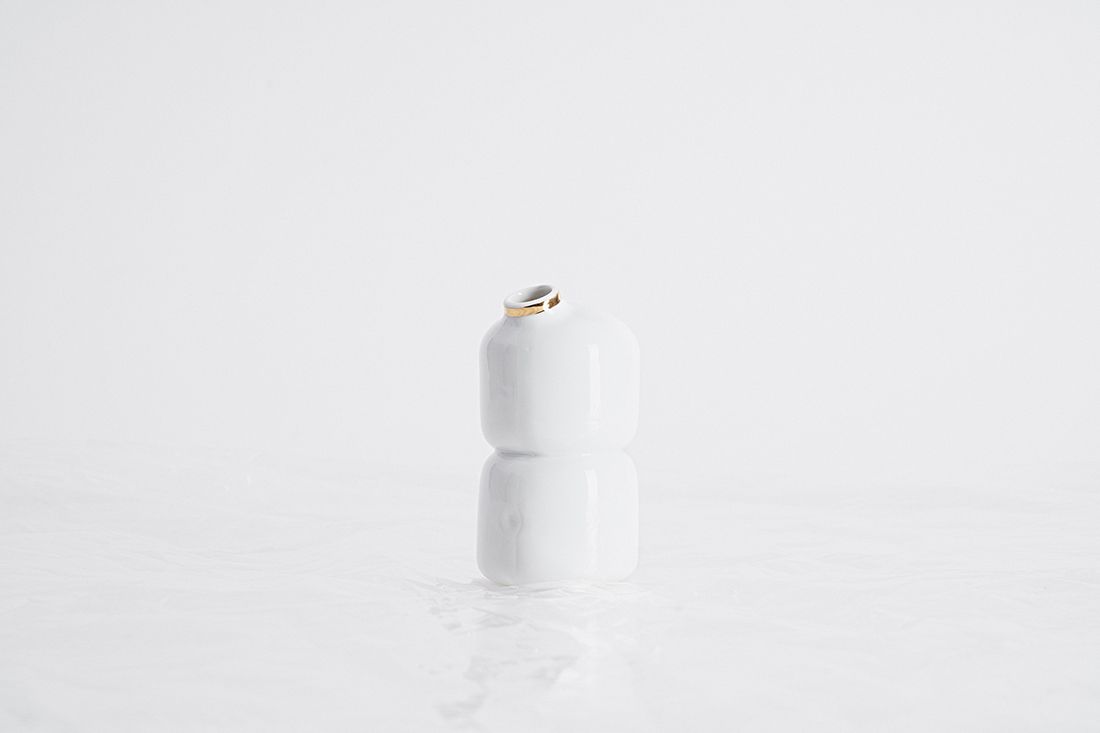 The Hulu, an allegory of water as the source of life, is an icon for vitality and good health. 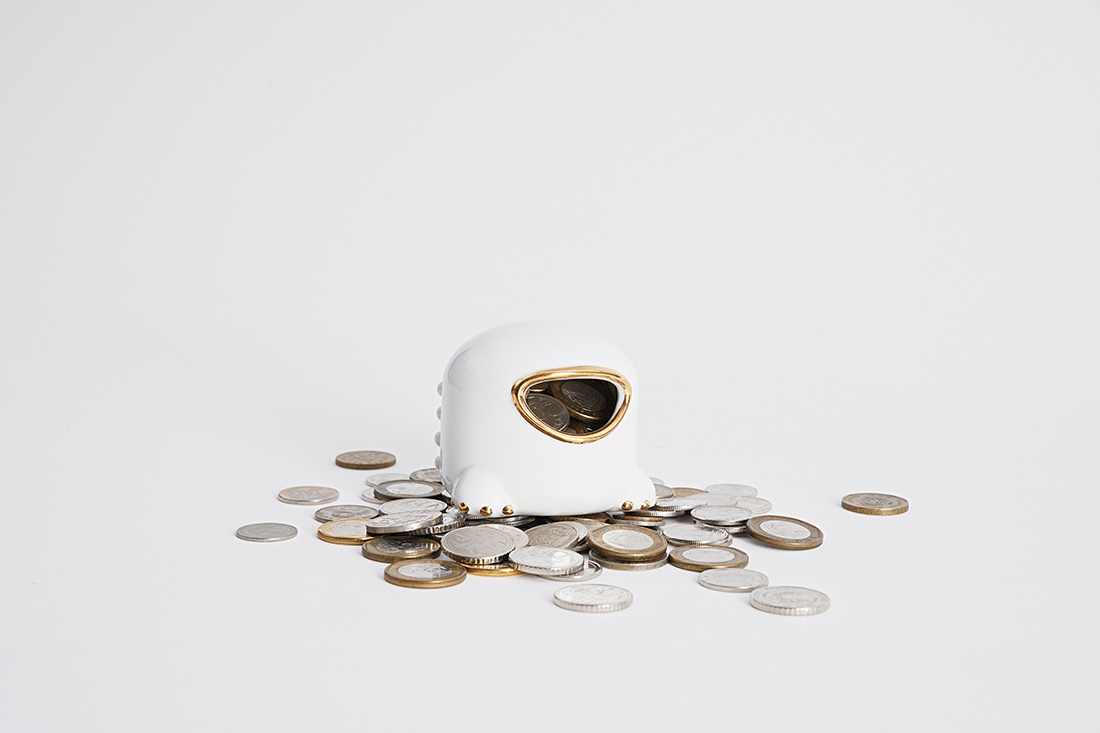 Chua notes, “Although the designers have been developing many of these ideas even before the pandemic struck, the futures they envision remain pertinent, if not urgent, in light of the harsh realities and inequalities that ignited during this public health crisis.”

Visions of the Future is held at the National Design Centre till 7 January 2021.