Vanishing Workflows at Aloft at Hermès: 4 Things To Know

We caught up with French artist Xavier Antin and asked him to unpick the presentation he’s created at Aloft at Hermès: Vanishing Workflows.

Vanishing Workflows, presented by Aloft at Hermès Singapore, comprises a collection of printed fabrics that is hung landscape-format in the gallery space. The imprints are chromatic and pattern-like, with variegated, jagged forms over and across which run horizontal, stria-like lines.

In the midst of the hung fabrics is a metal sculpture, within which is placed a bitcoin mining machine and a facing fan. This sculpture-machine is quiet most of the day, only time-set to switch on periodically. When this happens, it makes a loud whir that resounds through gallery and the retail floors below, and spews hot air that turns the blades of the fan backwards. At the other end of the gallery is a low pedestal. A vase of flowers is set on it.

The work is Paris-based artist Xavier Antin’s thoughtful response to the exhibition theme of Materiality, set by Aloft at Hermès Program Director Emi Eu. Antin has taken inspiration from Singapore’s parks and gardens and its banking industry to talk about the interwoven story of human industry, civilisation, and our material economy.

“The key focus,” Antin says, “is the tension between technology and nature, the visible and the hidden, and the ancestral theme of vanity in painting, which traditionally addresses questions about representation and the human condition in general.” We caught up with Antin and asked him to unpick the rich tapestry he has created. Here are a few takeaways: 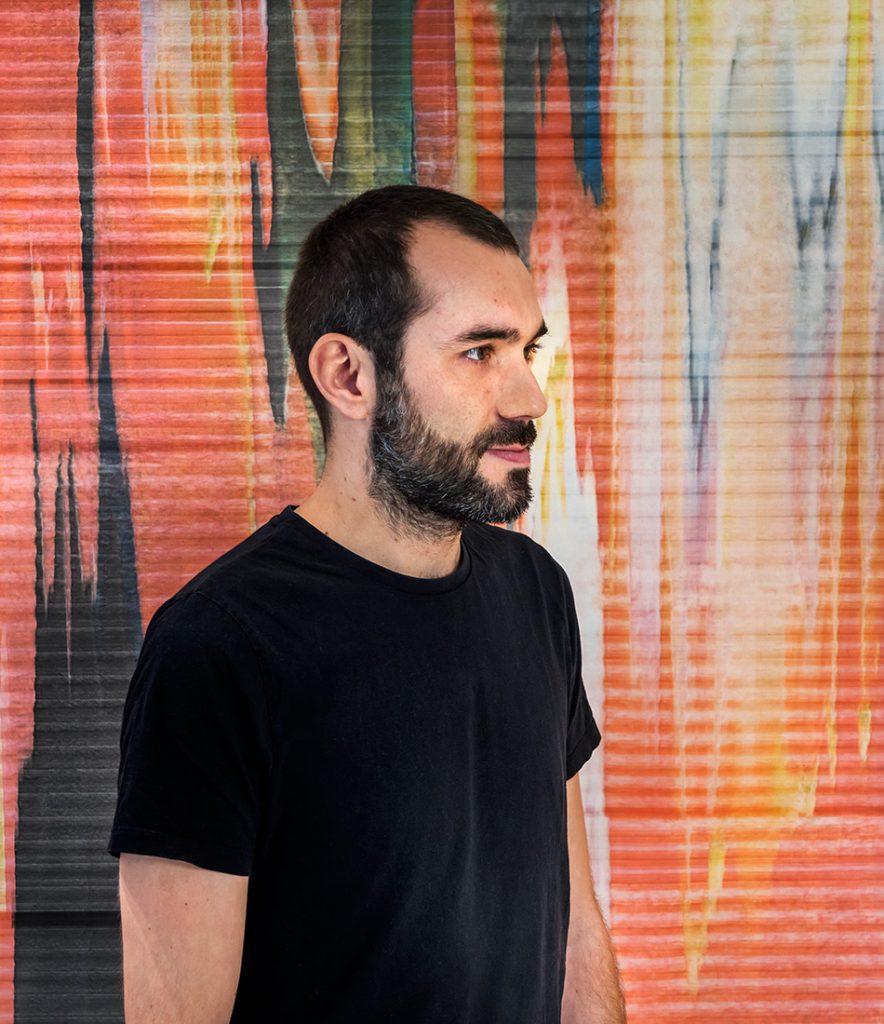 The printing is achieved through a photographic and cinematographic technique called the slit scan: Antin had gone around the parks of Singapore with a digital camera to take slow, scrutinising videos of its planted flora. The videos were projected on flatbed scanners that made scans of unfolding films, so moving images were abstracted into still ones. Antin says the point of the slit scan is to get the film to unfold in time and space on the abstract large-format inkjet printer that transforms an act into an image, “showing a kind of tense relation between the human gesture and the printing process.” Antin, with an abiding interest in ideas of production and reproduction, began his process with a digital camera and filmed content as he thinks it is important to employ contemporary tools and ways of representation.

These images were printed on a large-format Epson inkjet printer which he had hacked – firstly to carry a large tray (for holding fabric, instead of paper), and secondly, to introduce a manual crank so he could lift the printing head during the printing process to adapt to the relief of what he was printing.

“Hacking the printer allowed me to introduce a manual printing gesture in a digital device, while challenging its digital aspects by making visible its internal operations, glitches and defaults.”

The Inkjet Printer And The Loom

Antin shares how the modern inkjet printer works like a weaving loom. As he describes,  “The printing head of the printer is projecting tiny sprays of ink on the surface in a coming-and-going movement identical to those of a shuttle loom, literally weaving the image.” He sees his process as a re-appropriation of an old technique that turns the digital tool toward craft. He calls the printed fabrics (which are upholstery fabrics) tapestries. 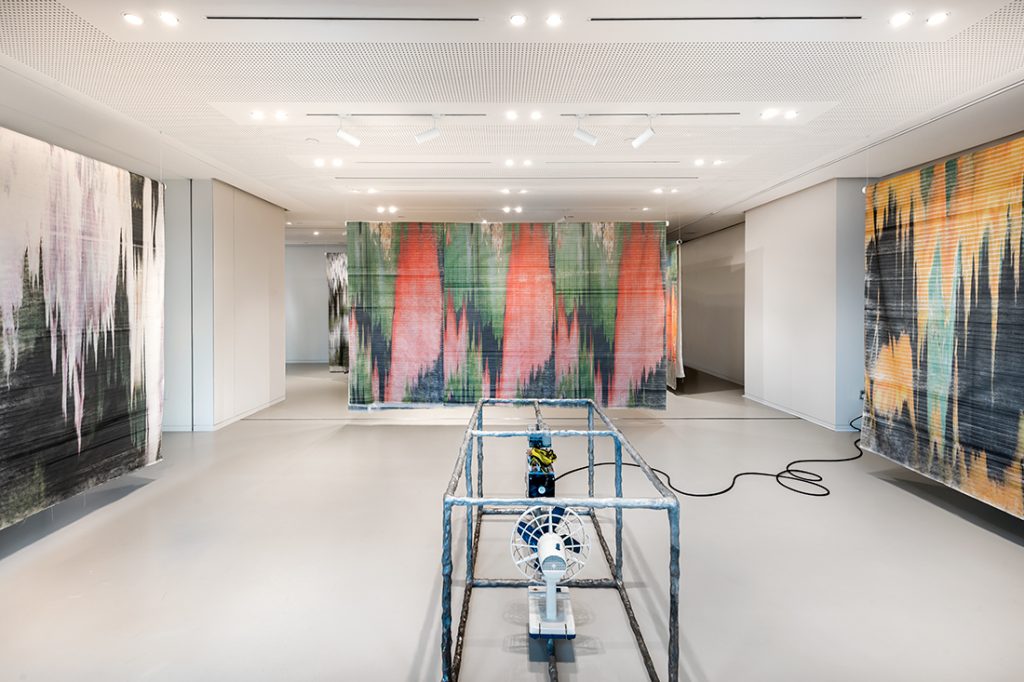 The Worker And The Fan

The Aloft site is turned into a production site when the bitcoin mining machine is switched on and set to work (by validating transactions for the blockchain in return for bitcoins). The bitcoin earned by the machine is sent to a PayPal account and used to place an online order for flowers from a local florist, which are sent to Aloft.

Antin shares, “There is a symbolic production at play. In the cryptocurrency world, the machine is a called a ‘worker’, and is used around the clock to validate transactions and earn bitcoins. This is my way of saying the human worker is replaced by machine.” The purchase and delivery of the flowers are arbitrary, determined by the mining power and fluxes in the cryptocurrency market. Antin points out how, in spite of this, people (namely, the florist and the person making the delivery) are engaged in the process, and asks if perhaps people are utilised by the machine in the case.

“This is my way of saying the human worker is replaced by machine.”

The mining machine is switched on only at night and during lunch hours in reference to shift work. When the machine is turned on, hot air is produced and directed at the fan, whose blades turn backwards – again, in an ironic reference to the fans used to cool workers down in factories.

Vanishing Workflows will be displayed at Aloft at Hermès (Liat Towers) until 10 March 2019. Opening hours are 10:30am to 8:00pm and admission is free.

Images of installation by Edward Hendricks, courtesy of Hermès.

The way we work has evolved, creating a demand for 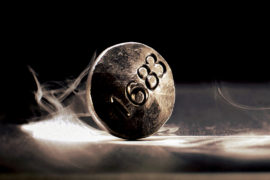