First presented in Milan last year, Sony’s Hidden Senses exhibition has made its way to Singapore and invites you to experience technology in a human-centred way. 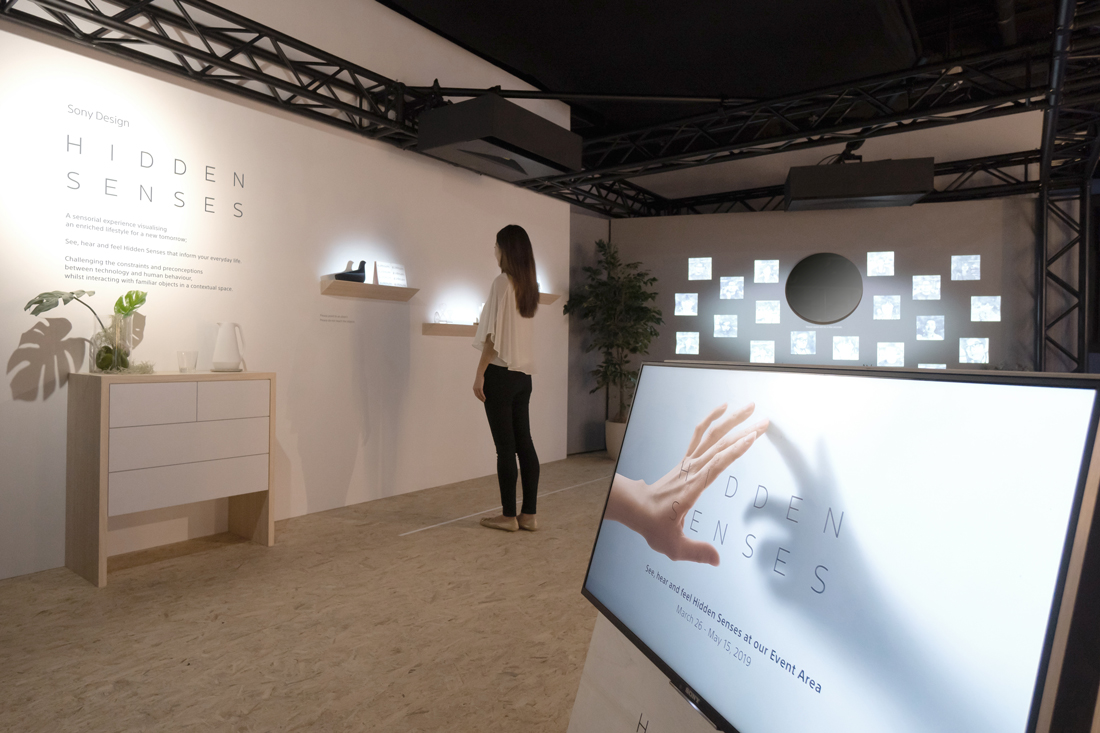 Why is emotion important to a technology company? I put the question to Sony Creative Centre’s Tokyo-based Chief Art Director, Hirotaka Tako, this week during the launch of Hidden Senses at the Sony Store, 313@somerset.

“Technology doesn’t have to be something to be scared of; it can be more kind and human centred,” he said. “It can be a bridge between a space, an object and your behaviour. That’s what we’d like to show with Hidden Senses.”

“[Technology] can be a bridge between a space, an object and your behaviour.”

First presented in Milan in April 2018 during Milan Design Week, and later at Ginza Sony Park, the Hidden Senses exhibition has now made its way – in part – to Singapore. It showcases several ways that design can be applied to technology to interact with people and create a perceptual experience. “It’s a concept for experience,” says Tako.

Thanks to the presence of hidden sensors, Hidden Senses presents ways of interacting with technology through gesture and the senses, rather than with the basic element of a switch or screen. 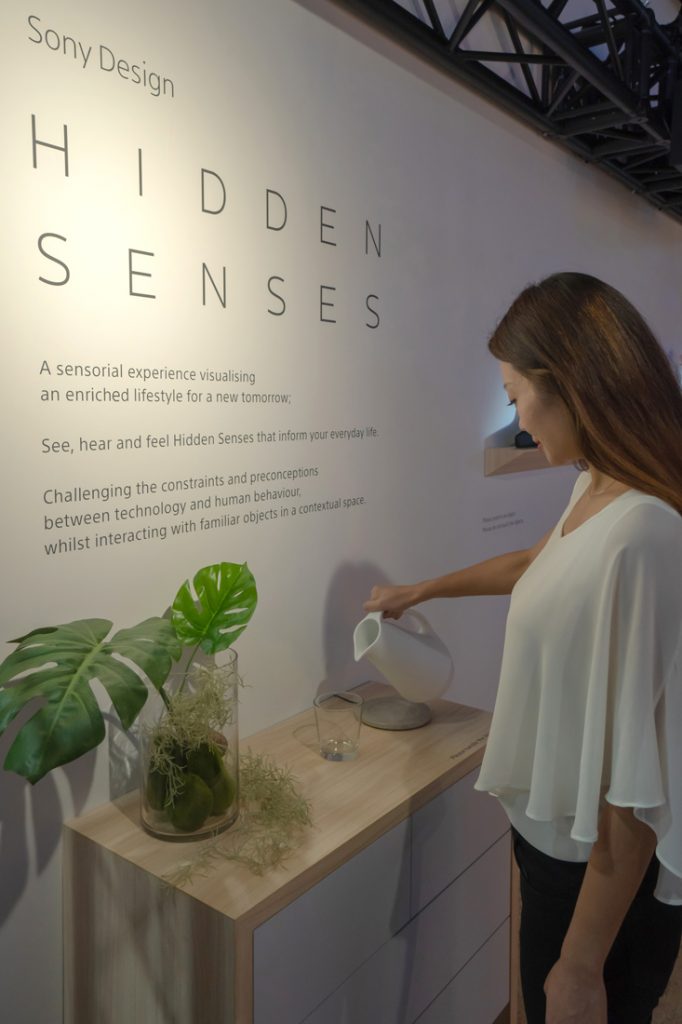 In scenario 1, titled ‘Empty Jug’, sound and vibrations are emitted from an empty water jug. The action of pouring from the jug to a cup elicits the perception that water is flowing, when it does not in fact exist. 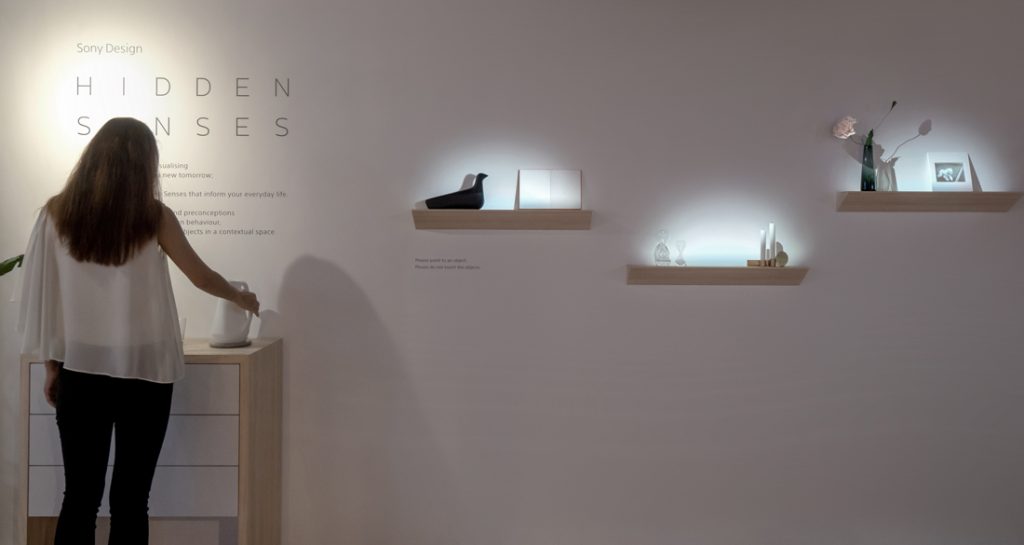 In scenario 2, titled ‘Object Switch’, the action of pointing at objects creates an effect such as playing music, altering the lighting condition, or shuffling digital photographs. Objects from daily life act as on/off switches. 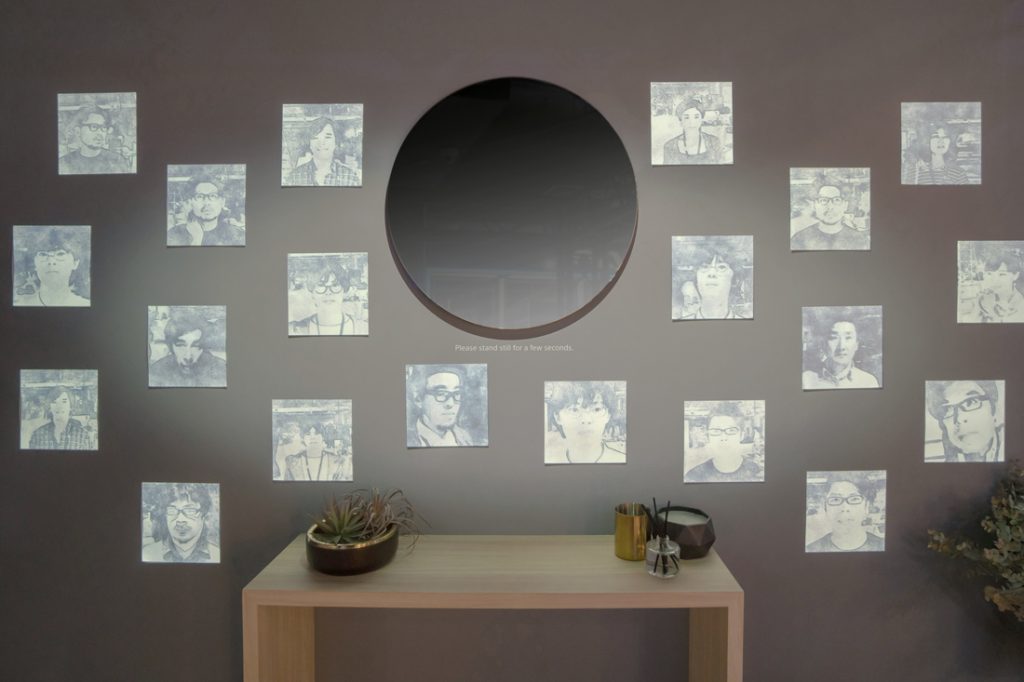 In scenario 3, titled ‘Sketching Portrait’, standing in front of a mirror prompts the creation of your likeness in illustration form, which is projected onto ‘paper’ on the wall.

“We at Sony want to translate our cutting-edge technology in a more comfortable way,” says Takuya Kawagoi, the General Manager of the Communication Design Group at Sony’s Creative Centre in Tokyo. He continues, “Sometimes we can get fed up with the amount of information that comes at us through technology like smartphones. We want to make people’s lives more comfortable and peaceful.”

“We want to make people’s lives more comfortable and peaceful.”

Hidden Senses is the culmination of four year’s work by Sony. The experimentation undertaken throughout that time lead Tako to the realisation that “We can’t run away from physical switches or gestures… You can’t suddenly jump from the physical world to the digital world. We need something in between. That’s one of the reasons why we created Hidden Senses.”

So is Hidden Senses a form of entertainment or function? “That’s a good question. It’s hard to answer,” says Tako. “It’s both. If there’s too much entertainment in your daily life, it can be overwhelming. We try to bring the ‘wow’ on an everyday basis by focusing on function.” As opposed to a smartphone, which offers an endless supply of information, Hidden Senses focuses on just one piece of information in each scenario. This allows for its presentation in a subtle way, suggests Tako, that can generate a nice experience.

Suggests Kawagoi, “Hidden Senses is a combination of technology and emotion as one solution for the future. It’s an example of how to make life more comfortable.” 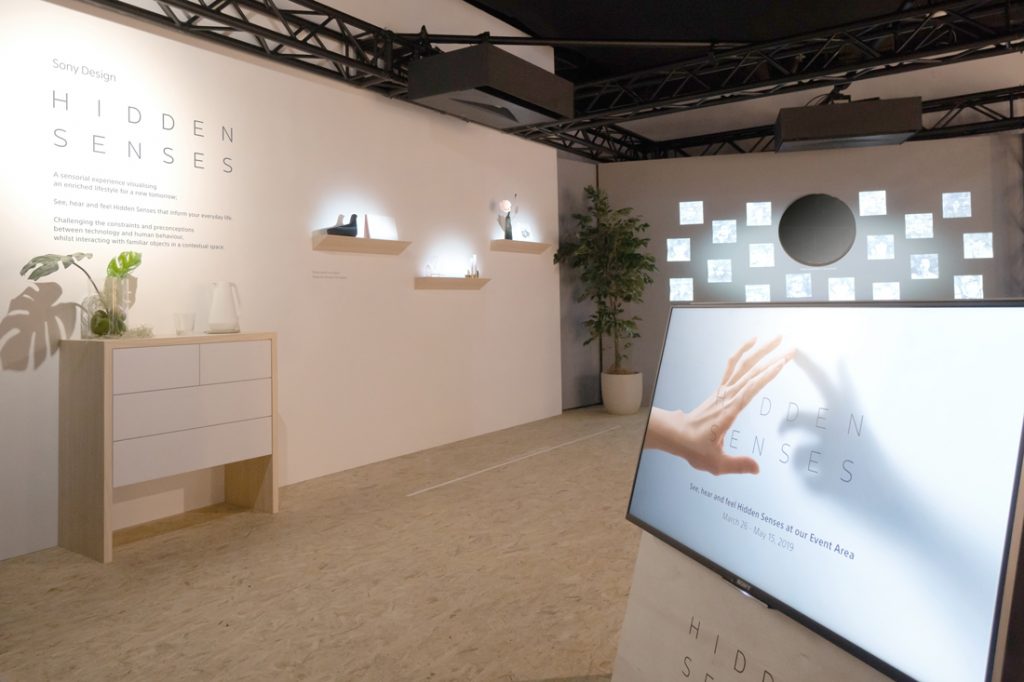 Hidden Senses in Singapore can be experienced at the Sony Store, 313@somerset, until 15 May 2019.

If you’re headed to Milan this April, look out for Sony Design’s new exhibition focused on AI and robotics, titled Affinity in Autonomy. Are you ready to feel an affinity with robots? Head to Spazio Vegna on via Savona 56/A from 9–14 April 2019.