Despite evolving beyond the handmade, craft in architecture today retains the act of making and refining through advanced technology, expanding the architect’s playbook.

According to Justin Hill of Kerry Hill Architects, designing a master plan in the 90s meant staying up all night with colour pencils. With the advent of advanced technology, translating ideas into plans has become more productive. How has this agility changed the way architects create today?

As buildings continue to scale, catering to population growth, architecture has evolved beyond the handmade. At the recent SIA Conference 2019, eight esteemed architects considered the significance of ‘Craft’, the theme for Archifest 2019, in their practices. 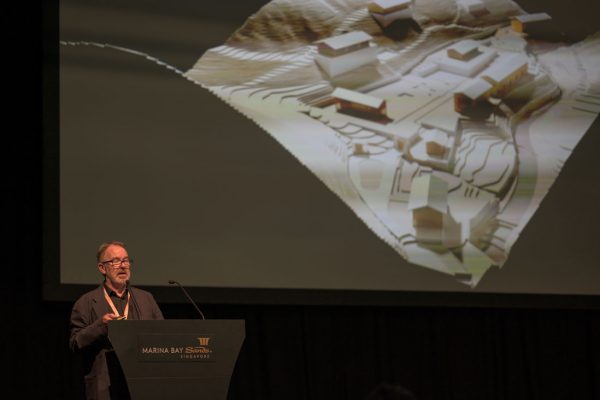 Some tools of the trade remain unchanged. Model-making is still a big part of Kerry Hill Architects.

“They teach us when a design is not right. They teach new people in the office what we’re up to. They seduce the client all the time,” advocated Hill, who revealed that their model maker has been with the firm for 25 years now. He also credited sketches as a highly relevant way of recording inspiration or walking through the thought process before committing to digital realisation.

“[Models] teach us when a design is not right… They seduce the client all the time.”

Emphasising that every project is the byproduct of collaboration, keynote speaker David Nelson, Head of Design and Senior Executive Partner at Foster + Partners, believes that craft, while seemingly an individualistic pursuit, is about the ability to make sense of complex components by being receptive.

He cited the McLaren Technology Centre, completed in 2004, as a project that opened the firm’s investigation into carbon fibre, which McLaren is known for in vehicle production. “ 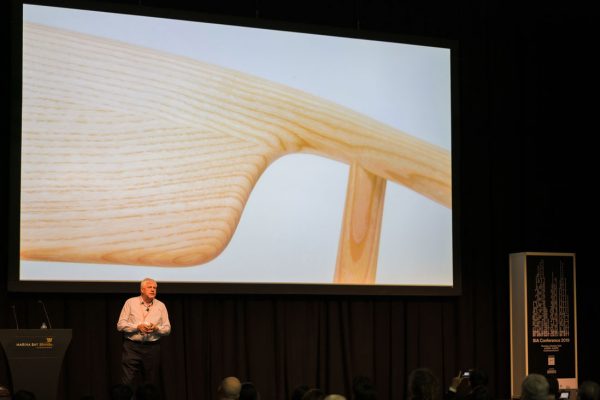 When you work with a company that designs and makes things, the relationship is different,” said Nelson. In 2017, Fosters + Partners completed the Steve Jobs Theatre, erecting a groundbreaking 135-foot diameter carbon fibre roof atop glass panels, seemingly weightless. Be it designing buildings, sailboats or lunar habitation, Fosters + Partners draws from disciplines beyond architecture.

Peppered with light-hearted anecdotes, Taiwanese architect Divooe Zein detailed his experiences living in Bali and going back to the basics, enlisting the help of locals to build himself a studio and living space by hand and making spheres out of bamboo for landscaping. 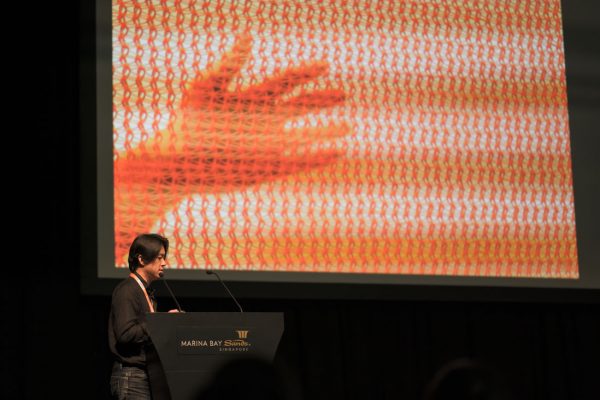 The hands-on experience has informed the projects undertaken by his eponymous studio such as the Siu Siu Workshop and The Forest BIG, both of which are self-initiated multipurpose spaces in Taiwan crafted with a porous ‘net’ that blurs the lines between a shelter and jungle to invite visitors to reconnect with the natural habitat.

Palinda Kannangara Architects (PKA) offered context on Sri Lanka’s landscape and way of life, and how it affects the built environment. Connecting seamlessly with nature rather than ‘disturb’, this philosophy is evident in Kannangara’s projects: Hotel by the Waterfalls and Studio Dwelling—both stunning yet harmonious. 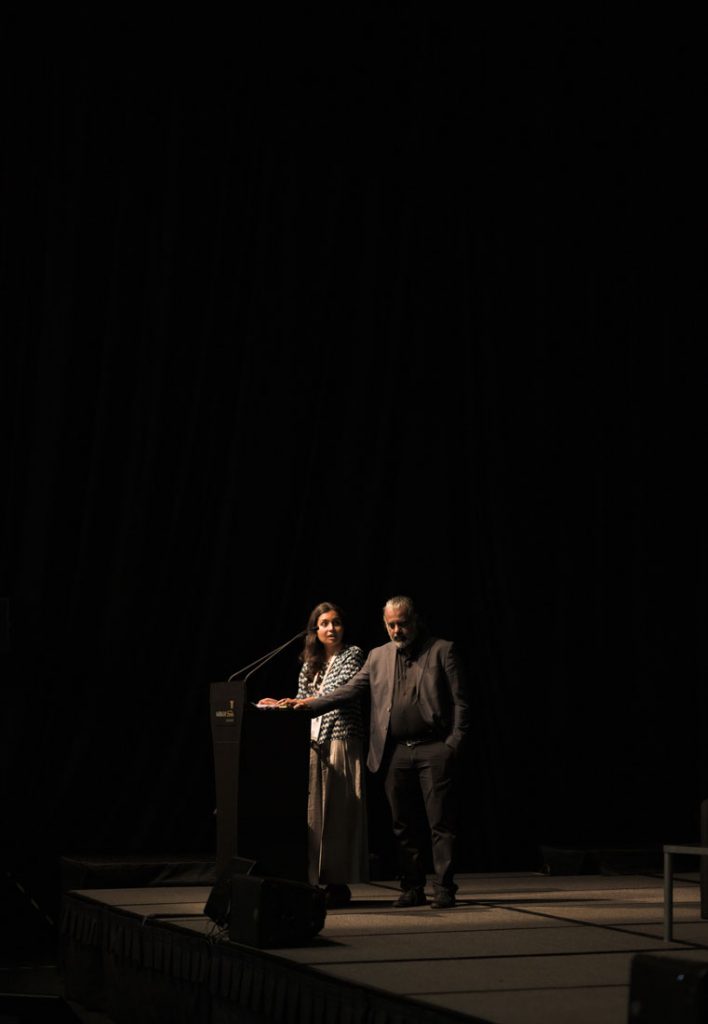 Representing PKA at the conference were partner Varna Shashidar and the eponymous founder Palinda Kannangara. Fourteen years of practice has taught the architects to never freeze up drawings and plans as they work closely with local builders and craftsmen, borrowing their techniques to create emblematic outputs.

Despite having a repertoire of large-scale projects, Chan Soo Khian of SCDA Architects said that he is fascinated by the small things, be it door handles or soap dispensers. He fondly recalled early days, fresh out of school, designing furniture before architecture.

Coming full circle (see Soori High Line or Cluny Park Residences), SCDA Architects’ foray into holistic design—a philosophy Chan believes architects should return to in an increasingly specialised industry—is underpinned by a desire for precision, which has been made possible by technology. 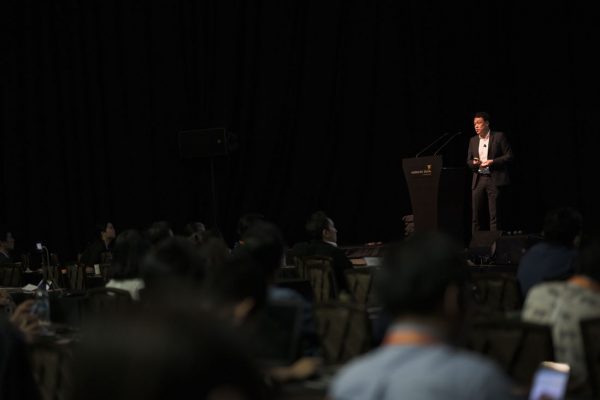 “Craft today is about assemblage,” he said, adding, “it’s more about sourcing in a responsible way and working with like-minded people for research in materials.”

The use of technology with a ‘crafting mindset’ is evidenced in the 20 unique Aesop stores or Jackalope Pavilion by March Studio, who pushes materials in unexpected ways. Be it the use of cardboard boxes, coconut husk strings or repurposed timber, founder Rodney Eggleston said that every project is a “myopic investigation” to find the in-between of craft and manufacturing. 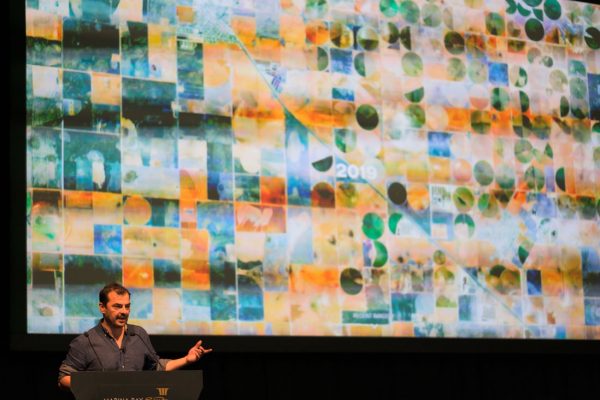 In the studio, a space for experimentation and prototyping by hand is integral to their process, while the computer tools inject order into chaos, addressing practicalities such as build-ability and budget constraints.

“As architects, we tend not to physically make things. Design and drawings—they are objects that help someone to make something. That is our craft,” said Sam Conrad Joyce, Director of Master Programs at the Singapore University of Technology and Design. 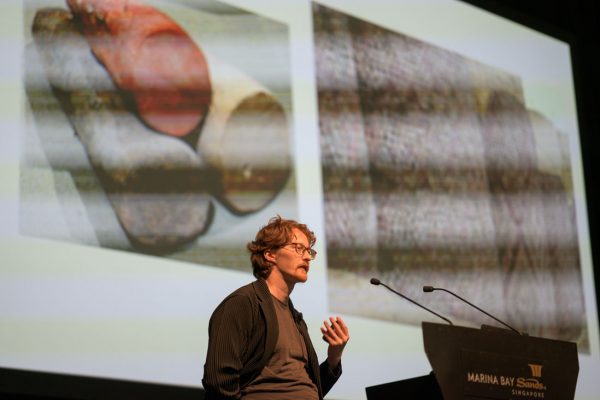 Joyce noted that while there has been a negative connotation towards the transition from hand tools to computers, there is beauty and a sense of ‘craft’ inherent in how computers themselves were conceived.

Aided by technology, making architecture with the philosophy of craft or the spirit of making has no doubt enhanced the architect’s playbook. 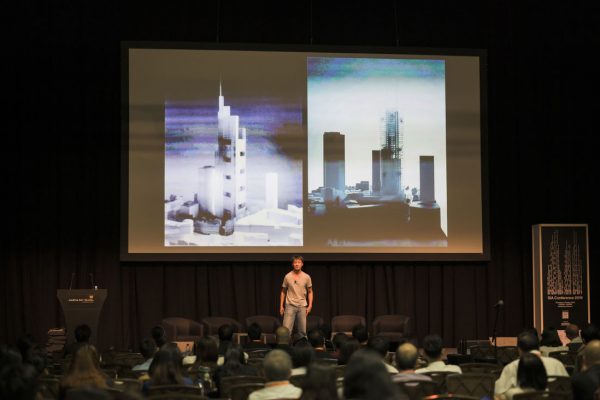 Yet Malaysian speaker Kevin Mark Low, founder of Small Projects, put forth an intriguing thought: “We’ve asked every question possibly we can do about how to craft style but we’ve asked very few questions about what it means to craft design, which has to do with the crafting of content.”

[W]e’ve asked very few questions about what it means to craft design, which has to do with the crafting of content.” 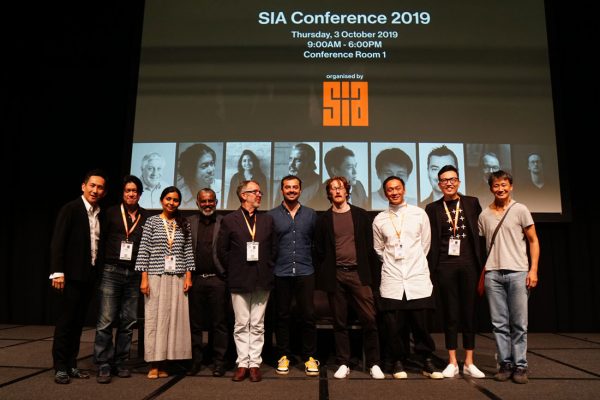 Images courtesy of Archifest and SIA.