This month, the editorial team has spent as much time out of the Indesign Media offices as in. Here’s a regional wrap of some of the major happenings and directions around the region, and further afield.

We’ve been featuring plenty of coverage of the biennial Orgatec trade show in Cologne in recent weeks. The show drew a strong contingent from our part of the world, including a number of Australian brands and industry colleagues from Singapore, Hong Kong, New Zealand.

Says Melbourne-based Indesign Media Editor Aleesha Callahan, who was on the ground in Germany: “There were many key areas across the workplace sector shining through at Orgatec this year – acoustics of all shapes and sizes, innovative integrated technologies and ever-more softening office environments. In among the action were many folk from our regional A&D industry that will be bringing the latest offerings back to the Indo-Pacific region.” She and the Indesign Media team caught up with a host of familiar faces at Indesign’s Orgatec soirée. 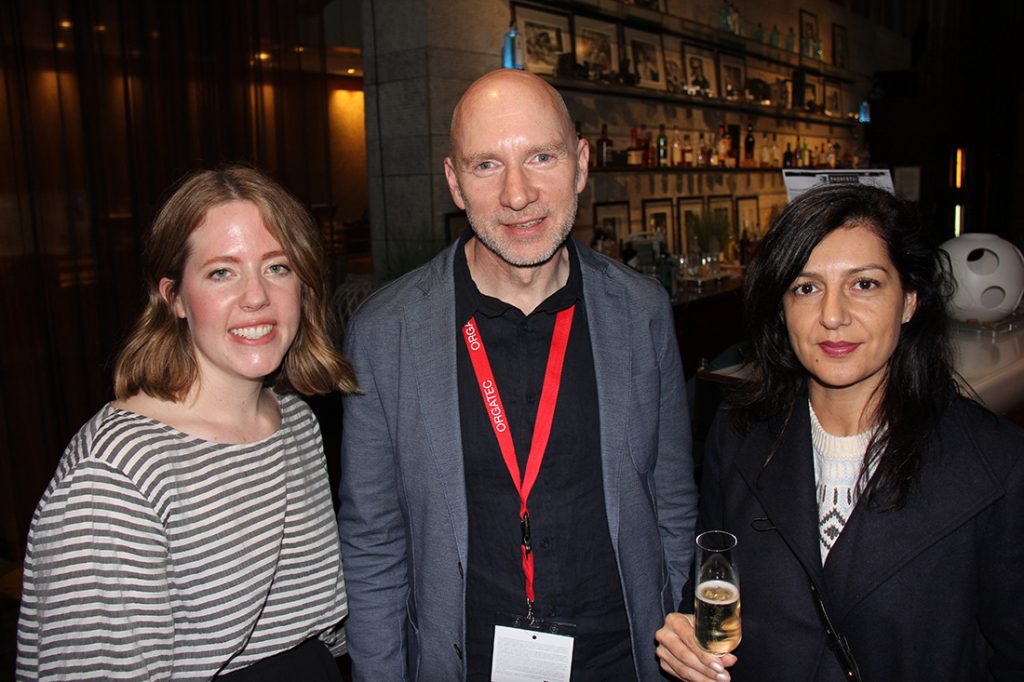 Aleesha Callahan (left) with industry colleagues at Indesign Media’s Orgatec Soiree, Cologne
In Singapore, the annual Archifest architecture festival (organised by the Singapore Institute of Architects and directed in 2018 by Yann Follain of Singapore- and Paris-based firm WY-TO) brought a timely focus to how architecture can help people live a better life in Singapore.
In exploring design in relation to people, time and environment, the festival (held in late September and early October) was shaped to maximise accessibility while addressing issues of core relevance to practice in Singapore and the South-east Asian region. The hot issue of ‘en bloc’ redevelopment of iconic modernist buildings was chief among them. 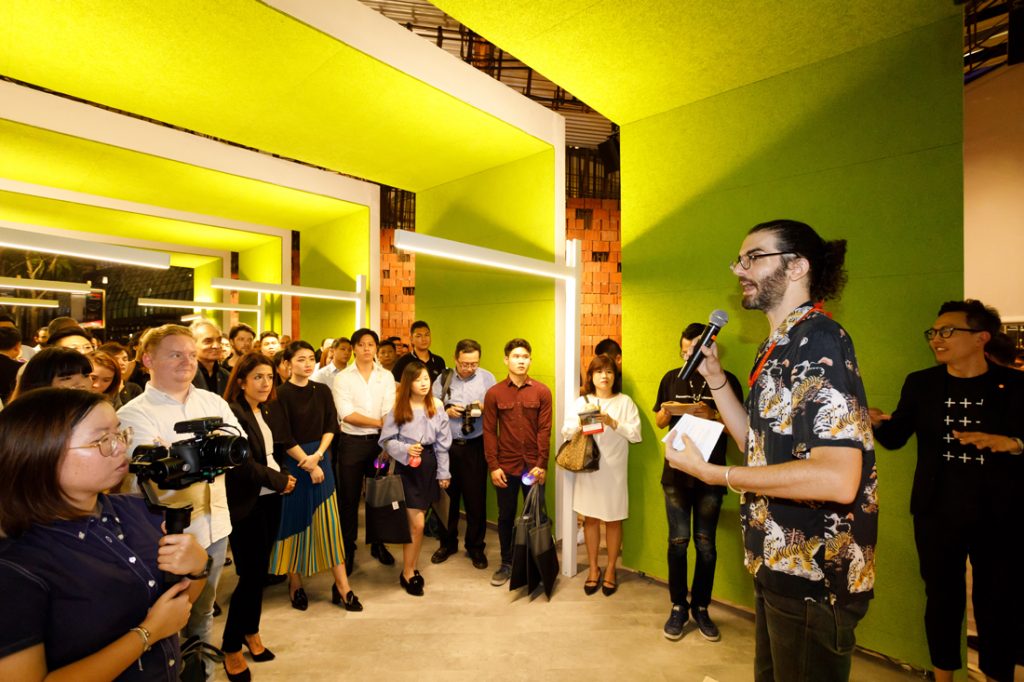 Festival Director Yann Follain (WY-TO) opening Archifest 2018, Singapore
Reassessing design education for a changed context of practice was the focus of an international forum organised by independent thought leadership platform GloW-DESIGN (Globally We Design) – founded by Shashi Caan (one of our esteemed INDE.Awards judges). At host venue LASALLE College of the Arts in Singapore, the ReDesignEd Educators Forum participants spent three days probing ideas about the future of design education before arriving at a new Universal Design Education Charter.
The Charter will be released publicly on 29 November. I contributed to the finessing of the Charter wording during the forum, and had the honour of reading the document to the international group of participants. 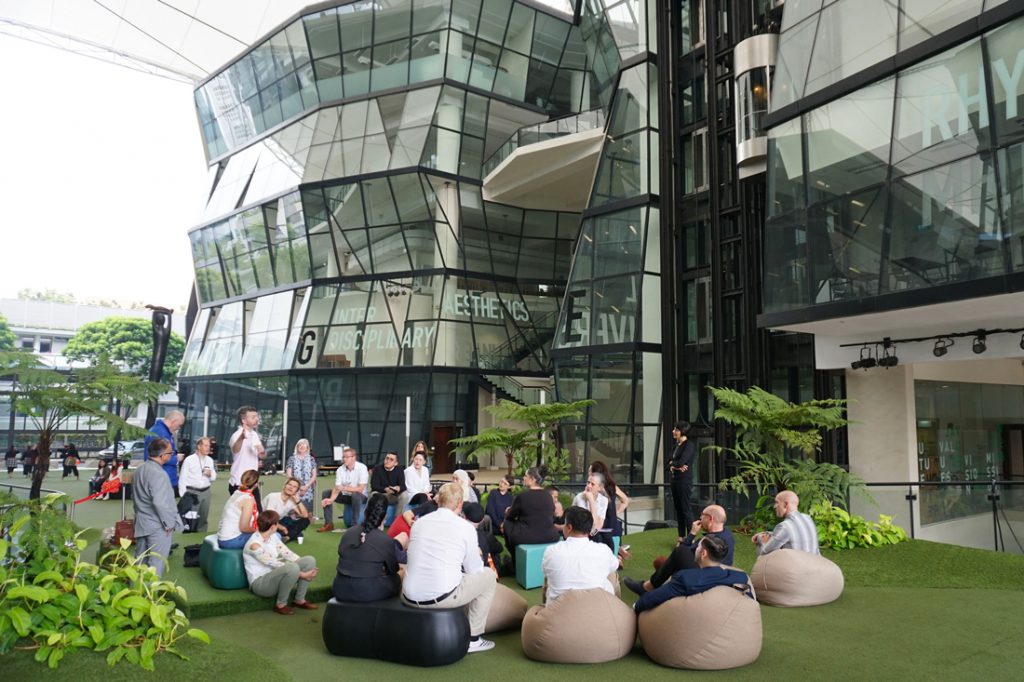 GloW-Design ReDesignEd Educators Forum, Singapore
Steam is building once again in the INDE.Awards engine! The Indesign Media team is hard at work behind the scenes preparing for the opening of entries for the next cycle, which will be celebrated in Melbourne in June 2019.
All regional studios with projects in the Indo-Pacific region are invited to enter the most progressive work from 29 November 2018. Just head to the INDE.Awards website for more details. Projects must have been completed between 1 January 2018 and 29 January 2019. Show us how you’re leading the way and make your mark in 2019! 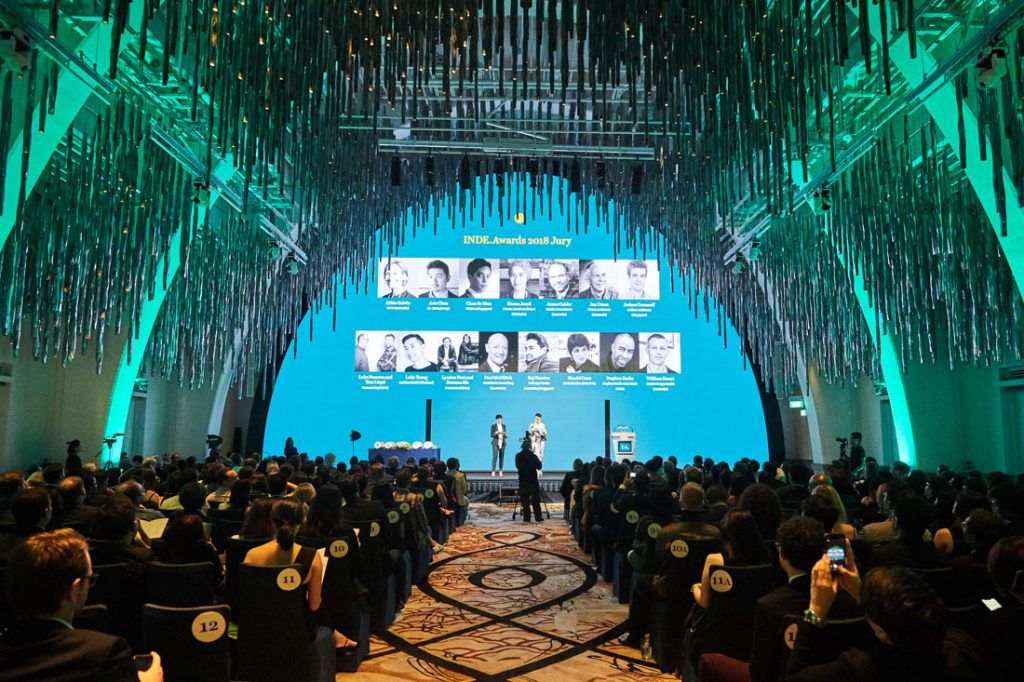 INDE.Awards 2018 Gala, Singapore
Our beloved regional title Habitus turned ten this year, and to celebrate the team announced the inaugural Habitus House of the Year initiative. The jury convened in Sydney at the impeccable Stylecraft showroom to deliberate, reaching a unanimous conclusion.
I joined Indesign Media’s Habitus team of Editor Holly Cunneen, Founding Editor Paul McGillick, and Publisher and CEO Raj Nandan to contribute to the judging. The results will be announced in Melbourne in November, so stay tuned. 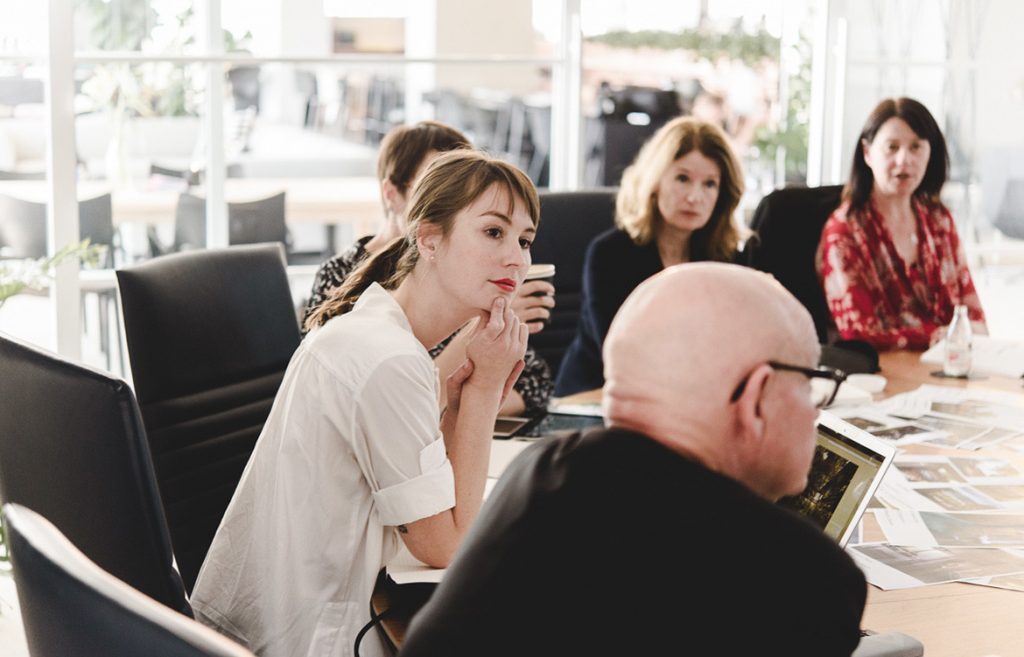 Habitus Editor Holly Cunneen with Habitus House of the Year judges and partners, Sydney
There have been plenty of strong exhibitions happening in Hong Kong this month – from Jaime Hayon’s Cosmos at Harbour City, to Isamu Noguchi x Danh Vo at M+ Pavilion, to Ronan and Erwan Bouroullec at the Hong Kong Design Institute Gallery. All of them are opportunities to get up close with mastery in design.
If you’re in HK, there’s still time to catch the latter two – head to Indesignlive.hk for more details. The ‘Passive Butterfly’ house by EME Design won the prestigious Best of the Best category, as well as taking out the award for Single Dwelling Alteration or Addition. View the full list of winners here, and see snaps of the night here. 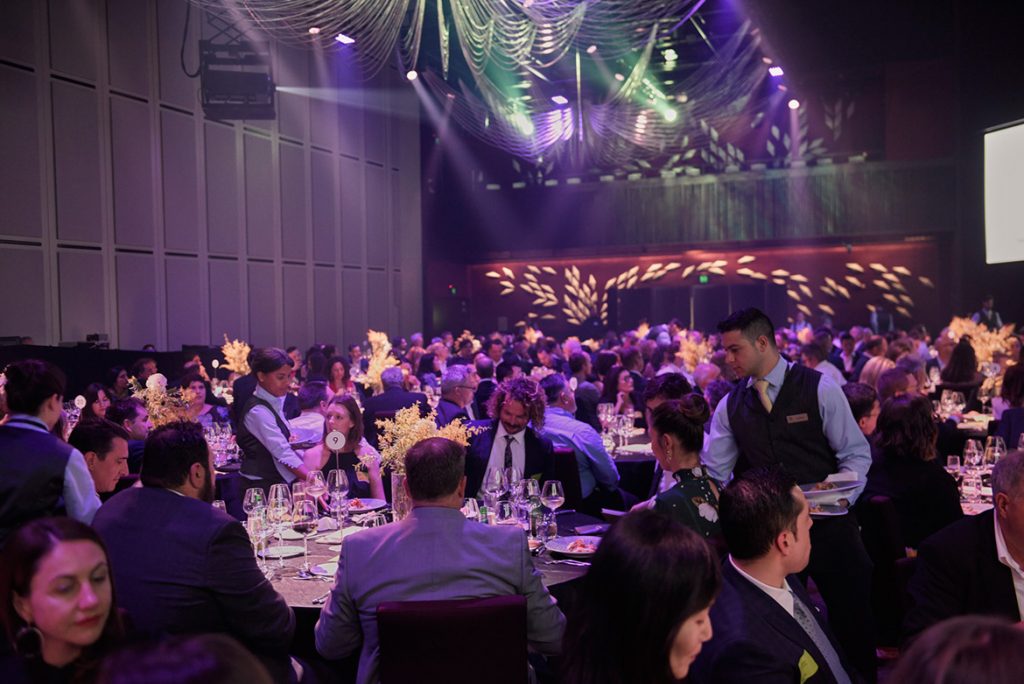 Sustainability Awards, Sydney
Catch up with all the regional news online at Indesignlive.com, Indesignlive.sg, Indesignlive.hk and habitusliving.com. On the shelves, look out for Cubes #93 (focusing on wellness) and Habitus #41 (a Habitus House of the Year special edition), and keep an eye out for Indesign #75 – on sale on 15 November!