Potocco Celebrates A Century Of Detail And Craft

Potocco made an impression in Salone with blended indoor and outdoor spaces that embraced the contemporary and celebrated wood crafting and customisation traditions – a fitting presentation for its 100th anniversary.

There was something different about Potocco’s stand at the Salone del Mobile this year. There was a stronger sense of today’s blended indoor and outdoor spaces expressed in both the stand (its various spaces edged by soothing plants) and the design direction of the products. 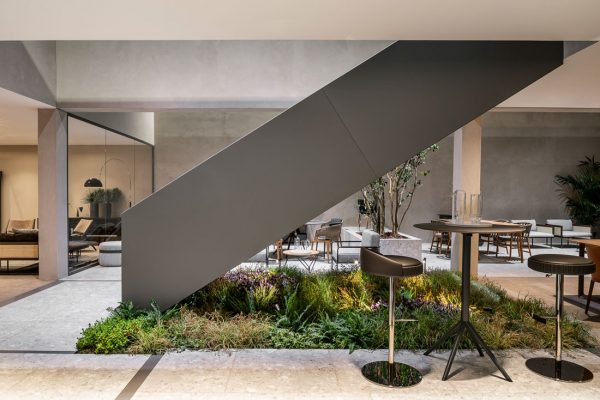 But shining through, as always, was a definite sense of Potocco’s heritage of craftsmanship.

This was a presentation befitting the Italian brand’s celebration of its hundredth anniversary – a moment marking the celebration of wood crafting and customisation traditions that sit at the heart of Potocco, as well as an embrace of the contemporary. There was the feeling of a brand that is strengthening – as evidenced by the 35-per-cent annual growth Potocco enjoyed in 2018.

Milan-based American architect Tim Power was responsible for the impressive renewal of brand expression through the stand. His interpretation of the company spirit created a fitting backdrop to the presentation of fresh new pieces that fuse geometric rigour with organic sinuosity, indoors and outdoors – but always with a sense of Potocco’s artisanal tradition and discreet elegance.

Potocco’s story began in 1919 with Domenico Potocco, the great grandfather of the company’s current President. He opened a small workshop in Italy’s so-called ‘Chair District’ of Udine, where he and his children produced chairs using the artisanal techniques for which the region is known.

Domenico’s son Antonio (and his son Valerio) introduced industrial-scale production in the 1950s, and in 1961 Potocco’s first factory was opened in Manzano. This was also the very first year of the Salone del Mobile, and Potocco was there as a founding partner.

In the 1979s, Potocco began creating its own collections as well as an exclusive range for Milan’s La Rinascente department store. A second production plant was opened in 1974, and in 1980 Valerio and his son Antonio established Potocco S.p.A. – known today for its home and contract furnishings and led by Antonio and his daughters Alice and Marianna. 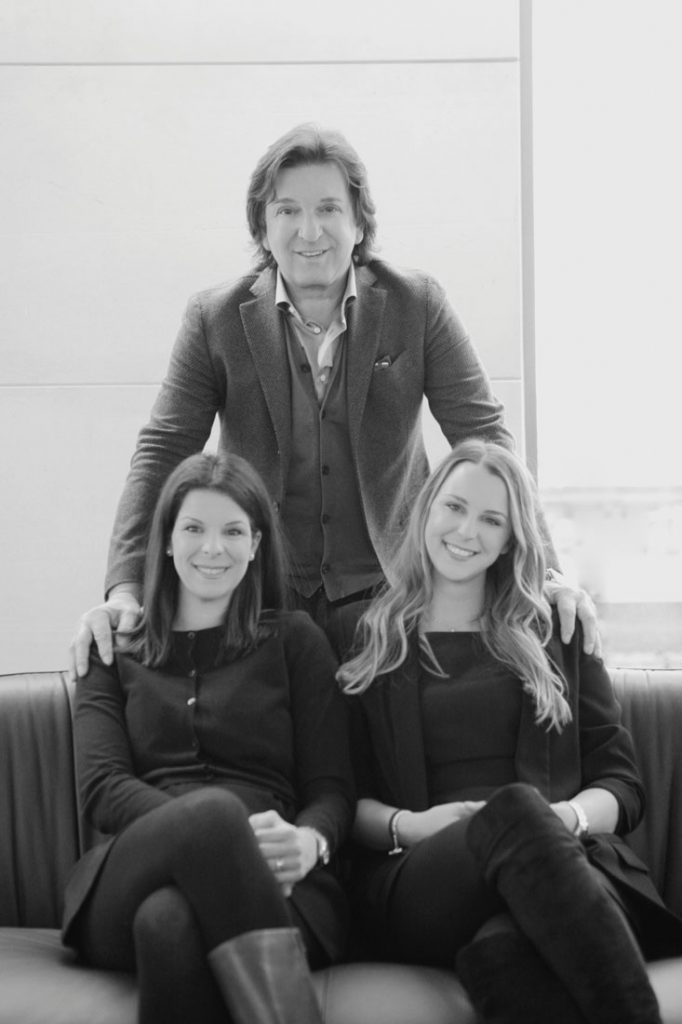 A constant that has persisted throughout the century till today is a particularly careful approach to details that’s typical of handmade processes. Because Potocco manages all its production stages internally, it has developed a wealth of techniques that span the handcrafted and the industrial. 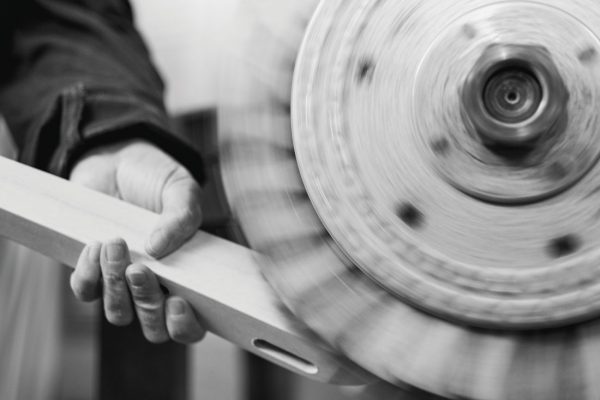 Its centralised production has also allowed it to satisfy every customer need through a tailored approach and to ensure that is always at the highest possible standard. With the smallest details given due attention and production monitored at every stage, the outcome is akin to a tailor-made suit.

Among Potocco’s novelties this year are KEEL (a sinuous outdoor chair uniting wood and metal with gentle curves that reference the keel of a boat, designed by M+V); STAY (a 1950s-inspired upholstered armchair with reassuringly thick backrest and seat pads, designed by Storagemilano); DOCK (a minimal slatted outdoor table with a slim and airy appearance, designed by Davis Lopez Quincoces); and CUT (a nest-like lounge armchair resting atop a modern tracery of thin aluminium, designed by Stephen Veit). 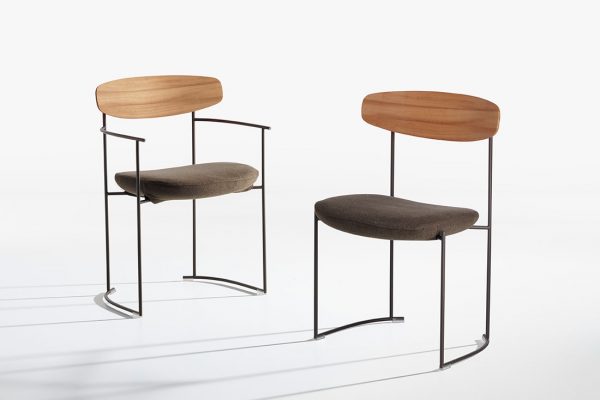 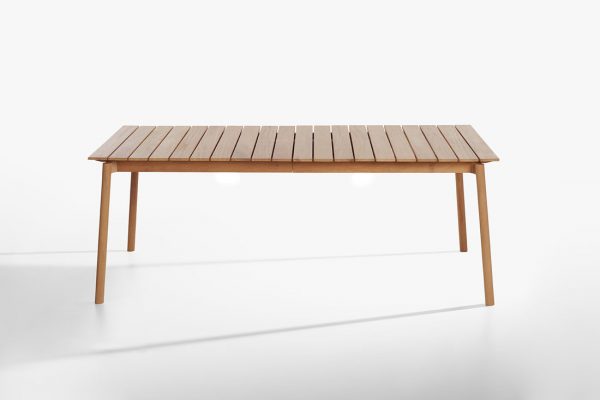 Find out more about these and Potocco’s many other 2019 novelties at Royal Interiors. 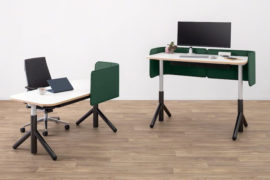