An exhibition at National Gallery Singapore curates artworks created against the backdrop of post-war rapid development in Southeast Asia. 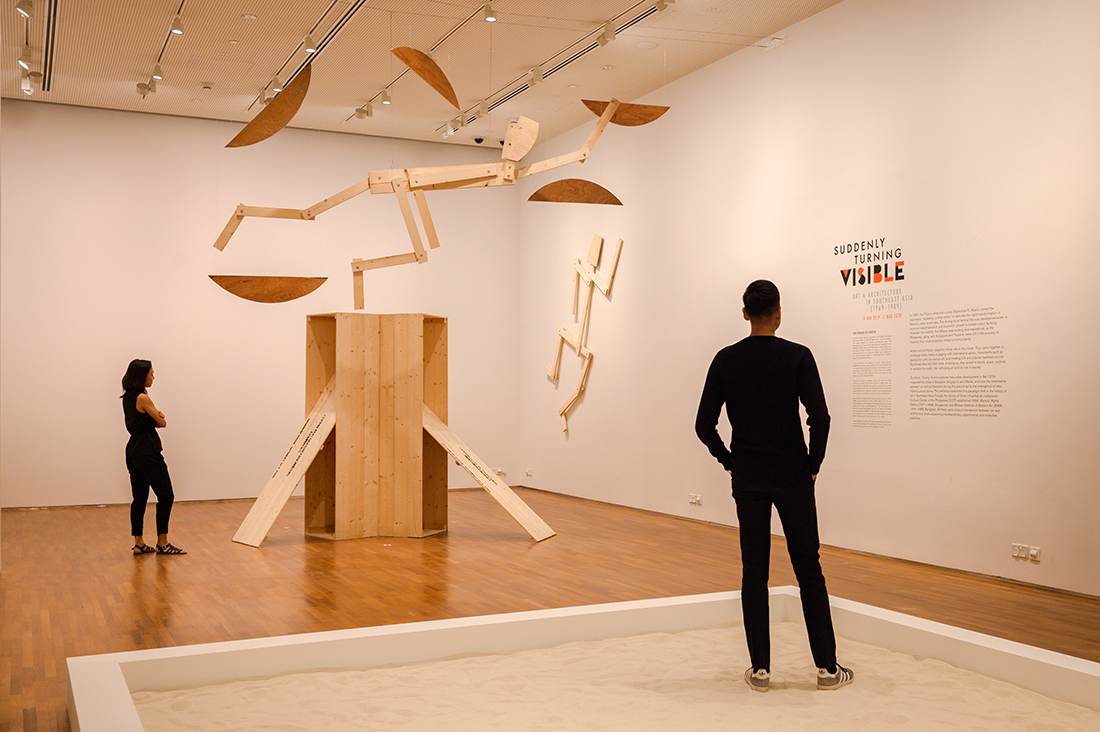 Suddenly Turning Visible: Art and Architecture in Southeast Asia (1969– 1989) gathers art created within said period through the lens of three prominent art institutions: The Alpha Gallery in Singapore; the Cultural Center of the Philippines (CCP) in Manila and the Bhirasri Institute of Modern Art (BIMA) in Bangkok. Each institution saw the involvement of local architects who perceived art as a mode of expression beyond their disciplines. 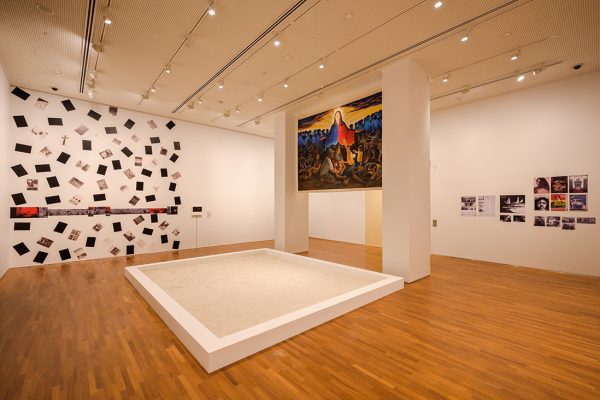 Highly influential back then, the now-defunct Alpha Gallery was founded by Penang-born architect, Lim Chong Keat. The gallery was never state-funded and relied on sales and private patrons—a self-sufficient model enabled it to drive abstract and experimental art practices independently in post-independent Singapore.

In 1965, Lim commissioned figurative painter Khoo Sui Hoe to create an artwork for the former Singapore Conference Hall (gazetted a national monument in 2010) that he designed. Khoo’s Children of the Sun, 1965, was the largest public art commission at the time, signifying an early injection of art in Singapore architecture. Other notable works on display bear strong Bauhaus influences, revealing the cultural inclinations of creators at the time.

Against the backdrop of a repressed regime, art is an inevitable expression. Unsurprisingly, works put forth by Filipino artists during said period reveal dissent against the martial law under Ferdinand Marcos. KAISAHAN’s State of the Nation, reconstructed for this exhibition, records social injustices while David Medalla’s Kumbum, 1971−1972, composed of 100 newspaper and magazine articles, documents political contradictions and works of silenced media—eerily reflective of the current state of affairs.

It is telling to note that the CCP, with its cantilever Brutalist volume designed by the late architect Leandro Locsin, was established by Marcos himself who saw to the Center’s experimental practices and programming as a mode of ‘globalising’. Roberto Chabet’s plywood installation Tatlin and Co.,1984, remade 2012, and former CCP director’s Raymundo Albano’s Step on the Sand and Make Footprints, 1974, exemplify that. 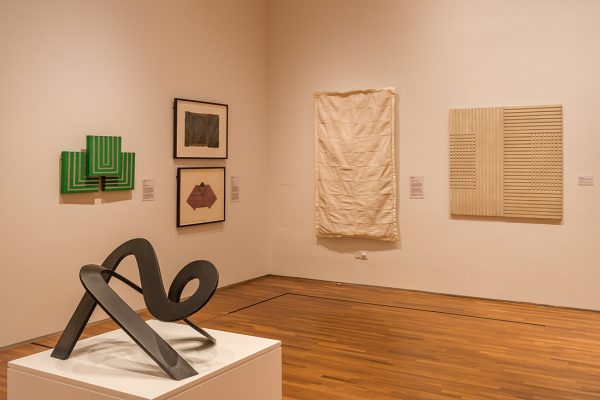 In Bangkok, the BIMA, designed by Mom Luang Tridhosyuth Devakul, was pivotal in reinventing the format of art in Thailand. Vasan Sitthiket’s Sickness Age, 1985, portrays three plywood coffins stencilled with names of Margaret Thatcher, Ronald Reagan and Mikhail Gorbachev—all three icons of globalisation then. The piece is set against Dancing Man, 1985, representing disoriented farmers in an economically-booming Bangkok, speaking out against neoliberalism.

Song of the Dead, 1985, was groundbreaking in challenging the format of art and the conventional white cube in Thailand. Kamol Phaosavasdi concealed the walls of the BIMA with photocopies of Western art and junk. The opening saw a performance that culminated with projections of Andy Warhol’s Marilyn Monroe splashed with black paint, portraying a desire to shift away from Western influences and traditional Thai expression.

As one reflects on the diverse trajectories of art and architecture in Singapore, Manila and Bangkok today, there are lessons to be gleaned from past sentiments of rapid globalisation and development in the three nations to forge ahead.