Here and Nau: Contemporary Furniture From Australia In Singapore

On the 23rd of January 2018, Singapore had the opportunity to discover the impressive Nau furniture range up close at the opening of a special exhibition at The Arts House. Presented in collaboration with Edouard Malingue Gallery (Hong Kong/China), FOST Gallery (Singapore), ROH Projects (Indonesia) and Silverlens (Philippines), the exhibition placed Nau products with contemporary artworks in a series of spaces that invited exploration and discussion. 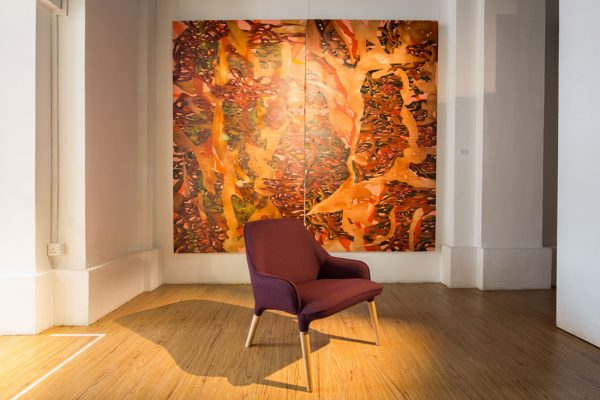 Munao established Cult in Sydney in 1997 as a retail company but has gradually built a product development arm for the company. Goodrum worked on Cult’s first exclusive collection of Australian furniture called AG x Cult – a capsule collection launched in 2014. Nau was born with the aim of bringing Australian design to the world. Other designers whose work is in the Nau collection are Adam Cornish, Jack Flanagan and Gavin Harris. 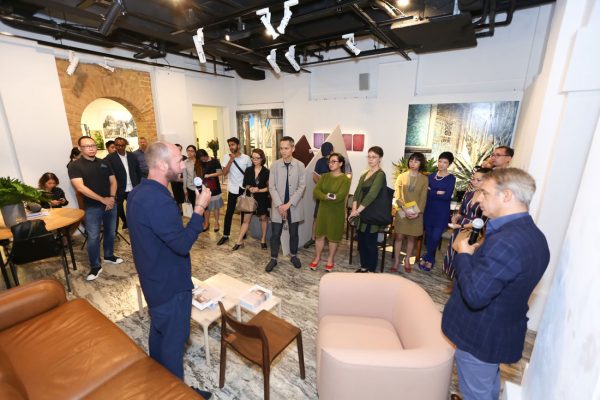 At the exhibition opening, Munao recounted Cult’s history and the development of the Nau brand, with Goodrum elaborating on the birth of particular pieces. The collection came about quickly, explained Goodrum, because there was a lot of cohesion between designer, craftspeople and local manufacturers in Australia.

The Bower lounge and armchair, for example, was developed after a lunchtime conversation between Munao and an architect friend revealed that the latter simply couldn’t find the right piece of furniture for a project. Bower became Goodrum’s exploration of how to break away from the rigidity of much office furniture. He describes Bower as embodying “a strong acoustic focus and a friendly language.” 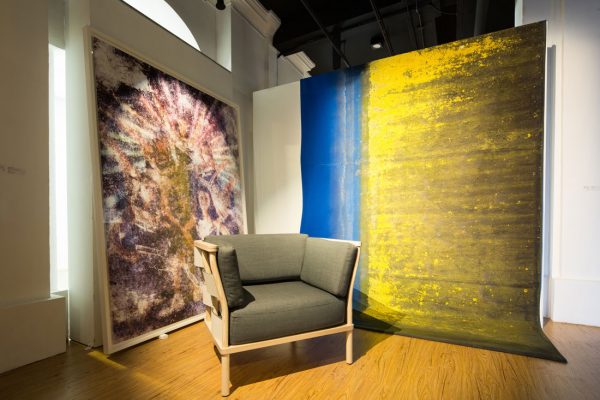 Goodrum recalled the excitement of exhibiting in New York recently, and how thrilled he was to find out that some of his designs were already appearing on interior designers’ mood boards. “We’ve also had direct approaches from a number of Asian countries,” said Munao. “There’s been an amazing response to Nau.”

Just as Nau’s current collection grew from the alchemy of context and need in Australia, Munao hopes that Singapore will become a breeding ground for Nau products in future. “It’s a hop, step and a jump from Australia to Asia,” he said, “and we’re enthusiastic about our potential here.”