It’s almost here… Next week is Milan Design Week! Keep your finger on the pulse with this selection of must-see installations at the Fuorisalone. 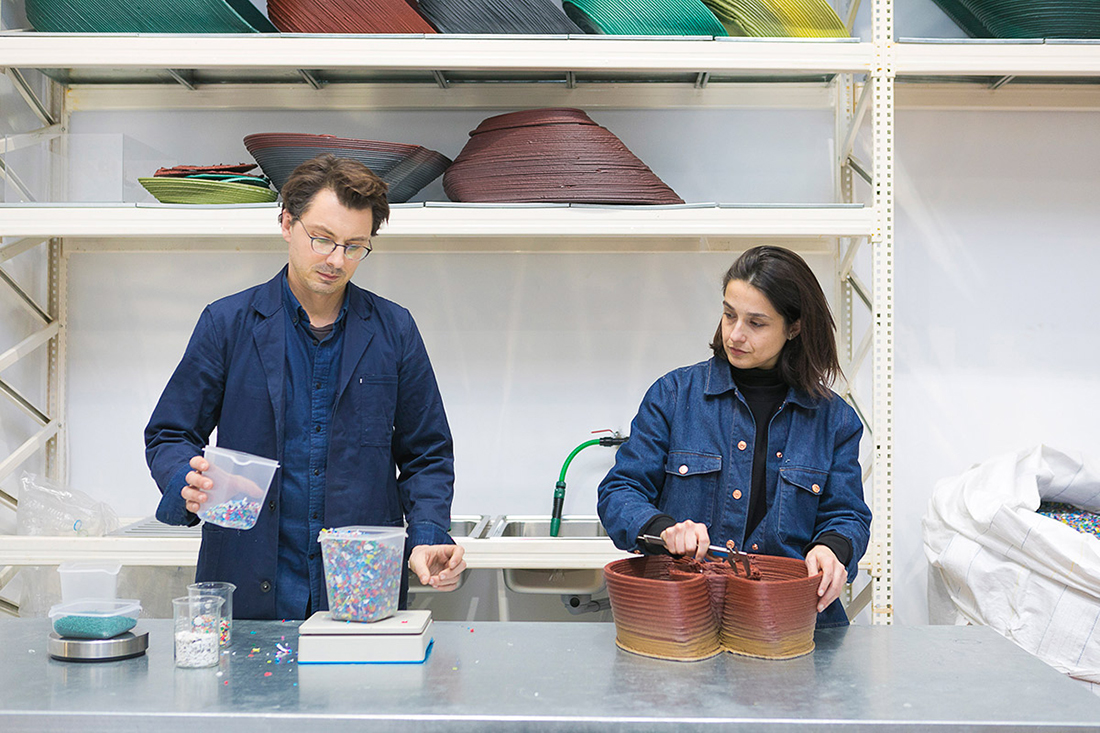 The Manzoni by Tom Dixon 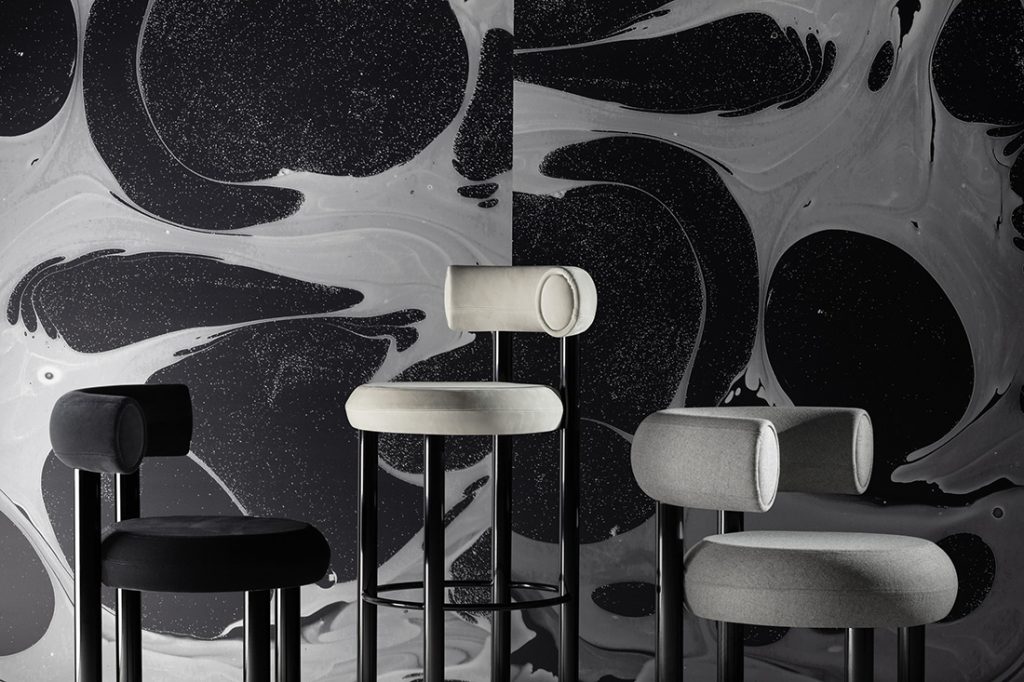 He took a year off from Milan last year, but he’s back with another novel way to engage with design products. This year Tom Dixon is opening a restaurant, The Manzoni, which will continue to operate (also as a showroom) after Milan Design Week. It’s a live setting for design embedded in the city, and will present Tom Dixon’s new Fat chairs, Opal globes and Spring pendant lamps. 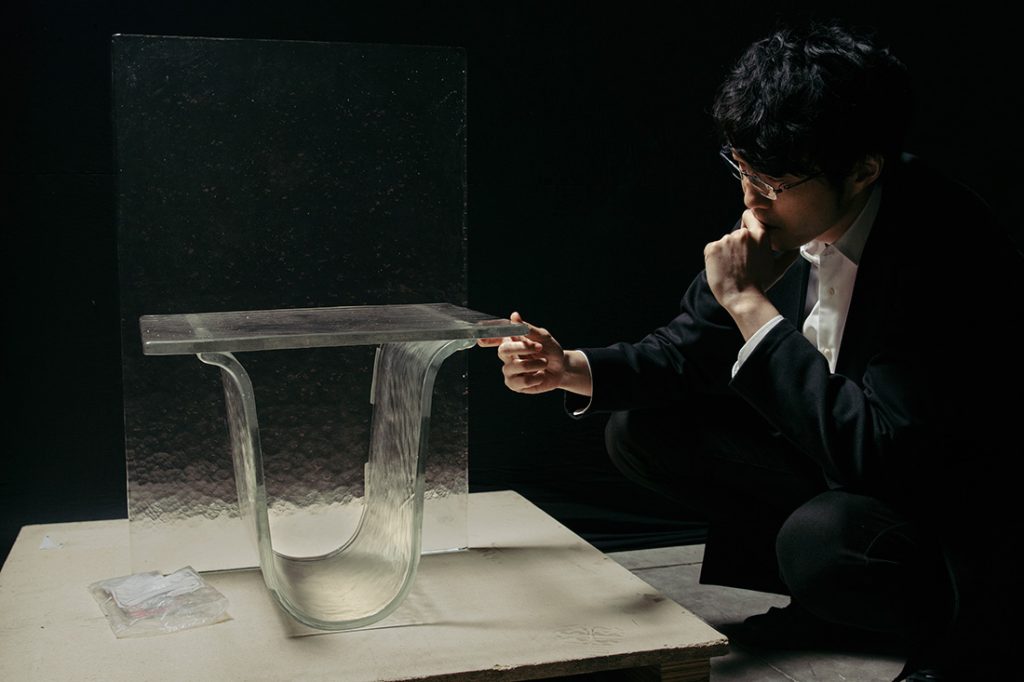 Gravity-formed chandeliers and cast glass furniture and tabletop objects make up nendo’s Melt collection for WonderGlass. Oki Sato wanted the material (molten glass) to direct the design process. This resulted in a method of laying hot glass sheets over steel shapes, then suspended between steel bars to allow the natural drape of the material to reveal its form.

Affinity in Autonomy by SONY 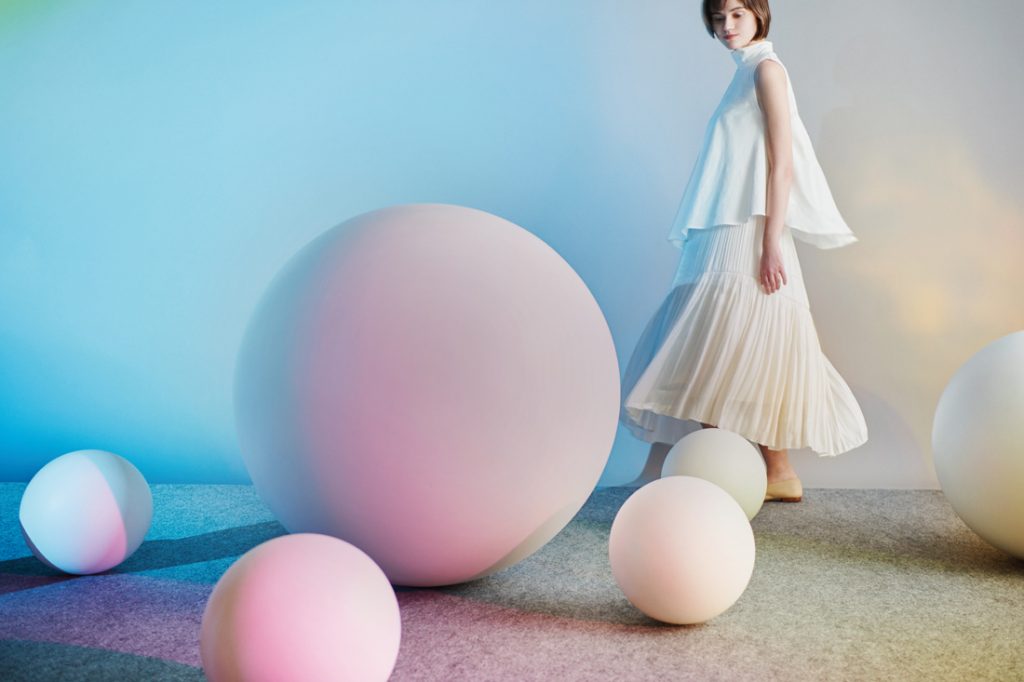 Can humans have a positive and enriching experience of life with robotics? Emotion is at the centre of SONY‘s Affinity in Autonomy installation, which explores a future for robotics that involves a feeling of vitality and positive encounters.

Find it at: Spazio Zegna, Via Savona 56/A 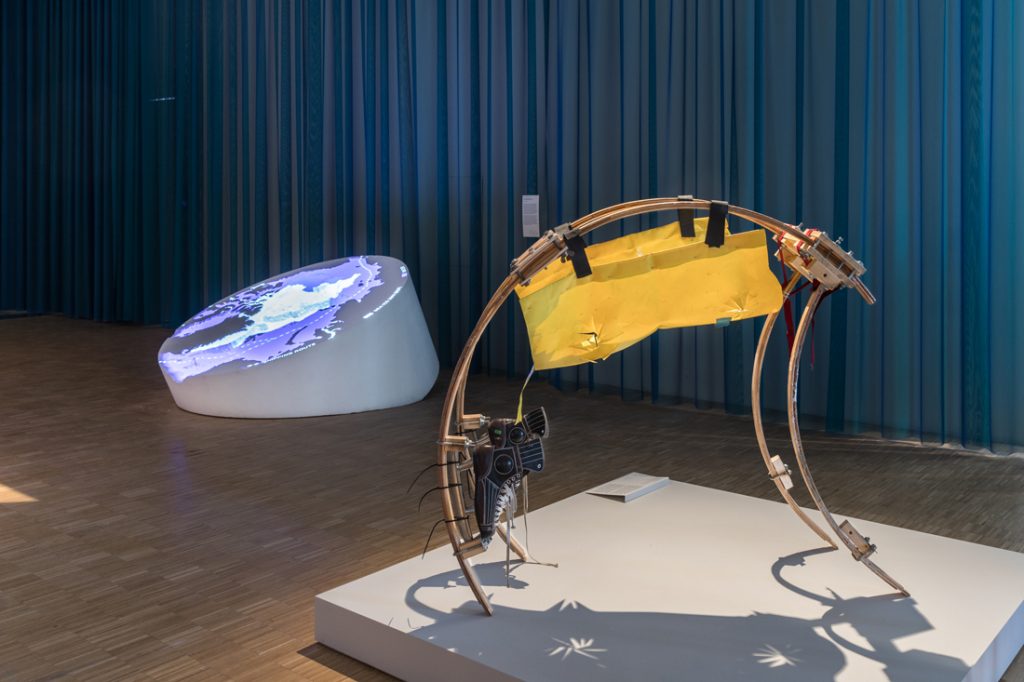 Curated by Paola Antonelli (MOMA), Broken Nature is an in-depth exploration of the strands that connect humans to the natural environment – strands that have been intensely compromised, if not entirely severed, over the years. The exhibition at the Triennale Milano underlines the concept of restorative design, highlighting objects and concepts at all scales that reconsider human beings’ relationship with their environments, including natural and social ecosystems. 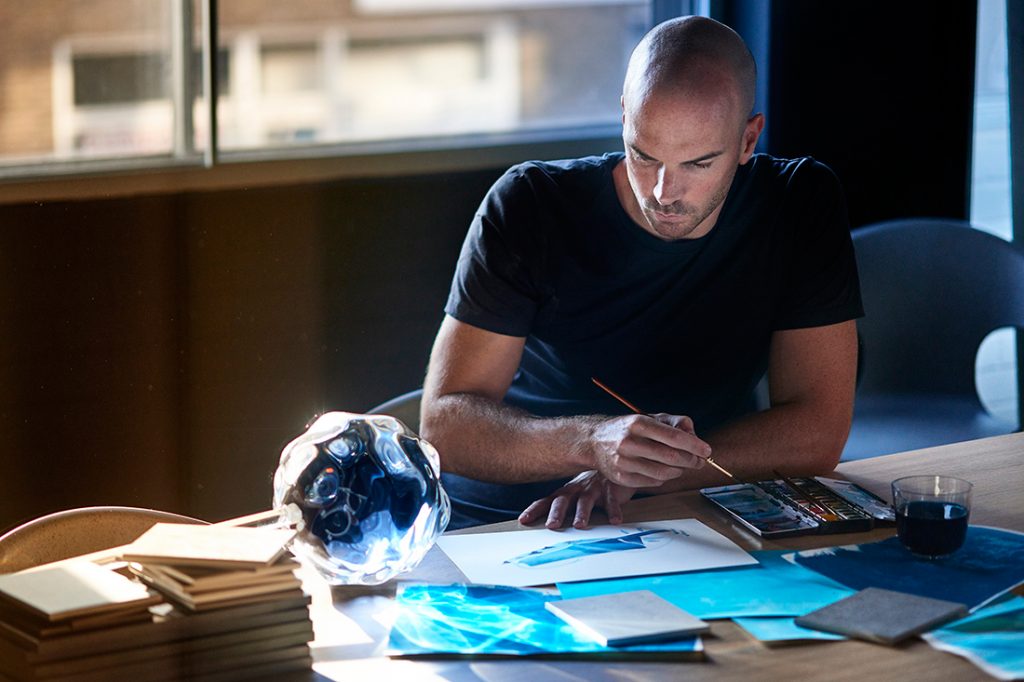 Cosentino collaborates with Benjamin Hubert of LAYER for this immersive installation showcasing the material qualities of Cosentino’s Dekton® surface material. Raytrace presents a 25-metre-long, six-metre-high triangular passage composed of Dekton® in which refracted light effects will give the sense of being underwater. Raytrace will be exhibited in the historical vaulted warehouses beneath the Central Train Station as part of Ventura Centrale.

Find it at: Ventura Centrale, Via Ferranti Aporti 27 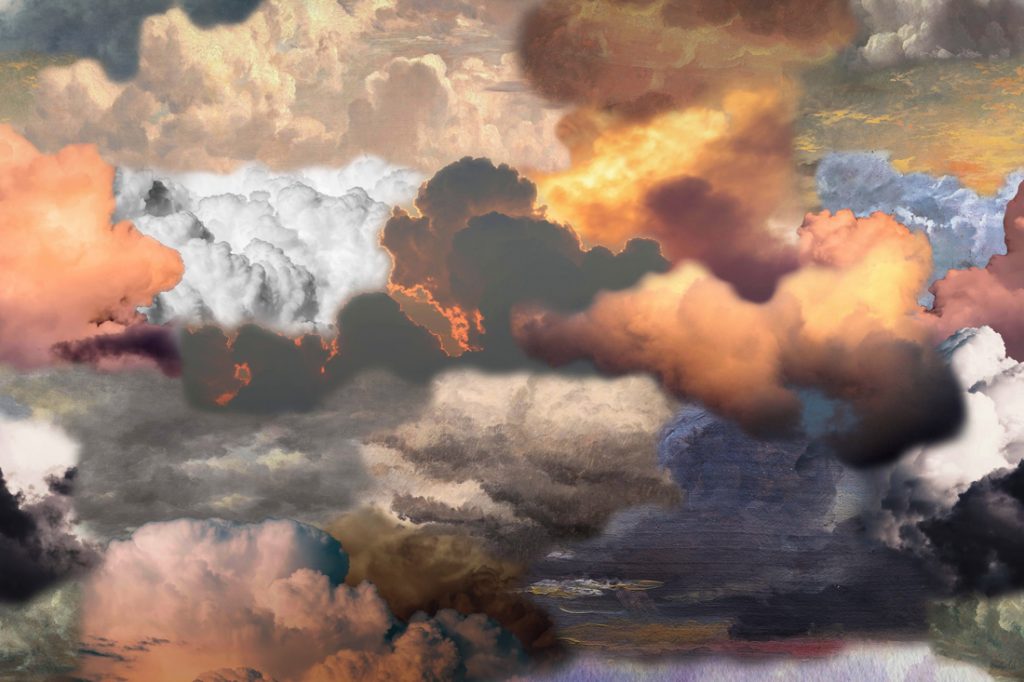 ‘Walking On Clouds’ carpet by Front for Moooi

Moooi moves to Brera this year, and it’s a Life Extraordinary exhibition promises to be another sense-tickling experience with novelties such as a singing chandelier titled The Party by Kranen/Gille, The BFF Sofa by Marcel Wanders and new carpets and wall coverings.

Find it at: Mediateca St. Teresa, Via della Moscova 28

The 5Vie district in the heart of old Milan town will be focused even more on experimentation this year. The broad spectrum of exhibitions will explore a multitude of themes. A few that are on our radar: 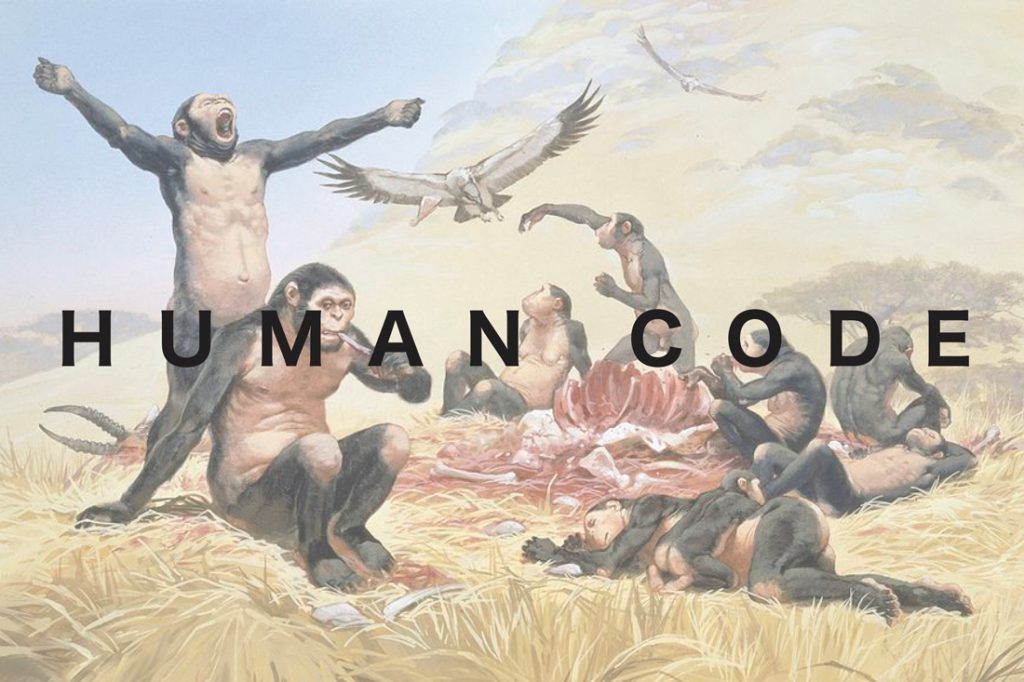 An autobiographical project by the Milanese designer that brings together anthropology, technology, data analysis, and experimentation with processes and materials, as well as memories. The exhibition traces the most important stages of human evolution and suggests that the current Anthropocene age actually began with the earliest humans, who have always had an antithetical relationship with nature. 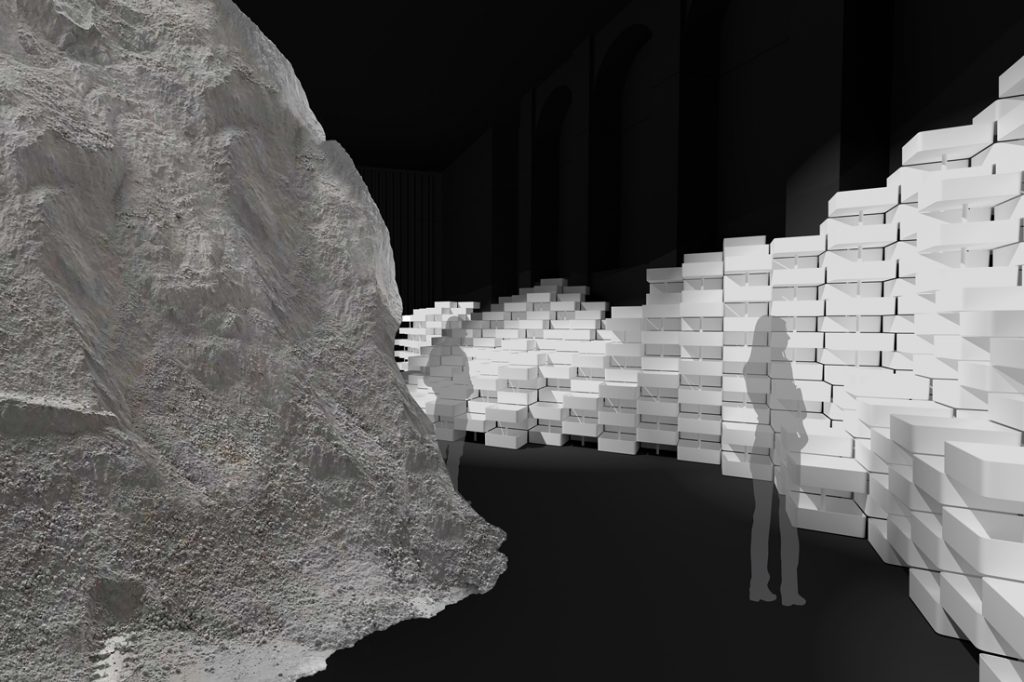 Laufen draws on Snarkitecture’s ability to stimulate the senses and the imagination, with a conceptual and experiential survey of Laufen’s history and future via materials and finished products. The materials shaped by Laufen are the ingredients of Snarkitecture’s installation that narrates the world of Laufen in a novel way.

Find it at: Teatro Arsenale, Via Cesare Correnti, 11 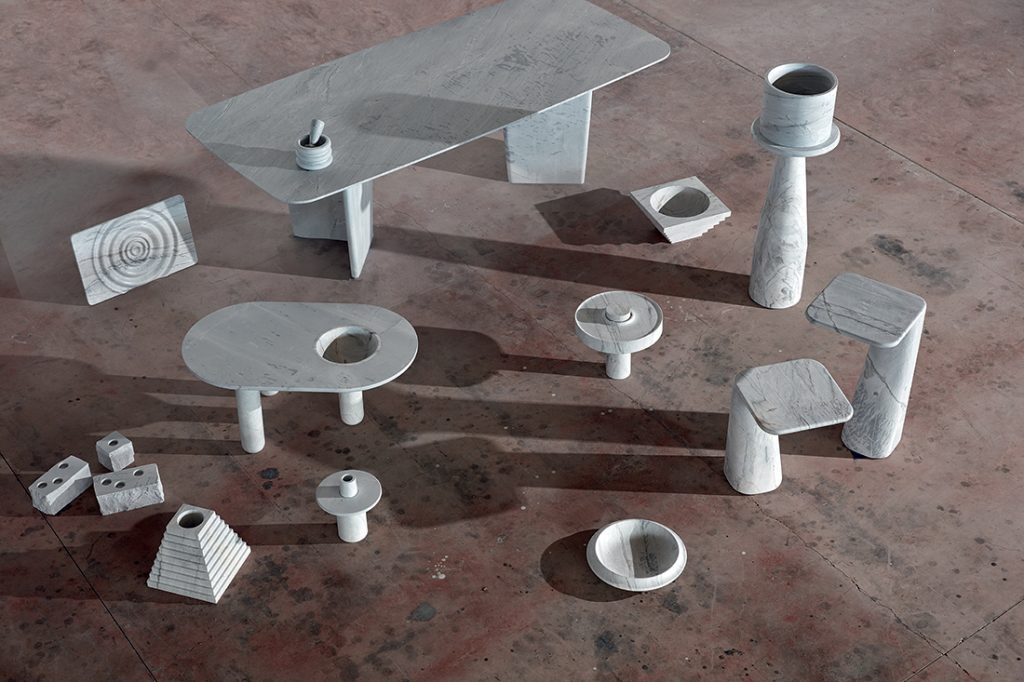 New Volumes by various designers for Artedomus, part of the ‘LOCAL DESIGN – LOCAL MILAN No.4’ show

Find it at: Via Cesare Correnti, 14 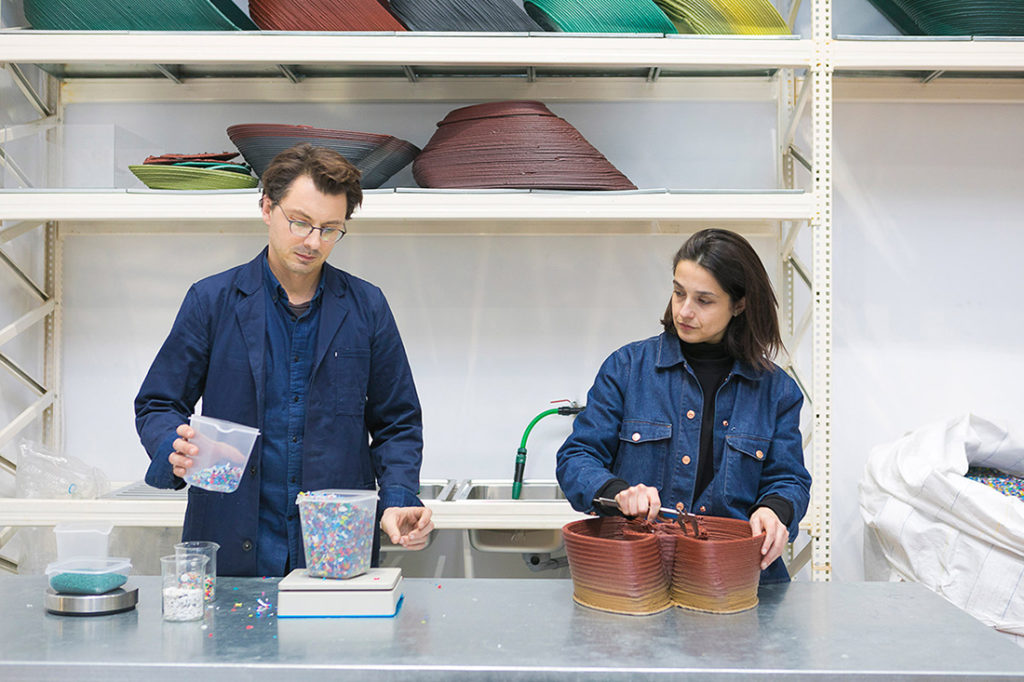 Winners of the first edition of Rossana Orlandi’s Ro Plastic Prize will be announced on 10 April alongside an exhibition of some of the entries. The prize challenges designers to re-use, recycle and reinvent plastic and reduce its environmental burden.

GEO–DESIGN: ‘Alibaba. From Here To Your Home’ by Design Academy Eindhoven 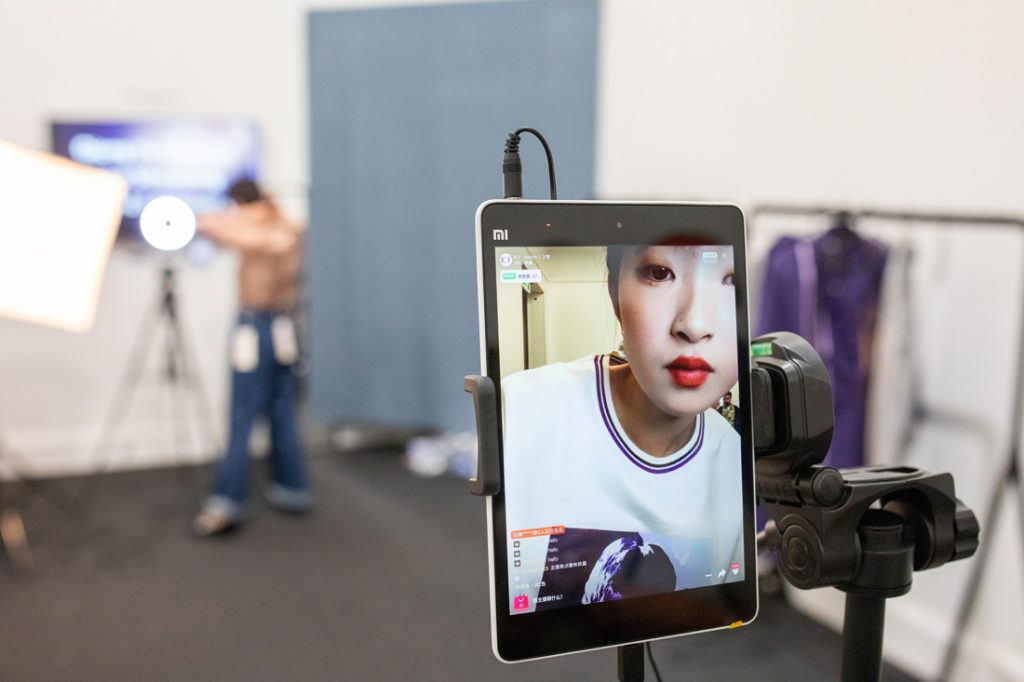 GEO-Work by Jing He for the Design Academy Eindhoven’s GEO–DESIGN exhibition. Photo by Marcel de Buck

This exhibition of nine projects by Design Academy Eindhoven alumni explores how design can become a tool to investigate contemporary geopolitics on a global scale. The focus is Alibaba as a colossal phenomenon shaping the world through digital, social, and logistical networks. The projects investigate how design intersects with journalism, artificial intelligence, open data, politics, labour, and entertainment.

Find it at: Via Marco Aurelio 21

Follow all our Milan Design Week coverage, including all the latest products at the Salone del Mobile, with daily updates on Indesignlive.sg and via #MilanIndesign2019.