Junya Ishigami plays with perceptions of natural and human-designed structures with a sweeping slate canopy for the Serpentine Pavilion 2019.

Some of the world’s most celebrated architects have been invited to design a temporary pavilion on the Serpentine Gallery’s lawn in Kensington Gardens in London. This year, Japanese architect Junya Ishigami became the nineteenth architect to accept the invitation.

His design, which will stand from 20 June to 6 October 2019, reflects the experimental approach for which he is celebrated. It articulates his ‘free space’ philosophy in which he seeks harmony between human-made structures and those that exist in nature. 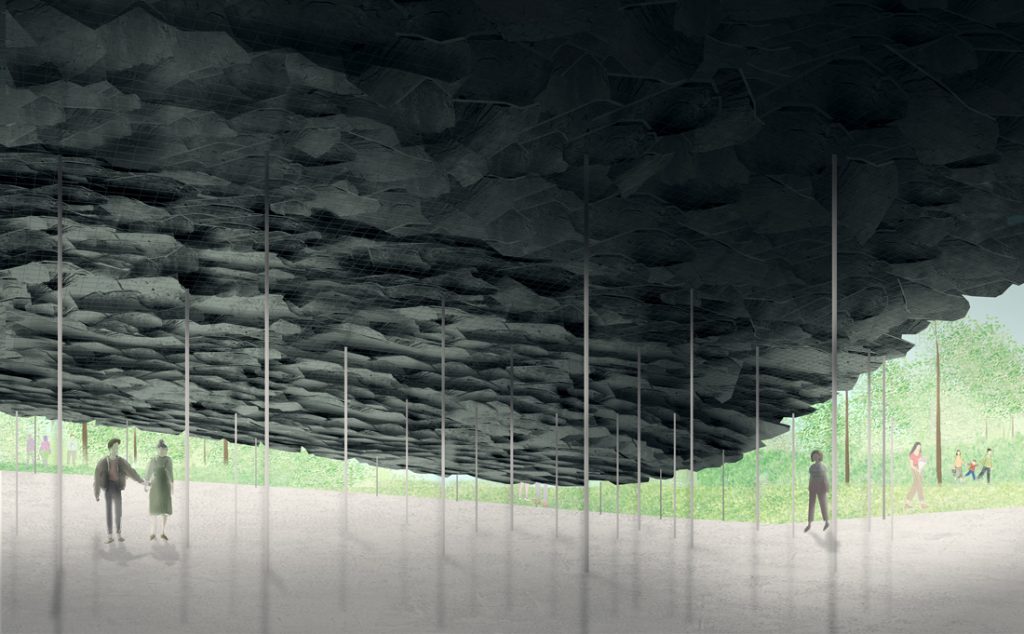 Ishigami’s design, like much of his work, marries a reflection on natural phenomena with an interpretation of traditional architectural conventions. In this case, he has drawn inspiration from roofs – specifically slate roofs.

His design for the Serpentine Pavilion 2019 arranges a multitude of pieces of slate into a single roof canopy that appears to emerge from the park. Beneath the canopy will be a cave-like refuge space.

Says Ishigami, “My design for the Pavilion plays with our perspectives of the built environment against the backdrop of a natural landscape, emphasising a natural and organic feel as though it had grown out of the lawn, resembling a hill made out of rocks.” 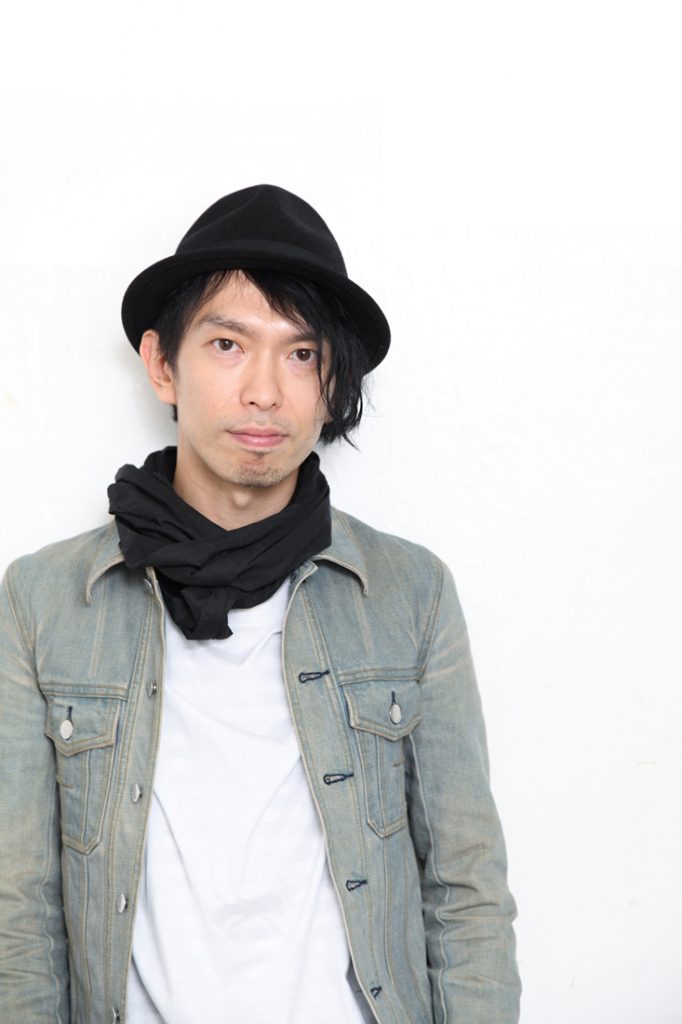 He continues, “This is an attempt to supplement traditional architecture with modern methodologies and concepts, to create in this place an expanse of scenery like never seen before. Possessing the weighty presence of slate roofs seen around the world, and simultaneously appearing so light it could blow away in the breeze, the cluster of scattered rock levitates, like a billowing piece of fabric.”

“Possessing the weighty presence of slate roofs seen around the world, and simultaneously appearing so light it could blow away in the breeze, the cluster of scattered rock levitates, like a billowing piece of fabric.”

Say Obrist and Peel: “The Pavilion and its accompanying program will be central to the Serpentine’s Grand Ecology strand – an ongoing investigation into complex systems, interspecies landscapes and the environment. Alongside this year’s Pavilion, we are thrilled to simultaneously launch Serpentine Augmented Architecture, with Google Arts and Culture, where a winning submission for an unrealised project will be on display. Both projects bring to life a brilliant conjunction of experiments in technology and creative vision.” 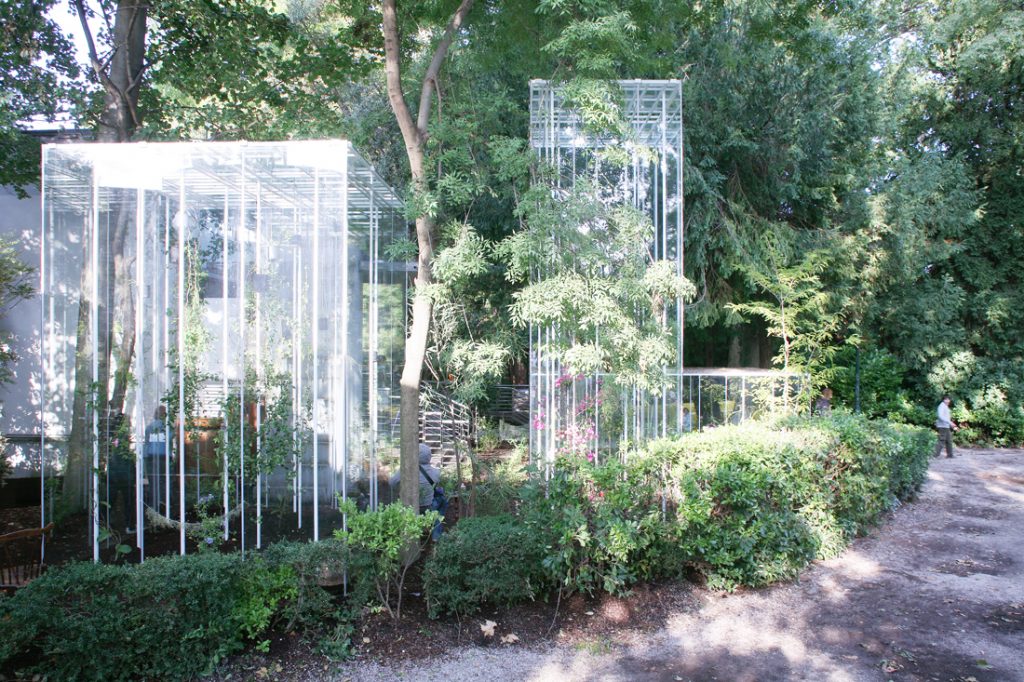 Ishigami founded his firm Junya Ishigami + Associates in 2004 and has recently been working on projects such as the redevelopment of the Russian Polytechnic Museum in Moscow; the Park Groot Vijversburg Project in the Netherlands; and residential projects in Dali, China. In 2014, Ishigami was appointed as the Kenzo Tange Design Critic at the Harvard Graduate School of Design. He also teaches at Columbia University. 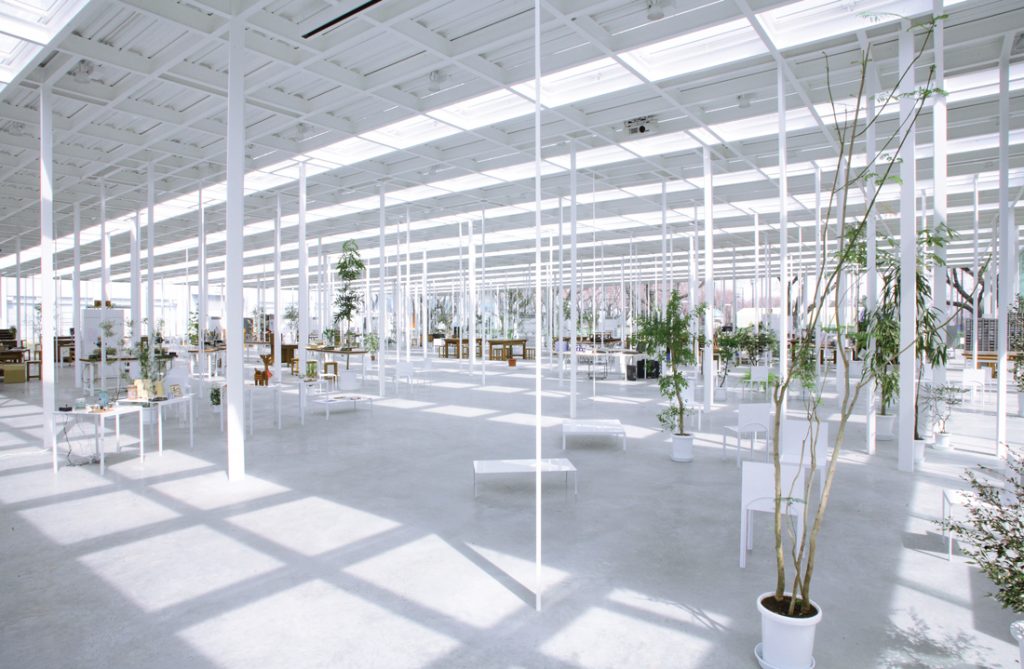 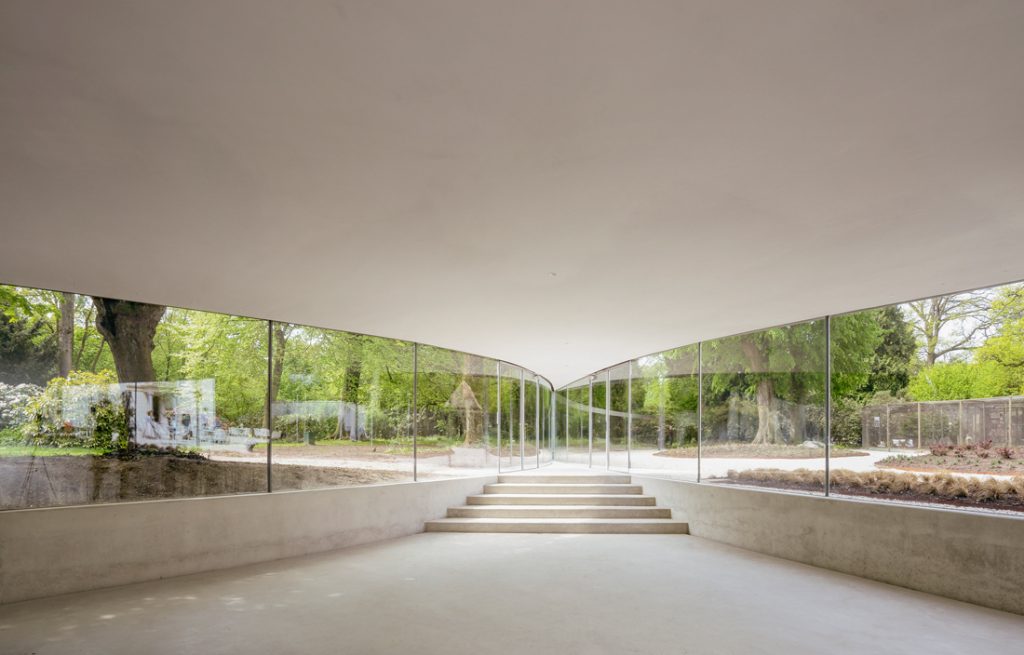 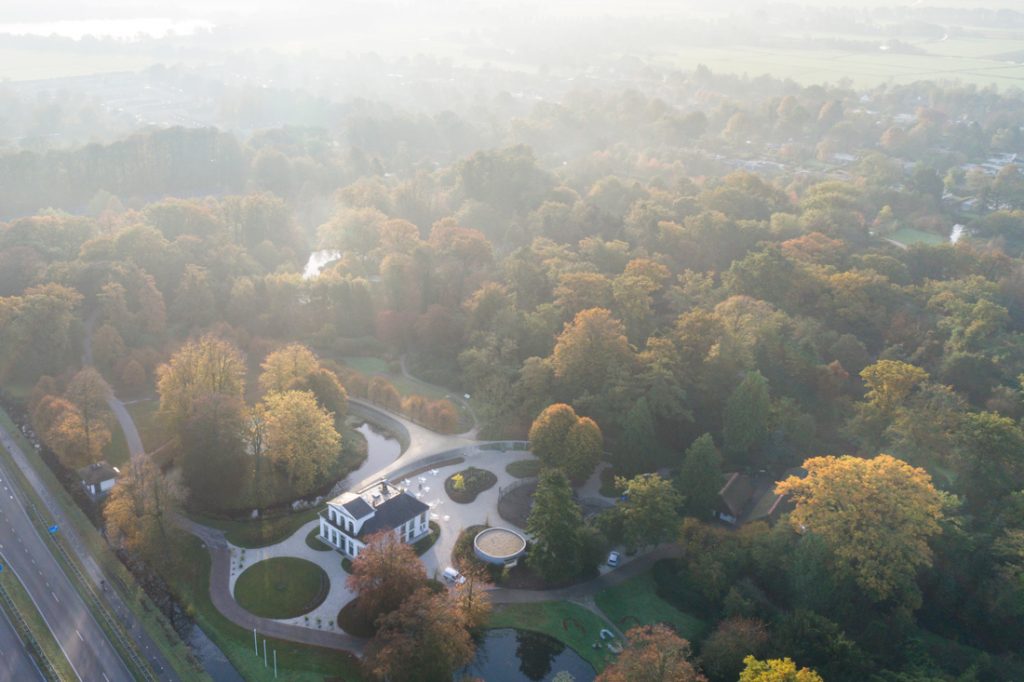