The ‘Counterpoint’ exhibition at Hong Kong’s M+ Pavilion sees Vo’s work in dialogue with that of the famed Japanese-American designer and artist. We speak to M+’s Chief Curator about the exhibition and how it came about.

Isamu Noguchi was one of the most relevant designers and sculptors of the twentieth century, and Danh Vo is one of the twenty-first century’s most influential conceptual artists. When Doryun Chong learnt, then, that Vo had been researching Noguchi’s work for a number of years, he realised he had the beginnings of an exhibition that would be perfect for M+ Pavilion.

“Both Noguchi and Vo are what we call ‘anchor artists’ at M+,” says Chong, Deputy Director and Chief Curator at Hong Kong’s M+ Museum, which will reside in M+ Pavilion until sometime in 2019, when it will move to its permanent home. “Their practices embody cross-cultural and avant-garde exploration, and internationalist and cosmopolitan spirits, which are very much of interest to and in line with M+ as a globally minded institution based in Asia.” 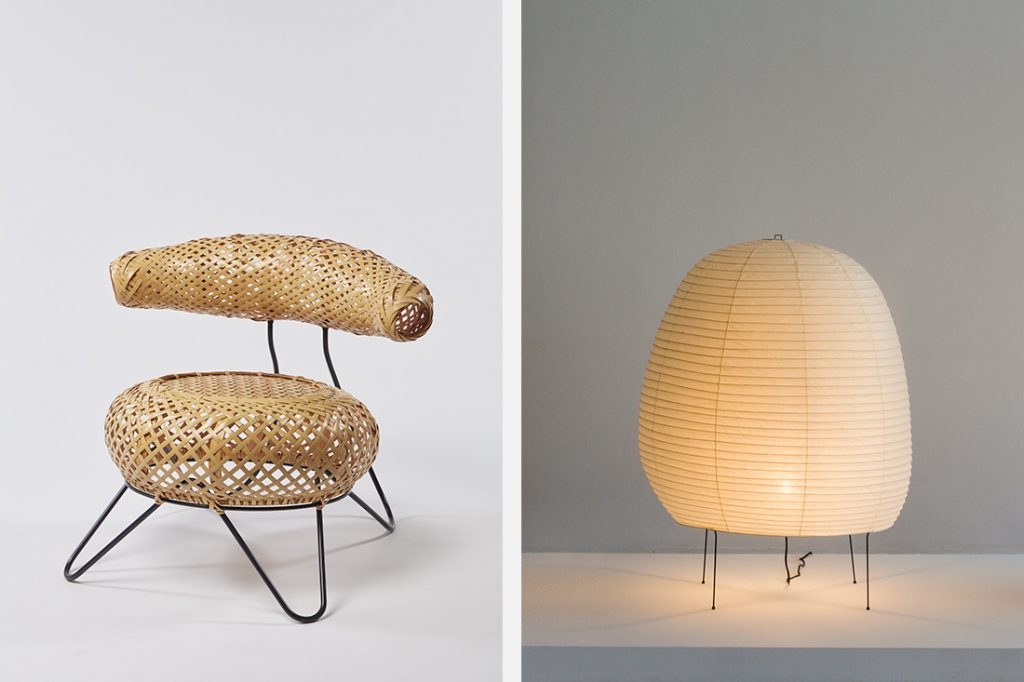 Some of Japanese-American artist and designer Noguchi’s works are still in production today, found in homes around the world – and, sadly, much copied. There is the Noguchi coffee table, which consists of an organically triangular glass surface sitting atop a curved, wooden base. Then there are his easily recognisable Akari Light Sculptures, still produced by Vitra – “bamboo and paper lanterns, which he saw as collapsible, affordable sculptures,” says Chong. “His ‘playscapes’ are also an extremely important example in twentieth-century design – not only in terms of their forms, but also their utopian philosophy. Many gardens he realised, such as the Japanese Garden at the UNESCO headquarters in Paris, and the sculpture garden at the Israel Museum, are iconic monuments.”

.
“Their practices embody cross-cultural and avant-garde exploration, and internationalist and cosmopolitan spirits, which are very much of interest to and in line with M+ as a globally minded institution based in Asia.”
– Doryun Chong, Deputy Director and Chief Curator, M+ Museum
.

Meanwhile, Danish-Vietnamese artist Vo explores social, cultural and historical themes such as identity, appropriation and fragmentation, and belonging through his installations and conceptual artworks. “His deeply affecting and poetic work not only brings awareness to great political forces of imperialism and colonialism, but also gives dignity to histories of individual lives – including other artists – and to marginalised craft traditions,” says Chong. 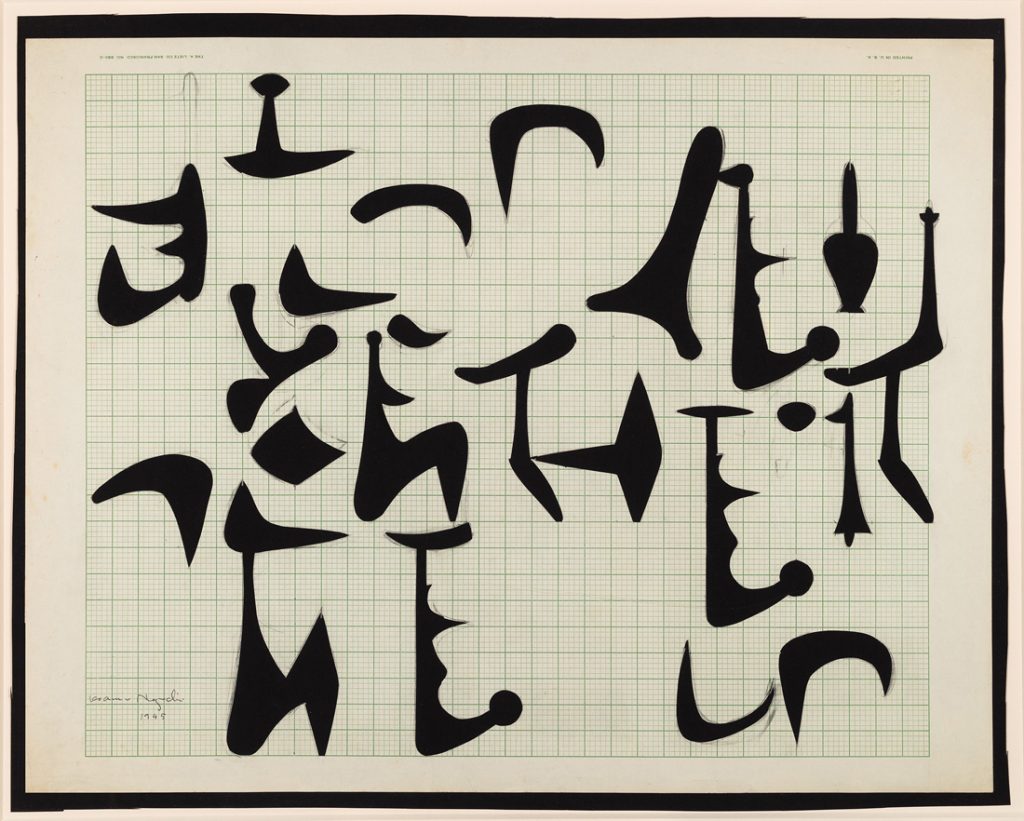 For the M+ exhibition, Chong worked with Vo and Dakin Hart, Senior Curator at The Noguchi Museum in New York, to pick a selection of Noguchi’s seminal works from the 1920s to the 1980s. The 30-something works chosen include design objects such as the Noguchi coffee table, Rudder table and Akari lights, as well as stone and metal sculptures.

“We are installing the works not in a typical chronological display, but in a very open, free-flowing arrangement, inspired the Chinese painting leitmotif of a scholar’s pavilion and garden. We feel that this tightly selected group of works will be a good introduction to the versatility and multi-faceted nature of Noguchi’s work, which can also be a surprise to those who are familiar with Noguchi in terms of industrial design or fine art,” says Chong.

This is part one of the exhibition, which sits in the M+ Pavilion gallery; part two consists of two modified containers housing a selection of Vo’s work from the past decade. “We wanted to make a stark contrast between a white cube and a rather ‘rough’ display space,” says Chong. 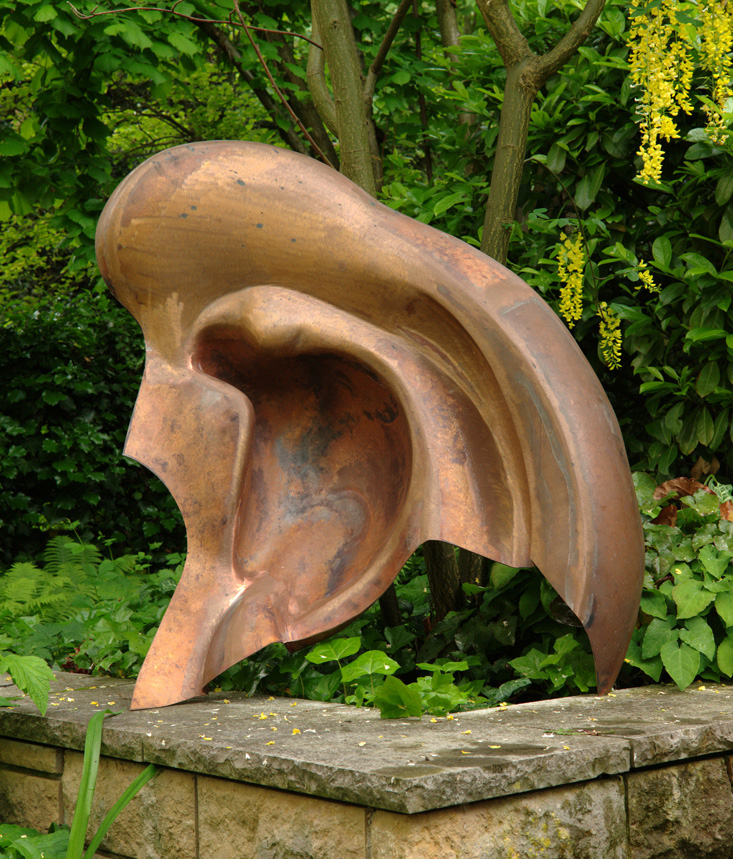 Putting this exhibition together hasn’t been without its challenges; many different threads had to come together. Including, says Chong, “loaning important historical works of Noguchi’s from the Noguchi Museum, figuring out how to install container display spaces outside the exhibition building… And making new fabrications – such as the ‘Dong pavilion’ and a whole group of round bases inspired by Enzo Mari’s autoprogettazione, another brilliant artistic intervention by Danh!”

Despite its challenges, Chong says it has been a pleasure to work on, and it’s set to be a fascinating dialogue between past and present, art and design, Vo and Noguchi. Chong is particularly excited to present some of Noguchi’s galvanised steel sculptures from the 1980s, “which I believe are much lesser-known than his stone sculptures. Danh is [also] making a new work, a modified pagoda that’s based on a traditional communal architecture found in Dong people’s villages in the mountainous region of the Guizhou Province.”

Counterpoint: Isamu Noguchi and Danh Vo will run from 16 November 2018 to 22 April 2019 at M+ Pavilion in the West Kowloon Cultural District. The exhibition will be open from 11am to 6pm Wednesday through to Sunday each week, as well as on most public holidays. Visit westkowloon.hk for more information.