Various strategies for anticipating, preventing and recovering from shocks and stressors in Asia’s cities were discussed at the Designing Resilience in Asia (DRIA) 2018 international symposium at NUS.

We previously reported on the 2018 Designing Resilience in Asia (DRIA) international student competition held as part of the DRIA program initiated by the School of Design and Environment of the National University of Singapore (NUS-SDE).

An important component of the annual program is the DRIA International Symposium, which gathers leading experts on resilience from around the world to share their expertise and encourage the exchange of ideas for anticipating, preventing and recovering from shocks and stressors.

This year the symposium was held at the Shaw Foundation Alumni House at NUS from 15-17 August and drew an audience from 20 countries. After a welcome message from Professor Lam Khee Poh (Dean of NUS-SDE), Guest-of-Honour Professor Philip Li-Fan Liu (Vice-President of Research and Technology at NUS) offered a welcome message in which he emphasised the aims of the DRIA program: to encourage the architecture community and beyond to face the needs of Asian communities with regard to the impact of climate change on urban centres in Asia. 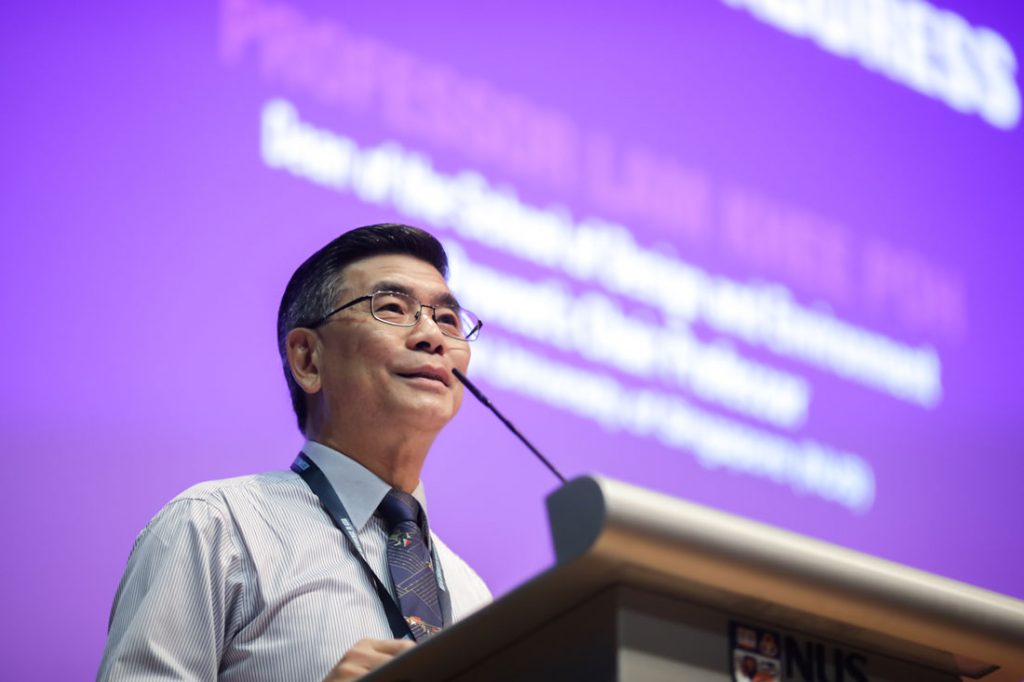 Dr Josef Leitmann, Lead Disaster Risk Management Specialist at The World Bank, was the first keynote speaker on day one. His focus was the shift required from simply rebuilding cities after disasters to building urban resilience. He first touched on the issue of how to define urban resilience. The World Bank defines it as the ability of a system, entity, community or person to adapt to a variety of changing conditions and to withstand shocks while still maintaining its essential functions.

Shocks and stressors, he said, can be natural, technological, or socio-economic. When we design cities, he suggested, we should have all of these in mind. We tend to think in silos about urban reconstruction, he suggested – for example, roads, housing or ports. But resilience thinking takes a systems approach. Achieving resilience is an ongoing and evolving process.

He added that non-resilient cities undermine efforts to alleviate poverty. He cited that by 2030, up to 77 million people will fall into poverty due to the negative impacts of disasters and climate change on economic activity and the security of the poor. Yet an enormous amount of construction will occur in our region over the next 15 to 20 years. This is a historic opportunity to reduce risk, he said, because the way we design and build can increase resilience.

.
We tend to think in silos about urban reconstruction – for example, roads, housing or ports. But resilience thinking takes a systems approach.
.

Thai landscape architect Yassapon Boonsom, the Co-Founder and Director of SHMA, was the second keynote speaker. He focused on Bangkok and the relationship between the city’s residents and its Chao Phraya River. Bangkok was designed for cars, not people, he said, adding that the city has just six square metres of greenery per person – around ten times’ less than Singapore. “We feel we don’t belong to the city,” he said, suggesting the need for a shift from the ‘exclusion city’ to the ‘inclusive city’.

Landscape elements, he said, can be tools for making the city more resilient. Landscape can be a change agent in revitalising the urbanscape. There is much wisdom locally, he suggested, in how to live with water. The old river town was ‘fluid’, he said, whereas the new city is ‘solid’. He presented a number of SHMA’s projects, through which the studio seeks ways to “make room for water”. The ‘2050 Ultra Flood Plain’, for example, proposed transforming agricultural land around Bangkok into flood plains – agricultural land as a water detention network. The Bang Bon Ecological Park (under construction) similarly receives water on what was an orchard area. And the Makkasan Creative Park is a tropical public space under an absorptive green roof. 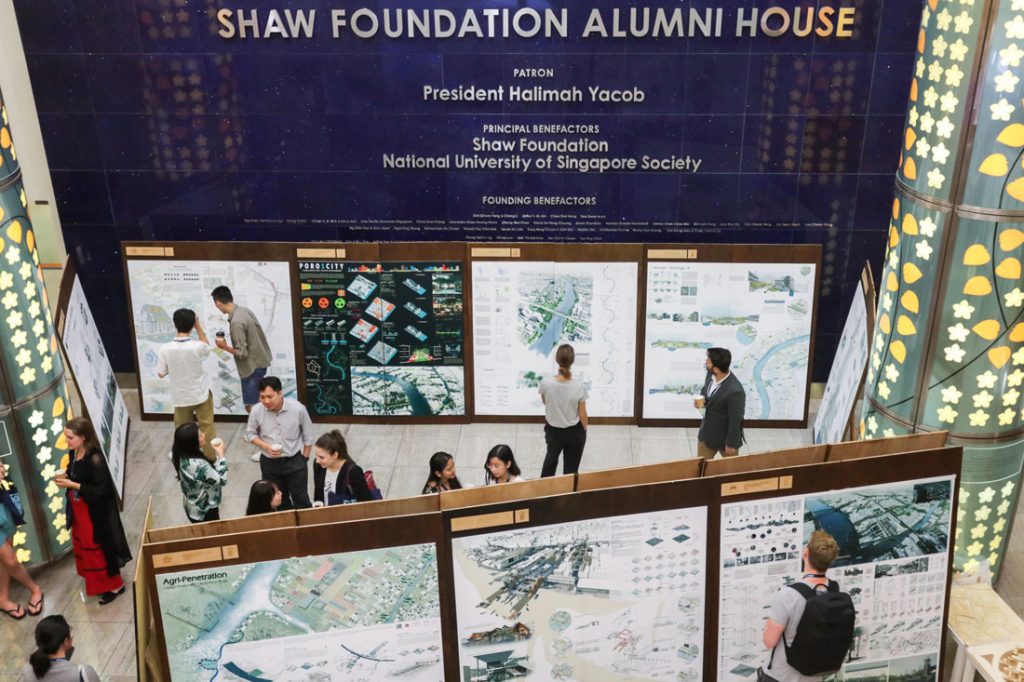 SHMA’s Lankila projects (Pat 1 and Pat 2) projects used public participation to transform abandoned areas (under an expressway, for example) into outdoor rooms. Parks catalyse change in the community, he said, adding that he would like to continue the project over a distance of 10 kilometres to create a green link.

He also discussed his projects for the Chao Phraya River and his vision for sustainable river revitalisation – highlighting the variety of interests of the various stakeholder groups (government, the private sector and citizens) and their potential to be non-aligned. He proposed a floating park on a barge as a way for people to connect with the river again. “It’s not a final answer to a big problem, but a communicative tool about revitalising the river and bringing people to it,” he said.

.
Yassapon Boonsom presented a number of SHMA’s projects, through which the studio seeks ways to “make room for water”.
.

Day one’s third keynote speaker was Richard Hassell, Founding Director of WOHA. After presenting WOHA’s Garden City Mega City publication and the firm’s rating strategies as documented within it, he presented a project to demonstrate each of the strategies.

The projects were: Oasia (for its performance in terms of green plot ratio), Skyville @ Dawson (for community plot ratio), Parkroyal on Pickering (civic generosity index), Enabling Village (ecosystem contribution index), and WOHA’s proposal for a self-sufficient city in North Jakarta. Kampung Admiralty was also shared as an example of performance in many ratios and indexes. 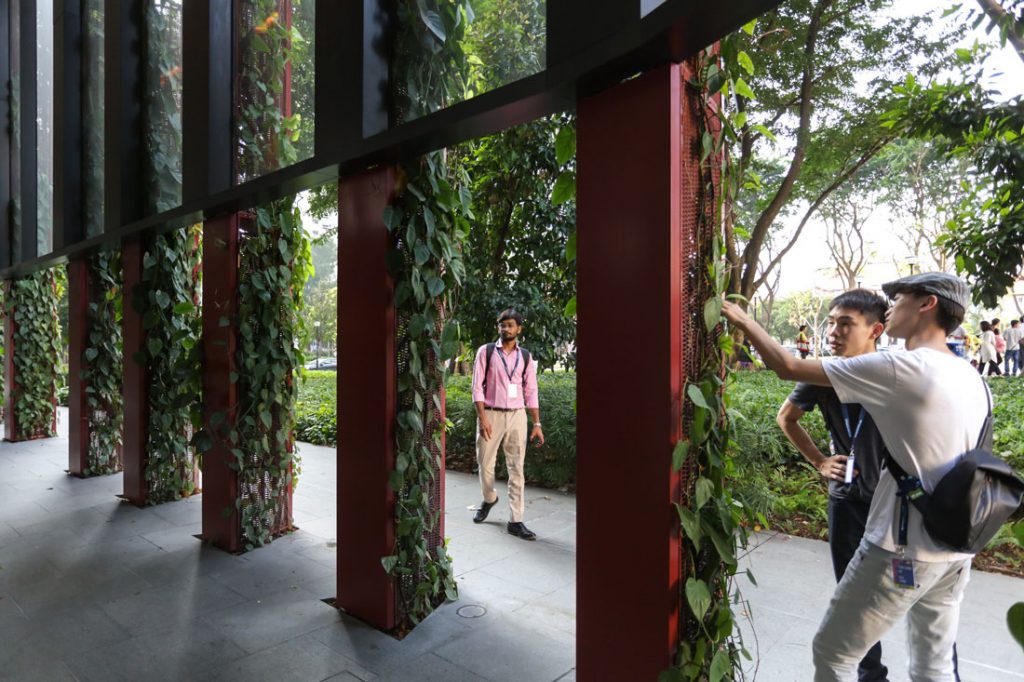 Hassell ended his presentation with a quirky newscast video produced by WOHA with NUS in 2009 for the master planning project titled Singapore 2050. It explored future scenarios for Singapore and strategies for safeguarding it from rising sea levels, as well as for shrinking the country’s ecological footprint to the size of the island.

The first half of day two of the symposium was dedicated to crit sessions,  followed by site visits to WOHA’s office and the Oasia Hotel. 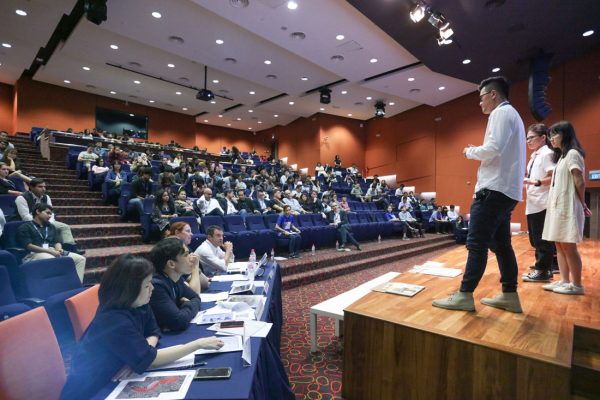 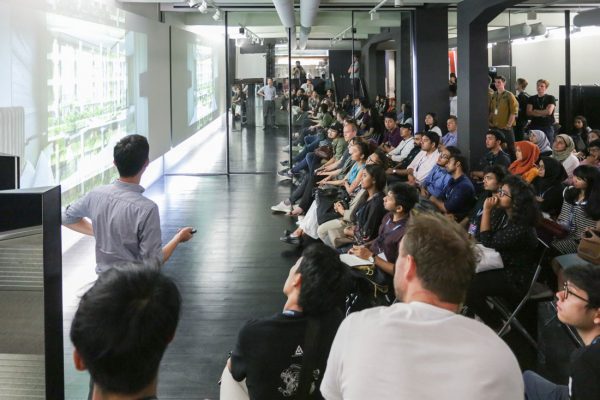 Day three was dedicated a workshop session and a roundtable discussion for students participating in the DRIA 2018 session. 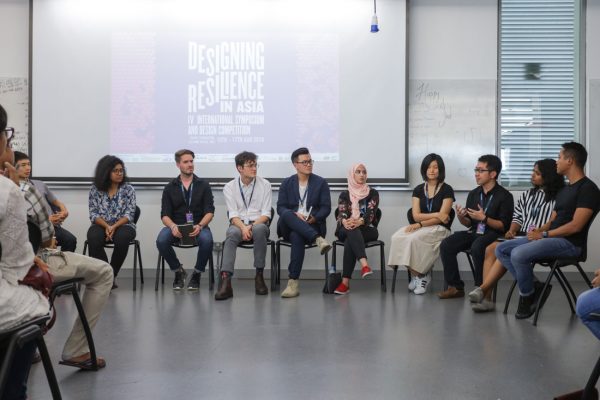 Day four of the symposium opened with a talk by Henk Ovink, Special Envoy for International Water Affairs of the Kingdom of Netherlands and Principal of Rebuild by Design. Ovink was, unfortunately, unable to make it to Singapore, so his session, titled Water as Leverage, by Design, was conducted via video call.

“And usually, when the disaster hit our wallet, then we’ll ready for a change, if not, then why to bother?” he said, concluding that this mentality has led to inequality to how we deal with this crisis around the world. He suggested that we need to embrace complexities and work with a systematic approach that involves both plans and projects. “A plan without a project is nothing, it’s a book on the shelf that nobody reads,” he said. “While a project without a plan is an incident.”

“And usually, when the disaster hit our wallet, then we’ll ready for a change, if not, then why to bother?” Henk Ovink.

Designers and planner, he said, must utilise their time to collaborate, not negotiate. And that they need to design to connect the dots and added value to create projects that make a lasting impact – leveraging water to make lasting changes.

In a session titled Designing for Water Inclusive Cities and Regions’, Founding Director of DEFACTO Architecture and Urbanism Anne Loes Nillesen shared the design principles for creating cities and regions with a sustainable relationship with its water.

The design principles were: understanding the water system and connecting the modules. Working with a multi-disciplinary team, research by design and making adaptive plans instead of blueprints.

Loes Nillesen shared some examples of the application of these principles in her projects with DEFACTO. The projects included the intervention at the Bangladesh Delta plan – which concluded that intervention would be better done in a neighbourhood or individual building scale and not regional scale -, and various projects in the Netherlands that included a flood gate design, park as water storage, and amphibious housing models.

The Symposium concluded with a special session by Riken Yamamoto, founder of the eponymous studio Riken Yamamoto and FIELDSHOP, titled How to Make a City. 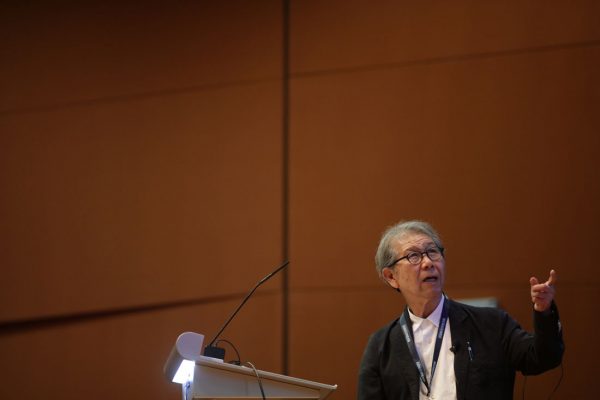 The twentieth-century city was not conceived as a city in which to dwell, he posited, because city centres are reserved for promoting economic activities and residential areas are pushed to the periphery. This scheme has created isolated dwellings that completely unrelated to each other. What means are available to us to restructure the city to a habitable place?

Yamamoto has been trying to restore the city into a habitable place, one project at a time. He started this mission first in Korea. Ironically, he said, it took him decades to do this in his native land of Japan because the country was very conservative to his ideas.

Yamamoto walked the audience through community residential projects in Korea, including the famous Pangyu Housing and Gangnam Housing in Seoul, and future projects that are currently being built, including the Taoyuan Museum of Arts in Taiwan (slated for completion in 2022), and the Circle, Zurich’s groundbreaking international airport (slated for the completion in late 2019).

Some of Yamamoto’s strategy includes opening up views and creating breathtaking communal space. The session was closed with a delightful animated presentation of the Circle made with simple illustrations and Sketch-Up walkthrough that told the story of two characters – Mr and (future) Mrs Smith – find each other and falling in love while exploring and sharing spatial experiences at the Circle.

The series of events concluded with the announcement of the winners of the DRIA 2018 International Design Competition. Read more about the results of the competition here, and view more photos from the awarding ceremony below!