Are Designers Lazy When It Comes To Sustainability? We Debated At Saturday Indesign

There was wine. Words were censored. The audience was split. The trophy had to be dismantled. Here’s a recap of what went down at the Saturday Indesign Debate at 72-13.

There’s nothing like friendly jostling to inspire deeper and much-needed conversations about a difficult yet pressing topic. The inevitably prickly proposition: Designers Are Lazy When It Comes To Sustainability. 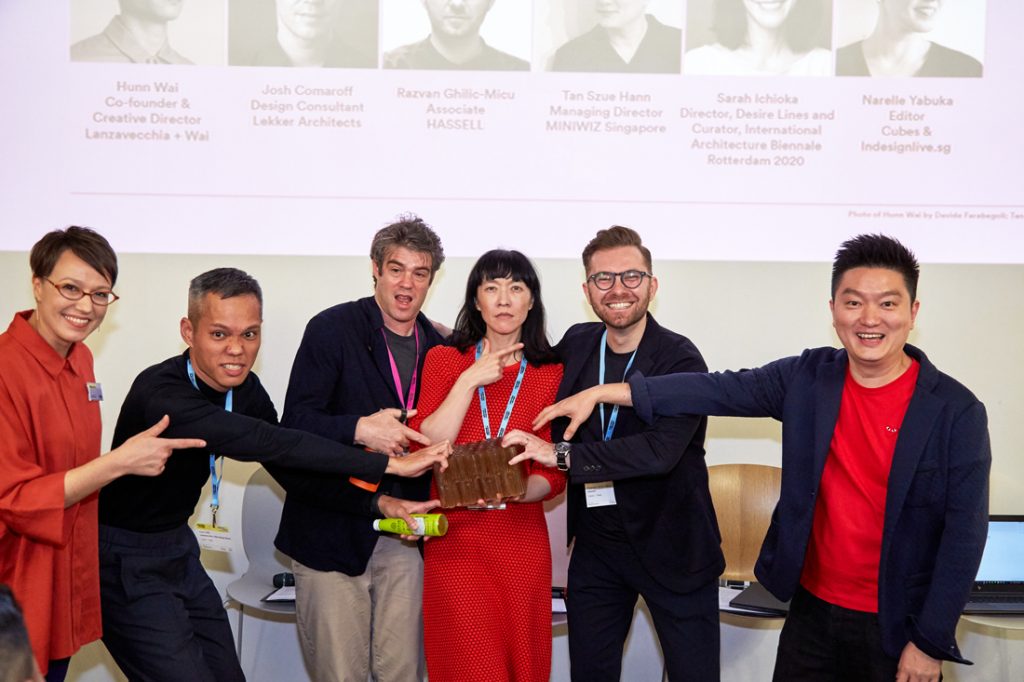 Sitting on the ‘for’ team was Hunn Wai (Co-founder and Creative Director, Lanzavecchia + Wai) and Joshua Comaroff (Design Consultant, Lekker Architects). Wai set the stage by relaying context on the materialisation of consumerism from post-WWII to the digital age. “Designers are part of this mechanism,” he said, holding designers and marketers culpable in fuelling consumers’ wants. “We are all lazy in thinking, lazy in wanting better, [lazy in wanting] more responsibility, [and] lazy in self-awareness,” he added.

Revealing mixed feelings towards the profession of architecture recently, Comaroff contended that architecture is on the wrong side of history. While buildings are being erected at an unprecedented rate, more architects are being educated, contributing to the problem.

He compared green buildings to “low-tar cigarettes” – although less harmful, they continue to damage the environment. “They allow us to over-consume under the belief that over-consuming sustainably is in fact sustainable. It forces us not to think of alternatives – for example, building less; using buildings for longer; reusing and not demolishing perfectly good buildings,” he said.

On the opposing panel, Razvan Ghilic-Micu (Associate, HASSELL) and Tan Szue Hann (Managing Director, MINIWIZ Singapore) focused their argument by highlighting that despite the limitations of a designer within an entire ecosystem, there have been exemplary works by designers all over the world who have risen above in their efforts to fight climate change. “We are working on it and we should never stop until these examples are not outliers but the norm,” said Ghilic-Micu.

Countering Comaroff, Tan pointed out that the Green Mark rating scheme was not born from laziness and in fact, has spawned new industries and explorations into more sustainable practices such as zero-energy buildings and buildings that turn food waste into compost. And there are other factors at play against sustainability such as budgets, deadlines and ROI.

Closing the debate, commentator Sarah Ichioka (Director, Desire Lines, and Curator, International Architecture Biennale Rotterdam 2020) acknowledged the valid points of both sides and proposed: “How are we, as designers, going to act in a way that is about making a new system rather than chipping away in tiny ways?” She asked the audience to consider the position of a designer beyond the professional identity to operate as “our whole selves” in approaching the challenges that we face as a collective. 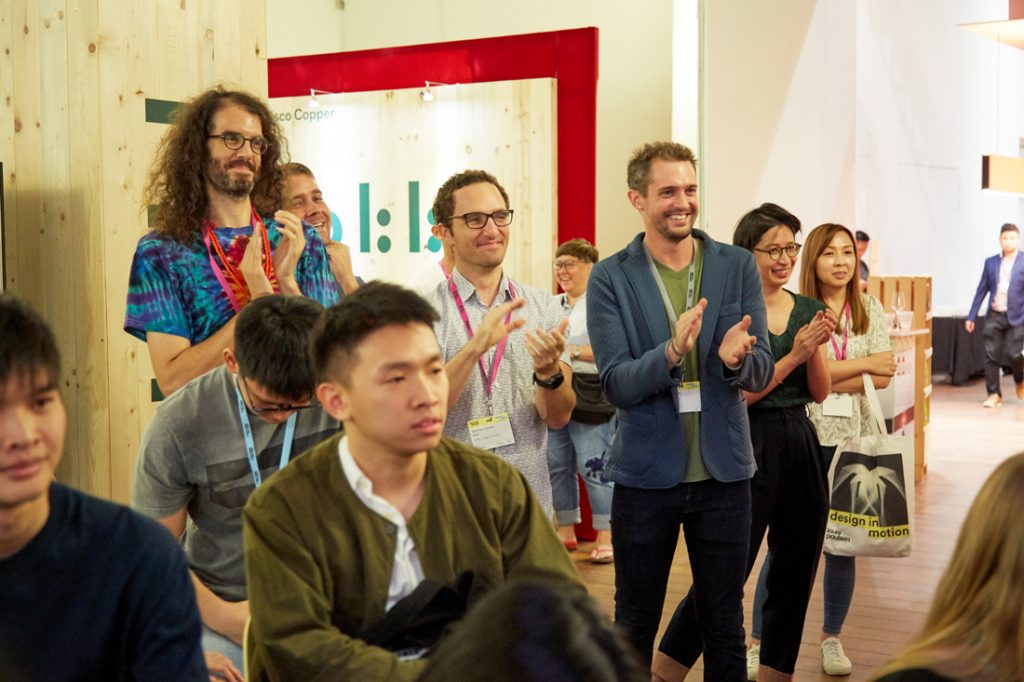 “Don’t put yourself in a box. We have so much more power,” she concluded, putting a thought-provoking end to the session. 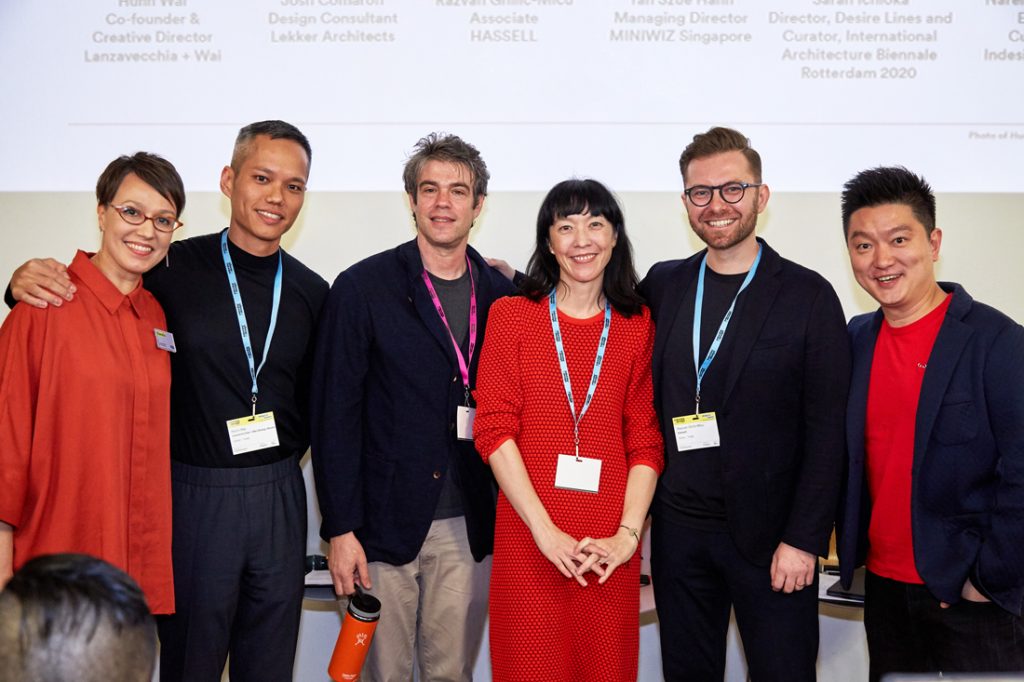 This second-ever Saturday Indesign Debate was held at the Flokk Asia stand at Theatreworks, 72-13 Mohamed Sultan Road as part of the event Saturday Indesign Singapore 2019. Our thanks to our returning debaters from the original Saturday Indesign 2017 line up and our 2019 commentator for the energy, consideration and passion with which they discussed an issue of vital importance to the design and architecture industry. 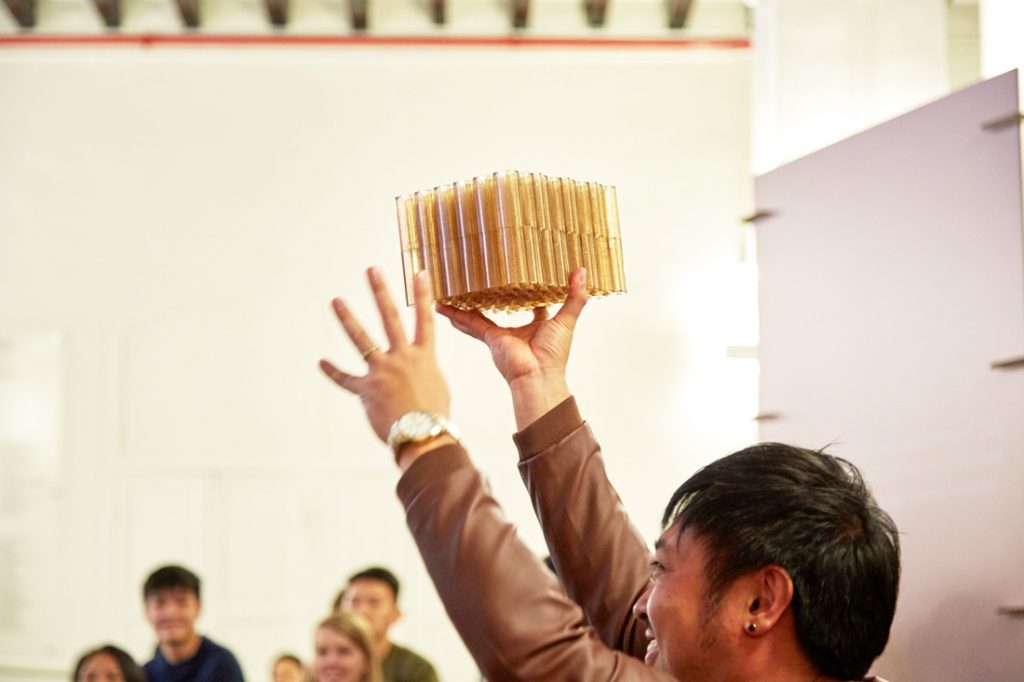 The Saturday Indesign 2019 Debate trophy – a MINIWIZ Poli-Ber Brick (made with recycled and recyclable waste plastic an rice husks from agricultural waste) was provided by Saturday Indesign Trophy Partner MINIWIZ Singapore. Thanks to MINIWIZ, as well as Cosentino and Flokk Asia for providing refreshments.

Let’s all keep the conversation going!