Collaboration is perhaps one of the most powerful tools in the designer’s and supplier’s arsenal. And where better to release the full power of collaborative creative vision than Saturday in Design? Here we revisit 10 top collaborations from this year’s event.

Whether they were tackling topics of technology and innovation, creatively commenting on the big issues, or presenting exciting new product proposals, this year’s collaborations at Saturday Indesign brought many of the exhibitors’ showrooms to life. Here’s our top 10 picks from the design smorgasbord.

Wading straight into the parallel universe of augmented reality, Brickworks with SJB brought their combined futuristic vision for bricks and construction into ‘mixed reality’ with Kabuki Drop. Visitors could don an AR headset and view a virtual undulating brick installation, toggling between presentation styles by gesturing at a virtual button. The wearer’s view was presented on a screen for all to see. 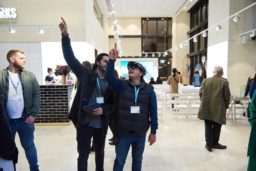 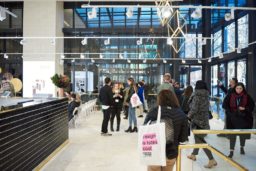 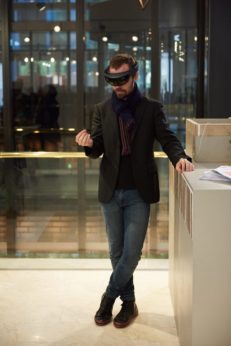 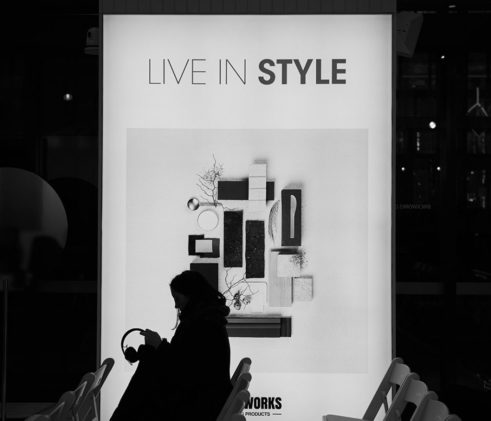 Ownworld together with Dowel Jones and Polytec went anti-tech with a 90s-nostalgic office installation. “Think Ask Jeeves meets MSN Messenger” says the collaborative team which encouraged visitors to reflect on just how quickly the office place has shifted from a static model, to today’s fluid, agile style. The nostalgia of the hulking photocopier, the proverbial ‘water cooler’ corner, and a boxy desktop computer complete with awkward family photograph, were a timely reminder of how emotional we are about our personal workspaces – and still are – despite the eradication of the established desk space. 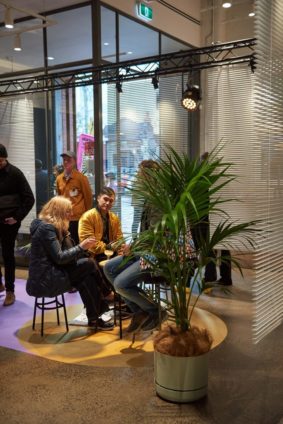 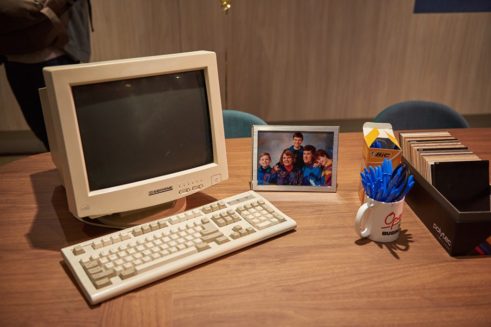 CDK’s Simon Terpstra summed up this collaboration beautifully saying: “The theme brought together the concept of innovation, which is a principle of Zip Water’s product range and imagination that encompasses all the endless possibilities of using stone from CDK Stone.”

Their display was both immersive and imaginative, using suspended imagery and LED screens to encourage attendees to engage with Zip Water’s new technological innovations and CDK’s versatile stone products, which can be used in numerous ways – really as far as the imagination can reach. 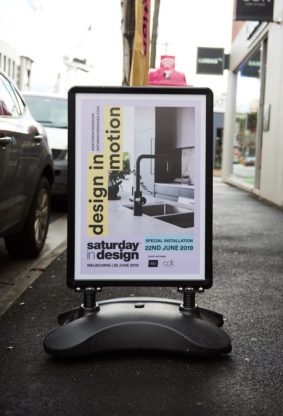 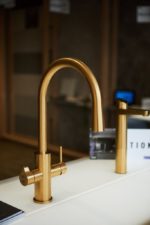 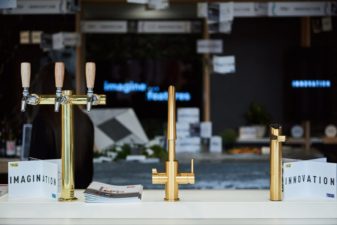 WMK took it back to the basics, heroing the foundations of materials and structure, and extrapolating this into a breathtaking installation in the Arthur G showroom. “We wanted to create a visual journey between two seemingly contradictory design aesthetics,” says WMK. Their “undulating and immersive” installation created intimate encounters between audience and product. It was a reimagining of an object’s journey, starting with that initial thread, and capturing the spirit of formation and structure. 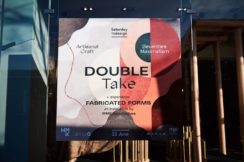 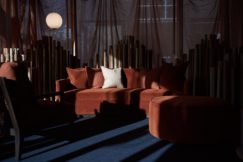 How can design be used for good? Pushing its sustainable agenda into a completely interactive and creative expression, KE-ZU teamed up with design studio Hot Black for its ‘2wards Zero Waste’ installation that popped up at Lumas Gallery. The all-immersive installation became a vessel for expressing a very important message that KE-ZU truly believes in. And the space also became a backdrop for the story of its local production of US design icon Bernhardt Design. 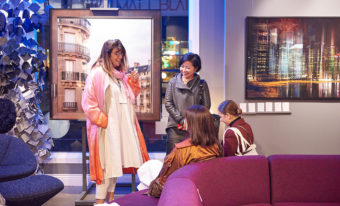 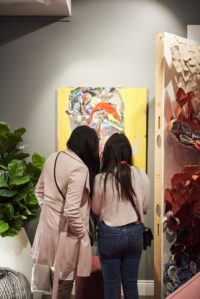 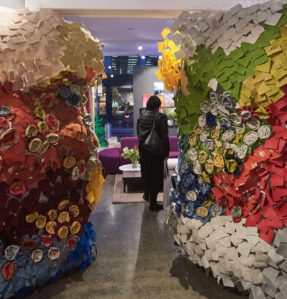 Stylecraft and Manuela Millan of Meanwhile in Melbourne had been operating on parallel lines in the Melbourne design circle, appreciating the work of each other but never quite finding the right time and place to collaborate. And then along came Saturday Indesign. The duo teamed up and the result was Meanwhile in Melbourne curated vignettes dotted throughout the StylecraftHOME showroom. 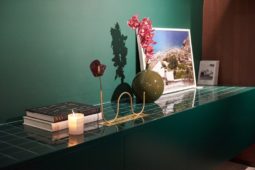 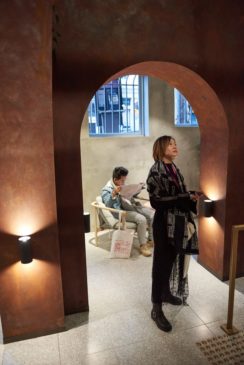 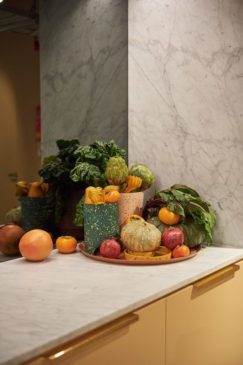 Daniel Barbera captured the hearts – and minds – of Saturday Indesign visitors with the compelling OSSO table. Produced using a textured stone table top and rough cast polished bronze base, the OSSO displayed a ‘feminine muscularity’, the seeming weightlessness of its tabletop belying its stone materiality. 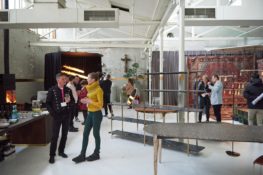 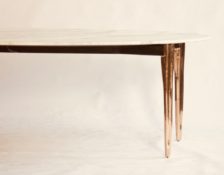 Dowel Jones With Polytec At Ownworld

Polytec’s surfaces can be used in numerous ways to construct and finish interior fit-outs. In what was a first for both Polytec and design studio Dowel Jones, the two teamed up to produce key Dowel Jones pieces using Polytec materials. The outcome had all the hallmarks of Dowel Jones’ playful essentialism. And it marks perhaps a new direction for Polytec, too, which has shown without a doubt, that its surfaces can extend into object design territory.

It’s always exciting to see a new Australian-designed bathroom range that is also manufactured locally. Adele Bates’ eye for detail and talent for designing refined luxury came to the fore with her new Lune collection for Omvivo. Soft curves, subtle insets and shadow line details invited visitors to get in close, while the collection presentation offered a beautiful pause point for a crowd that was very much on-the-move on Saturday.

In the heart of Collingwood, Melbourne, VOLA opened the doors to its stand-alone showroom. A new address for the Danish tapware brand, Saturday Indesigners were able to experience the brand’s 50-year history in a space of its own. 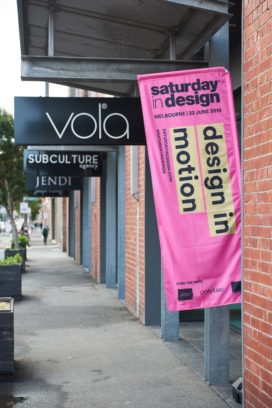 Keen to learn what was discussed at the talks? We’ve rounded it all up over here.