Archifest 2019 Festival Director Alan Tay On Craft And Its Marginalisation

Archifest 2019 opens tonight! We find out more from this year’s Festival Director Alan Tay on the theme ‘Craft’ and its relevance and marginalisation within the context of Singapore’s architecture. 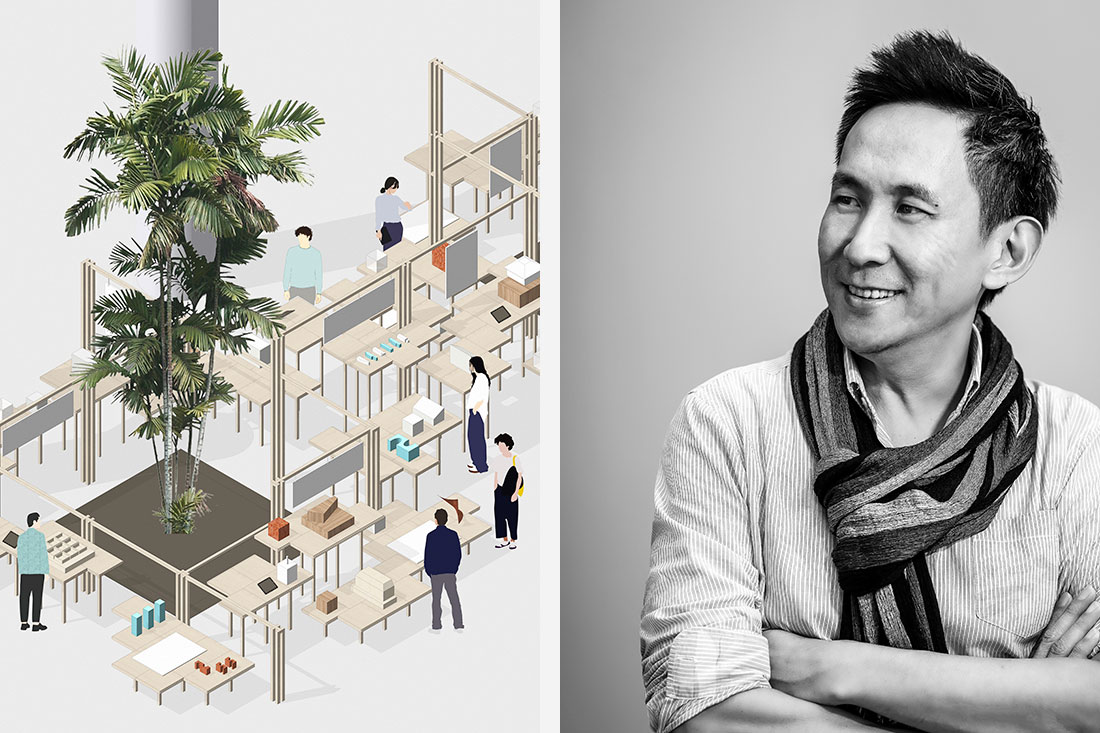 Archifest 2019 opens tonight! We find out more from this year's Festival Director Alan Tay on the theme 'Craft' and its relevance and marginalisation within the context of Singapore's architecture.

It’s been a busy year for Formwerkz founder Alan Tay. The architect was the lead curator of this year’s Singaplural, and now he has been appointed as the Festival Director of Archifest 2019, themed ‘Craft’.

Why ‘Craft’? How is it relevant to Singapore and its architecture scene? It is our tradition to quizz the Festival Director on the theme of the festival.

We find out more from Tay about the theme ahead of the Archifest opening tonight. 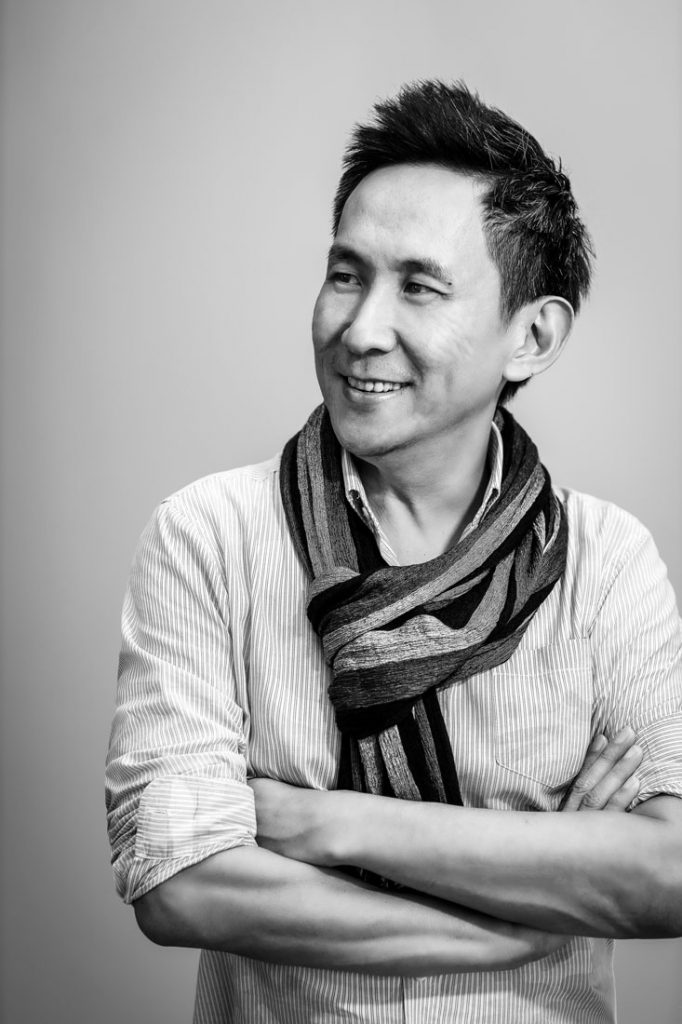 How did the theme ‘Craft’ come about?

I was looking at the past festivals’ themes; every year the festival placed a spotlight on big issues – environment, agency, empowerment, context, happy places, density – and I realised that craft is missing. It is part of architecture which is seldom discussed, not just in Archifest, but all over the world. Perhaps it has been taken for granted. I feel that it is timely to have dialogues on it because the idea of craft is also changing,

And there are some issues with craft. In Singapore, the emphasis seems to be placed more on the expediency of construction, on how fast you get things constructed. Quality is not equated to the craft. And our skilled craftspeople are missing: our bricklayers, our terrazzo masters, they’re gone, which is typical in an advancing society.

The case of the vanishing trades in Singapore is more severe than any part of the world, but  I think the rest of Southeast Asia region is catching up as well. Malaysia faces the same problem; Indonesia and Thailand still have them but I think it’s a matter of time before they too vanish.

“The case of the vanishing trades in Singapore is more severe than any part of the world, but  I think the rest of Southeast Asia is catching up as well.”

Singapore is moving towards other methods of construction aided by computational fabrication and parametric studies. The Industrial Revolution was about mass production and the Arts and Crafts movements were kind of rejecting that idea, right? I think we’re in a good moment to question where is this idea of craft when things are easier and we have new tools and capabilities.

Typically craft is identified as working with your hands, but when you are creating with 3D printer for example, where is the craft? This is something that we’re keen to engage through forums, panel discussions, workshop and exhibitions. And to showcase the individuals who are at the frontline of this.

Long story short, I think craft has facilitated architecture, and it’s important to relay that to the public. The point of Archifest has always been to bring architecture discourse to the public so that slowly, they develop an understanding of what architecture is. This year, we would like them to understand that craft is not just hobbies, craft does not exclusively belong to makers’ culture  – it could be in your built environment. 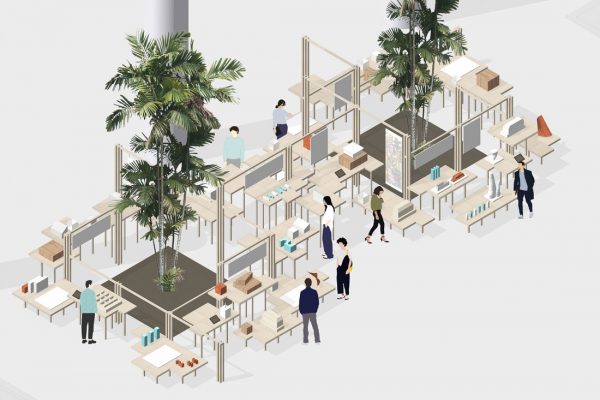 Tell us more about the decision to have URA as the main venue this year, as opposed to having an Archifest Pavilion.

No Archifest Pavilion this year, unfortunately. But this year we collaborate with the URA, which is interesting and I think it might be the beginning of a mainstay for future Archifest. In the pasty, the Archives Pavilions where the anchor venue of the festival, but they were restricted by size and might not be ideal for all events.

URA is an important destination with great visibility and high traffic, and it has enough space. That we can have eight exhibitions at the same time is only possible because of the venue. And they’re open to hosting future editions of Archifest.

Can you share your observation on how Archifest has evolved over the years?

In the last three years, the most notable difference is how it’s organised. The first ten editions were organised by SIA council members, but for the last three, they invited members outside of the council, starting with Eunice and Koon [Do Not Design] in 2017, Yann [Follain, WY-TO] last year, and Formwerkz this year. So I think there is more autonomy in terms of what we wanted to achieve and in terms of organising events surrounding the theme.

In my opinion, that was demonstrated by Yann last year by creating more visibility, engaging both professionals and academia, and different sectors. We’re trying to maintain that this year. One of the key things that we bring to the table this year is we manage to have 40 workshops on the programme. That’s an unprecedented number, the highest ever, ranging from woodworking and glass-blowing to kintsugi and Mindful Spatial Experience.

What do you hope will be the takeaway from this issue of Archifest for the architecture fraternity?

There are a few aims for the fraternity. We want to give recognition to those who have been working hard quietly and show that craft has always been there. There are many firms whose work shows and demonstrates this idea of craft, either through their body of work, and/or through their processes and ways of working, but they seldom talk about it. So, I felt that this is an opportunity to engage academia and focus on that, and to re-examine what’s next.

For example, I can still incorporate craft in my smaller-scale projects, like houses because they are below the radar certain policies. But at some point will we be affected? Because this policy trickles down to all aspect of work.

Like bricklaying, for example. Do you know that bricks are a major demerit point in a big-scale construction? Because it’s laborious and it takes time and therefore deemed inefficient so no one will use brick walls in their design anymore. And the bricklaying trade is vanishing. Then you’re trapped in this vicious cycle where you have workers unskilled at laying bricks who are doing a lousy job because they had no training.

If craft is defined by the amount of time spent working on it, isn’t the demerit point a big contradiction? Perhaps not if it’s in the context of a bigger narrative that puts an emphasis on efficiency – then craft is being marginalised. And it is part of our role to put a spotlight on them for discussion. That has always been part of the Archifest agenda; talking about the practice of architecture that is marginalised.

“…[C]raft is being marginalised. And it is part of our role to put a spotlight on it for discussion.”

And for the general public?

The appreciation that craft is there and that it is an important ingredient. Because the appreciation depends on the user. If the people experiencing the craft don’t see it then what we talk about will not amount to anything. The laypeople, magistrates, teachers, parents, policymakers – if they could collectively understand, then that’s the start.

What’s your hope for future editions of Archifest?

We want certain continuity. Improvement of what is working and more new collaborators and sponsors. We should go beyond the typical supply chain. The more resources you have, the more elaborate and more rich the program will be. So we have to go beyond our comfort zone, like this year we collaborate with the British Trade Commission. And I think we should slowly engage the public as part of the exhibition, which Yann started last year with the Pavilion. We should also start engaging them for the organising process. Because by doing that, you are engaging the public in all aspects.

Here are our top 10 events to visit during the festival. Visit archifest.sg for full lineup.