A total of 10 Winners and 3 Special Commendations were bestowed across 10 categories of the Lookbox Design Awards 2018 at the Gala Night at the Shangri-La Hotel last week. View the winning projects and studios here! 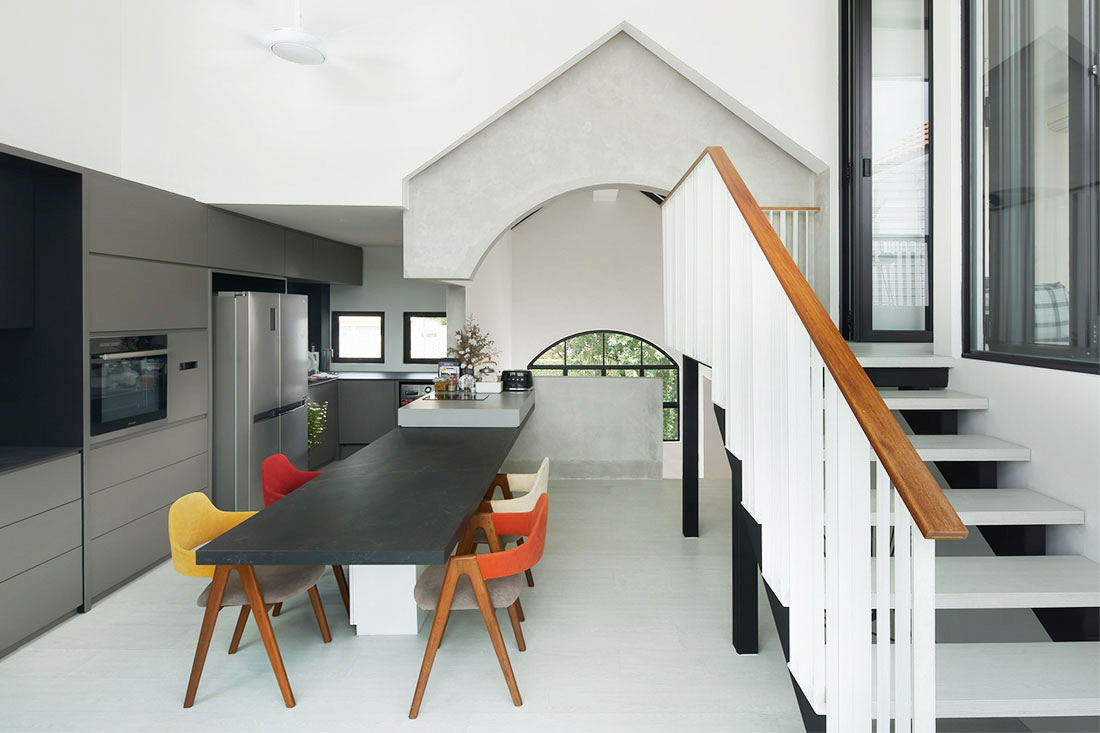 From a total of about 200 entries, submitted by some of Singapore’s leading interior design firms, we at Indesign Media Asia Pacific are proud to present to you the official winners of the 2018 Lookbox Design Awards (LBDA).

Celebrating their achievements on the evening of Thursday, 22 November 2018 at Shangri-La Hotel, Singapore, the LBDA 2018 brought the industry together in one unified night of celebration.

Ten winners and three special commendations were announced across 10 categories. And they are:

Winner: House in a Flat by nitton architects 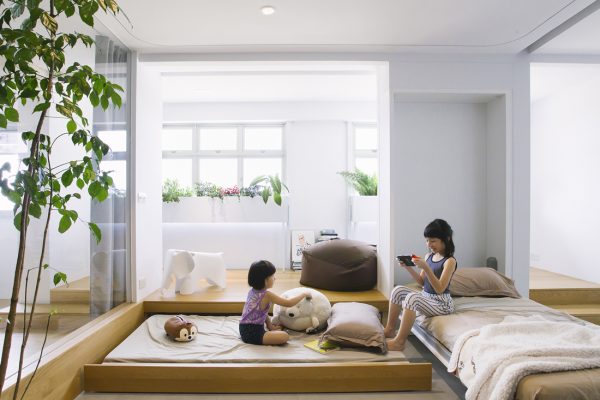 To create the experience of living in a landed home, every non-structural internal wall has been removed. The redrawn plans gave rise to living spaces that were more open and fluid, and included an indoor garden and a guest room that can be flexibly enclosed or opened to combine with the larger living area as desired. See full project feature here. 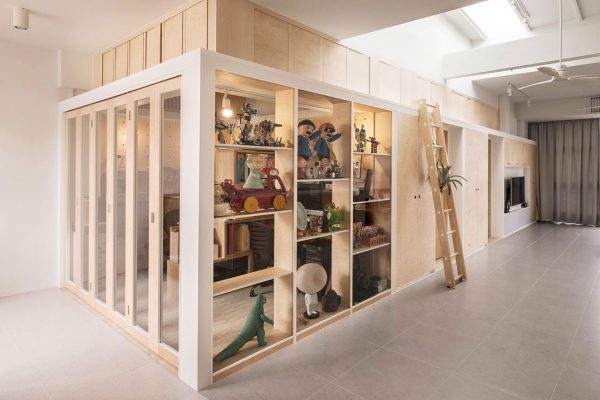 Designed for a young family, the individual private spaces in this apartment are planned out like a house within a house, where the bedrooms and study spaces are clustered behind birch plywood volumes that double up as the distributed storage for the house. This frees up more windows for natural daylight to pass through. A system of wooden CNC-cut operable geared louvres also helps regulate airflow. 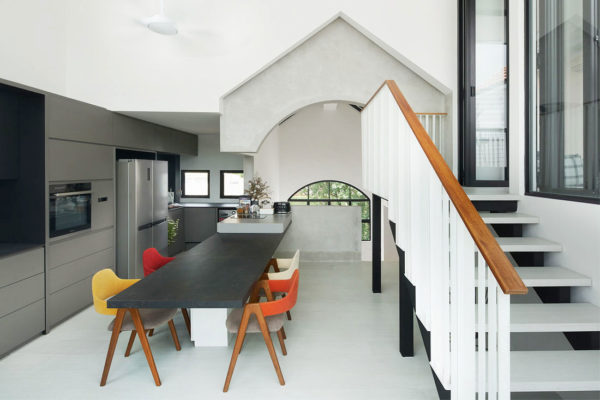 This five-storey townhouse is home to two siblings and their respective families. The site is architecturally significant as one of DP Architects’ first projects in the 1980s, and the interventions are respectful of the existing building. The architectural interventions are designed to unify the two dwellings, while the interior design brings out the individuality of the two families. 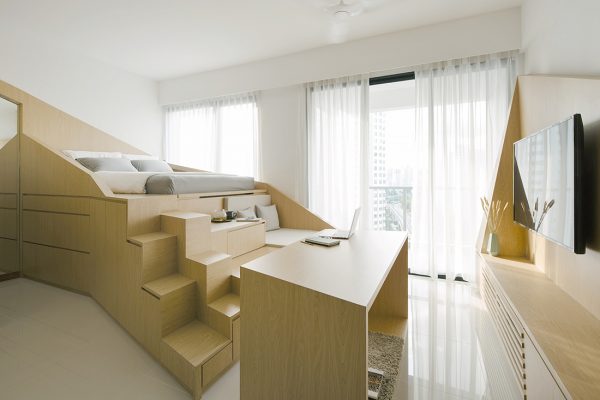 The client desired a home that could cover the requirements of Live, Work and Play. To create a variety of functions in this petite 43sqm apartment, a singular multi-functional space was designed with the most distinct feature being a single sculptural landscape that forms the bed, sofa, work and dining space. Volumes beneath this sculptural form also offer up loads of practical storage. See full project feature here. 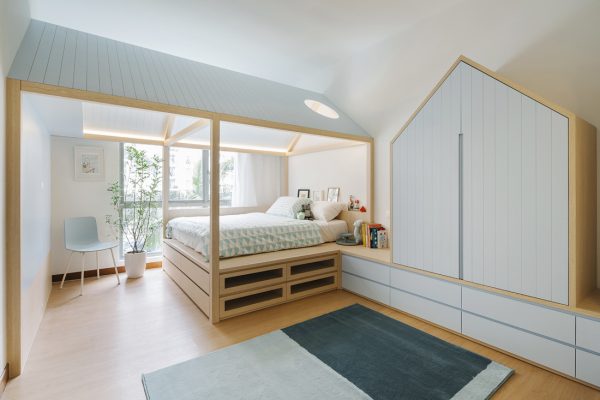 Whimsical yet functional, the master bedroom and en-suite have been converted into a paradise for the client’s physically challenged child. The bed frame is designed like a house to encourage the child to sleep alone while the bathroom is opened up to allow easy access. For a calming effect, a muted blue colour palette is used throughout the handicapped-friendly space. 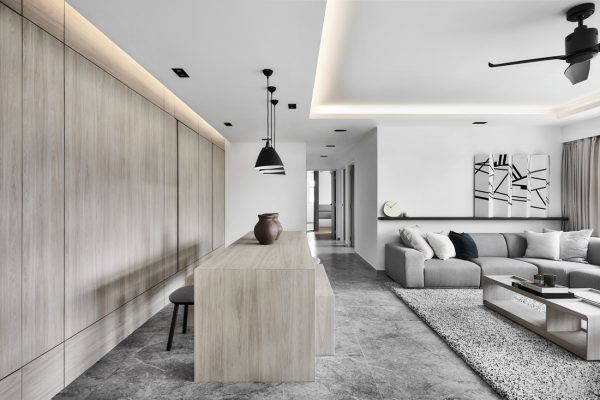 Minimalist in colour and material palette, this flat is conceived as a place where the client can relax, work and hold large family gatherings. Seating areas are flexible and aplenty, with enough room to move around. Custom carpentry too abounds in communal spaces, lending a cohesive look throughout. 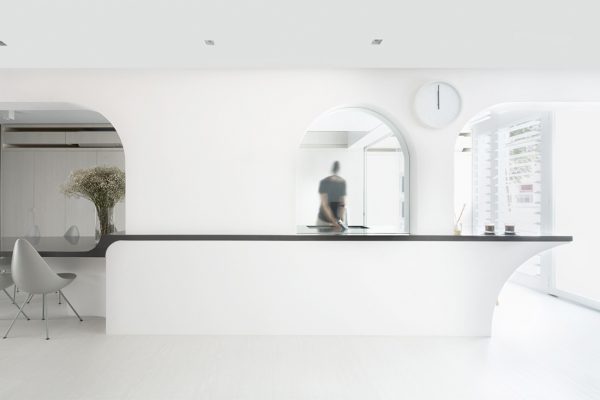 Having lived in dark messy apartments, a family of five asked for an open and seamless family space bathed in natural light and filled with family interaction. As such, a predominantly white colour palette is adopted and mirrored walls are introduced throughout. The rooms on the first storey were gutted and redistributed along the perimeter. Anchoring the maisonette is a continuous table, kitchen island and breakfast counter. See full project feature here. 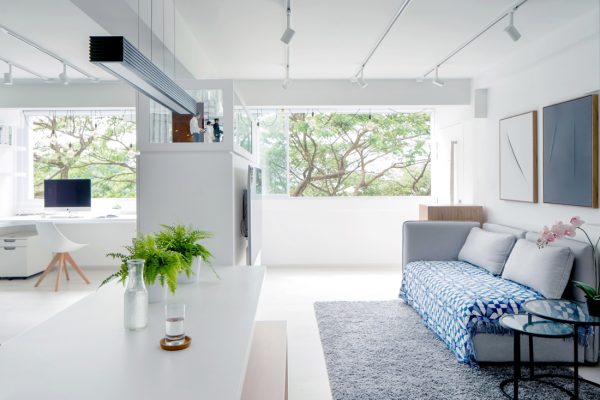 In an attempt to express physical and visual connections within the apartment, a new layout was introduced with a set of walls to delineate the common and private areas diagonally on a plan. This expanded the floor area of the master bedroom and effectively created a direct path between the bedroom and the en-suite, which was previously not possible. Glass panels are also installed in the living areas and master bedroom to capitalise on the views of the rain trees outside. See full project feature here. 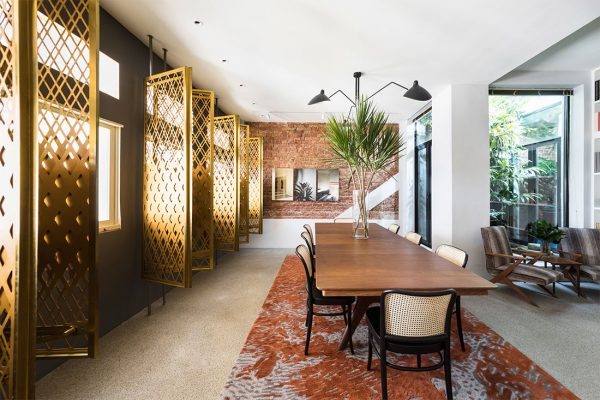 Winner: Apertures by ASOLIDPLAN
This gentleman’s apartment has been designed for entertaining, and the display of art and objects. To balance the need for privacy and daylight, the windows of this ground floor apartment feature custom pivot screens whose patterns are inspired by iron grilles commonly seen in the estate in the olden days. Each window becomes an aperture, where transparency is fine-tuned via both the angle of the pivot screens and the alignment of its two layers.

#9 INTERIOR DESIGN FIRM OF THE YEAR 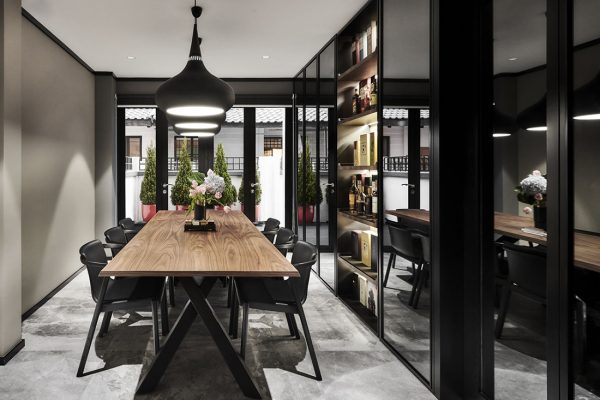 The company was started by Lawrence Puah in 2010, and provides both interior design and architectural consultancy services. It prides itself in its expertise of crafting spaces with a great consideration for functionality, while keeping in mind aesthetics that will reflect who their clients are. 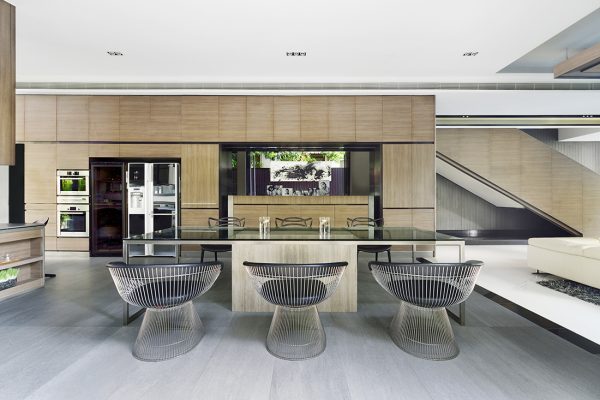 Metaphor Studio is an interior and architectural design consultancy that specialises in residential and small-scale hospitality projects. It has designed, beautiful, functional spaces which integrate Asian-inspired details and express innovative spatial composition since 1999.

INTERIOR DESIGN FIRM OF THE YEAR – UP AND COMING
Special Commendation: ASOLIDPLAN 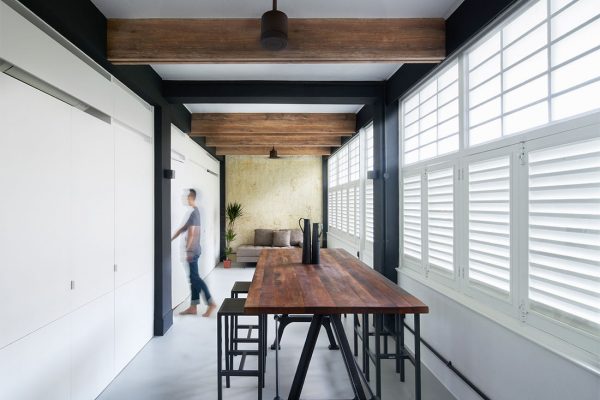 ASOLIDPLAN is built on the belief that all good design begins with a well-conceived plan. The young design firm has been pushing the limits of residential interior design since 2013, without compromising on durability, functionality an integrity. The firm prides itself for creating spaces that are evocative, that can connect with the environment and beyond.

Winner: House in a Flat by nitton architects

To create the experience of living in a landed home, every non-structural internal wall has been removed. The redrawn plans gave rise to living spaces that were more open and fluid, and included an indoor garden and a guest room that can be flexibly enclosed or opened to combine with the larger living area as desired. See full project feature here.

Congratulations to all winners!

Entries for our regional award program, the 2019 INDE.Awards, are now open. Find out more here!