More from the annual trade show, including the Design Inevitable showcase and winners of the Best Stand and Best Exhibit Awards.

In Part 1 of our report, we spotlighted designs being exhibited at D’Space, including Platform, the launch pad for emerging designers.

Here, we look at more exhibits housed within D’Space, the area for design-led initiatives, as well as other key highlights from IFFS/AFS 2011.

Works resulting from a 3-day workshop conducted by renowned Japanese minimalist Naoto Fukasawa with a group of Singapore-based designers were shown at this year’s show.

The workshop, which was held last year under the theme ’Design Inevitable’, led the designers through the process of exploring, and finding inspiration in, the Singapore identity. The concepts were then further refined to create commercially viable pieces, and produced with assistance from leading Singaporean manufacturer Xtra Designs. Also shown at D’Space were the 11 recipients of this year’s Furniture Design Award (FDA). Now in its 18th edition, the award comprises two categories: Designers (opened globally to designers under 40) and Students.

The Grand Award Winner in the Designers category went to Jerry Low for his Wind Screen/Shelf (see Part 1 of our IFFS Report), while the top prize in the Students category was awarded to Yin Tzu-Chi from Taiwan for his Sheep Chair. An international jury of respected names in design were invited to judge this year’s Best Stand, Best Exhibit and Best Décor awards, including our very own Editorial Director, Paul McGillick! Here were some of the recipients.

The Best Exhibit Award had a total of 5 winners from 5 categories – Office, Bedroom, Living Room, Dining Room and Garden/Outdoor. The Best Stand award had two winners, one from the newly launched Hospitality Asia and the other from IFFS/AFS. A week-long festival titled ’SingaPlural’ will be launched next year as part of IFFS/AFS to bring the exhibition out of the event hall and into the city. The new initiative will involve exhibitions, talks, parties and showcases around town, and will include retail and dining experiences aimed at making design more accessible to the public. 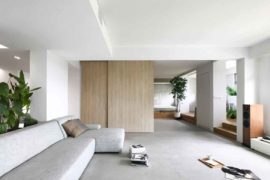 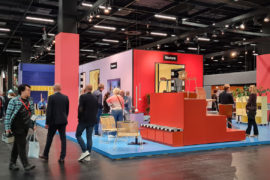 Indesignlive is on the ground in Cologne, Germany where the major workplace fair, Orgatec, has kicked off. Our editor Alice Blackwood brings us highlights from key brands showcasing at the fair. 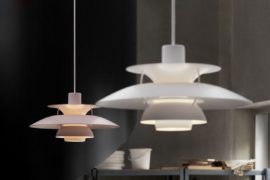 Exemplifying the ingenuity and craftsmanship of the design extraordinaire Poul Henningsen, Louis Poulsen unveils a stylish update of the PH 5 pendant with brand new shades and colour combinations.