Award-winning photographer Richard Koh shows us what the Singapore landscape looks like from the sky. Richard Koh is a Singaporean photographer who specialises in aerial, aerospace and aviation photography. His work has been exhibited in Singapore, Bangkok, Dhaka, San Francisco and New York, and he has received many awards including the International Photography Awards and Prix de la Photographie, Paris. In a book published by Editions Didier Millet, titled “Over Singapore”,  Koh offers readers a unique perspective of the city-state through photos taken from civilian and military helicopters, as well as tall buildings. Seen from the air, the island is revealed as a spectacular landscape of intricate patterns, rich textures and diverse colours. The stunning images show the unexpected diversity to be found here, providing a unique perspective from which to view the country’s landmarks and to explore the lesser-known sights of her industry, agriculture, and outlying islands. Importantly, the book underscores the dynamism of this rapidly developing nation, with the photographs complemented by insightful text written by diplomat and international lawyer Professor Tommy Koh, including an ‘insider’s guide’ to the various parts of Singapore. An excerpt from the photographer’s statement reads:

The photos featured in this exhibition and book of the same title were taken from both civilian and military helicopters. While in the air, I look for patterns and angles which are uncanny and which often resemble something else. Singapore, an island state merely 50km in length, has a surprising range of landscape from rural to urban, historical to modern. Although the concentration of iconic buildings are, as expected, in the city, I find the views of outlying areas more intriguing and often poetic.

This has been a fantastic harvest of images and a great personal journey. One wise saying I heard from a Catholic monk says: “Sometimes you get a better view of your own house from your neighbour’s house.” Flying over Singapore, I got a view of this land beyond imagination.

The Talk “Aerial Photography Over Singapore” will be held on Saturday, 3 October 2015, 2pm at The URA Centre, White Room, Level 3. Registration is free. Go to aude.sg/talks/registration/oversingapore/

The exhibition is located at the Singapore City Gallery on the third level (City Canvas) until 31 Oct.

The book “Over Singapore” is available at major bookstores and at Objectifs-Centre for Photography and Filmmaking. Most of the photos shown in this article are featured in the book. 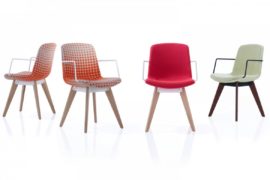