Singapore-based studio, Hjgher, believes that design is about the total experience. Huang Nickmatul speaks with its co-founder, Justin Long, for this story.

Singapore-based Hjgher began in 2006 with just 2 people, Justin Long and Jerry Goh – hence the ’j’ in their name. They began with a focus on print work, but today their portfolio includes branding, furniture and interiors, many projects of which have been well spoken of by industry watchers.

The magazine the studio puts out, Underscore, has been particularly well received – it was awarded ’Design of the Year’ in the Singapore President’s Design Award 2011. Today Hjgher remains a small studio, though now with 7 persons instead of 2! Hjgher’s approach revolves around what they term ’Design Psychology’. “It’s quite an analytical approach,” reflects Justin. “Understanding how design can affect behaviour can, in turn, affect design – but it’s a two-way street.” It may not be a big surprise to learn that Jerry’s background is in design but Justin’s is in behavioural studies. In fact, an observation on the behaviour of their clients became the push to expand their scope of work. Underscore has launched the U Store to collaborate with independent craft folk. Featured here: Folks Stool

Justin notes, “We realised a lot of our clients wanted to do things just because everyone else is doing it… I realised that the client actually needed more. For us, it is about providing the right solution and how best to provide this.”

This idea eventually fleshed itself out. “You know how you go into some places where the look and branding doesn’t gel? Each thing looks good by itself but when you put it together, it doesn’t make sense. I thought I could do it differently. Now when we enter projects, we provide totality.” This sincere approach and attitude is fast becoming their signature. Their gateway project for interiors and furniture was Kith, a cafe in Robertson Quay. “Initially we did only the branding. But the owners liked what we suggested for the branding and asked us to do the interiors. I was quite glad that they let us do that.” Since then, Hjgher has gotten involved in other interior projects. Their latest is Maison Ikkoku, targeted for completion in January 2012. It aims to bring together 3 disparate spaces – a cafe, a retail boutique and a bar – into one seamless experience. Justin muses, “We realised what we are good at is generating new ideas, interesting ideas. We are not worried about how to do it. We just mostly worry about whether the client will allow us to do it. If the client says yes, we just have to be resourceful enough to make it happen.” 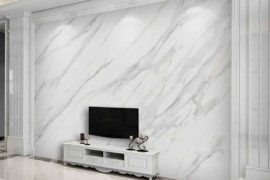