Festival of Media Asia in Review

The first such event in Asia sparked energetic dialogue with discussions on digital and social media, and how creativity and innovation remain at the core.

The Festival of Media Asia, which was held from 13 to 15 November at the Marina Bay Sands Expo and Conference Centre in Singapore, gathered together over 600 attendees, 40 speakers, and 50 of the world’s biggest brands for a lively dialogue on the media and marketing industry as a whole and in Asia.

The event included conference sessions, exhibitions, and numerous networking opportunities, culminating in a gala dinner where the inaugural Festival of Media Asia Awards were given out, recognising the most original and creative campaigns from the region.

In his welcome address, Charlie Crowe, Festival founder and CEO of C Squared said, “There is tremendous amount of creativity here, and we’re seeing this explosion of originality all over Asia. There is no better time to tap into it than right now.”

On the first day, a panel discussion featuring representatives from 3 major Chinese online corporations – Baidu, Youku and Tencent – covered the digital revolution in China, and their plans to one day challenge giants like Google.

Google, Wunderman, Young & Rubicon, McDonald’s, and Omnicom Media Group, then tackled the shortfall of talent in the media industry in Asia, exploring the reasons for this as well as the strategies to manage this problem.

Day 2 of the conference centred on the changing media landscape, beginning with a keynote by Carolyn Everson, Vice-President of Global Marketing Solutions at Facebook.

Everson gave the audience a preview of Facebook’s new Timeline feature, talked through the importance of capitalising on people’s social connection as the basis for marketing, and then presented how Facebook could support brands looking to create connections with their consumers.

“Social discovery is the most powerful driver of human behaviour in the world today,” said Everson, “We have always asked our friends for recommendations.”

Speakers from BBC, CNN and Dow Jones also shared their views on the future of mainstream media, particularly the ways in which digital was being integrated into their offerings.

And in a discussion of the social angle of the new media revolution, David Bebko, Google’s Director of Business Marketing, Asia Pacific talked about Google+ and the social dimension of the Internet.

The Festival of Media Asia 2011
festivalofmedia.com/asia 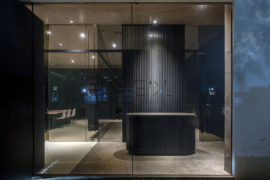