Lights for indoor plant cultivation, a new urban operating system for intelligent energy measurement, and technology that displays a live showcase on a 3D platform integrating visibility to building performance and efficiency – these were just some of the latest innovations that were being showcased at this year’s Build Eco Xpo (BEX) Asia, which ran from 10 to 12 October at the Marina Bay Sands Expo and Convention Centre.

Some 282 companies from over 28 countries participated, with many displaying new technologies and products that had been developed over the past year. Importantly the fair facilitated a projected US$90 million worth of business deals over the three-day event, which Michelle Lim, Managing Director of organiser Reed Exhibitions Singapore says “is a strong testament to the green demand from the region”.

Industry experts were also at FOCUS @ Bex to share their views and expertise in the field of green design. 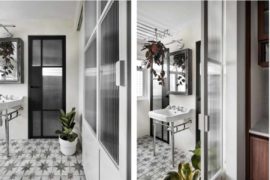